Accessibility links
John Legend On Talking Politics In Public, Even When It's Hard "If America doesn't want to consume the art of people who are liberal-minded, there's not gonna be a lot of art for them to consume," the singer tells NPR's David Greene. 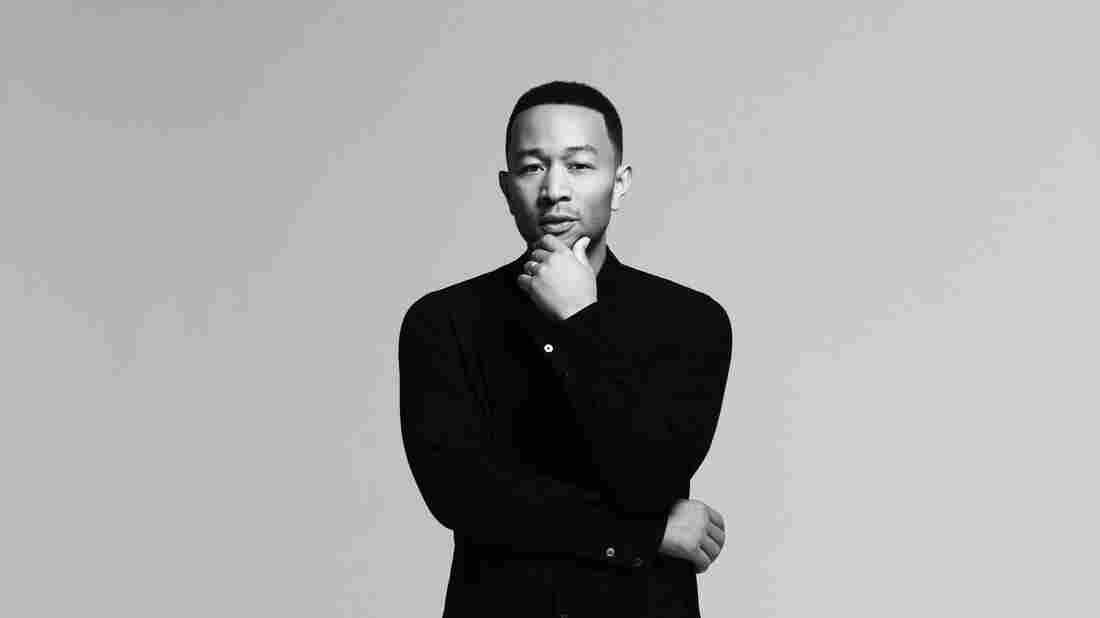 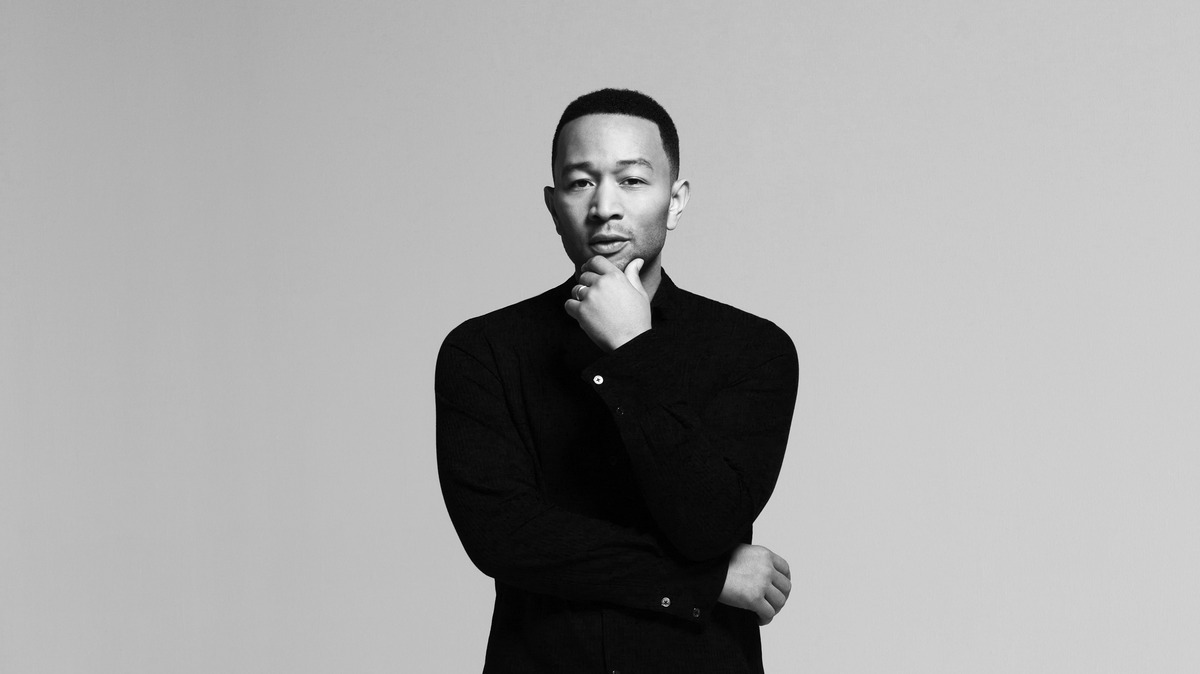 Even outside of his music career, John Legend has led a pretty charmed life. The son of a Midwest factory worker, he was high-school prom king, graduated early at 16 and turned down Harvard to attend another Ivy League school — The University of Pennsylvania. Oh, and he's married to a model.

Legend and wife Chrissy Teigen have a very public marriage: They update Instagram and Twitter all the time, offering fans a view of their home life, including their baby. But on his latest album, Darkness and Light, you do sense a struggle to balance public and private life, especially when it comes to politics.

"I would say as we have celebrated our love in public, most of the response has been very positive," he says. "But as we've maybe spoken about a certain person who's running the country right now, there's a significant amount of people that disagree with us and will make it clear that they do, and say we should shut up."

Legend spoke with NPR's David Greene about using his platform to address big-picture issues in America, and what happens when the debates get personal. Hear their conversation at the audio link, and read an edited version below.

David Greene: From the outside, it seems like you and your wife love your social media presence. Some people might be surprised to hear you feeling regret.

We do, but there is a psychic cost to it, because you deal with a certain amount of negativity as well.

And what do you make of that argument? People are saying, "Look, we prefer you stick to your music."

If you don't agree with my politics, the best way to love me is to just not follow me on Twitter. Honestly. Because I'm going to talk about politics on Twitter, but you can enjoy my music without even reading my Twitter.

You okay with someone who reads a tweet and decides, "I don't agree with his politics, I'm not gonna listen to his music ever again?"

I think that's their choice. If they found out how many of their favorite artists were probably more liberal than them, then their music collection will start to suffer! But it's fine — everybody makes their own choice. and I make my own choice to speak. I don't have to, and I know there's some cost that might be associated with it, but I do it anyway.

Well, we've always been liberal. Musicians, actors — it's almost by disposition. We deal with the gay and lesbian community all the time, so we're gonna feel like they should have the right to get married just like we do. We deal with people of all colors and all races and we travel to different countries all the time to perform, so we're going to have a more global view and more inclusive view. It's almost by nature and by circumstance of the things that we do. So if America doesn't want to consume the art of people who are liberal-minded, there's not gonna be a lot of art for them to consume. It's as simple as that, because the best artists — most of them are liberal. Sorry! There are some country artists I know that are conservative, but there's a lot more country artists that are liberal and just don't talk about it 'cause they know their fans will reject it. I have a lot of friends and believe me, some of them are liberal but they don't make a big deal out of it, because they know it'll alienate their base. I'm telling you, most creative people are liberal.

Are you OK with that? If you have a friend who does country music and decides ...

Yes, I'm OK with it! I understand that they have to make a decision whether or not it's worth the risk for them. And I understand everybody's gonna come out differently when they make that decision. Everybody's not political, everybody's not as willing to be outspoken and put themselves on the line as I am, and I'm fine with that.

You had what strikes me as not a small negative experience recently at an airport with some paparazzi and your new wife. What happened there?

So, the guy basically made some kind of joke that, "If we evolved from monkeys, why are you still around," was what this joke was basically insinuating — that I'm a monkey.

This is someone who's taking a picture of you?

He's taking a video of me that's clearly intended to get a rise out of me so that I have some kind of reaction on camera, and it didn't work. But my wife got in the car and she was like, "Did that guy just say what I think he said?" And I was like, "I think he did say that."

But you've built a defense against that.