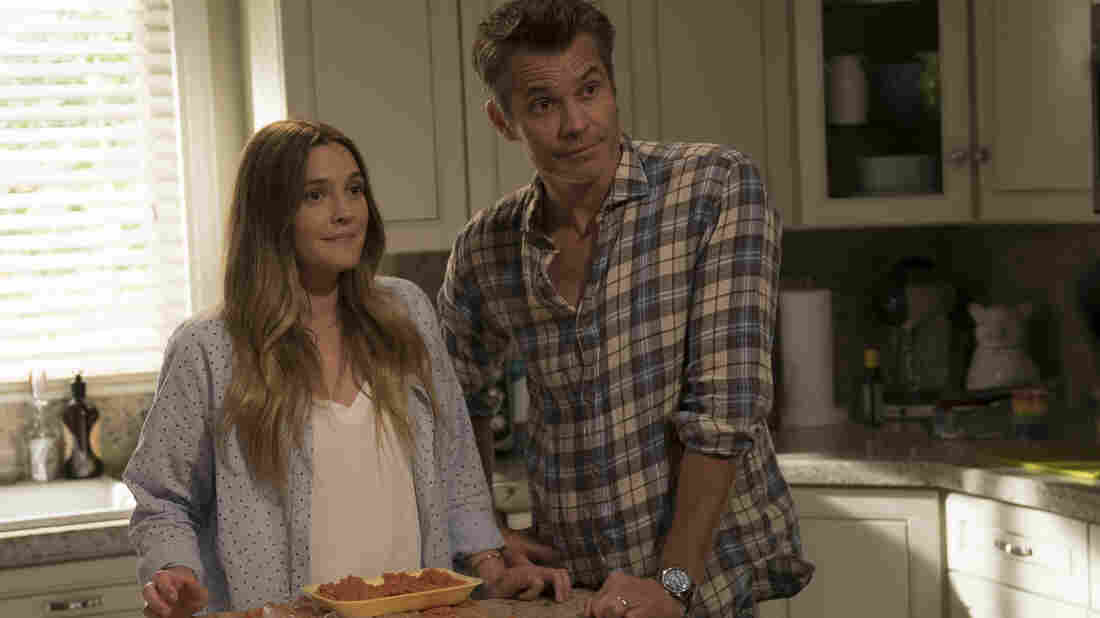 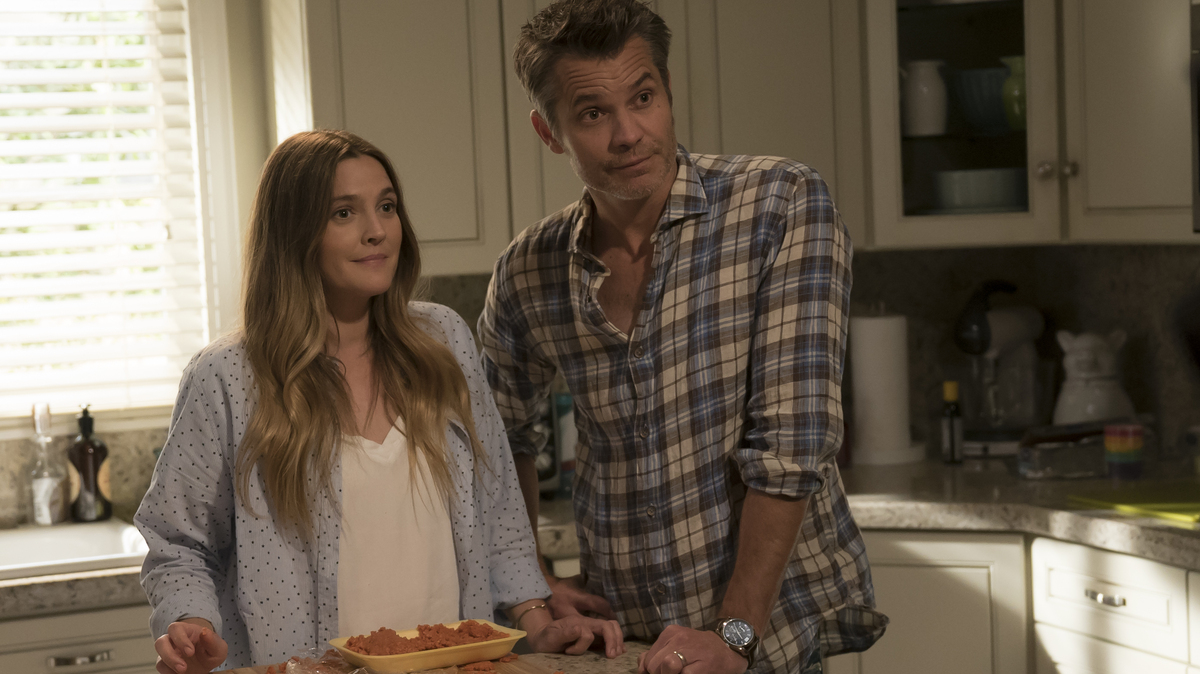 So says someone to Timothy Olyphant's manically grinning Joel Hammond, a few episodes into the smart, hugely funny Netflix series Santa Clarita Diet, and the thing is: they're right, it is weird.

Not that you can blame Joel: after all, his wife Sheila (Drew Barrymore) has recently — albeit briefly — died, and has since developed a craving for human flesh. She's also grown more confident in her job (she and Joel are realtors in a tony exurb), she's sleeping less but feeling great, and getting a lot more done in a day. She's also grown increasingly impulsive and id-driven.

That's what Joel's smile is about: it's a mask of geniality meant to conceal his barely throttled confusion, and fear, and his increasingly desperate desire to protect her, and their daughter (Liv Hewson), and their comfortable life, from detection.

Early on, Santa Clarita Diet goes to the well of low-hanging suburban jokes you expect it to: Range Rovers, smoothies, nosy neighbors, Pilates. But those are just there to establish the show's world: creator Victor Fresco (Better Off Ted, Andy Richter Controls the Universe) knows how and when to zero in on specifics, like the panicked, exasperated face Joel shows to the world — and the many things he mutters under his breath while trying to keep his family together.

Barrymore is great as a woman on a defiantly gore-flecked journey of self-discovery (squeamish viewers will make liberal use of the fast-forward button). As daughter Abby, Hewson is bracingly sardonic but never lets her character descend into the default sullen-teen persona that TV so stubbornly adores.

But really, this is Olyphant's show.

It may take you a while to adapt to what he's doing, especially if you've enjoyed his languorous, unflappable performances on Deadwood and, especially, Justified. This performance is something entirely else — nervous, excitable, both thoroughly and comically flappable. Dude spends entire episodes flapping like crazy, and it's fantastic.

The dialogue crackles with eminently quotable exchanges I won't spoil here, and the guest stars (some of whom disappear after a single appearance, for ... reasons) include Nathan Fillion, Patton Oswalt, Mary Elizabeth Ellis, Thomas Lennon, Grace Zabriskie, Andy Richter, and Portia De Rossi.

If you're here for the zombie stuff, there's some mythology for you, dutifully presented in discrete chunks. And it's likely some thinkpieces will crop up over the weekend tackling the show as a metaphor for consumerist culture, or suburban anomie, or feminist awakening, or something else entirely.

But Santa Clarita Diet's at it best when the blithe ridiculousness of its premise gets distilled into the relationships between its principal characters, as they attempt to navigate the way ahead.

There's a moment midway through the season, for example, when Joel and daughter Abby find themselves apart from Sheila for the first time, finally able to commiserate about just how deeply, deeply weird their life, and Sheila, has gotten. Amid all the blood and body parts and jokes about protein shakes, moments like this, animated by Olyphant's hilariously exasperated performance, make Santa Clarita Diet the funniest, most satisfying series of the new year.