Accessibility links
With Conflict And Drama, Trump Hooks You Like A Reality TV Show President Trump says and does things in a similar way to what you see on reality TV, says Tom Forman. He would know, because he makes reality TV shows. 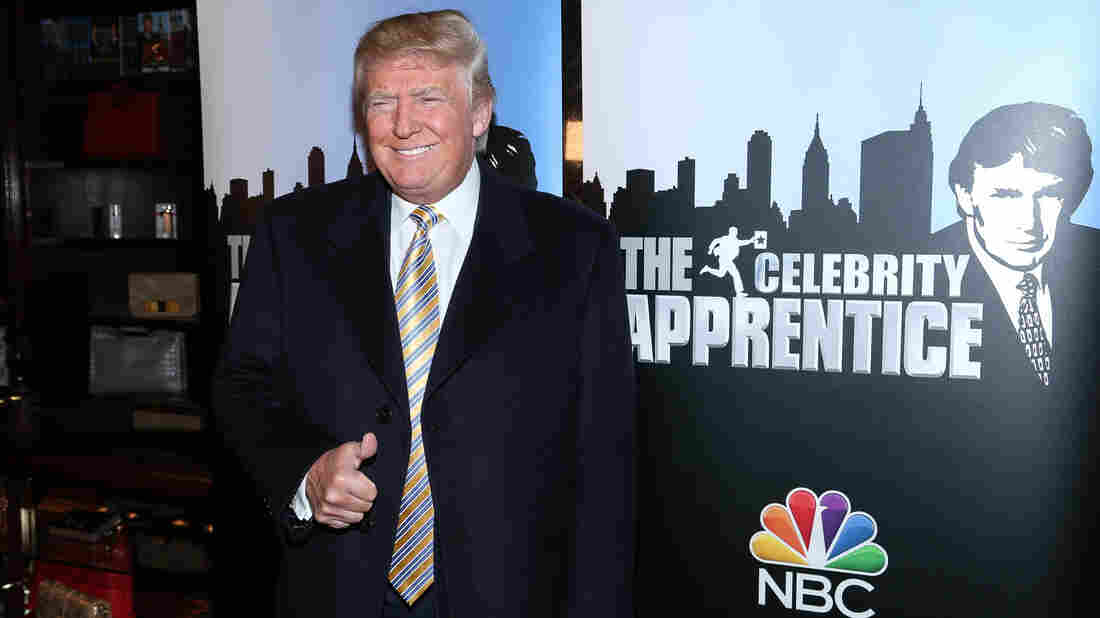 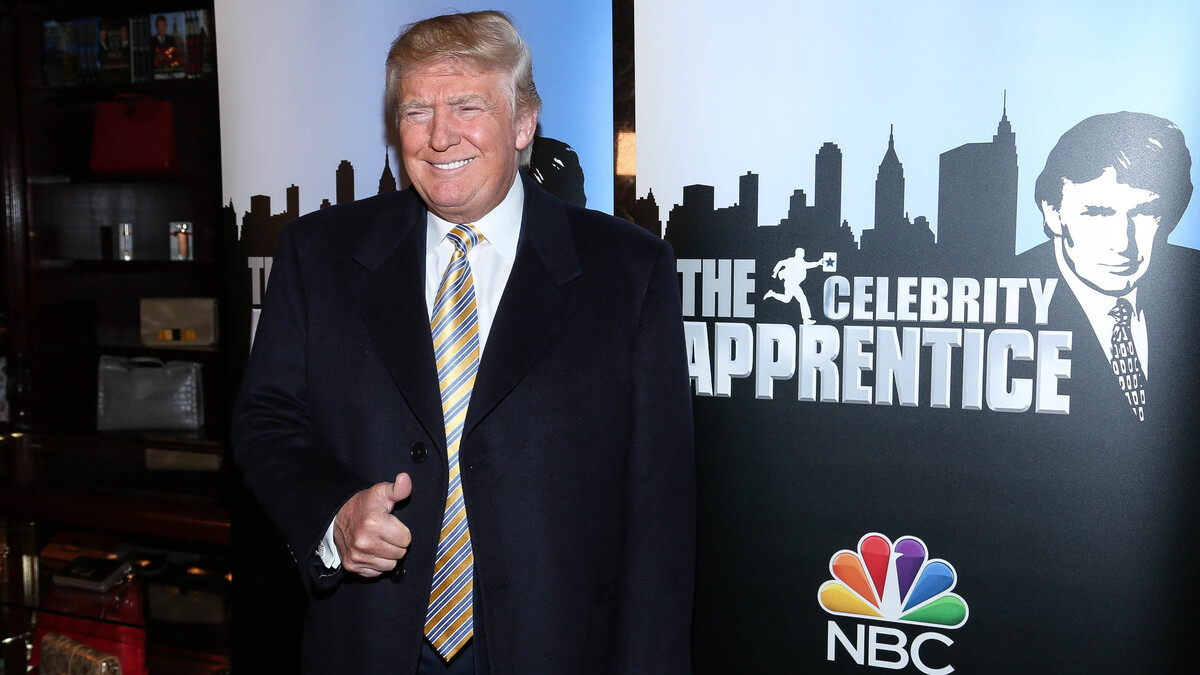 If one thing became clear over the course of the 2016 presidential campaign, it's that Donald Trump knows how to keep media attention on himself. If cable television coverage started to stray, a new controversial tweet or remark would draw it back to Trump.

An estimate from the media analysis company mediaQuant said Trump had received almost $2 billion in free media coverage by early 2016; by the end of the campaign the estimate was almost $5 billion.

And one reason Trump received so much coverage was that people were watching. The first debate between Trump and Clinton was the most-watched debate ever.

People tuned in because you never knew what to expect from Trump — what twists and turns lay ahead in the story of the campaign.

It was almost like a reality television show — which isn't surprising, as Trump was an executive producer and star of the reality show The Apprentice and hosted The Celebrity Apprentice. In fact, it wouldn't be surprising if he picked up some tricks from TV that he applied to the 2016 campaign.

"It was the best reality TV show," says Tom Forman. He would know, because he makes reality TV. Forman is the CEO of the production company Critical Content. He brought reality TV hits like Extreme Makeover: Home Edition and the controversial show Kid Nation to millions of viewers.

"Who knew how it was going to end?" he says. "Constant elimination, a big field that got narrowed over the course of the campaign. And just when you thought it couldn't get any weirder and crazier, somehow it seems to. Like, those were teases I couldn't have written if I tried."

Forman talked with NPR's David Greene about how he thinks Trump is approaching public relations during his new presidency — in a way you might expect to see on reality TV.

On how Trump communicates

He uses tools we use every day to tell and shape a story. [Like] conflict and drama — that's still the engine that powers all reality television. I guess I would note that, candidly, reality television does not typically address giant, macro-issues particularly well, right? It's not a genre of big ideas. And that's OK.

What it does do really well is interpersonal relationships — is taking big themes like love and jealousy and revenge, and boiling them down to conversations between two people.

I think Trump clearly knows that those small interactions that speak to larger themes are what connects with us as humans. And I think it's probably something that we should know too as we consume his tweets, as we watch White House press conferences or prayer breakfasts. That this is a guy who understands how to make us feel a certain way.

He's the anti-wonk. It's not operating at 30,000 feet. But neither would one of my sometimes-dumb reality shows. This is a visceral, red-meat story that we can sort of dig our teeth into. So I'm not surprised people do.

The media loves a good story, right? I think he knows the degree to which we like a simple story told well, and is doing his best to give us one.

I think Obama, smart though he was, an unbelievably talented speaker, was operating at that 30,000-foot level. He wanted to talk about policy. Obama would talk about the relationship between the federal government and state-funded education. And the federal government's role in helping people at a state level go out and get a college education. And that's unbelievably important, but it's dry.

Trump tweets about withdrawing federal funding, and suddenly you're impassioned and you have a point of view — and he's hooked you. What he's actually talking about is nuts, and certainly less important than the actual policy discussion. But he's made it understandable, he's made it personal, he's added a conflict-driven narrative. And look, those are the techniques we use every day, because they work.

On the reality-TV approach to storytelling

You don't want to get bogged down in an argument over facts when you make a reality television show. You don't want to convey a ton of information, because people get bored or lost or change the channel — and that's certainly not our business.

Live! From New York! It's Monday Night! And Possibly The Most-Watched Debate

You want to be directionally correct. You want to amplify what your viewers already believe to be true — what they know in their bones. And that means keeping the conversation at a pretty red-meat level. It's stuff I can grasp quickly, talk about at the dinner table. I think Trump just sort of gets that.

On whether people care about getting facts and information

Some of the disconnect between the news media and their viewers, readers, consumers today, is that they don't hold Trump to the same standards that reporters do. ...

I find it terribly frustrating. I was a journalist in a previous life, so I know exactly what it must be like to stand in a briefing room and wonder if what you're being told is true.

I guess on some platonic level, I too have an objection, but who cares. He's doing it and he's going to continue doing it. But I do think it's sort of incumbent upon us as voters to arm ourselves and to deconstruct the narrative coming from the White House or anywhere. You have to be an informed consumer of messages. But, like, that's on us. He's going to tell a story. He's really good at it and you're not going to stop him. You've just got to learn to read it right.