Accessibility links
How Is President Trump Doing? Voters In One Pennsylvania County He Won Respond Two weeks into Trump's presidency, we talk voters in Johnstown, Pa., about what they're thinking. The industrial city in the western part of the state voted overwhelmingly for Trump. 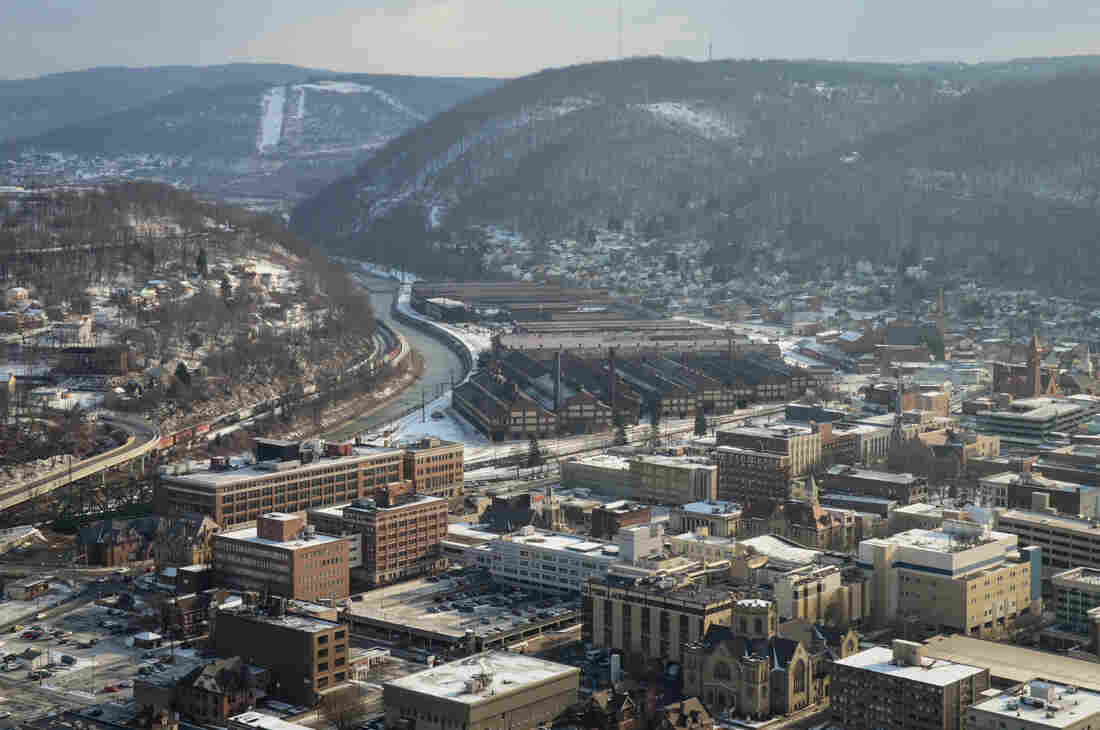 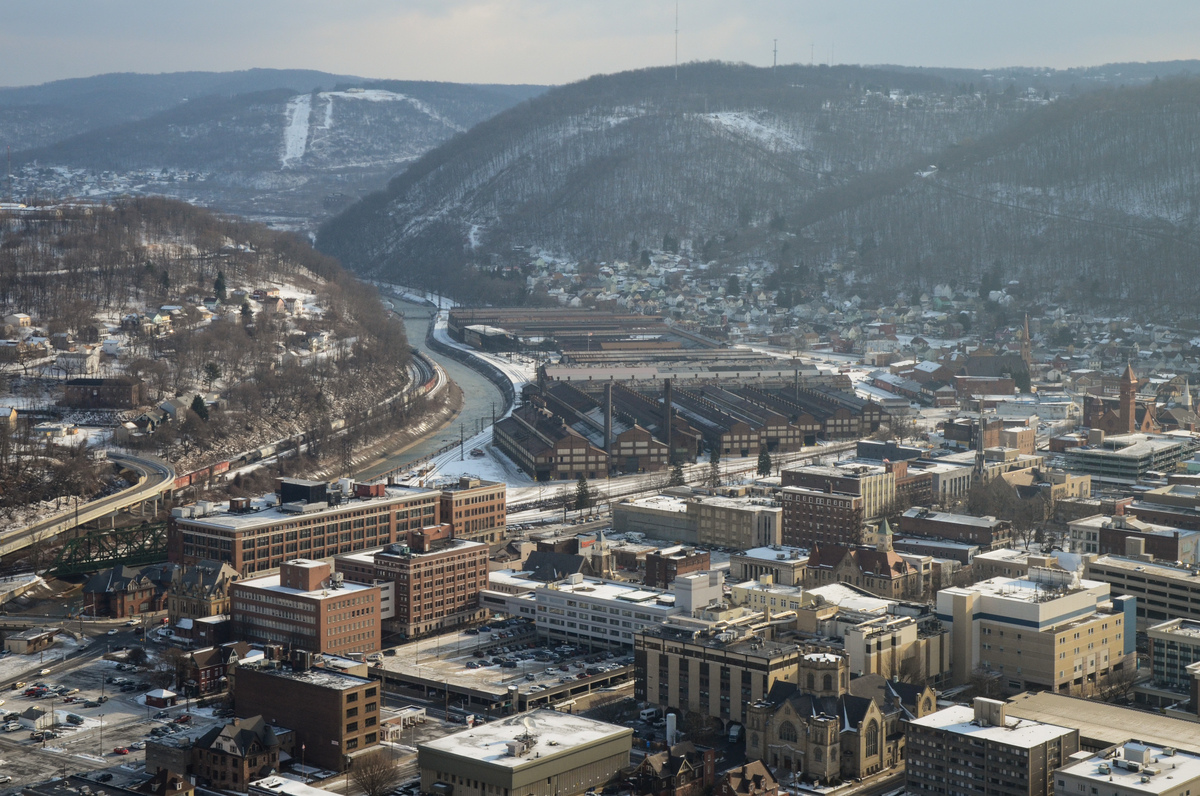 Johnstown, Pa., nestled in the Allegheny mountains, has more registered Democrats than Republicans, but has voted Republican in the last two presidential elections.

Johnstown, Pa. is famous for a few things: a big flood in the 1880s that killed many of its residents, having been a robust steel and coal town, and more recently, suffering from a rapidly declining population.

The town is nestled in a river valley of the Allegheny mountains of Western Pennsylvania. Cambria County, home to Johnstown, chose Barack Obama during the 2008 election, but went heavily for Donald Trump in 2016.

Michael McGough was born and raised in the area and says President Trump scares him, especially after seeing what he's done his first two weeks in office. McGough is a retired county worker and a registered Democrat who generally votes the way the town used to.

"This has always been a very heavy Democratic area. It was for a long time. And then the coal mines slowly started going under," he says. Now most of his friends and neighbors vote Republican. 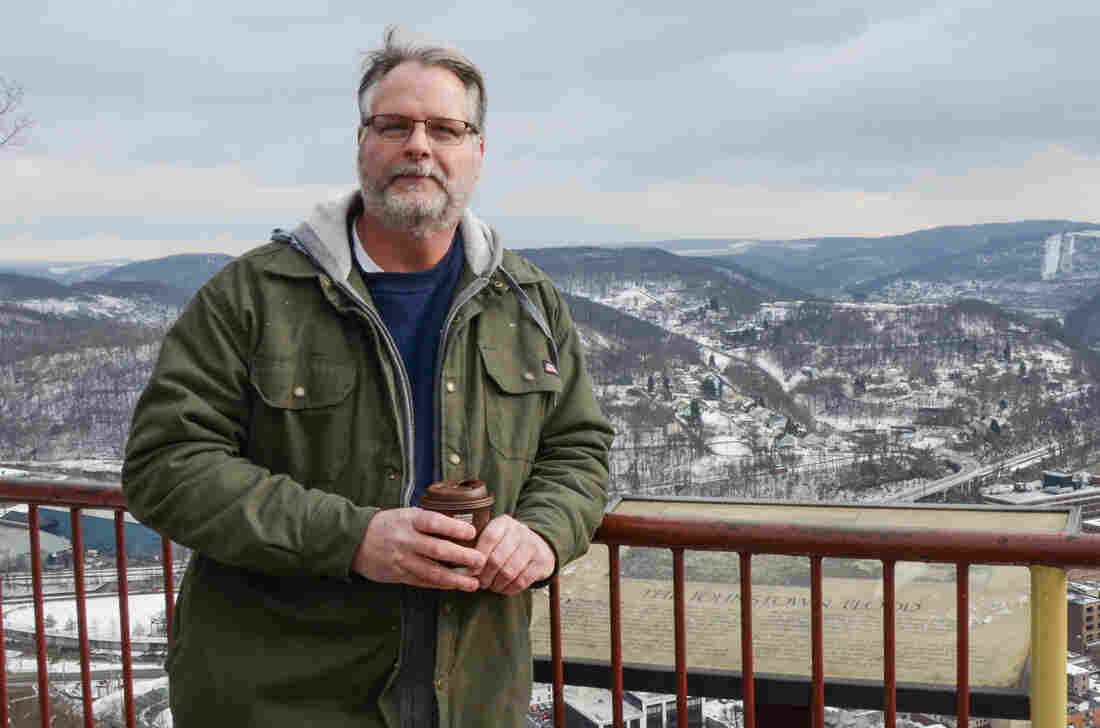 McGough thinks overall the city is in better shape than it was when he was a kid, even as jobs have been lost and people have left. Back then, he says, you could see a haze over the city and a fine dust on the cars in the morning from the industrial pollution in town. He's worried what could be ahead for Johnstown, and the planet, with a climate skeptic in the White House.

And there are still remnants of that prosperous, yet sully, city. Along the edge of the Conemaugh River sits a vast, mostly abandoned, steel mill called Gautier. At one point, decades ago, Gautier employed 11,000 people. Today it has just about one hundred employees. Back then, operations at the mill were so consistent the lights were always on. There were no switches to turn them off.

Jackie Kulback has been the company's CFO for a decade. Before then she worked at an air compressor company which she says shipped its jobs to Reynosa, Mexico, after NAFTA, the North American Free Trade Agreement — which President Trump opposes. 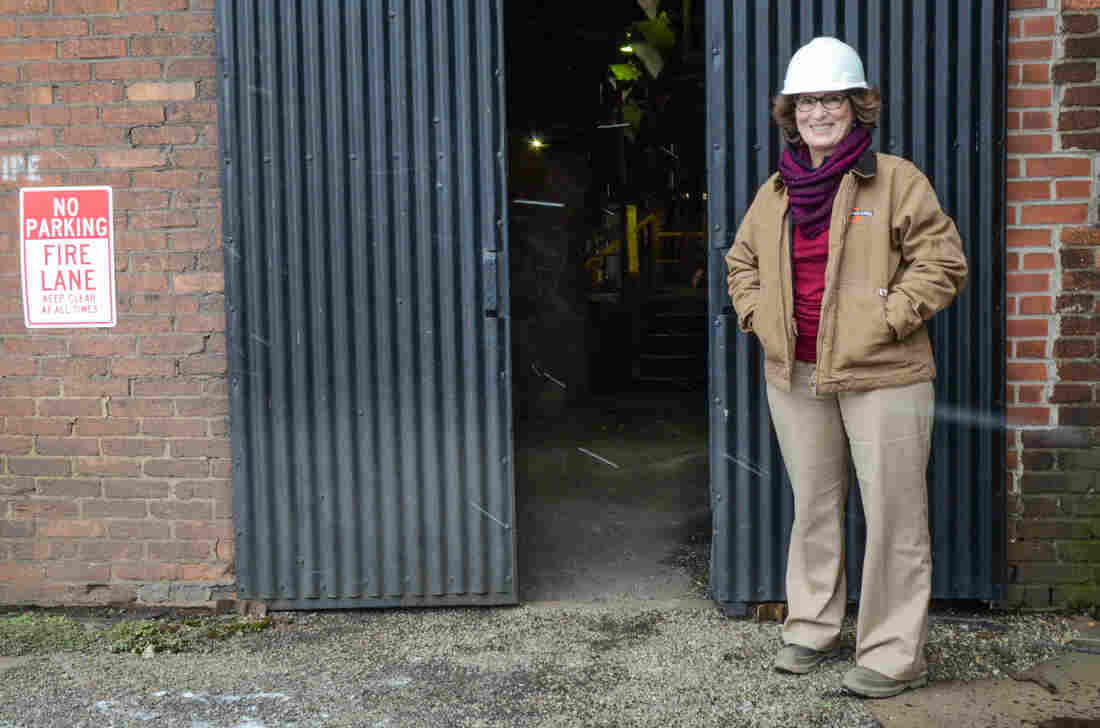 Jackie Kulback, CFO of Gautier Steel and chair of the local Republican party, campaigned hard to get President Trump into office and so far she's been impressed. Acacia Squires/NPR hide caption

"I saw people's lives change, and not for the good," she says. Many economists say that automation has cost far more industrial jobs than trade deals, but the bottom line here is an unemployment rate higher than the national average, and wages that are lower.

She says she saw the need for change under the Obama administration and that moved her to get active in politics. Now she's the chair of the Republican party here and campaigned hard to get President Trump into office. So far she's been impressed with him.

"Jobs trump everything," she says. Though she can't say for certain that the President's economic prescriptions will work, she's willing to give them a try.

As for Trump's travel ban, keeping out people from seven majority Muslim nations, she points out that the Flight 93 Memorial is very close to Johnstown. "That hit close to home" she says, acknowledging that even though the 9/11 hijackers were from countries outside the ban, she feels the need to further secure U.S. borders.

Alan Cashaw is the head of the local NAACP and helps to run a modest store near the steel mill called Greater Prospect Store. Cashaw says his expectations weren't high for President Trump and so far the new president has met those low expectations.

When it comes to race relations in Johnstown, Cashaw says he thinks the change in the White House has emboldened some people to commit racist acts. A couple of weeks ago, on Martin Luther King Jr. day, someone drove around town carrying an effigy of a hanged Dr. King in the back of a pickup truck. A sign on the back of the vehicle also read, "In Loving Memory of James Earl Ray," the man who assassinated King. 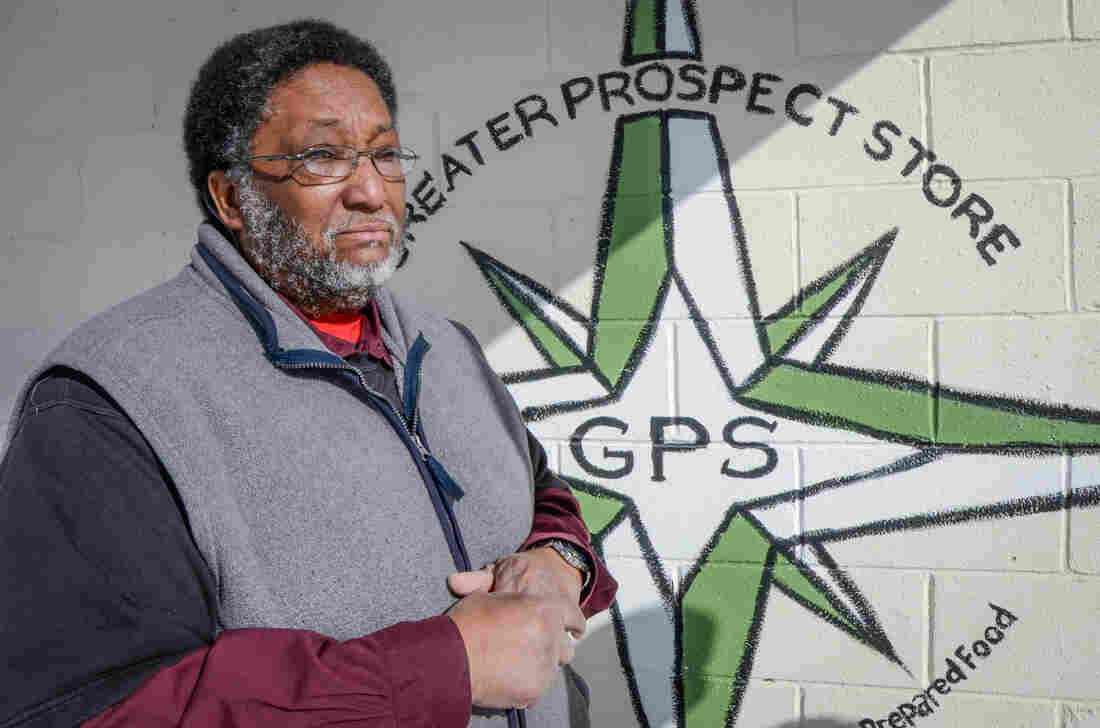 To Cashaw, there's a silver lining to that cloud. A long dormant anti-racism coalition has been energized and is reacting. Despite his disappointment with Trump, he says he knows the country will survive. "We're the country."

Carolyn Sharp works the cashier at a Lebanese restaurant, owned by an immigrant in town. She voted for Trump.

"I feel like maybe somebody who has a little more power and has a big mouth can actually get some words across," she says.

And she approves of the president's early steps to keep some people out of the United States, even though she comes from an immigrant family herself. She's Serbian.

"My grandma had 14 brothers and sisters and her parents came over here, and they're on the wall in New York on Ellis Island."

It's clear she feels those contradictions. She says she read on Facebook about a local man whose brother was kept out of the country by the president's travel ban and it bothers her. But like others here, she'll give the new president time.

A previous version of this story and its corresponding photo misidentified Jackie Kulback as Jackie Culbeck.