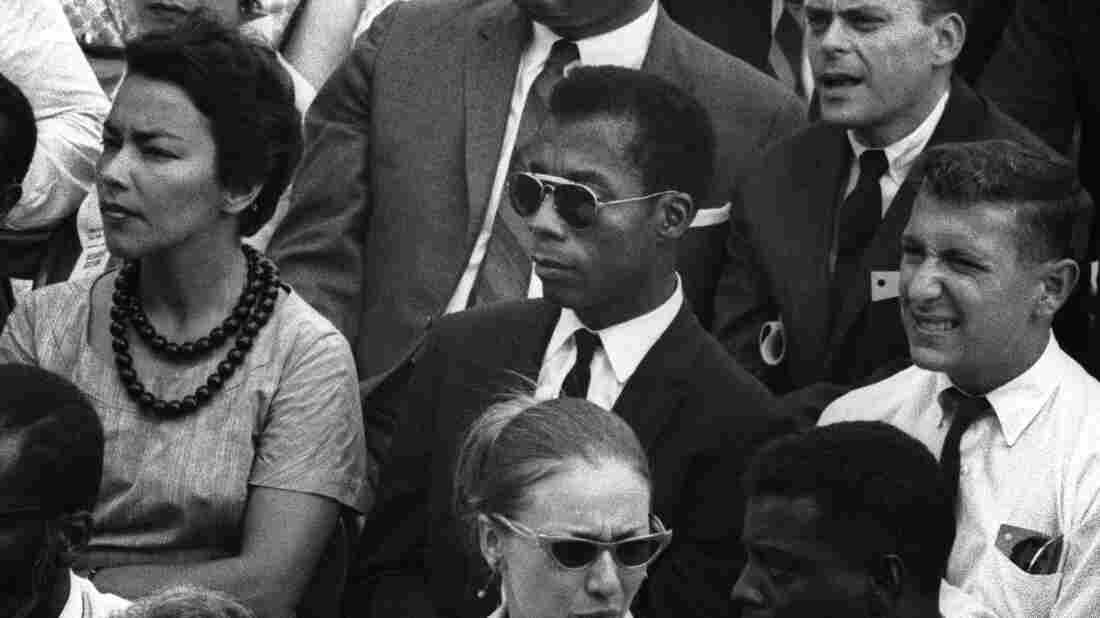 James Baldwin, in the new documentary I Am Not Your Negro. Dan Budnik/Magnolia Pictures hide caption 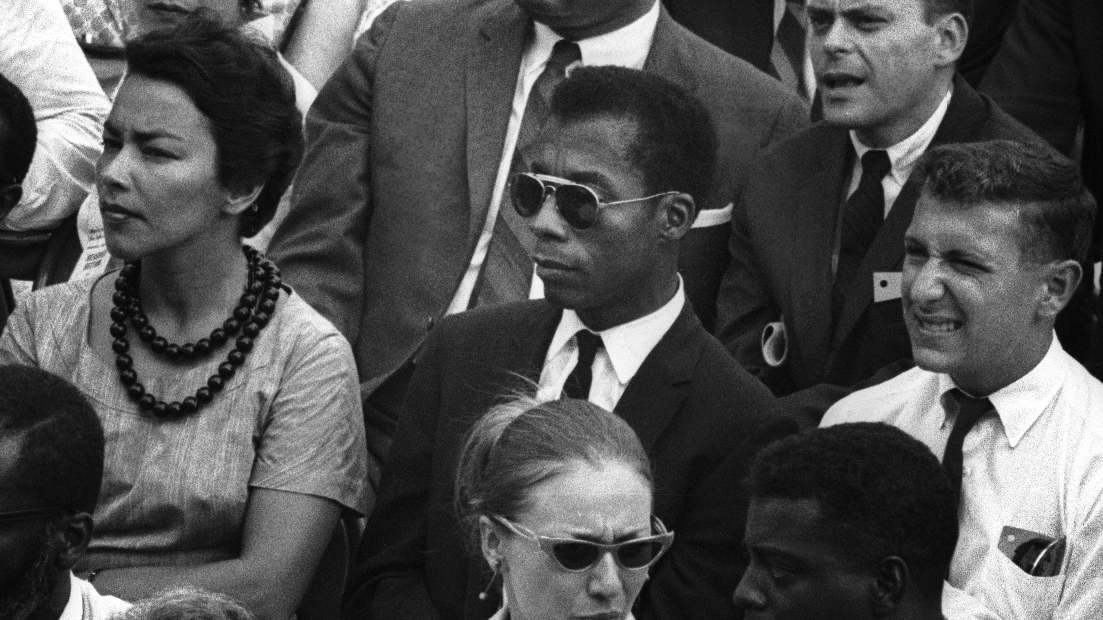 James Baldwin, in the new documentary I Am Not Your Negro.

Editor's note: This piece includes quotes from James Baldwin in which he uses a racial slur.

Fimmaker Raoul Peck's Oscar-nominated documentary I Am Not Your Negro features the work of the late writer, poet, and social critic James Baldwin. Baldwin's writing explored race, class and sexuality in Western society, and at the time of his death in 1987, he was working on a book, Remember This House. It was never completed, but his notes for that project became the foundation for Peck's I Am Not Your Negro.

Among those notes was a letter J Baldwin wrote to his literary agent, Jay Acton, in 1979. In that letter, he wrote that he wanted to explore the lives of three of his civil rights movement contemporaries and close personal friends: Medgar Evers, Martin Luther King, Jr., and Malcolm X. "I want these three lives to bang against and reveal each other as in truth they did," he wrote, "and use their dreadful journey as a means of instructing the people whom they loved so much who betrayed them and for whom they gave their lives."

Peck had been wanting to make a film about Baldwin for years, but he says it felt like an impossible one to make. When he first read Baldwin's letter, he knew he had the basis for that film. "I had access to those notes, which for me was the real opening I needed to address the film I wanted to make — which was how do I make sure that people today come back to Baldwin and the important writer that he was, and the important words that he have written, and [have] this well-needed confrontation with reality today with words that he wrote 40, 50 years ago?"

And Peck wanted to do the same with I Am Not Your Negro. In the documentary, he weaves together archival images and footage to illustrate the impact Medgar Evers, Martin Luther King Jr., and Malcolm X had — the ways in which they were different, and perhaps more importantly, the ways in which they were alike. Peck says MLK Jr and Malcolm X are often portrayed as being polar opposites in the civil rights movement, but at the times of their deaths, they had in fact become increasingly interested in economic injustice and the class disparity.

"One of the important parts of this story is that both of them were leaving the race issue, because they understood that it was just one side of the battle," Peck says. "It's about class — how in this country, the classes reproduce themselves. If you're born rich, you have a 99% chance to stay rich. If you are born poor, you have a 99% chance to stay poor. That's the big great story of the American dream. It was always the dream of a minority."

It comes as a great shock to discover the country which is your birthplace, and to which you owe your life and your identity, has not in its whole system of reality evolved any place for you.

But I Am Not Your Negro isn't just a history of the civil rights movement, or its key players. The film also examines, as James Baldwin did in his writing, institutions of racism and the ways they have been upheld throughout the years in American society by people in power, even by Hollywood, through stereotypes and erasure.

"Leaving aside the bloody catalogue of oppression which we are, in one way, too familiar with already. What this does to the subjugated is to destroy his sense of reality," Baldwin said. "This means, in the case of an American negro, born in that glittering republic. And the moment you were born, since you don't know any better, every stick and stone, every face is white, and since you have not seen a mirror, you suppose that you are too. It comes as a great shock around the age of 5 or 6 or 7 to discover that Gary Cooper killing off the Indians — when you were rooting for Gary Cooper — that the Indians were you! It comes as a great shock to discover the country which is your birthplace, and to which you owe your life and your identity, has not in its whole system of reality evolved any place for you."

Peck says Baldwin deconstructed Hollywood, "and all the soft power that Hollywood means, and the lies that is also transported in those films. This is something that we need to confront ourselves with." Indeed, confronting ourselves is at the core of I Am Not Your Negro. When Peck began working on the film ten years ago, he meant to rely mostly on Baldwin's words. As he worked, however, the narrative shifted.

"It became scarier and scarier because I realized I was making a film where the reality was galloping even quicker than I was making it. At the time, my concern was, how do I put these important words of James Baldwin on the front row? You know, how do I make them accessible to the new generation? And as I was editing this film, we started to have those images of young black men being killed — of the resistance, of Black Lives Matter, of young people again going on the streets to protest. And it was incredible to see. It's happening again, almost the same words and the same anger. And then you see that, my God, nothing have changed fundamentally."

There are days — this is one of them — when I wonder, how precisely are you going to reconcile yourself to your situation here, and how are you going to communicate to the vast heedless, unthinking, cruel white majority that you are here?

So Peck turns Baldwin's words into a mirror on modern audiences by juxtaposing the archival tape of the civil rights movement, or Baldwin's speeches and television appearances, with carefully chosen contemporary footage. As Baldwin speaks about the possibility or impossibility of a black president, Peck plays tape from the first Obama inauguration. As Baldwin talks about how black people have seen the "corpses of your brothers and sisters pile up around you, not from anything they have done — they were too young to have done anything," the film shows photographs of Tamir Rice and Trayvon Martin.

And, in a 1963 television segment titled "The Negro and the American Promise," as Baldwin speaks about the way Malcolm X validates protesters' existence, a young black protester shouts "I am" on the streets of Ferguson in 2013 — and Baldwin muses, "There are days — this is one of them — when I wonder, how precisely are you going to reconcile yourself to your situation here, and how are you going to communicate to the vast heedless, unthinking, cruel white majority that you are here?"

Raoul Peck says that Baldwin always spoke directly to his audiences — then and even now — and his words were frank and direct without being cruel. Baldwin put the onus of change squarely on people in positions of power and privilege. "What white people have to do," Baldwin said once, "is try to find out in their hearts why it was necessary for them to have a nigger in the first place. Because I am not a nigger. I'm a man. If I'm not the nigger here, and if you invented him, you the white people invented him, then you have to find out why. And the future of the country depends on that. Whether or not it is able to ask that question."