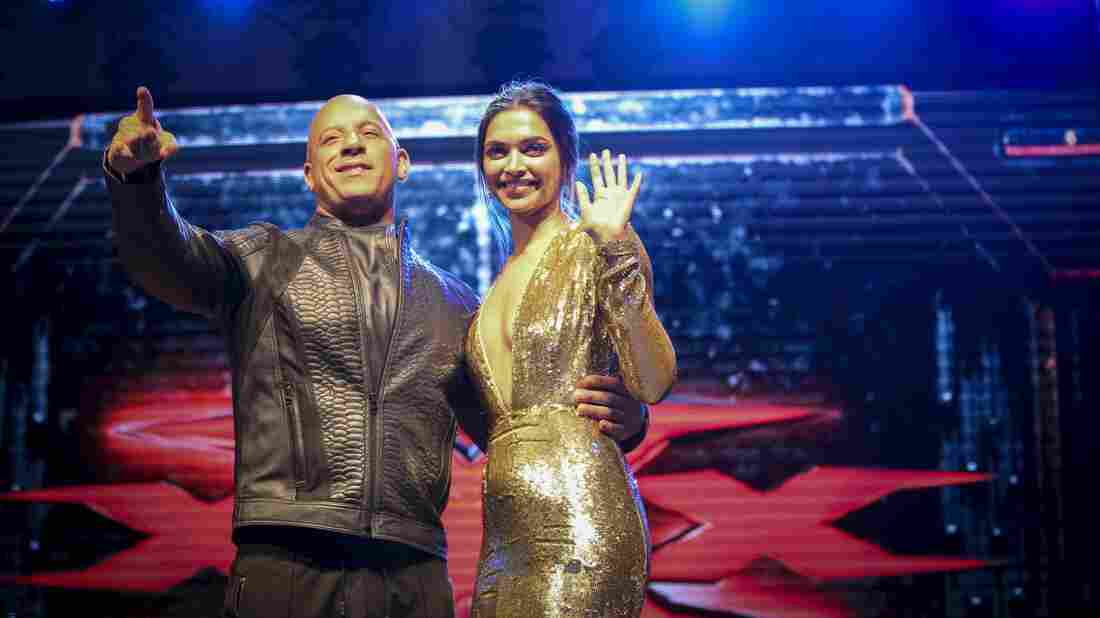 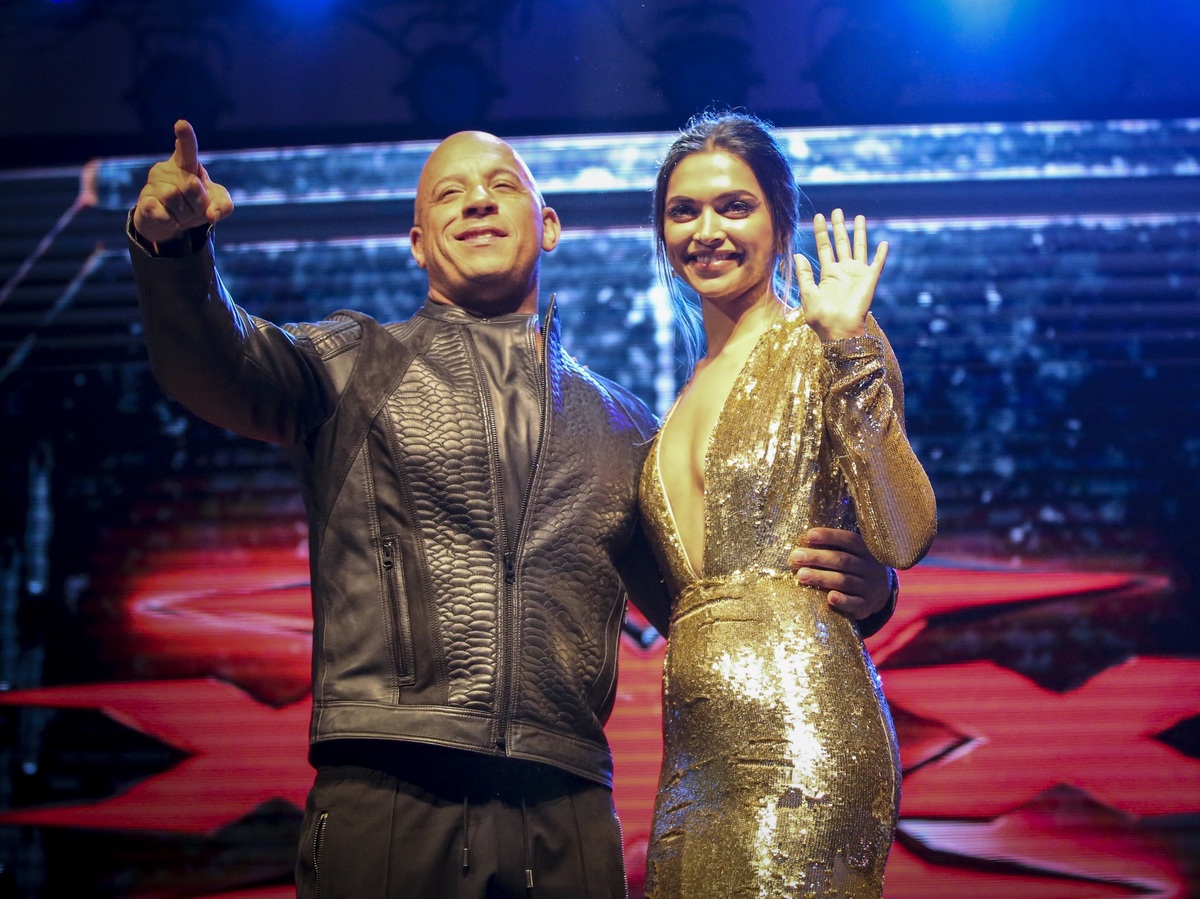 For years Hollywood studios have been targeting movie audiences in India and China. In the past, they'd dub their films into local languages. Now, that strategy is shifting, and filmmakers are beginning to American stories with regional stars.

When you arrive in any Indian city, it's very likely that the first face you'll see — and the first voice you'll hear — is Padukone's. Whether it's on billboards, magazine covers or movie posters, her long tresses, smoldering eyes, and megawatt smile are literally everywhere.

#LongReads: Blame It On Bollywood

"Deepika Padukone is the hugest female star you've had in India for a very long time," says Lata Jha, a film reporter for the Mint newspaper. "She has this incredible combination of box office success and extremely critically acclaimed performances to her credit."

Those award-winning performances range from a London twentysomething with a drinking problem to a medieval Muslim princess in a tragic relationship with a Hindu king.

I think I came into my own, and that's when I really started enjoying my work, the day I stopped worrying about fitting into the mold.

So Padukone began pursuing more complex roles with critically acclaimed filmmakers. "I think I came into my own, and that's when I really started enjoying my work, the day I stopped worrying about fitting into the mold and fitting into what people thought was right, and the day I discovered myself and I started doing what I thought made me happy."

Film critic Aseem Chhabra says that shift was visible in her performances. "Modeling led to her acting," he says, "but then she survived it only because she became a better and better actress."

But while her career was flourishing on screen, Padukone was struggling in her personal life. Two years ago she did something unheard of among Indian celebrities: She went on national television to reveal that she was battling depression.

"The whole intention of coming out and speaking was because when I experienced depression, I realized how difficult it was," she says. "There was so much stigma attached. And for people who might be experiencing it, I want them to know that there is hope, and there's absolutely nothing wrong in talking about it, or seeking help."

Padukone became a model for the self-aware, modern Indian woman. And now, with goodwill, respect and commercial success, she's setting her eyes on the ultimate prize: Hollywood.

This was partly because its initial release was limited to IMAX and 3D. But it may be an uphill battle for Padukone to replicate her reigning status as the commercial and critical queen of Bollywood in Hollywood.