Accessibility links
Interview: Daphne Merkin, Author Of 'This Close To Happy' Novelist and critic Daphne Merkin's new memoir This Close to Happy chronicles a life spent struggling with depression, from love-starved childhood to hard-won equilibrium: Not cured, but functional. 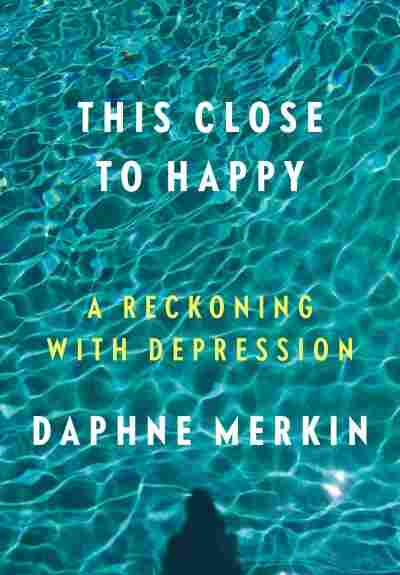 This Close to Happy

A Reckoning With Depression

Daphne Merkin is a productive and admired professional, a writer and critic for the New Yorker and the New York Times Magazine, a novelist and essayist. But all of her life, she's struggled with melancholy, the blues, the black dog, the blue devils — depression, by any other name.

In her new memoir, This Close to Happy, she writes about how she's made her way through life, not despite, but with depression. She tells NPR's Scott Simon that sometimes she just has to push herself through bad days. "At really bad times, I will admit I don't get up," she says. "I sort of languish, or sleep. But mostly I try and combat it by assertions of will. Which is not the same as saying, 'Pull yourself up by your bootstraps,' though ... there's a point at which these assertions of will don't help. But otherwise I think there's a way of negotiating depression, like, talking to it. Saying, 'you can do this, you'll be OK, try going outside, try sitting at your desk.' You know, kind of coaxing oneself."

On not finding a "magic pill" for depression

To my own surprise, I remain enormously ambivalent toward medication. Which isn't to say that I don't take it. But there isn't a lot of hard and fast knowledge about medication. It remains, as I have said — and I'm not the only one to say it — it remains a form of guesswork, however informed. But I have found that whenever I've tried to go off, which I have tried as recently as last summer, my mood plummeted, and I was just feeling suicidal. I scurried back on.

Lip Gloss, Handbags And Margaret Drabble In 'The Fame Lunches'

Both of them were refugees, basically, from Germany ... and I think it's easy to underrate what that kind of being forcibly ejected from your homeland does, and the whole process of resettling ... and I think that whole process, and the reality of the Holocaust marked both of them. They both lost close relatives, and I think my mother particularly was very focused — not obsessed, is the wrong word — but it remained an enormous part of her sensibility.

On whether her professional success affected her mood

To be very honest, I would say not enough. I don't know if I took it in, really. I mean, I took it in in the sense that one of my ways out of myself is to get very absorbed, either in what I'm writing, or when I was in book publishing, writers I was acquiring and editing. So the absorption was a wonderful part. And there were moments I felt the pleasure of it — but it didn't go very deep.

On whether motherhood made a difference

When [daugher Zoe] was very young, I was still often very very depressed, so I think in her very early years — although I was certainly there — there was also this sense of sort of bleakness about my own past. I think I also wanted my parents to come through as grandparents, which they just didn't. But as my daughter got older, it's done an immense amount for me to be a mother. I mean, it has a degree of reparativeness.

On not wanting to stay in therapy forever

I don't think I want to clamber into the grave having just come out of a therapy session. And I am beginning to see — which I can't say this was so true years ago — I'm beginning to see where it might end, a natural end. Not that I'm fixed, but that some of the issues have been as resolved as they're going to be.