Accessibility links
When Caterpillar Leaves Peoria, What Will Become Of The Town? The Caterpillar company is moving its headquarters from Peoria, Ill. to Chicago. It's a blow to Peoria, but the company says its executives need to be closer to Chicago's transportation options. 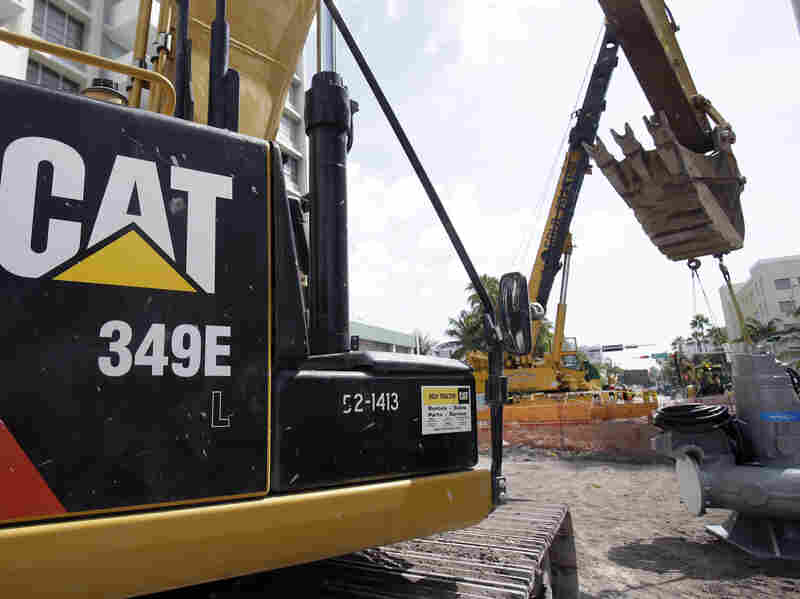 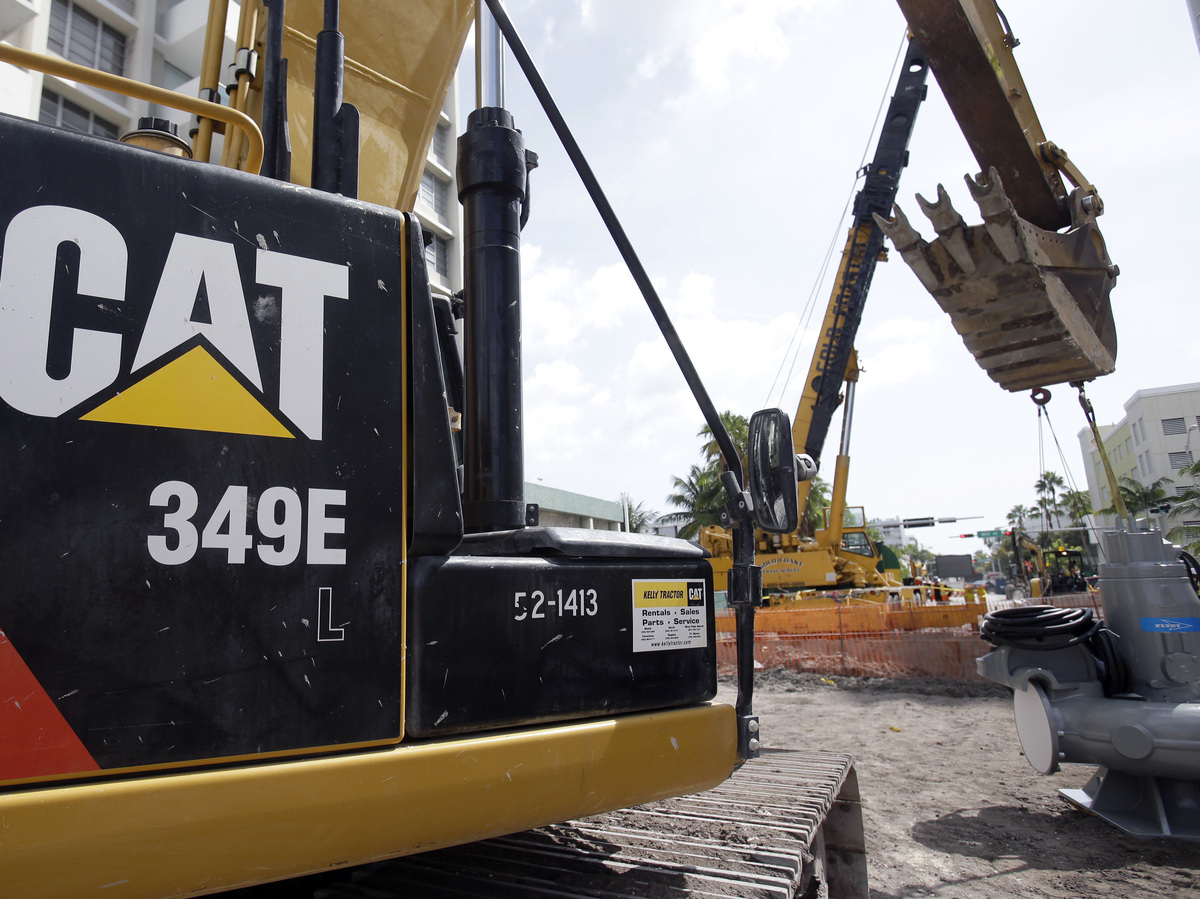 A Caterpillar excavator operates on a construction site in Miami Beach, Fla.

It's been a hard week in Peoria.

William Ryan Owens, the Navy Seal who was killed in a raid in Yemen, was from Peoria, Ill. Defense Secretary James Mattis said, "He gave his full measure for our nation."

And the Caterpillar company announced that after more than 90 years, it is moving its world headquarters from Peoria to Chicago. It is hard to overestimate the blow this is to Peoria.

"A kick in the gut," is how Mayor Jim Ardis described it. He told Tanya Koonce, news director at member station WCBU, that Caterpillar's departure is "very sobering and very shocking."

Caterpillar is 59th on the Fortune 500 list of American companies. It makes much of the construction, mining and farming equipment that digs earth all over the world. Caterpillar is why you could walk down Main, Adams or Monroe streets in Peoria and meet people from China, Germany and Nigeria. Peoria has been proud to be the town that sends strong machines to farm and mine the world.

In 2015, the company said it would even expand its Peoria world headquarters. But now they say business has changed. About two-thirds of their work is overseas, and company executives have to be close to the world transportation hub of Chicago, about 170 miles away.

Nick Vlahos, the Peoria-Journal Star columnist, points out that in 2015, ConAgra Foods moved its headquarters from Omaha to Chicago. He thinks many executives of what's become a world agricultural industry jet around the globe and, just "want to live somewhere else," he wrote this week. "How you gonna keep them down on the farm after they've seen Kuala Lumpur?"

Caterpillar will continue to employ about 12,000 people in Peoria, although Nick Vlahos asks, "after all the happy horsepucks the company has propagated ... about its commitment to Peoria ... does anybody believe that?" But 300 people, executives and support staff, will leave town. In one stroke, Peoria will lose many of the people who help enrich a city's institutions.

I hope Caterpillar's executives will enjoy Chicago's many museums, theaters, symphonies, ballet, sports teams and restaurants in all of the flavors of the world.

But who will now buy box seats to cheer the Peoria Chiefs? Or support the Peoria Symphony, now in the middle of its season, the Peoria Children's Museum, the Corn Stock Summer Theater, the Peoria Zoo, the Players Theater, now performing Into the Woods, and the Peoria Riverfront Museum and its huge glass tank filled with silvery striper, trout, walleye, and channel catfish from the Illinois River?