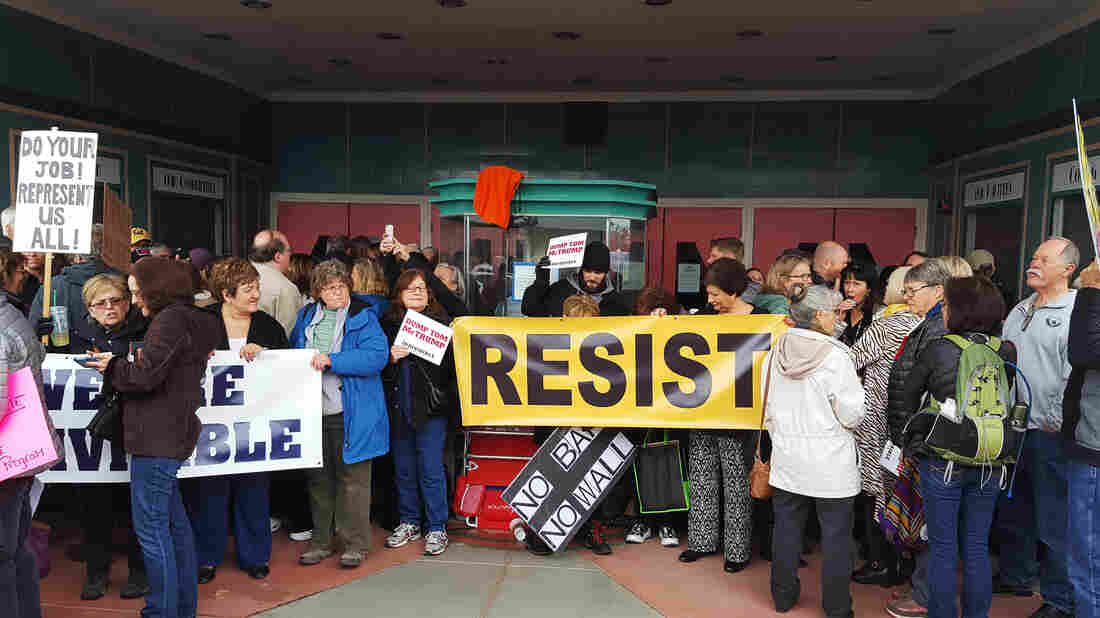 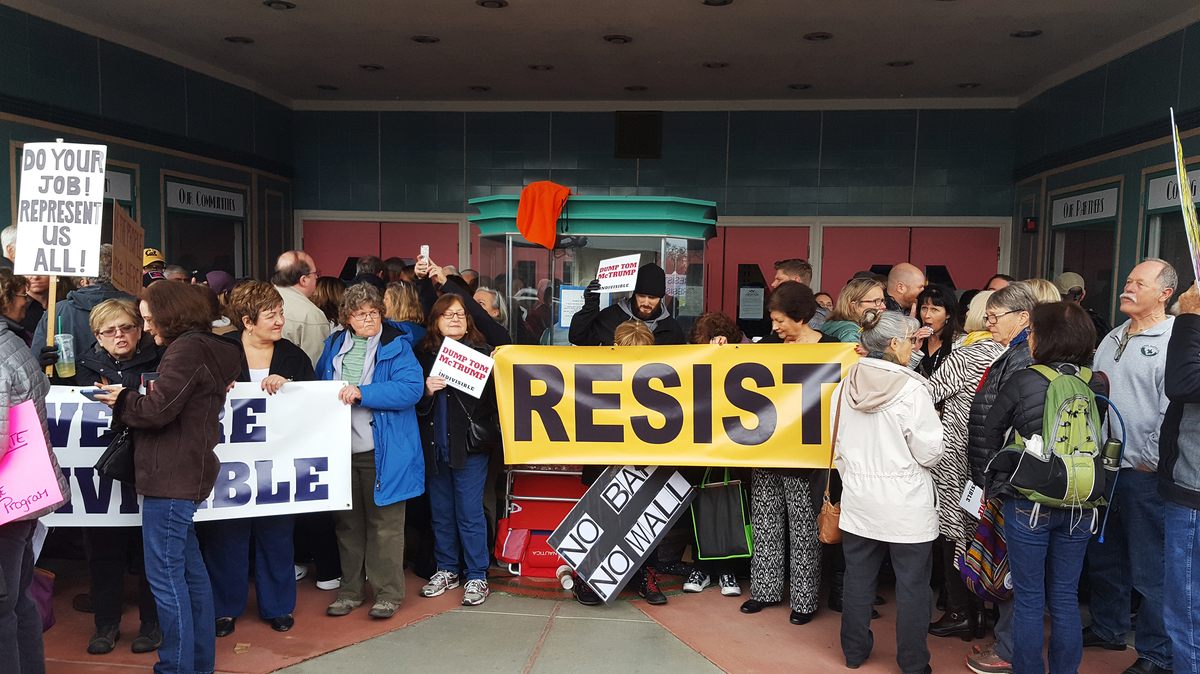 Protesters wait to get into a town hall meeting held by Rep. Tom McClintock (R-Calif.) in Roseville, Calif., on Saturday.

Hundreds of protesters descended on a town hall meeting hosted by California Republican Rep. Tom McClintock on Saturday, peppering him with questions and putting him on notice that they didn't want him falling in line with the Trump administration.

Holding signs reading, "Resist," "No Muslim Ban, No War in Iran," "Protect Social Security," and "Do Your Job! Represent Us All!", the demonstrators turned up early at the event in Roseville, a conservative suburb north of Sacramento. A line snaked around the building where the town hall was held as people waited to get in — and hundreds did not once the venue filled up.

"I think we're on the wrong side of history right now," said Janine Allwright, who lives in McClintock's district. She came to the meeting with her 9-year-old daughter and said she's passionate about protecting refugees. "We're making decisions that will effect us for decades to come and I think it's wrong."

People upset over the election of Trump have repeatedly taken to the streets over issues like his immigration ban and flooded the U.S. Capitol with phone calls. With this protest at a Congressional town hall meeting, voters appear to be saying they won't limit their demonstrations to targeting leaders at the highest level of government.

The mood in the town hall was tense throughout the hour-long session. McClintock, who won re-election with 63 percent of the vote, was inundated with questions ranging his from support for a border wall to how he would help impeach the new president (54 percent of the district voted for Trump).

"I understand you do not like Donald Trump," McClintock said. "I sympathize with you. There have been elections where our side has lost."

His comment was met with jeers from the crowd, which wanted to talk about issues like Obamacare.

One of the town hall attendees, David Emerson, said his wife has a heart condition and they couldn't afford her medication without the Affordable Care Act.

"If you vote to cancel the ACA and you see her name in an obituary, shame on you," he told McClintock. The lawmaker responded that ACA must be replaced with something better for the majority of users.

Meetings like this one might become increasingly common around the country. A group called the Town Hall Project — a progressive, volunteer-based initiative working to identify and promote upcoming Congressional forums nationwide — regularly updates its list of such meetings and encourages people to show up.

When the Roseville meeting was over, police surrounded McClintock and escorted to a waiting car, while protesters chanted "shame."