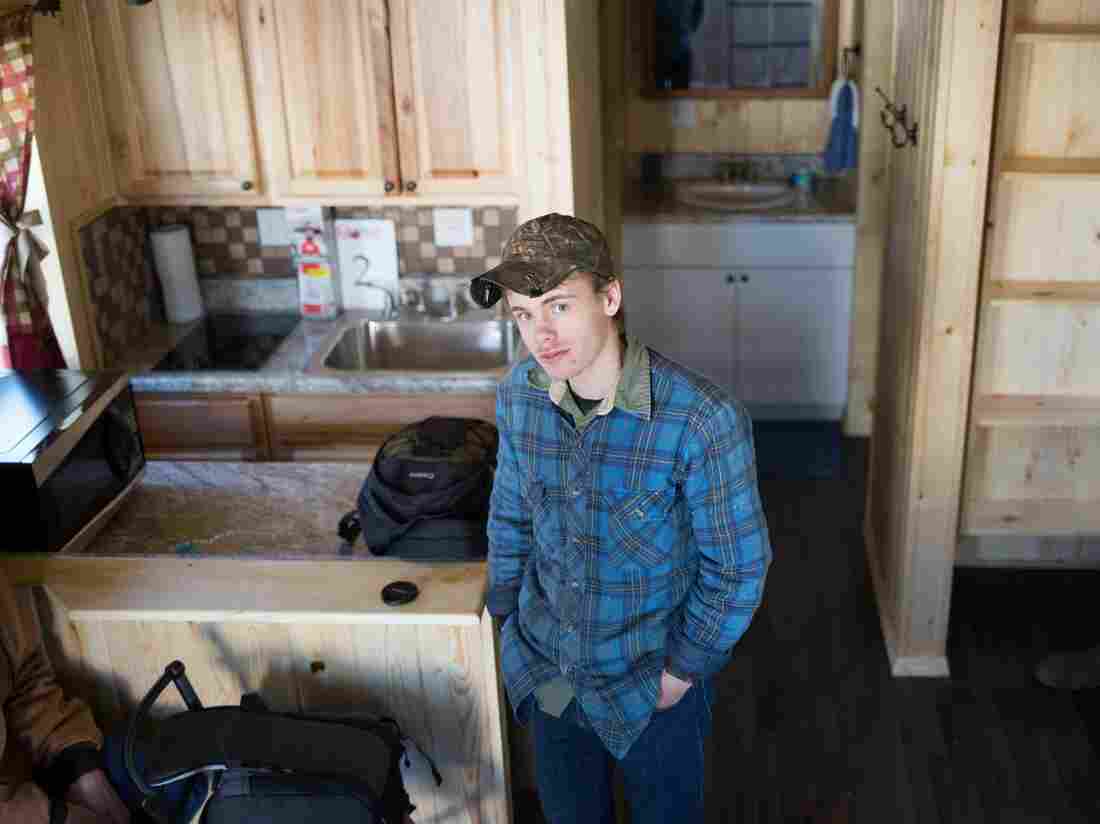 A student stands in one of the tiny houses created for flood victims in West Virginia. The homes, built by high school students, are fewer than 500 square feet. Kara Lofton/West Virginia Public Broadcasting hide caption 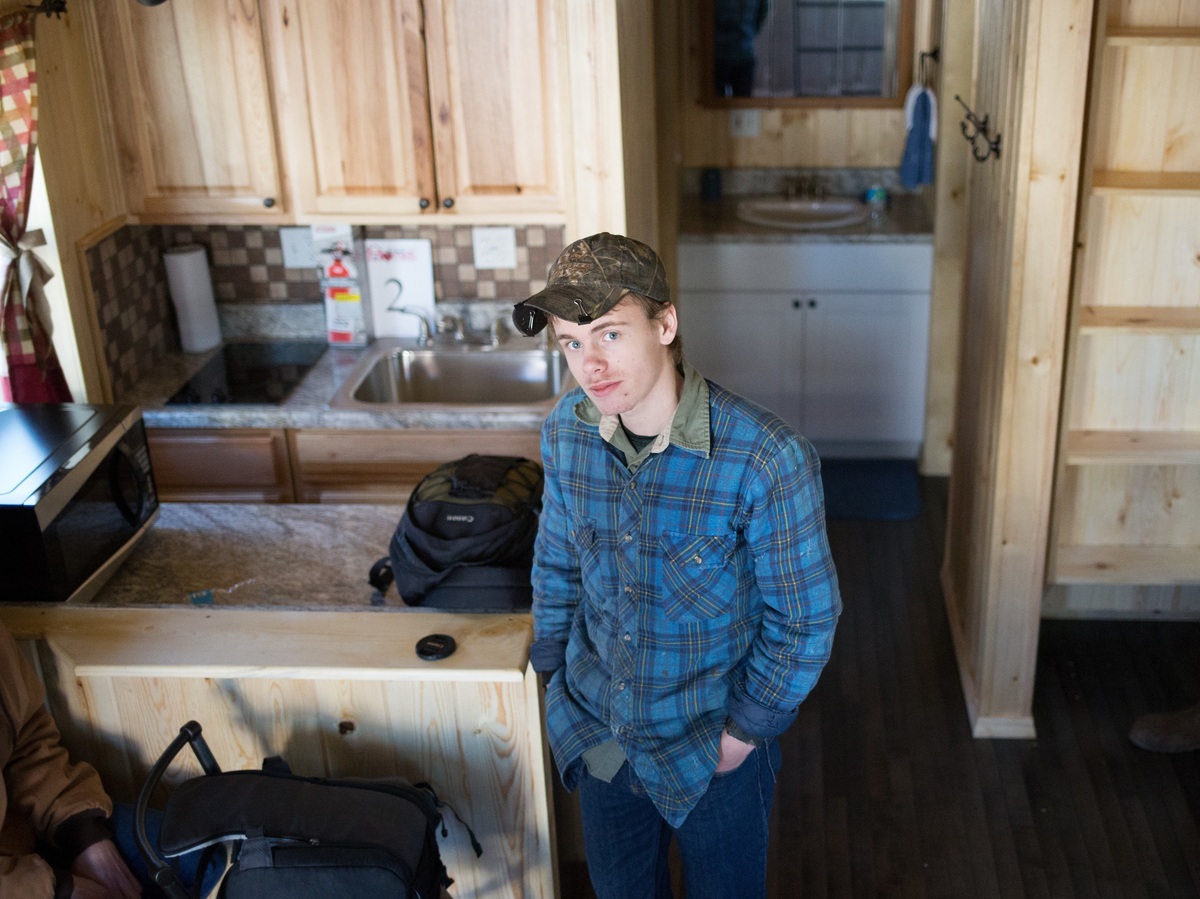 A student stands in one of the tiny houses created for flood victims in West Virginia. The homes, built by high school students, are fewer than 500 square feet.

Stand in the center of this house and you'll find yourself in the living room and the dining room.

And the bedroom. Oh, and also the kitchen.

At 500 square feet and designed to hold as many as six people, the house makes for quite a tiny home. But for many, it's just enough for now.

Since flooding in West Virginia last June killed at least 23 people and destroyed more than 5,000 homes, residents have been struggling to find adequate housing.

These small homes, built by high school students in nearby vocational schools, may be the solution.

Dakota Carte, a student working on the building project at Carver Career Center in Charleston, stands inside one of the houses, gesturing to different areas in the house.

Do-It-Yourself Downsize: How To Build A Tiny House

There's a loft for sleeping up top. Then there's a hot water tank, a fridge and a stove, all in close proximity.

"This is a tiny house, so everything is a little compact," Carte says.

The entire structure is a little bigger than a generous walk-in closet.

Because so many West Virginia families are still struggling, the school board decided students would build tiny homes for flood victims rather than working on bookshelves or birdhouses.

"Folks in West Virginia were still suffering even though all the press had gone away," said Kathy D'Antoni, who oversees the state's vocational schools.

As A Guerrilla Movement, Tiny Homes May Emerge As Alternative To Shelters

For the project, the schools received $20,000 from the Board of Education, along with significant contributions from neighboring communities. So far, 15 homes have been built.

By participating, students can learn practical skills like carpentry, electrical work and plumbing.

Emily Glover, a student at Marion County Technical Center, worked on construction with classmates after school.

"You learn everything from laying it out to actually building it," she said.

One of these homes will belong to Brenda Rivers, who lost her house to the flood last June. For months, she lived in a camper on the back of her daughter's property.

She had partial flood insurance and received assistance from the federal government to help pay off her mortgage. Even then, she couldn't afford the down payment for another home.

Her son offered her a mobile home, but she said she couldn't find anyone to move it.

"The weather was getting bad, and I said 'Just let me have my tiny house until spring or summer,'" she said.

Rivers said she can't imagine living in the tiny home long-term. (It is pretty tiny, after all.)

But for her and other families benefiting from the project, the houses are a tiny but altogether significant step in regaining a home.