Hear The New Album In Its Entirety 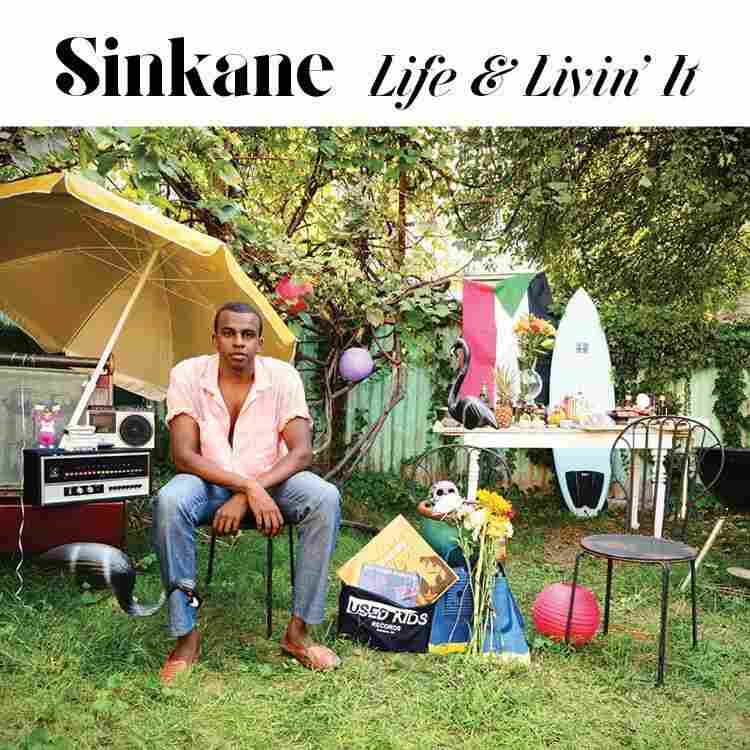 In the pop music narrative that codified after punk nihilism excoriated hippie ideals, and disco's utopia was replaced by a hip-hop realism, representing hope has rarely been easy and almost never hip. Until poptimism's inherent diversity became a more readily accepted lense through which to engage upbeat earworms and different perspectives, preaching simple pleasures or their spiritual powers through popular song wasn't taken seriously, either. Even in the best of times.

Among the fascinating things about Ahmed Gallab and the music he's been making as Sinkane is its transcendence of such commandments of cool. There's obvious reason for that. Between his multi-cultural background (born in London, raised in Sudan, before his family took up political refuge in Provo, Utah), his musical aptitude (he's played with Caribou and Yeasayer, and toured the music of William Onyeabor), and his curiosity (his ingredients range from Krautrock to dub to disco), no box could hold Gallab for too long — at times, maybe to his own career's detriment. Much of his creative progress was predicated on inclusivity.

Paradoxically, this is also why a large chunk of the New York music scene (Sinkane's home turf for nearly a decade) has been cheering on Gallab to make an album like Life & Livin' It for a long time. From the AFROPUNKs to the hipsters at DFA Records, Sinkane's audience and support groups were vocal in the belief that he could produce a record reflecting his myriad of musical and social influences, with songs that stood a chance of transcending commercial expectations, allowing Sinkane's optimism to escape a limited audience. The clarity, confidence and hooky-ness of Life & Livin' It justifies that belief.

The power of Gallab's conviction is apparent straightaway. The opening stomp of "Deadweight," a mid-tempo classic-rock chugger, is a rolling combination of beats and guitars, redolent of Tuareg desert-blues ensembles like Tinariwen, yet finds space for goth-y synthesizers. The song's central question is what to do with one's self-doubt; the relentless answer, "I don't know, but I keep trying," could be the mantra for all hope-y/change-y masses. "Deadweight" also introduces Life's central tenet: mixing non-Western, diaspora-delic elements (highlife, dub, North African tonalities) and the sonic history of New York's artsy, bohemian Downtown. Though it's hardly a novel conceit (see: Talking Heads and Vampire Weekend, among many), what distinguishes Sinkane's take on the formula is its marriage of borderless musical vocabularies with a forceful insistence (courtesy of lyricist Greg Lofaro) to transcend negativity, yet remaining wholly present, never descending into wish-fulfillment. Where other artists feel like tourists, Sinkane defines his new home.

Jangly guitars radiate all over the ode to how his "Favorite Song" makes him feel. On "U'Huh," brass lines echo Ethiopian jazz melodies and power a lyric that not only mirrors Kendrick Lamar's "we're gonna be alright" but translates that phrase into Arabic (how's that for timely?). Even the album's lone venomous exception — "Telephone," a vague kiss-off that also seems suspiciously laser-pointed — drapes its negativity in a groove that reflects Remain in Light or a great old Can track, chasing demons away by hitting the dance-floor.

Unsurprisingly, all these musical and metaphysical narratives align on the title track, a statement of purpose that is one of the young year's finest anthems. Lyrically, this is homegrown Buddhism, a guide to aligning life with one's own expectations and natural rhythms rather than the social norms; melodically, it distills Afro-Pop's effervescence, the cheer of Stevie Wonder's mid-'70s classics and TV on the Radio art-punk eloquence into something grand and regal. It is ambitious beyond belief, the way only a deeply personal statement can truly be. Further proof that you can't successfully fake optimism, and that maybe invoking it isn't as unfashionable as it once was.