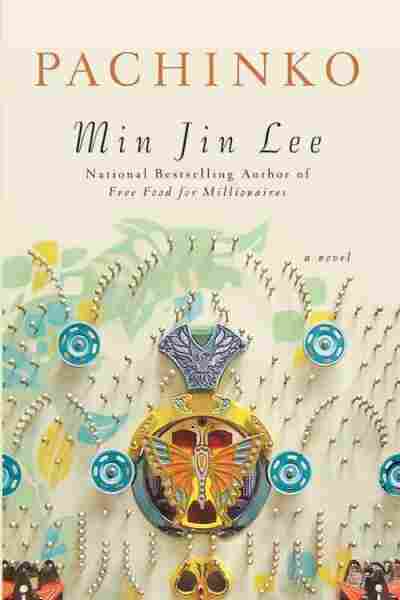 In fiction we seek a paradox, the familiar in the foreign, new realities that only this one particular author can give us. Pachinko, the sophomore novel by the gifted Korean-born Min Jin Lee, is the kind of book that can open your eyes and fill them with tears at the same time.

Pachinko, for those not in the know, is one of the national obsessions of Japan, a dizzying cross between pinball and a slot machine, wherein small metal balls drop randomly amid a maze of brass pins. There's a comic feel of Rube Goldberg to the device, but the final effect is oddly mesmerizing. The urge to play can quickly become an addiction, and of course the game is a perfect metaphor for the ricochet whims of fate. Owning pachinko parlors becomes a way for the clan depicted in the novel to climb out of poverty — but destiny cannot be manipulated so easily.

We are in Buddenbrooks territory here, tracing a family dynasty over a sprawl of seven decades, and comparing the brilliantly drawn Pachinko to Thomas Mann's classic first novel is not hyperbole. Lee bangs and buffets and pinballs her characters through life, love and sorrow, somehow making her vast, ambitious narrative seem intimate.

"History has failed us, but no matter," she writes in the book's Tolstoyan opening sentence, hinting at the mix of tragic stoicism that is to come. During the second decade of the 20th century, as Korea falls under Japanese annexation, a young cleft-palated fisherman named Hoonie marries a local girl, Yangjin, "fifteen and mild and tender as a newborn calf." The couple has a daughter, Sunja, who grows to childhood as the cosseted pet of their rooming house by the sea in Yeong-do, a tiny islet near the Korean port city of Busan.

As a shy, vulnerable adolescent, Sunja is the prey of a formidable middle-aged gangster named Koh Hansu. With features that make him look "somewhat Japanese," and elegant Western-style fashions such as "white patent leather shoes," Hansu embeds himself deeply into the remainder of Sunja's life. He's a Godfather, but also something of a fairy godmother. Most importantly, he provides a financial buffer when the family relocates to Osaka, Japan.

Lee deftly sketches a half-familiar, half-foreign but oftentimes harsh new world of a Korean immigrant in imperialist Japan. Sunja gives birth out of wedlock to Hansu's son, her shame erased at the last minute by marriage to a patrician, good-hearted pastor. The entwined destinies of the gangster's bastard and a second child, the son of a preacher man, become an engine that drives the story forward.

Amid the nightmare of war, the people of Osaka deal with privations. "City children were sent alone to the country by train to buy an egg or a potato in exchange for a grandmother's kimono." Sunja and her beloved sister-in-law Kyunghee have set themselves up in business making the flavorful national specialty of Korea, kimchi. Pickled cabbage serves as mode of survival, rising to symbolic importance alongside the pachinko game itself, organic and homey where the other is mechanical and sterile.

There are horrors in 'Pachinko' — a lengthy prison term is marked by gruesome torture — but the core message remains ultimately one of survival and hope.

The cultures, Korean and Japanese, clash. Sunja's son, Mozasu, who owns pachinko parlors, will level with his best friend over fried oysters and shishito peppers, in a passage that lies at the heart of these characters' dilemmas: "In Seoul, people like me get called Japanese bastard, and in Japan, I'm just another dirty Korean no matter how much money I make, or how nice I am."

Lee is at her best describing complex behaviors and emotions with unadorned, down-to-earth language. "Isak knew how to talk with people, to ask questions, and to hear the concerns in a person's voice; and she seemed to understand how to survive, and this was something he did not always know how to do." There are horrors in Pachinko — a lengthy prison term is marked by gruesome torture — but the core message remains ultimately one of survival and hope.

"Pachinko was a foolish game," Lee writes, "but life was not." The reader could be forgiven for thinking that the reverse might also be true. This is honest writing, fiction that looks squarely at what is, both terrible and wonderful and occasionally as bracing as a jar of Sunja's best kimchi.