Accessibility links
Betsy DeVos Confirmed As Education Secretary With Vice President Mike Pence Breaking Tie Mike Pence is not the first vice president to break any Senate tie, though; the right gives vice presidents a rare chance to be in the limelight and cast a consequential vote that makes a difference. 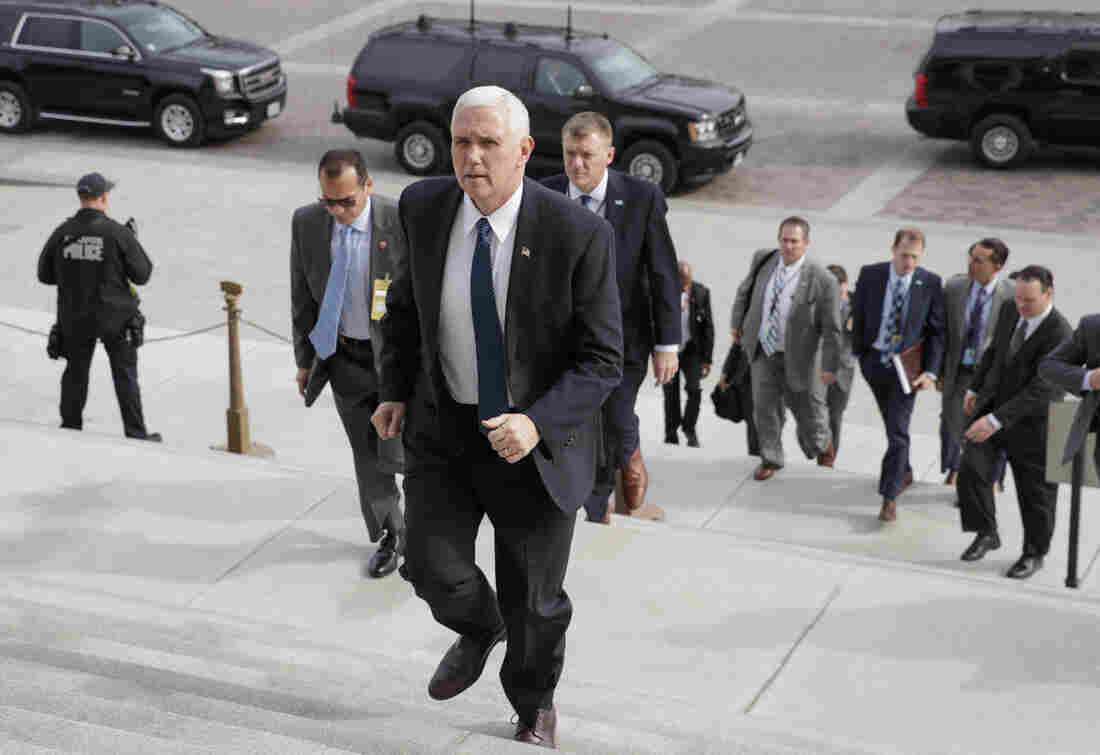 Vice President Pence arrives at the Senate to cast a tie-breaking vote for Betsy DeVos to be education secretary on Tuesday. J. Scott Applewhite/AP hide caption 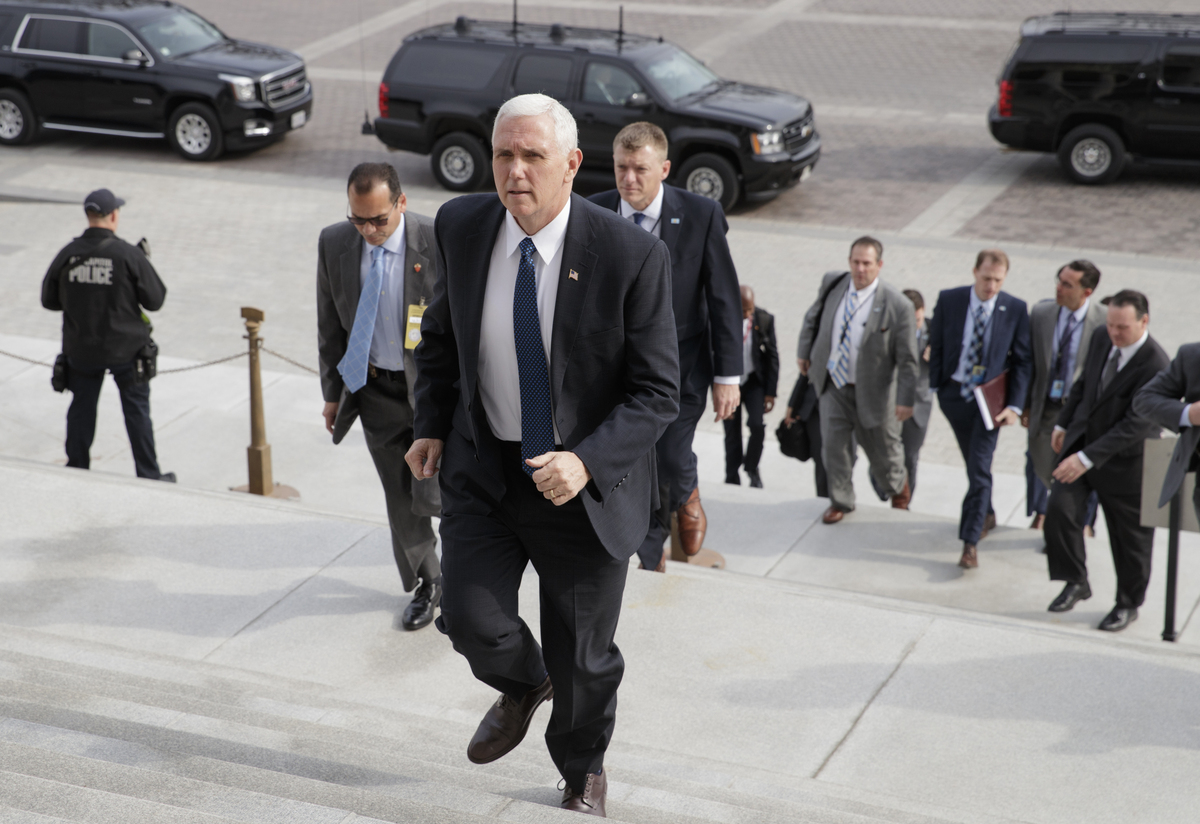 Vice President Pence arrives at the Senate to cast a tie-breaking vote for Betsy DeVos to be education secretary on Tuesday.

Vice President Pence has done something that his predecessor, Joe Biden, did not do even once in his eight years in the same office.

He cast a tie-breaking vote in the U.S. Senate.

The occasion is Tuesday's confirmation of Betsy DeVos as President Trump's secretary of education. The DeVos nomination has so far proven the most contentious of all Trump's controversial Cabinet picks.

Two Republican senators, Susan Collins of Maine and Lisa Murkowski of Alaska, joined all 46 Democrats and both Independents in opposing DeVos. The other 50 Republicans, however, stood by the nominee.

That means the vote ended in a tie. Ties in the Senate do not happen often, but when one does, the Constitution says it may be broken by a vote cast by the vice president of the United States.

Tuesday's vote is the 245th instance of this power being used, but it is the first time in history that the vice president's tie-breaking power serves to confirm a nominee to the Cabinet.

Note, though, that previous administration's Cabinet nominees, if filibustered, required 60 votes for confirmation, rather than a simple majority. Democrats changed that rule in 2013 when they were in power under former President Barack Obama, frustrated by Republican Senate leader Mitch McConnell blocking dozens of Obama federal judiciary nominees.

The tie-breaking power is vested in the vice president in his capacity as the president of the Senate, and it has been part of the job since John Adams first assumed the office in 1789.

In fact, the nation's No. 2 shows up in the Senate chamber for the swearing in of new senators and on other ceremonial occasions (including Picture Day when the entire chamber poses together). When the president delivers a State of the Union address or there is another cause for a joint session of Congress, the vice president can be seen sitting right up there next to the speaker of the House.

The rest of the time, however, the day-to-day task of presiding over daily deliberations of the Senate is not performed by the vice president. The Constitution provides for the authority to preside to pass into the body of the Senate itself through an office called the Senate president pro tempore.

As a matter of Senate custom, this distinction goes to the most senior (longest serving) member of the majority party (currently Republican Orrin Hatch of Utah). The "president pro tempore" may then decide to act as the presiding officer personally or delegate the privilege to another, usually very junior senator. That is because on most days, the privilege is regarded as more of a chore.

In the early days of the Republic, the first men to occupy the office of vice president were more inclined to preside over the Senate on a regular basis than veeps are today. John Adams, who was George Washington's vice president for eight years (and his successor in 1797), set a record for tie-breaking votes (29) that still stands today.

His successor as vice president, Thomas Jefferson, was also a well-known and highly respected member of the Founding Fathers fraternity. He was followed by the formidable but disruptive Aaron Burr.

These men were vice president by virtue of being the runner-up in the Electoral College vote for president. This was the original method of determining the vice president, and it may have seemed a good idea at the time.

But dissatisfaction set in fast, and the 12th amendment in 1804 made some big changes. Since then, candidates for president and vice president have run as a ticket, a system that has worked from the standpoint of presidents but often served to lessen the stature of their vice presidents.

Over time, the Senate grew restive with the presiding presence of the vice president. This became problematic enough that vice presidents largely stepped back from the daily business of the chamber. In the last few decades, as vice presidents have been given more substantial duties by the chief executive, they have had less reason than ever to spend their days listening to Senate debate.

At the same time, the tie-breaking power has remained a valuable tool under certain circumstances, kept behind a windowed case that says: "In Emergency, Break Glass." Breaking a tie on behalf of the president and his party has given vice presidents a rare opportunity to matter — a chance to be in the limelight and cast a consequential vote that makes a difference.

As a general rule, vice presidents have been pressed into service as tie-breakers when the Senate was controlled by the president's party, especially when the margin of control was narrow. Vice President Al Gore had to break ties on budget votes and other tough calls for the Democrats in the 1990s. Vice President Richard Cheney had to be on call regularly to reinforce Republican control of the Senate early in 2001, when the regular roll call was split 50-50 between the parties. He ultimately cast eight tie-breaking votes. 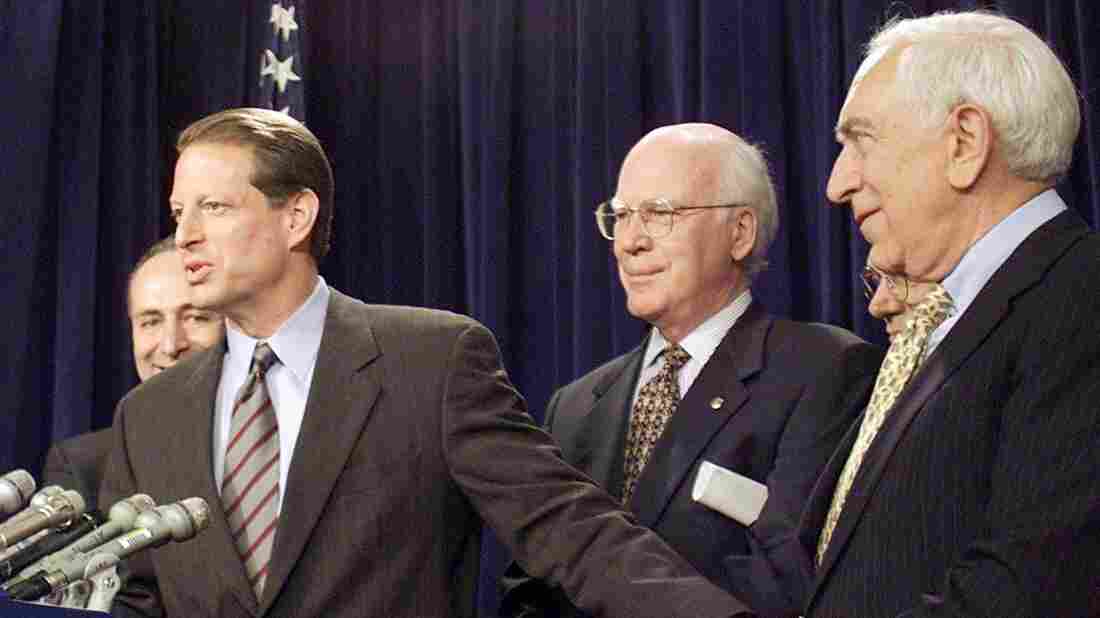 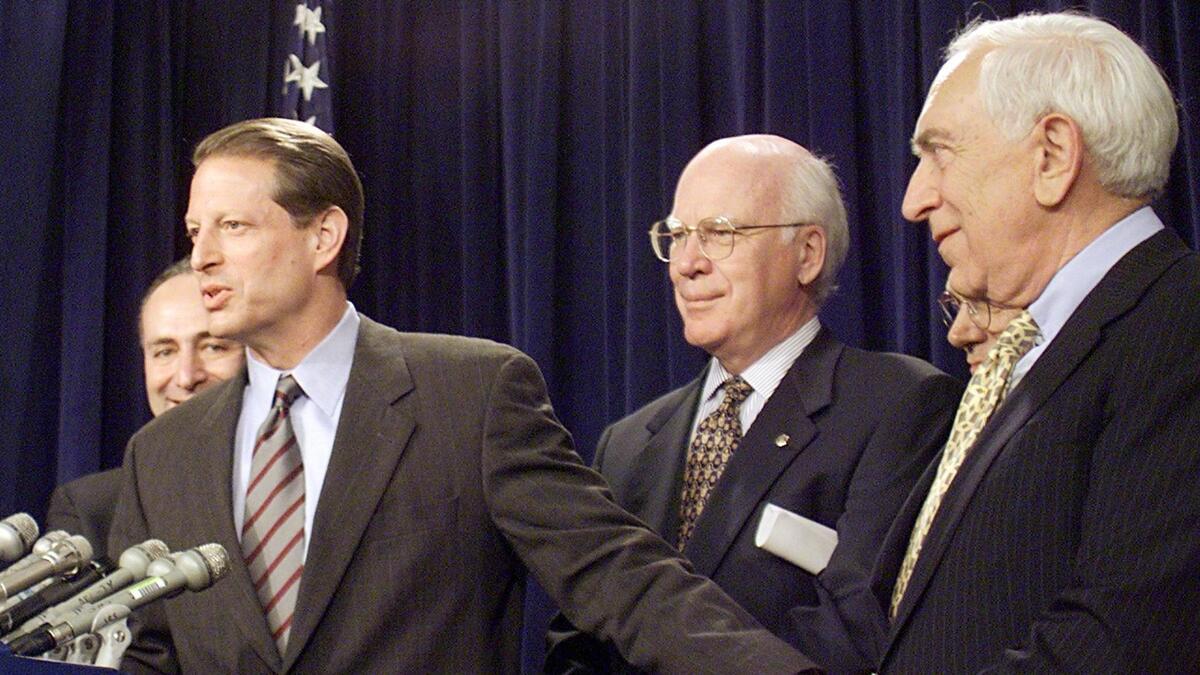 Former Vice President Al Gore after he cast the tie-breaking vote on the Lautenberg Amendment on Capitol Hill in 1999 in Wash., D.C.

By the same token, when the party opposed to the president has controlled the Senate, its leaders have usually avoided bringing votes that could result in ties. That is why Vice President Dan Quayle got no chances to vote in his single term.

Trump, GOP Lawmakers Back Off From Immediate Obamacare Repeal

All told, there have been a dozen vice presidents (one-quarter of the overall total) who served without ever casting a single tiebreaker vote. It is a relatively noteworthy group, in that half of these dozen went on to be president, including Teddy Roosevelt, Calvin Coolidge, Lyndon Johnson and Gerald Ford.

So it is rather rare and certainly notable to see Pence pressed into service in this manner in just his third week in office.