Accessibility links
What If 'Something Happens' After Judge's Ruling On Trump's Travel Ban? President Trump has said on Twitter that any terrorist attack would be the fault of the federal judge who ruled against the government. But history and the law suggest otherwise. 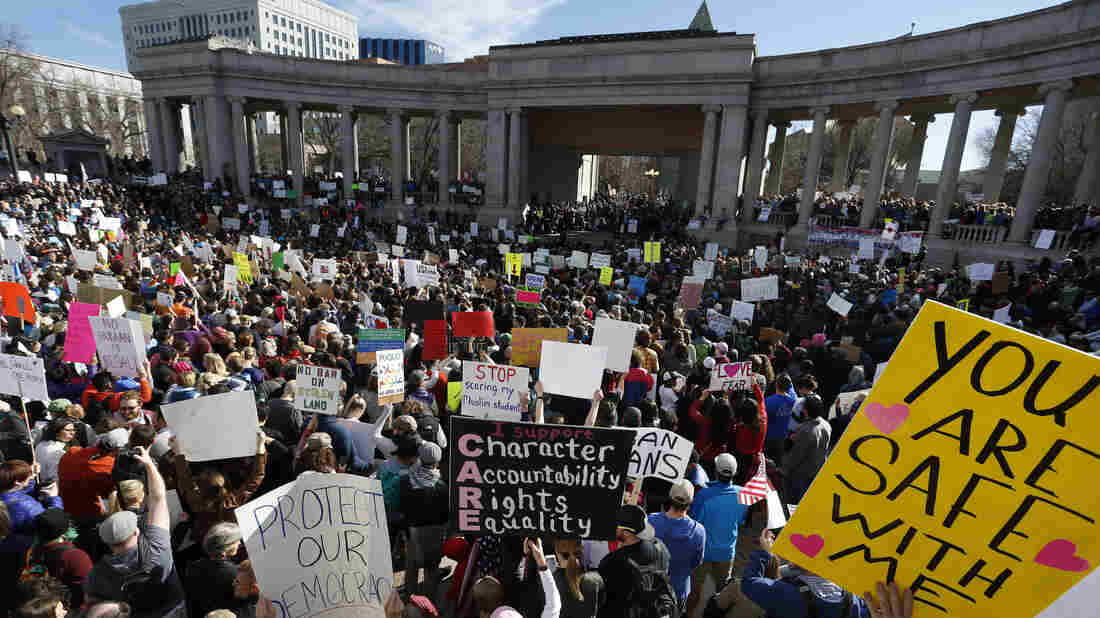 Thousands gather at Denver's City Center Park on Saturday for a rally in support of the Muslim community and to protest President Trump's executive order to temporarily ban some refugees from seven mostly Muslim countries. Brennan Linsley/AP hide caption 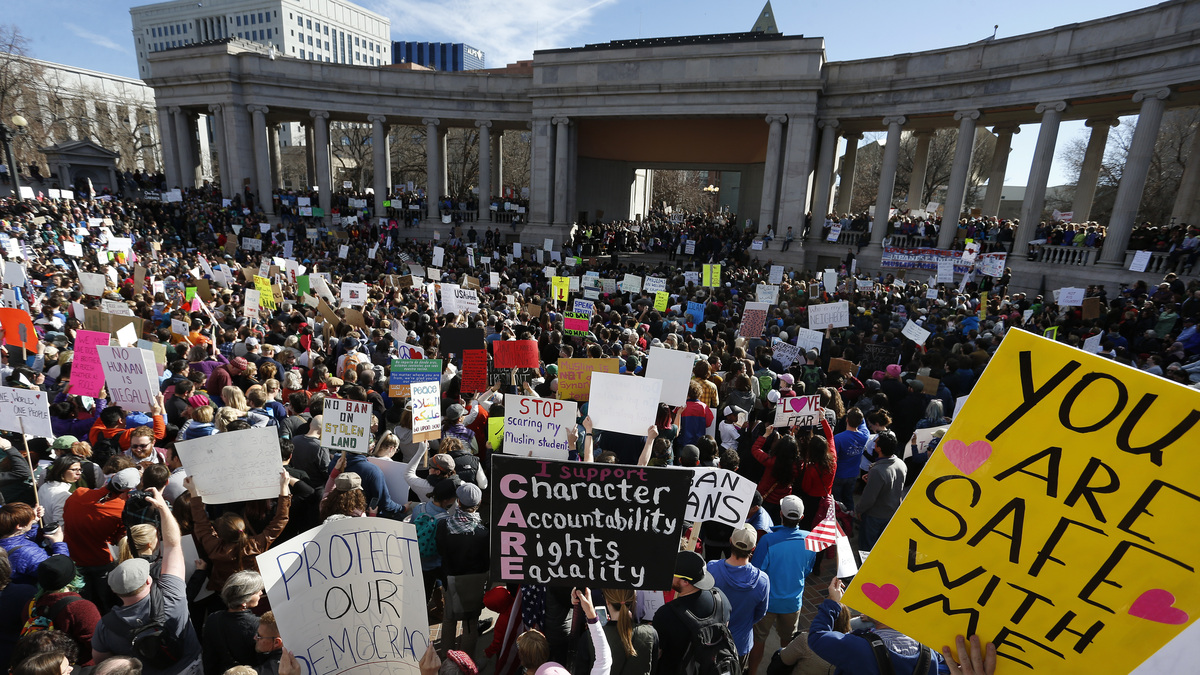 Thousands gather at Denver's City Center Park on Saturday for a rally in support of the Muslim community and to protest President Trump's executive order to temporarily ban some refugees from seven mostly Muslim countries.

If a refugee commits a crime, will a federal judge have blood on his hands?

"Just cannot believe a judge would put our country in such peril. If something happens blame him and the court system. People pouring in. Bad!"

That's an emotionally charged line, but problematic. If "something happens," and if anyone is blamed, the person most likely to be held responsible is the president. It's his job — not a judge's job — to defend the country within the confines of the law.

Before going further, we should note that the risk of "something happening" because of the court ruling is limited. The judge's temporary move does not allow very many people into the United States. Well before the ruling, the president's temporary travel ban for refugees and travelers from seven Muslim-majority nations had partly collapsed amid protests and administrative chaos. Huge categories of people initially affected, such as green card holders and Iraqis who aided the U.S. military, are now being let in regardless of the judge's instructions. The people still affected were ordinary visa holders from the seven nations plus refugees, who were not coming in huge numbers to begin with. Now some can come, but only after the U.S. has vetted them using techniques refined since Sept. 11. Terrorist attacks in the U.S. in recent years have not been linked to refugees or visitors who were radicalized in the seven countries targeted by Trump's order. 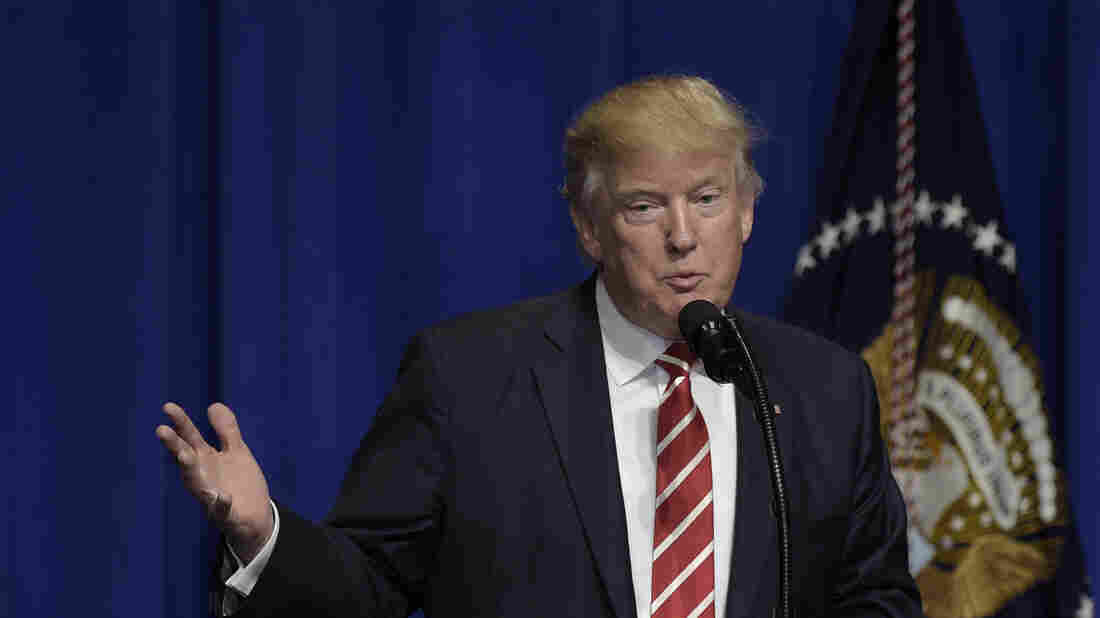 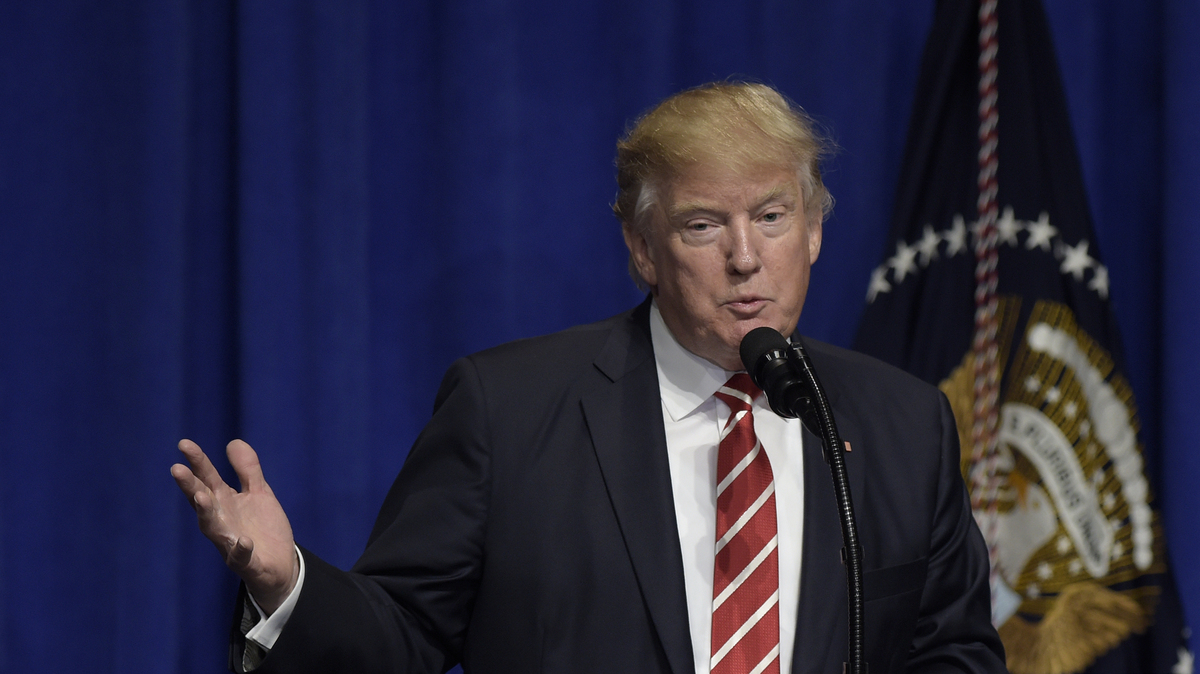 But suppose that "something happens" with one of the new arrivals. Who knows; an individual could become radicalized. It would be understandable for some to blame the "court system"— understandable but wrong, according to Charles Fried, a Harvard Law professor. Fried was the solicitor general — the government's official lawyer before the U.S. Supreme Court — during the Reagan administration.

"If [an attack] were to happen it would be the fault of the law," Fried told NPR's Morning Edition, "because the judge would have determined that the law requires this." The job of the courts is to interpret the law — not to bend it to the demands of public officials.

After Delays Due To Travel Ban, Syrian Family Has Emotional Reunion

The president is still the one who coordinates military, intelligence and law enforcement assets to stop terrorist attacks and is supposed to figure out how to do so properly.

Some presidents have tried to operate outside the law when national security demanded it. In 1952, for example, President Harry S. Truman memorably asserted, "The president has the power to keep the country from going to hell." That was his rationale for seizing control of the American steel industry. The Korean War was underway, steelworkers were threatening to go on strike, and Truman said federal control was essential to continuing the production of war material.

His move was challenged before the Supreme Court, which was unmoved by Truman's case. The court found no law under which the president could seize private property in the way that he had done and rejected his seizure by a 6-3 vote, even though several justices had been appointed by Truman himself.

But here's the rest of the story: Despite the court ruling, the country did not "go to hell." The United States did not lose the Korean War. Truman had to find other ways to get his job done within the law. He is remembered today as a strong president.

Trump now faces the challenge Truman did. Of all the possible issues on which he could have focused the attention of Homeland Security officials at the start of his administration, he chose the travel ban. Now that his initial plan has been temporarily blocked, he can fight in court and hope for a more favorable ruling. (Fried, by the way, thinks Trump might get it.) He can ask Congress to change the law. Or he can conclude that travel bans are not so smart after all, and ask counterterrorism specialists for better ideas. No matter what happens, his job doesn't change, and citizens, who are his employers, expect him to do it. While the president does not have "the power to keep the country from going to hell" in any way he likes, he does have the responsibility to keep the country from going to hell while acting within the law. Upholding the Constitution is itself part of keeping the country from going to hell.

Whatever happens, another saying by Truman will apply: "The buck stops here."