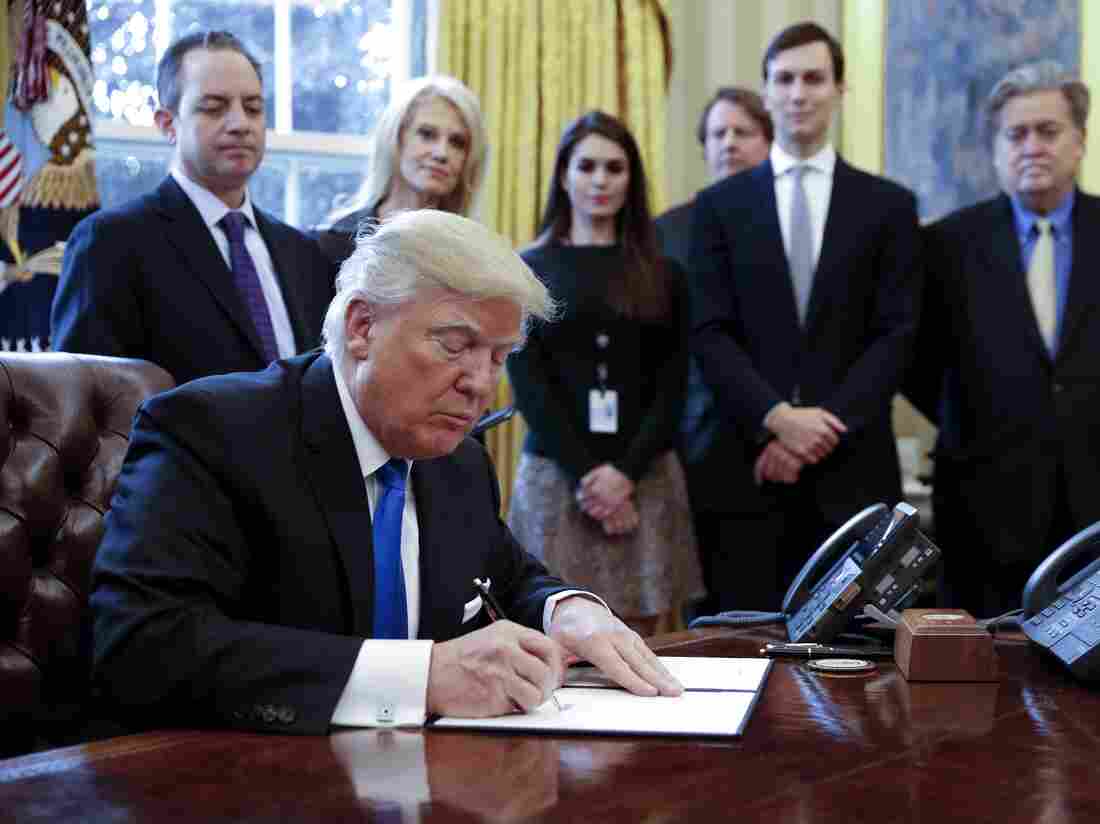 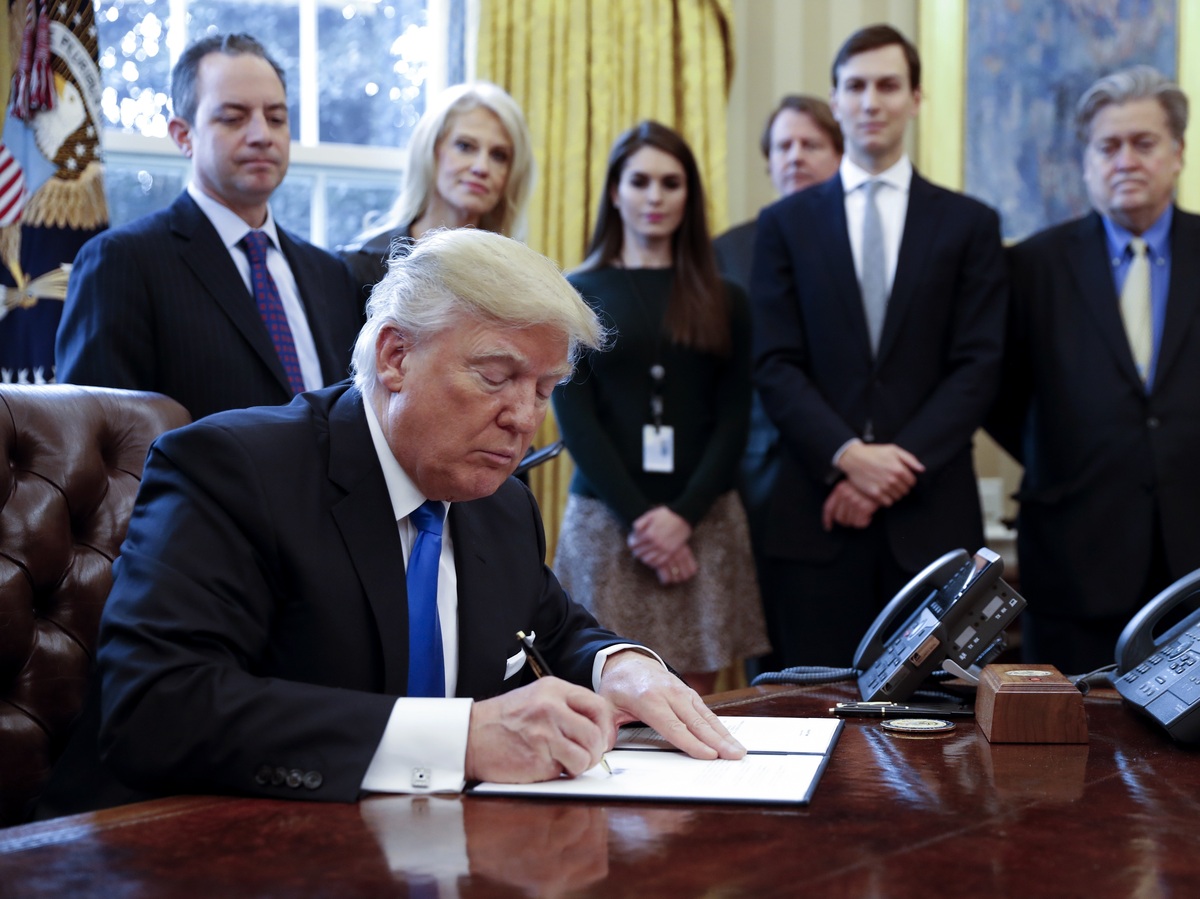 President Trump signs one of five executive orders related to the oil pipeline industry. Trump has been busy for more than two weeks rolling back President Barack Obama's environmental legacy.

U.S. energy policy is going through a big change under President Trump.

During President Barack Obama's term in office, much of the focus was on addressing climate change and renewable energy. Trump is focused on fossil fuels and putting people to work extracting them.

Read Donald Trump's "America First Energy Plan," and it's a lot like part of his speech before Republicans gathered in Philadelphia last month.

"We will unleash the full power of American energy, ending the job killing restrictions on shale, oil natural gas and clean, beautiful coal. And we're going to put our coal miners back to work," Trump said.

That kind of talk also makes the fossil fuel industry and its friends very happy.

"The previous administration has, basically through the regulatory process, been hostile to coal, oil and natural gas production in this country," says Tom Pyle, president American Energy Alliance. Pyle also served as an adviser on energy issues to the Trump transition team.

Pyle says Obama tipped the scales too far in favor of renewable energy. Many in the oil and gas industries feel the same way despite the fact that domestic oil and natural gas production surged when Obama was in office.

Check out Trump's plan on the White House website, and there are more inconsistencies.

It says getting rid of environmental regulations like Obama's Climate Action Plan would boost wages "by more than $30 billion over the next 7 years." The administration says that's based on a report from the conservative Institute for Energy Research.

But look at the report and it says something completely different. It claims the wage boost would come from more drilling on federal land and offshore and not from eliminating environmental regulations.

NPR alerted the administration of the error, but after more than two weeks, the false claim has not been corrected. During that time the president has been busy rolling back Obama's environmental legacy.

Four days after taking the oath of office, Trump directed his administration to speed approval of new oil pipelines, including the Keystone XL and the Dakota Access.

In his energy plan Trump also promises to help the beleaguered coal industry. That could be difficult because while the industry tends to blame environmental regulations for its decline the real reasons are more complicated, says Christina Simeone, director of policy and external affairs with the Kleinman Center for Energy Policy at the University of Pennsylvania.

Simeone says the main reason coal-fired power plants around the country are switching to natural gas is because it's cheaper.

"In competitive markets, natural gas is winning," she says. "That's why we've seen a decline in coal, because natural gas is out-competing coal in a variety of metrics."

If Trump helps coal — say with subsidies — that could hurt natural gas, Simeone says. And in his energy plan, Trump promises to help them both.

That could require something Republicans tend to eschew — interfering with market forces. Trump and congressional leaders appear willing to do that in discussing proposals such as a "border adjustment tax."

"What we're seeing now is discussion of either import fees or border taxes," says energy economist Philip Verleger. He recently published an article that predicts Trump and Republicans in Congress will end the free market in oil.

Verleger says the purpose would be to help domestic fossil fuel companies. Remember, it's called the "America First Energy Plan." And Verleger says just the mention of protecting U.S. oil drillers is having an effect.

"Drilling for oil and gas has picked up remarkably," he says. In its Feb. 3 "rig count," the oil field services company Baker Hughes reports the number of drilling rigs operating in the U.S. increased by 17 in just the last week.

"The pick-up is not explained by the current price level but, rather, by the expectation that any investment made now will be profitable because the administration will protect producers," Verleger says.

That protection would come in the form of bigger profits from higher oil prices because crude imported from other countries would have taxes or fees levied on it. And Verleger predicts that would result in something a lot of Americans won't like: higher prices at their local gas station.