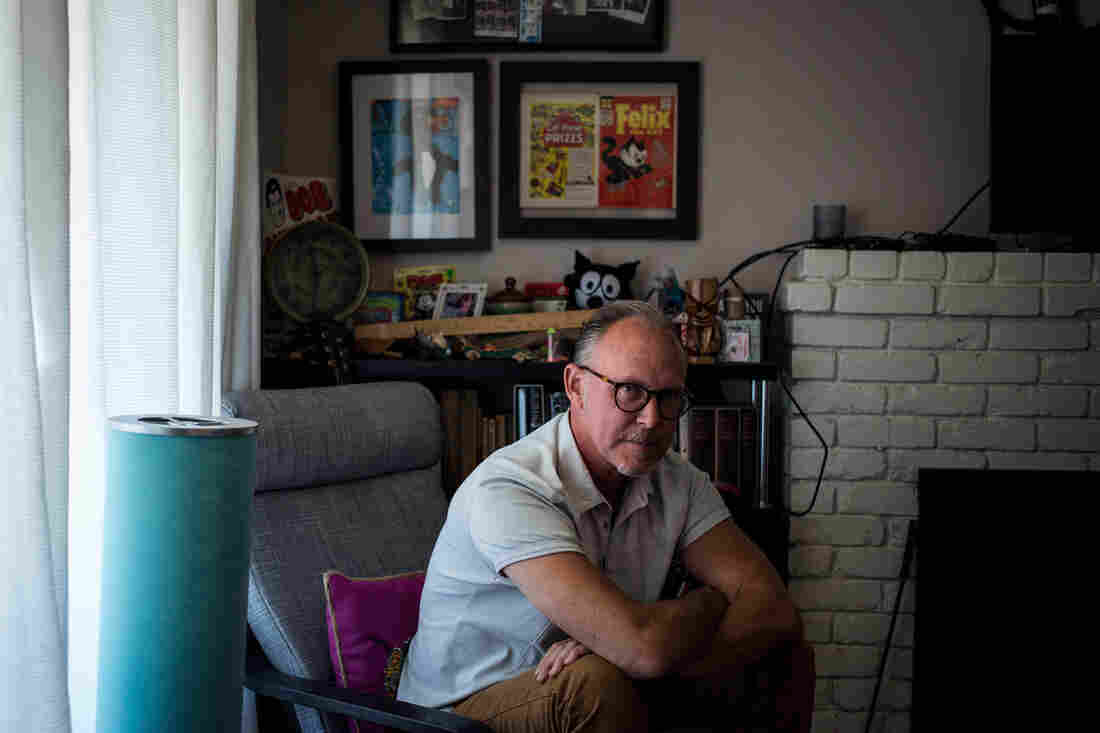 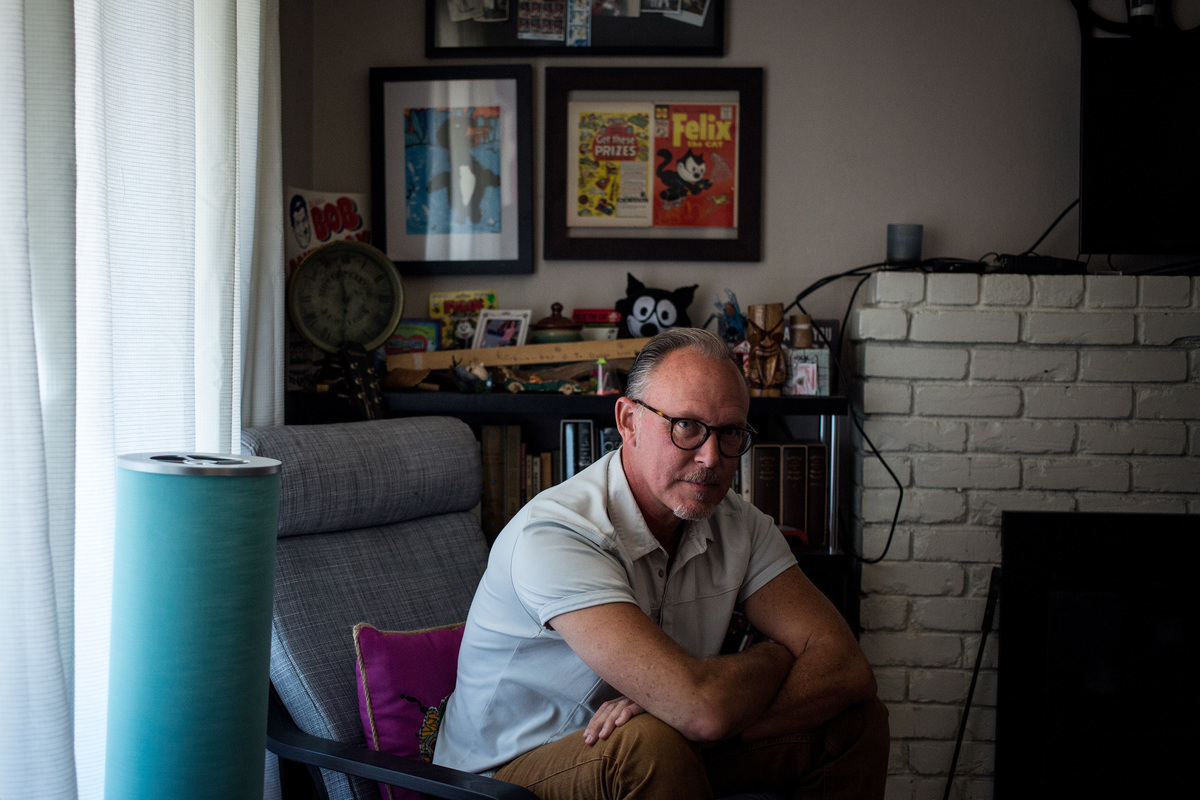 Ed Howard, an attorney specializing in consumer issues, and his sister had trouble obtaining price information while trying to plan their father's funeral.

This story is part two of a two-part investigation. Read part one here.

Shortly after Ed Howard's father was diagnosed with an advanced form of cancer and given six months to live, Howard and his sister Kathy Howard-Almagor sat down and talked about what to do.

One worry was their dad's funeral arrangements. They decided Kathy would call around to some funeral homes to figure out how much their father's arrangements would cost.

"I'd say, about three weeks later over the weekend I got a call from her nearly in tears," Howard recalls. "And she said that she had spent pretty much all day on the phone and on the Internet, simply trying to price funeral services, and she couldn't do it. She actually just couldn't get a straight answer about what products and services were being offered and how much they cost."

That's not supposed to happen.

A federal regulation called the Funeral Rule is supposed to protect consumers who have lost loved ones. Among other things, it requires funeral businesses to provide potential customers with clear price information.

But an NPR investigation found that the rule goes only so far in protecting consumers, and that its promise of transparency often goes unfulfilled.

After hearing his sister's story, Howard confidently told her that he would take care of the price inquiries. After all, he wasn't just any consumer. He's a lawyer specializing in consumer issues for the Center for Public Interest Law at the University of San Diego. He's also the group's head litigator and lobbyist. Getting the information, he thought, would be pretty easy.

"It took me as a longtime lawyer and a professional consumer advocate literally an eight-hour day just to get a solid list of what funeral services were offered by nearby funeral establishments and how much they cost. Eight hours," he says.

Howard's problem may have been frustrating, but it isn't new. The funeral industry has been consciously nontransparent since at least the 19th century, when the National Funeral Directors Association prohibited its members from advertising in the newspaper.

As recently as the 1960s, the association barred members from advertising prices. It agreed to end the ban in 1968, only after being sued by the U.S. Department of Justice.

That culture of secrecy persists in what's now known as the death care industry. A kind of strategic ambiguity about prices is part of the business model.

"The consumer stands firmly in 1951, because that seems to be the technological level and the transparency level that the majority of American funeral homes are stuck at," says Joshua Slocum, executive director of the death care watchdog Funeral Consumers Alliance.

"In an era when you can go online and look up the price range for products as trivial as eraser caps for a pencil to a new smartphone, good luck finding anything from your local funeral home websites," he says.

In the pre-digital days, the Federal Trade Commission's Funeral Rule sought to fix that lack of price transparency, as well as rein in a variety of other abusive and anti-consumer practices occurring in the industry.

The Funeral Rule, enacted in 1984 after years of resistance by the industry, requires that funeral businesses give consumers an itemized price list when they talk to them in person, and give them clear price information when they ask for it over the phone. The itemized list, known as the general price list, is meant to help consumers pick and choose what they want and filter out what they don't.

In recent years, federal regulators shopping undercover have found about 1 in 4 funeral homes break the rule and fail to disclose price information. That's even though they risk large fines from the federal government.

Slocum and others say it's time to bring the disclosure requirements into the age of mobile platforms, searchable data and social media. Price lists, they say, should be online.

Mandating that on the federal level would require an amendment to the Funeral Rule by the FTC.

"Remember, the rule dates back to the 1980s; it's a pre-Internet rule," says Lois Greisman, a lawyer with the Federal Trade Commission's consumer protection division.

In July, Slocum's group and the Consumer Federation of America asked the FTC to revise the rule, which it called "antiquated," to require online price disclosures.

But just as it did in the days of bell-bottoms and big hair, the FTC may once again get resistance from the industry if it considers the requirement.

"I have to think that most of this is going to be market driven," says Scott Gilligan, a lawyer for the National Funeral Directors Association. The industry group represents more than 20,000 funeral directors around the country.

"If people want price information on websites, funeral homes are going to respond by putting it out there," Gilligan says. "But I'd rather do that because that's my business decision than do it because I'm afraid of getting fined $40,000 by the federal government."

At least one entrepreneur believes there is demand for online price information.

"We're hoping that we can disrupt the funeral industry," says Will Chang, who heads a Silicon Valley startup that has collected thousands of funeral home price lists and posted them on his site, Parting.com.

He put together a team of workers to pose as consumers and repeatedly call funeral homes until, he says, most of them turned over their price lists.

"Sometimes it took months, and sometimes we couldn't even get the prices at all," Chang says. "But we were able to get about 75 percent of all the funeral homes across the United States.

Chang says he was shocked that many funeral directors wouldn't even use email and preferred fax machines. In NPR's investigation, we found that, too.

The resistance Chang faced in getting the price lists means it could be challenging to keep them up to date.

So, his strategy is to persuade funeral directors to partner with his site and pay him a referral fee. Some have reacted badly, even threatening to sue him. But others have been receptive.

"A lot of these funeral homes now have, you know, younger funeral directors in their 30s or 40s, and they totally get what we're doing, and they've completely embraced us. So we feel very good about the direction of where the funeral industry is heading," Chang says.

In looking at the data he has collected, Chang found wild swings in prices for similar services. In our analysis of prices in several NPR member-station markets, so did we.

The cost of a simple cremation in that market started below $1,000 and topped out at $2,700. Surveys by Slocum's group have also found large price swings in numerous markets.

Since the Funeral Rule was last amended 23 years ago, there's little evidence that the rule has made the industry more competitive or cost-effective for consumers, even as it has mandated price disclosures.

U.S. Department of Labor data analyzed by NPR show that since the Funeral Rule was last amended in 1994, prices have been going up faster than the rate of inflation.

As for Howard, the consumer advocate who suddenly became a consumer, he went to the California Legislature in 2011, a year after his father died at age 76. He lobbied to get the state to require funeral businesses to post general price lists online.

At first, the California Funeral Directors Association opposed the move. But a compromise bill passed and took effect in 2013. California funeral homes now must either post their price lists online or at least post a list of their products and tell consumers that a price list is available on request.

Slocum's group has found that most California funeral homes chose to post their actual price lists. Both he and the industry's Gilligan say it's too early to gauge the law's effect on pricing and competition.

Howard wants the federal government to act as well.