Accessibility links
The Stylish FX Series 'Legion' Suffers From A Split Personality Noah Hawley, writer-director of the FX series Fargo, has created a promising and visually striking series set in the X-Men universe that seems oddly reluctant to embrace its pulpy, superheroic roots. 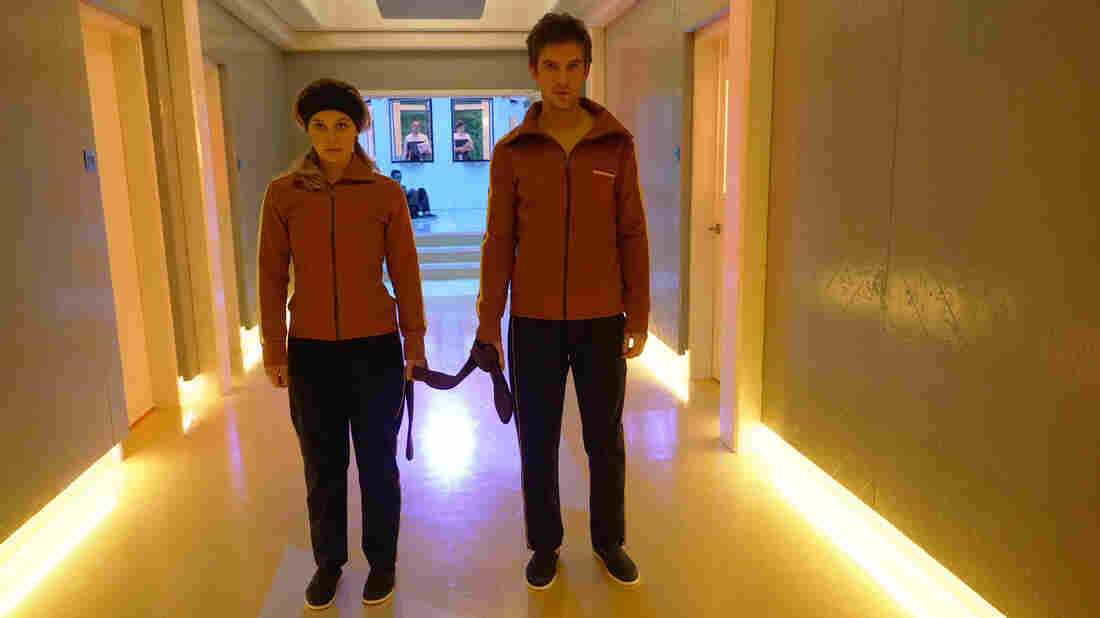 Syd (Rachel Keller) and David (Dan Stevens) find themselves at the end of their tether in Legion. Chris Large/FX hide caption 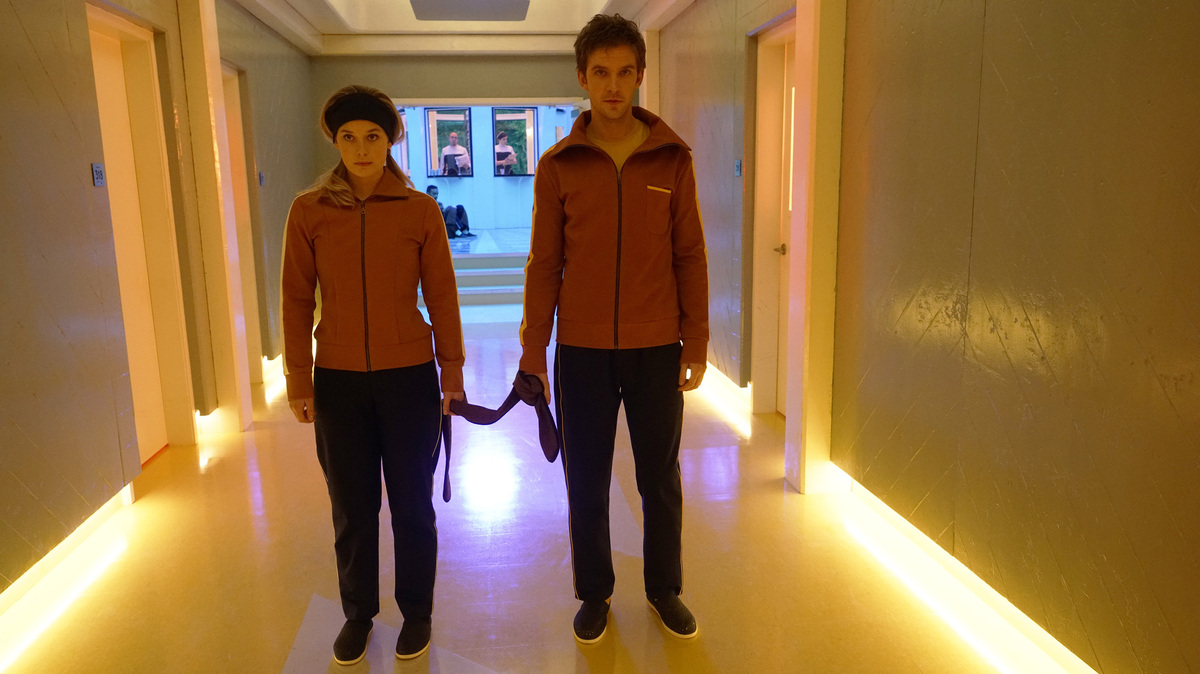 Syd (Rachel Keller) and David (Dan Stevens) find themselves at the end of their tether in Legion.

FX's Legion is a superhero TV show that resists admitting it is one.

Which is both the most satisfying and frustrating thing about it.

Here's the setup: David Haller is a well-meaning guy who hears voices in his head. It's driven him to drugs, occasionally criminal behavior and a suicide attempt. (Alert TV fans will recognize the actor playing David as Dan Stevens, who was blue-eyed hunk Matthew Crawley on Downton Abbey).

Stevens cops a twitchy earnestness — and a pretty good American accent — as David, who has lived for years in a mental institution, but is ready to try life on the outside. We see him endure a visit from his sister and meet a cute fellow inmate whom he grows to like very much, even though she hates to be touched.

Turns out, the voices in David's head belong to other people. He's a mutant who can hear others' thoughts and control matter with his mind.

The question that remains for David and the rest of the characters in Legion: Has he been fooled into believing he was schizophrenic by his unusual powers, or is he mentally ill in addition to being one of the most powerful mutants around?

This is FX's first collaboration with Marvel Television, and it takes place in the same fictional universe as the X-Men franchise. It takes some kind of stones to partner with the leading purveyor of comic-book-fueled entertainment and create a show which downplays its roots in the superhero world so thoroughly.

As the first episode progresses, we realize David is in the clutches of evil government guys who may know more about his powers than he does.

It's a story we've seen many times before in movies like E.T. and Netflix's surprise hit Stranger Things: An innocent with amazing abilities flees a brutal institution. Hopefully, David won't have to escape on a flying bicycle.

But Legion the TV show is created by Noah Hawley, the mind behind FX's amazing adaptation of the movie Fargo. So the predictable nature of its plotting is often balanced by powerful visuals and unorthodox storytelling.

In one scene, David destroys a kitchen with his mind, flinging utensils, food and appliances around in a detailed, slow-motion shower that the viewer — and several characters — can walk through like a 3-D display.

It's a stunning sequence, in line with the show's bold, seriously stylish visual sense. But it also looks a lot like "freeze frame" 3-D sequences seen in lots of commercials — and in films like The Matrix.

Similarly, the pilot's opening sequence shows David's struggles with his powers, depicting his slide from a smiling kid winning soccer trophies to a teen who blows out the windows of a police car with his mind, as The Who song "Happy Jack" plays as soundtrack.

The scene is awfully reminiscent of the opening to another superhero movie, scored by another rueful '60s tune: Watchmen. (That film's credits were set to the Bob Dylan tune "The Times They Are a-Changin' ".)

Unlike Fargo, which can sometimes feel like it is observing characters from a distance, Legion often puts the viewer squarely inside David's head.

That's the same kind of confusing "is it real or isn't it" storytelling used in shows like Mr. Robot and Westworld.

In the comics, the character Legion is the son of X-Men leader Charles Xavier. He's a powerful mutant with multiple personalities, and each one boasts a different power. Hawley seems to have charted a different course for his TV version, though I hold out hope that we may see Professor X on the small screen this season or next.

FX's Legion seems to want it both ways: to draw comic book fans with a story set in the X-Men world, while avoiding some of the classic elements of the genre for people who don't usually watch superhero movies and TV shows.

Another new show, NBC's Powerless, attempts a similar move, building a workplace comedy around the non-super people who have to cope with the smashed buildings and derailed trains left behind when superheroes clash with villains.

It's a tricky dance these shows are trying, because most of these stories are ultimately about the hero pulling it together enough to beat the bad guys. And you only need to look at Fox's tired, Batman-less drama Gotham to see what can happen on a superhero show without the hero.

Over its first three episodes, Legion seems very good, but not quite great. It's a visually impressive program with a narrative style that just might revolutionize the superhero series on TV.

But first, it has to elevate its core story above the kind of plots we've already seen so many times before. And it wouldn't hurt to just admit it's a show about superheroes, already.