Accessibility links
Trump Is Off Hotel Lease, But Revocable Trust Criticized By Ethics Experts President Trump signed over 488 business entities, including his luxury hotel in Washington, to a trust. But a document says those assets are held "for the exclusive benefit of Donald J. Trump." 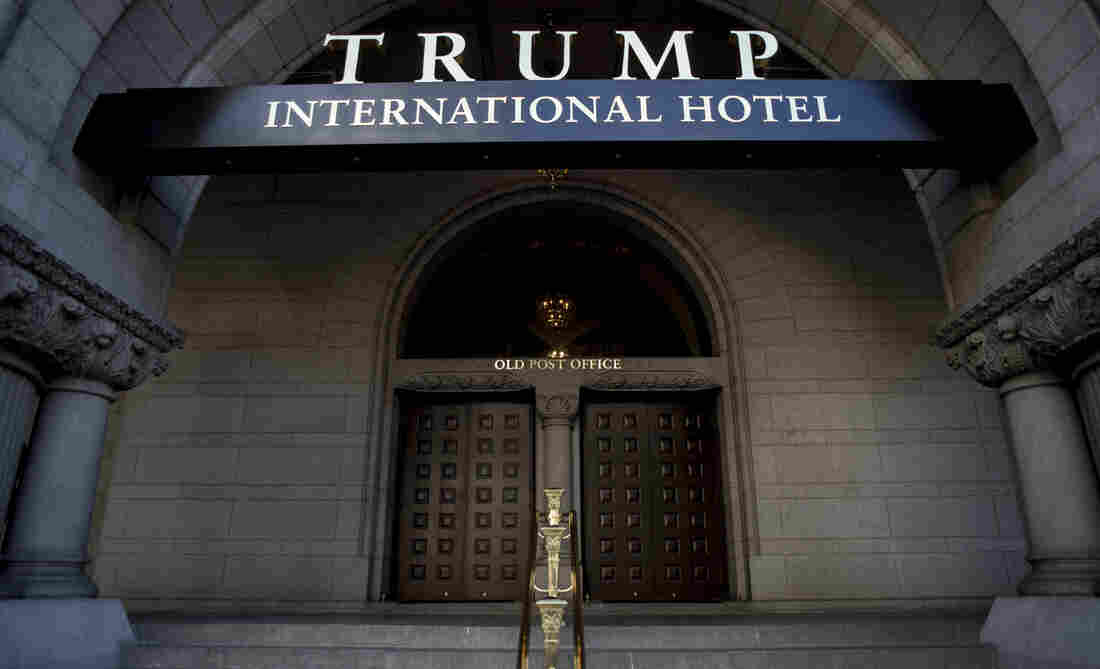 President Trump has removed his name from the lease of the Trump International Hotel in Washington, D.C., but the revocable trust he has set up for its profits has not settled ethics concerns. Gabriella Demczuk/Getty Images hide caption 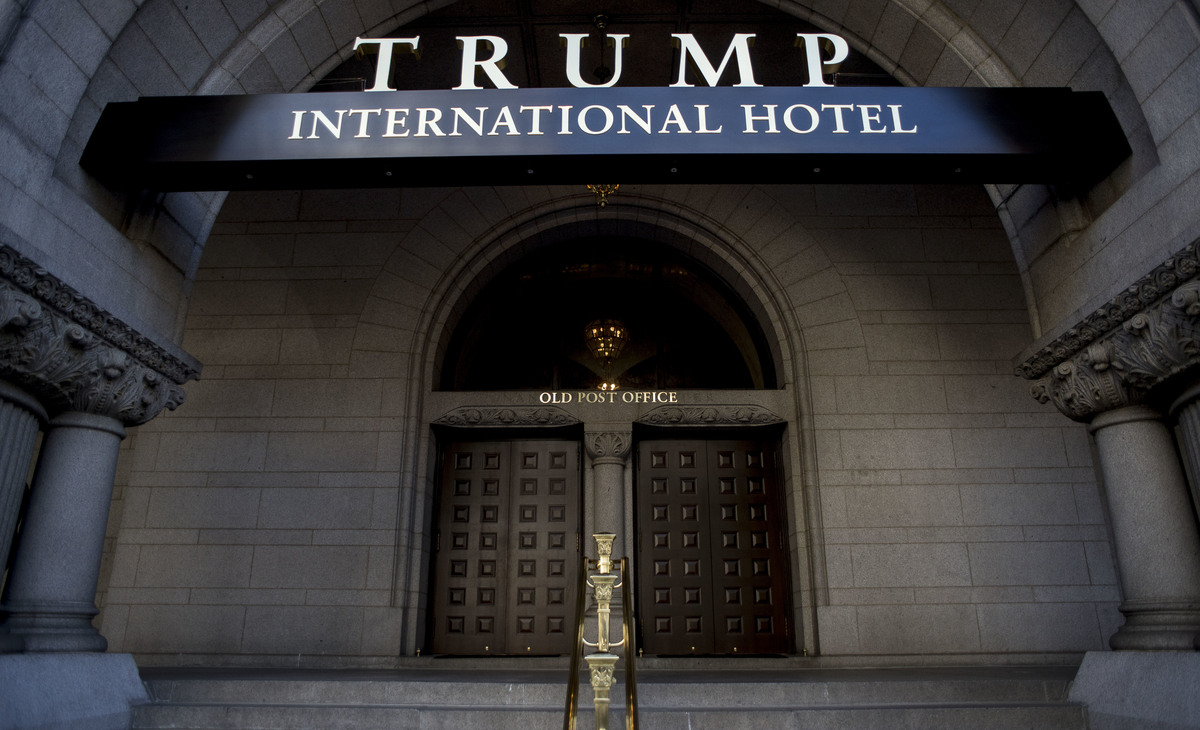 President Trump has removed his name from the lease of the Trump International Hotel in Washington, D.C., but the revocable trust he has set up for its profits has not settled ethics concerns.

Ever since Donald Trump was elected president in November, questions have been raised about the lease he signed to operate a luxury hotel in the Old Post Office Building in Washington, D.C.

The lease specifically says the lease holder cannot be a federal elected official. So critics repeatedly have called upon the federal General Services Administration to enforce its agreement, and make President Trump walk away from his deal to run the Trump International Hotel.

But Trump appears to have come up with his own way of trying to solve the lease problem: He has created a revocable trust — and parked his vast business interests in it.

The purpose of the trust is to create a firewall against conflict-of-interest allegations and to, in effect, remove himself from direct management of his businesses, such as the D.C. hotel. Documents now show that the president's son, Donald J. Trump Jr., is the new president of the company operating the D.C. hotel.

A GSA spokeswoman contacted by NPR had no comment on the status of the lease now that Trump has stepped back from direct management of his businesses and moved them into a trust. The White House did not respond to a request for comment.

But the new arrangement has only escalated the criticism because the trust's tax ID number is Trump's Social Security number, and Trump "has the power to revoke the trust" to reclaim direct ownership.

In other words, even if his sons or other business associates are named as the officers of the various businesses, the profits flow back to one person: Donald J. Trump. In fact, one of the documents says, "The purpose of the trust is to hold assets for the exclusive benefit of Donald J. Trump."

Documents show that Trump resigned from positions in 488 entities as they were shifted into the revocable trust, and the trustees are his son Donald Jr. and the Trump Organization's chief financial officer, Allen Weisselberg.

All of this has ethics experts fuming.

Law professor Steven Schooner, who teaches government contracting law at George Washington University, says Trump is still benefiting from the lease, even though the hotel now comes under the revocable trust.

Schooner says it's "far too easy to funnel money directly to the president and his family" via business deals involving the hotel.

He raises another potential conflict: Under the lease, the hotel's rent is to be renegotiated annually, based on financial performance. A GSA worker would calculate the new rent. The worker's ultimate boss, the GSA administrator, is a presidential appointee.

"It's an impossible position to put a GSA employee in," Schooner says.

Trump is unique among U.S. presidents in the extent of his businesses, an international array of buildings, golf clubs and merchandise emblazoned with his name. Sheri Dillon, an attorney for Trump, said at a Jan. 11 press conference that the president "instructed us to take all steps realistically possible to make it clear that he is not exploiting the office of the presidency for his personal benefit."

Ethics experts say Trump's actions since then have fallen short.

"Donald Trump is managing his affairs in a way that enables, and frankly invites, people and companies and countries to send money his way, through his businesses, in an attempt to influence him and thereby influence U.S. government policy," said Kathleen Clark, who teaches governmental ethics law at Washington University in St. Louis.

Richard Painter, who served as White House ethics counsel to President George W. Bush, said that foreign governments, U.S. corporate lobbyists and others may choose to do business with the Trump hotel, as well as other businesses, in an effort to curry favor with the White House.

Painter says the revocable trust is no solution; only divestment will work. "The president does not seem to want to do that, and he's going to have to deal now with the conflicts of interest that come with ownership of these businesses. And some of those conflicts are illegal."

Painter is involved in a lawsuit alleging that taking money from foreign governments would violate the Constitution's foreign emoluments clause.