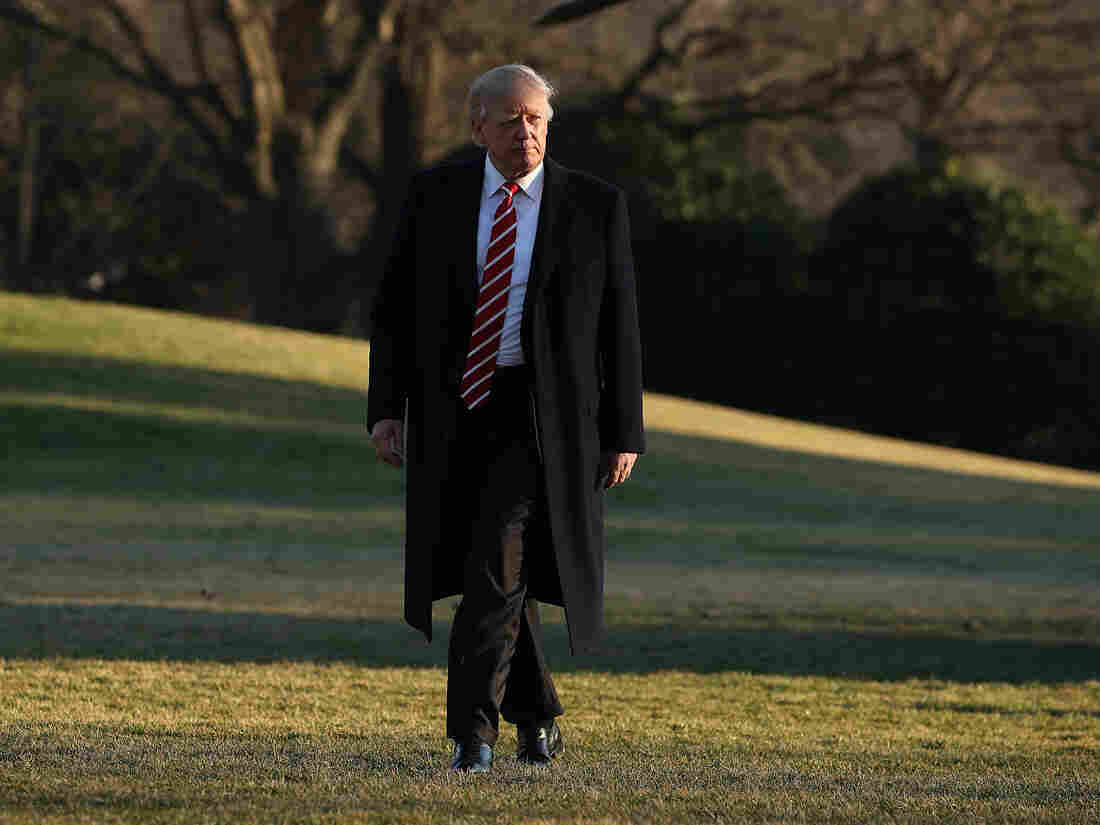 President Trump arrives back at the White House on Monday after spending the weekend in Florida. The president has struggled to get his Cabinet appointees through the Senate in part because Senate Democrats have continued to delay the process. Mark Wilson/Getty Images hide caption 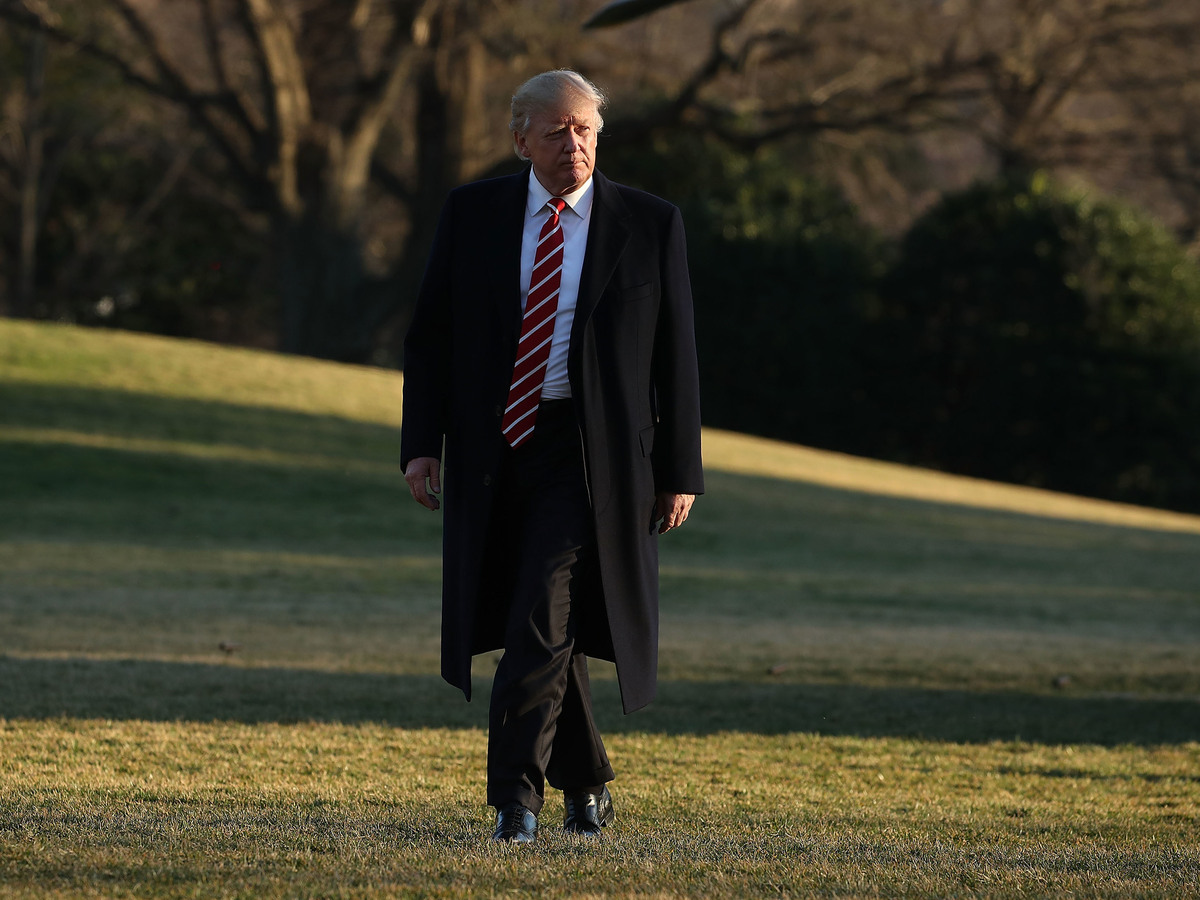 President Trump arrives back at the White House on Monday after spending the weekend in Florida. The president has struggled to get his Cabinet appointees through the Senate in part because Senate Democrats have continued to delay the process.

If President Trump were to call a meeting of his Cabinet today, he wouldn't need a very big table. Or, he'd have to invite a bunch of Obama administration holdovers serving temporarily in acting roles.

With the Senate's confirmation this week of Betsy DeVos as education secretary, Jeff Sessions as attorney general and Tom Price to lead Health and Human Services, Trump now has just seven members of his Cabinet confirmed. By this point in 2009, President Obama had 12 Cabinet members in place and President George W. Bush had his entire 14-member Cabinet.

The Senate confirmation process has been unusually slow. According to Senate Majority Leader Mitch McConnell's office, Trump has the fewest Cabinet secretaries confirmed at this point in his presidency than any other president at least since World War II.

"You can't play in the Super Bowl if you don't have your team on the field," said Max Stier, CEO of the Partnership for Public Service, a nonpartisan organization that is tracking the Trump administration's progress in getting staffed up.

"They are in the Super Bowl," Stier said of the Trump administration. "They are running the most important organization on the planet, and they don't have their team on the field. They don't have their critical people in place and that's vital to being able to do their jobs appropriately."

The Trump administration would like to place the blame firmly on Democrats in the Senate.

"It would help if the Democrats weren't working overtime to unnecessarily block our very qualified nominees so that we could put leadership in place at each of the agencies," said White House principal deputy press secretary Sarah Huckabee Sanders in an email.

It is a disgrace that my full Cabinet is still not in place, the longest such delay in the history of our country. Obstruction by Democrats!

But that is only part of the story. Facing pressure from an activated base, Democrats have slow-walked Trump's nominees.

Trump went with a number of picks who had little or no experience in the agencies they would be tasked to run. In some cases the nominees actively worked against the missions of the agencies.

Another thing that slowed down the process: Candidates for Cabinet posts are typically pre-vetted, working with the Office of Government Ethics to identify and unwind potential conflicts of interest before their names are even announced. But that didn't happen this time. Two Cabinet-level picks still haven't completed that process.

And that's only talking about the very top level.

"There are an extraordinary number of appointed positions that require Senate confirmation that the Trump administration has yet to even name somebody on," said University of Akron political science professor David B. Cohen. "I mean, we're talking about almost 700 key positions."

So far just 35 have been named, says Stier of the Partnership for Public Service.

"If they don't focus on getting great people in place that understand how to use government effectively," he says, "they won't get done what they say they want to do and they won't respond well to the crises that will inevitably come up on their watch."

But Trump is about on pace with Obama in terms of naming people for those spots, and even ahead of other previous presidents.

Stier says vacancies near the top of agencies are undesirable but certainly aren't unheard of. In 2009, he says, the Treasury Department didn't get its No. 2 official confirmed until May — which he wants to make clear was a very bad thing, in the midst of the financial crisis.

A White House official tells NPR the administration is not behind in picking undersecretaries and deputies, pointing to the past two administrations where many second-tier appointments didn't happen until late February or March.