Accessibility links
'Bottle By My Bed': A Barroom Honky-Tonker Dreams Of Motherhood Country singer Sunny Sweeney's frank and personal ballad wrestles with the desire for motherhood while recognizing how a female musician's lifestyle can look to a harried mom.

Sunny Sweeney, 'Bottle By My Bed'

Songs We Love: Sunny Sweeney, 'Bottle By My Bed' 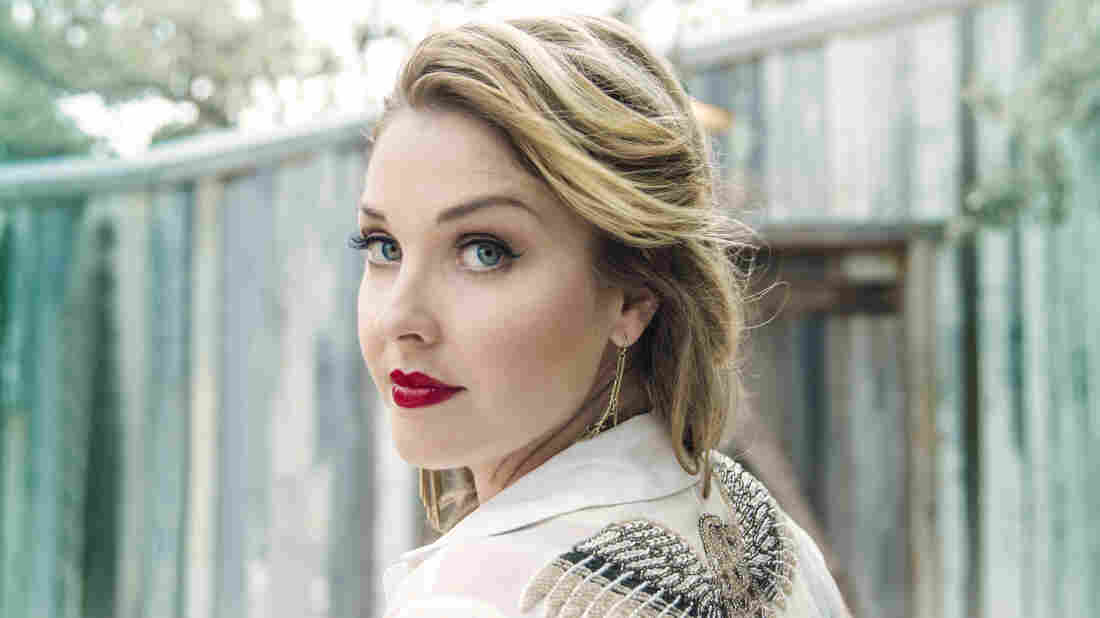 Christina Feddersen/Courtesy of the artist

All manner of differences can seem like unbridgeable chasms in a social and political climate like this one, but East Texas singer-songwriter Sunny Sweeney happens to be quite practiced at bridging divides. A decade ago, she parlayed the respect she'd earned in the bars and clubs of Texas's Red Dirt scene into a warm welcome in the Americana music world and a launching pad to the country mainstream — without letting those categories' diverging cultural and aesthetic values cramp her style in the least. Though she usually shies away from politics, she and fellow Austinite Brennen Leigh wryly made a show of musical solidarity between otherwise opposing viewpoints during last year's election season.

One particular song on Sweeney's upcoming album, the Dave Brainard-produced Trophy, extends profound empathy toward people whose life paths appear to be at radical odds. Its title, "Bottle By My Bed," is playfully ambiguous, but Sweeney's lyrics and delivery strike a clear-eyed, confessional posture: She discloses the private agony of badly wanting the child that you're unable to have and of observing the lives of parents around you through the lens of your own child-rearing fantasies, even as she acknowledges how appealingly unencumbered a female musician's lifestyle can look to a harried mom. While it's not at all the sort of thing that Sweeney typically writes about, the ballad is as frank and personal as anything she's recorded to date.

Jewly Hight: In country music, past generations of women artists often described thinking of Loretta Lynn's "Don't Come Home A-Drinkin'" and Kitty Wells' "It Wasn't God Who Made Honky Tonk Angels." They were singing about men going out on the town and bringing messes home with them. Have you ever thought about how the world you depict in your songs compares with that?

Sunny Sweeney: Loretta's my female hero. On this planet, her and Merle Haggard, as far as songwriting goes, they're the best. I realized as an adult why I love them so much, and it's because they actually wrote and sang about things that were real. It wasn't some fantasyland.

What I'm getting at is that so many of your songs are set in barrooms, outside the domestic sphere.

But they're dealing with a woman's side of it. I see what you're saying.

How do your fans connect with where you're coming from?

A lot of fans have come to me afterwards or written me on Facebook or Instagram and said, "Thank you for writing these things. I've felt this for so long. It's like you're in my head." I'm not in their head — it's just that we're all people and we're all alike and we all go through the same s***.

You're four albums into your career, and you've consistently projected this undomesticated, honky-tonking persona in your songs, in your singing, even in your stage banter. Did you give any thought to how "Bottle By My Bed" would strike people coming from you?

I definitely did. I wrote it with Lori McKenna. She's everything to me songwriting-wise. I had tried to write this song for years. I never wanted to write it on my own because I thought it would be too sappy.

How many other writers did you attempt it with?

I would say I mentioned it probably to five other people. And they were like, "Mmm, I don't know." But then the most unlikely candidate, Lori, who has five kids, in my head I was sitting there thinking, "I should just ask her. She might bite."

You say unlikely candidate. But since she draws on insights from parenthood in a lot of her songwriting, I wondered if she might have brought an empathy to the subject that you were looking for.

She brings an empathy to everything I've ever mentioned to her. Knowing her even better now, that's probably the best person I could've written the song with, because she knows the love of a child.

I was there for two days in Boston when we wrote it. I went to my hotel room that night and I listened to the song again. I thought, "Geez, that was so cathartic, just to get it off my chest. It felt so good." Then I kind of just pushed it aside: "Now let's go write some songs that I'll actually sing."

So you looked at this as something you needed to write, but had no intention of putting out into the world?

Hell no. Absolutely not.

At that point my husband and I started trying to have a kid. We've had all the testing. It shouldn't not be working. I'm a lot more comfortable talking about it now than I was then, because it makes you feel like you're broken. It makes you feel like there's something wrong. Then we ended up doing infertility treatments. We spent all the money we had on trying to do it, and nothing was happening. This may be way TMI, but it's part of the story and it's why I wanted to write it.

Then I played it at a songwriter's night one night, maybe like a year later. I didn't plan on playing it — I just did it. We did that show and these two girls came up to me and they just lost their minds, bawling their eyes out. I don't ever want to make people cry, but I do want to make people feel something.

You mean you don't want people to feel emotionally manipulated?

Right. But I want to open up about something specially I know now a lot of people can relate to. It's just nobody wants to talk about it.

Women who tour as musicians don't often talk about how these realities play out in their lives and careers.

I just have a bad taste in my mouth about the way that it's looked at for women in the music business. It's like guys get a high five if they become a dad, but the woman gains weight and [that has to be planned for]: "This is when you can try IVF, and if it doesn't work, then you're not allowed to do it the next time."

Anyway, we did fertility treatments. It didn't work. I won't get into the gory details. Then miraculously I end up pregnant naturally. This is way after the song's written. 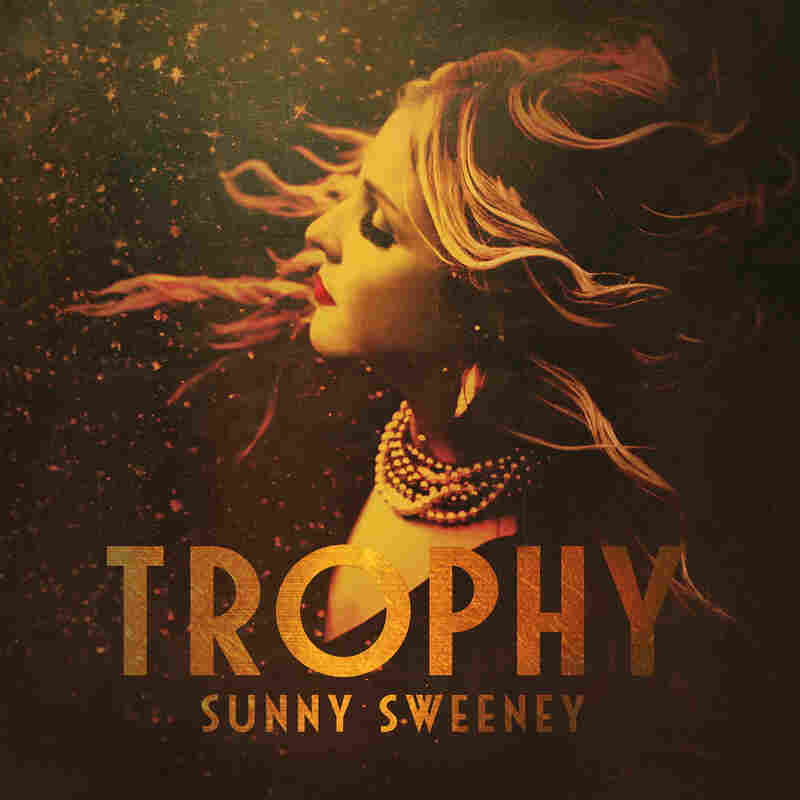 I finally decide I'm just going to go ahead and put it on a record, because I know now all these girls that I've talked to, and all these guys, relate to it. So we went in to make the record and I did my scratch vocals. My best friend was in the room with me and she knew — I mean there were only two or three people that knew that I was pregnant. Then I had a miscarriage, and I had to do my final vocals. I think it was one and a half weeks after I had a miscarriage. I almost had to scratch the song. I could not do it. I've had a lot of crazy, random stuff happen to me, but that was truly, as an adult, the hardest thing that I've ever had to go through, was singing that song that close to [the miscarriage].

We started looking into adoption. I will have a child at some point in my life. I'm not worried about that, because I know I'm supposed to be a mom. But I want people to know it's OK to talk about it. It doesn't mean you're broken. It makes you feel like it, but it doesn't mean that you are.

How did your husband take the song?

I'd cried, but we hadn't talked about it much. This was maybe a week after I had the miscarriage. We were sitting on the porch and I said, "I just can't believe this happened to me after all this time and all this money." Jeff — Jeff's my husband — he said, "Did you not think about what it did to me too?" He was more upset than he had let on to any of us. He was trying to be strong and be the rock and all that, but he's the other half of it. It was his baby too.

All my friends have kids, and they're having kids every day it seems like, every single day. And I'm so happy for them and I try to go to baby showers and buy baby presents, but I'm not gonna lie: It hurts.

In the first verse you describe the disconnect between your perception of what life is like for people raising kids around you and their perceptions of your glamorous touring experiences. You show that there's a bit of romanticizing on both sides.

I've had a best friend since I was in third grade. She has four kids. She and I have had lots of conversations about this. She'll call me [after] she'll see me on some website. She's like, "How did you get cool? I don't understand." And I tell her, "I'd trade you [my life for yours] tomorrow." She said, "I get it. But you have to understand that I'm looking at you while I'm sitting here in pajama pants and I see you dressed up. You look cute. Your hair's done and you have makeup on."

How do you speak across that divide?

To me, it's the same as when people ask me the question, "How do you live out of a suitcase?" I'm like, "How do you not?" To me, that's just what I do. I look at it more like they're people instead of [defining them by] their situation. I just feel it's more about respecting what they do, then they respect what you do.