Accessibility links
John Kelly, Homeland Security Secretary, Says Travel Vetting Could Include Passwords, Tweets John Kelly tells NPR that screening needs to improve. He also says President Trump's travel ban is not based on religion, and one of the great strengths of the U.S. is diversity of religious views. 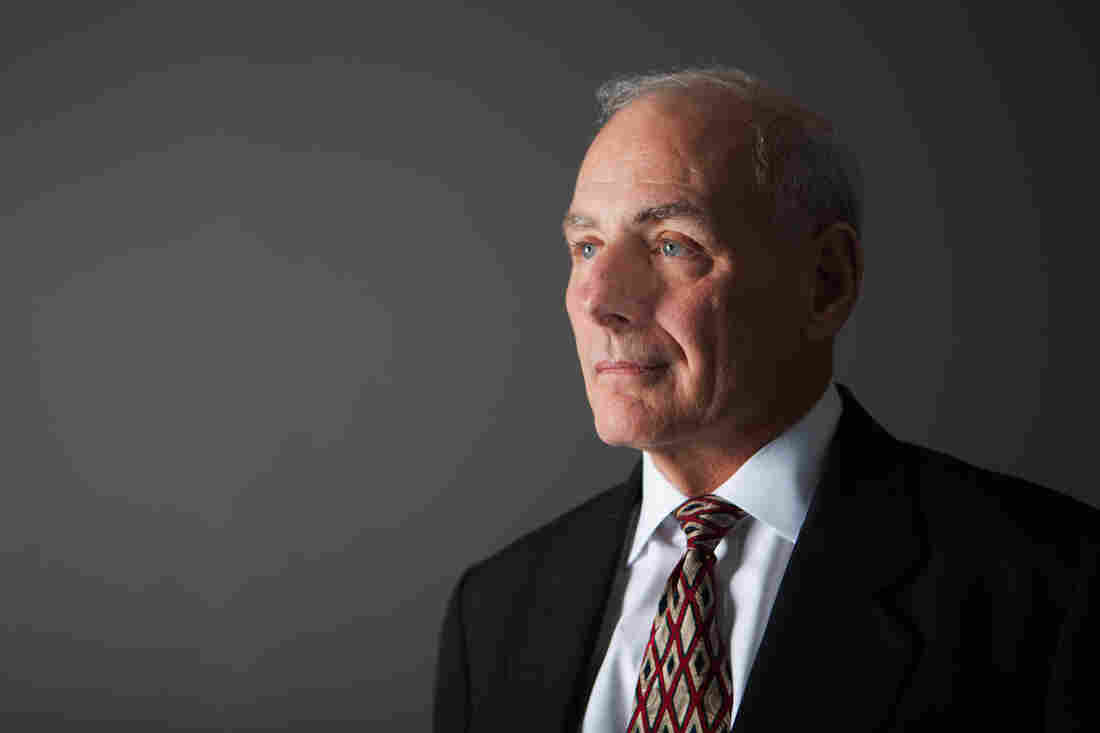 In an interview with NPR, Homeland Security Secretary John Kelly again took the blame for the rocky rollout of the travel ban and for failing to notify congressional leaders of the policy's implementation. Claire Harbage/NPR hide caption 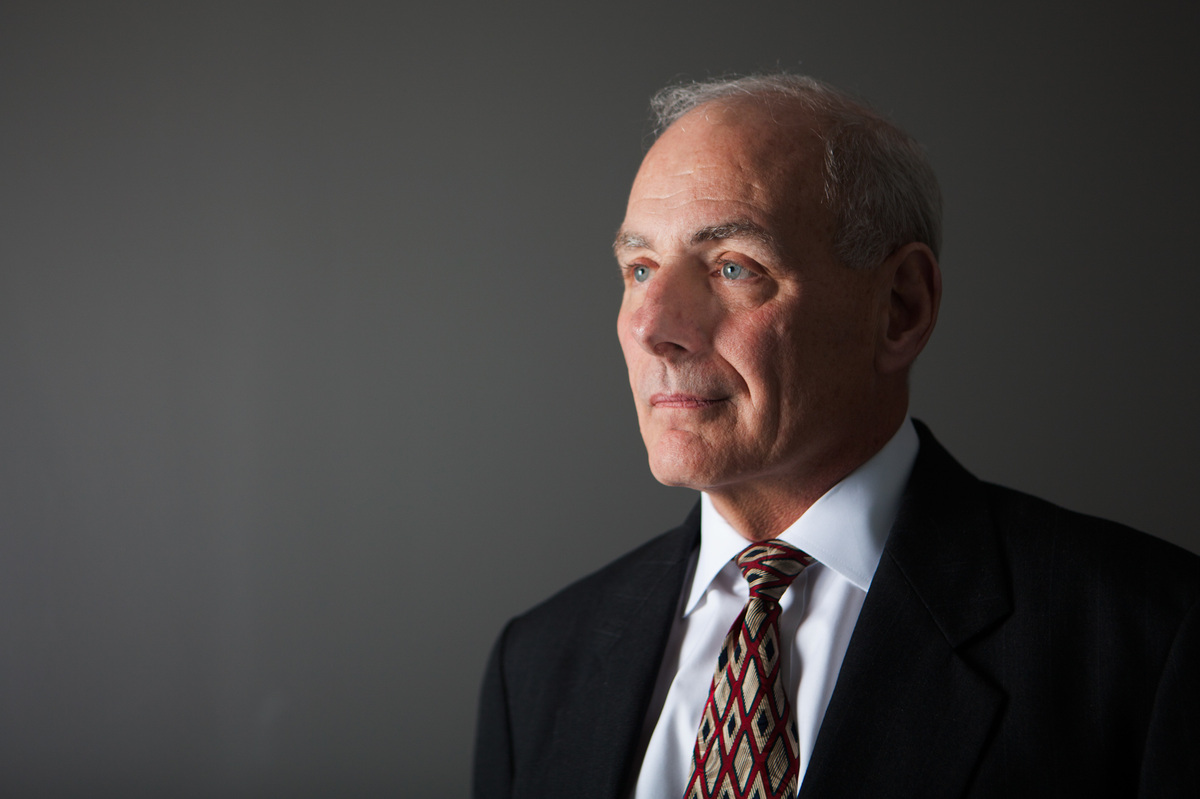 In an interview with NPR, Homeland Security Secretary John Kelly again took the blame for the rocky rollout of the travel ban and for failing to notify congressional leaders of the policy's implementation.

Homeland Security Secretary John Kelly says the U.S. needs to "do a better job to vet" residents of seven majority-Muslim countries that the Trump administration has temporarily banned from entering the U.S.

In an interview with Morning Edition host Rachel Martin, the retired Marine Corps general said the ban, which has been blocked by a district court order that is now being reviewed by the 9th Circuit Court of Appeals, "is not based on religion in any way."

He said the seven countries — Iraq, Syria, Sudan, Iran, Somalia, Libya and Yemen — are unable to vet their citizens and "provide us with information that we're comfortable with."

Kelly said the administration is considering requiring residents of the seven countries to provide lists of the websites they've visited and their passwords, to enable officials "to get on those websites to see what they're looking at."

Kelly said some of the other "ballpark things" that his department is considering include looking at applicants' social media use "to see what they tweet," as well as financial information and cellphone contacts so that officials can check the numbers against databases kept by the U.S. and the European Union.

Kelly took the blame for the rocky rollout of the travel ban, and as he said in a hearing on Tuesday, he admitted he should have prepared congressional leaders ahead of the policy's implementation. He told NPR that in the future he will tell administration officials, "OK, give that to me and I will roll it out and I will tell you how I'm going to do it." Kelly said the rollout will include notification to select members of Congress and the press.

Kelly showed a willingness to work with the news media that has not been evident from some other members of the Trump administration. It is "very important to engage the press," he told NPR, "because if you engage the responsible press, they will help you write an accurate story." It may "not be the story you want," Kelly said, "but it will be an accurate story."

Kelly said "the great success" of the U.S. has been people from diverse backgrounds coming here "following every kind of religion," or "not following any religion at all."

Asked about President Trump's comments that his promised border wall was "getting designed right now," Kelly said he is traveling to the Southwest this week to speak with Customs and Border Protection agents. He said those he has spoken with so far have asked for a barrier they can see through so they can react quicker.

President Trump Is Moving Forward With His Wall. Is It Really Going To Happen?

"You can't build it all at once," he said, but the administration is deciding "where to put it immediately given financing" and construction capacity. Kelly said any wall "has to be backed up by people, and it has to be reinforced, if you will, by technology."

As the former commander of U.S. Southern Command, Kelly said it "breaks my heart" when he hears about people from Central America who have lost their lives trying to enter the country: "It's a humanitarian thing to me to somehow create an environment that deters them from leaving."

Kelly said the U.S. "has a moral responsibility" to help people in those nations economically, with investment. He also said the drug demand in the U.S. is creating most of the problems in countries to the south, and even "if we don't care about" drug use here, "we ought to care about what it does to other countries."