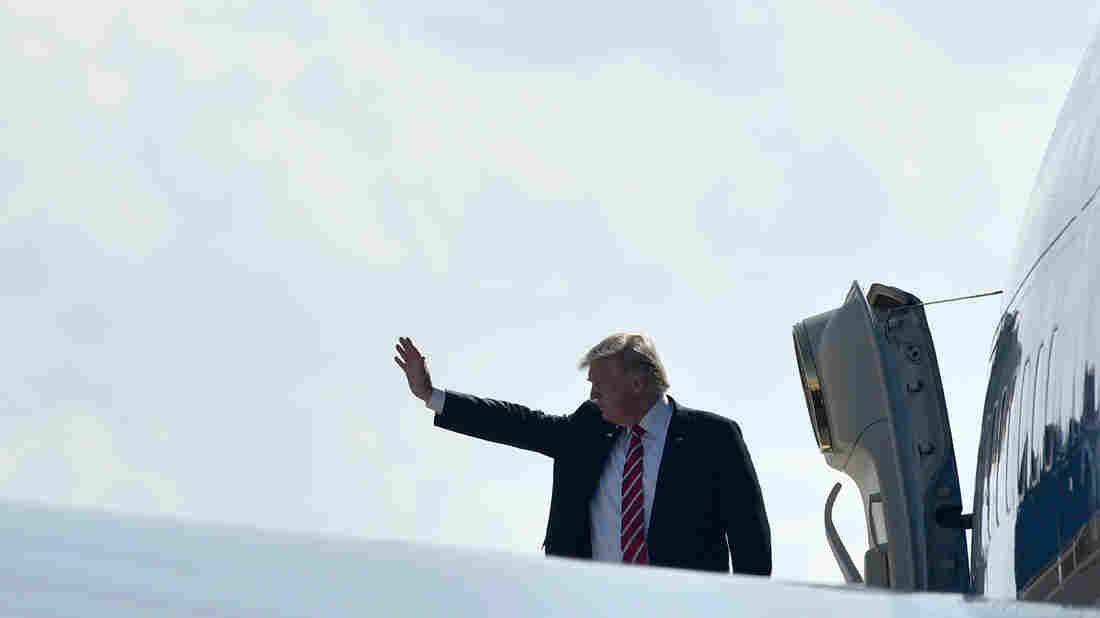 President Trump, shown boarding Air Force One in Tampa this week, is to meet with airline CEOs at the White House. Dated infrastructure is one topic expected to be discussed Thursday morning. Mandel Ngan/AFP/Getty Images hide caption 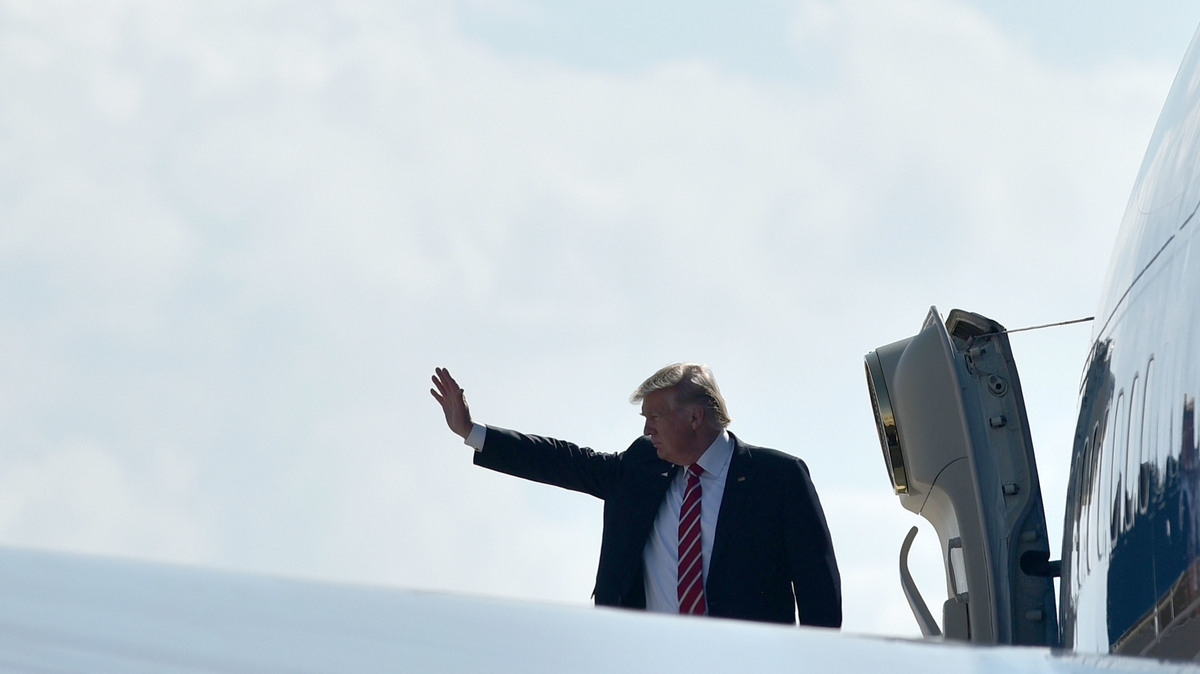 President Trump, shown boarding Air Force One in Tampa this week, is to meet with airline CEOs at the White House. Dated infrastructure is one topic expected to be discussed Thursday morning.

CEOs of major U.S. airlines are scheduled to meet with President Trump on Thursday morning.

The session comes after airlines had to deal with what one CEO called "turmoil" over the president's travel ban.

The focus of the meeting will more likely be on airport infrastructure, the air traffic control system and what the airlines say is unfair foreign competition. Airline pilots and flight attendants are on the same side as their bosses when it comes to foreign competition, and their message should sound familiar to President Trump.

They've called on President Trump to reverse the Obama administration's decision to allow Norwegian Air International to fly routes into the U.S. They say the Ireland-based company uses its location to bypass labor laws and hire cheaper flight crews.

"This is not how we make America great," says Todd Insler, who heads United's pilots union. "Hurting U.S. workers, skirting the law is not how it should be done."

Some consumer groups, however, prefer that the president not side with American, Delta and United.

Paul Taylor of FlyersRights.org says, "Apparently, the top three carriers anyway in the U.S. feel that they don't want to compete and they would rather just shut out foreign competition."

Other topics likely to be discussed at the White House include modernizing the country's air traffic control system, regulatory reform and airport infrastructure needs.

During the campaign, Trump said the country's outdated airports "are like from a third-world country."

And that should be music to the ears of airline CEOs, says DePaul University airline expert Joe Schwieterman.

"Airlines have been voicing complaints for a long time about the taxes their passengers pay and infrastructure falling behind, you know, but today's meeting is a little unprecedented. [They'll] actually have a new president's ear who's made some comments that he's willing to think big."

While the CEOs of United and Delta have breakfast with President Trump at the White House, American Airlines CEO Doug Parker won't be there because of a scheduling conflict. Parker had called the president's executive order prohibiting citizens of seven Muslim-majority countries from traveling to the U.S. "divisive."

But a company statement says Parker shares the president's commitment to modernize infrastructure and to promote safe and efficient air travel.