Accessibility links
Trump Meets With Airline CEOs, Vows To Update Infrastructure The president told a group of airline CEOs that U.S. airports are at the "bottom of the rung" and in need of an update. 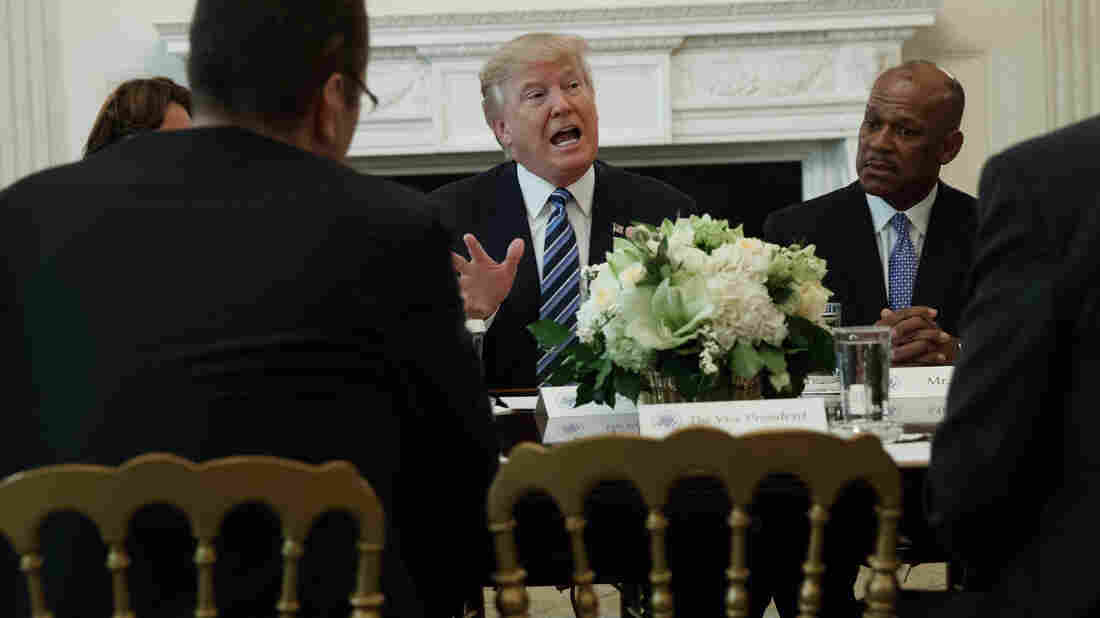 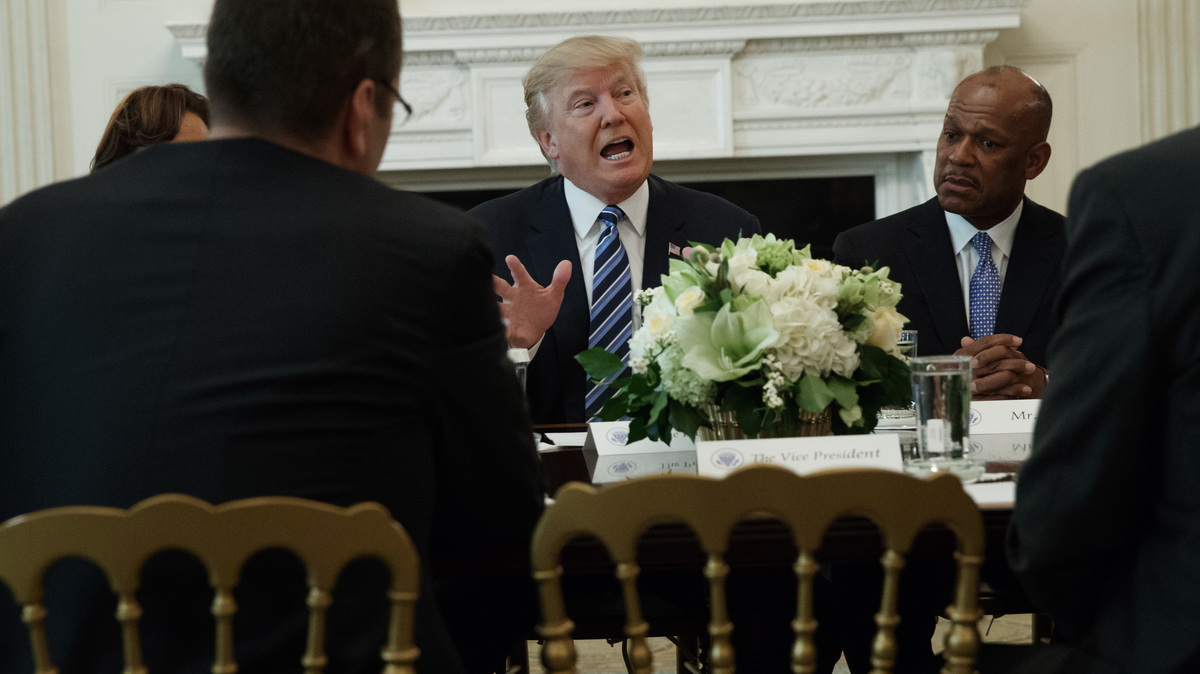 President Trump says the U.S. has obsolete airports and trains and bad roads.

President Trump met with airline executives on Thursday morning and had a message they were happy to hear, vowing to roll back regulations, lower corporate taxes and modernize the air traffic control system.

Trump said his private pilot, "a real expert" and a "smart guy," has told him that the government has been buying the wrong type of equipment in its years-long effort to upgrade the current control system. He said U.S. airports "used to be the best, now they're at the bottom of the rung."

Rural America Supported Trump, But Will His Policies Support Them?

He also said there are no fast trains in the U.S., "but if you go to China, you go to Japan, they have fast trains all over the place."

The Obama administration pushed to invest in high-speed rail in the U.S. but was met with resistance from Congress and several state governors.

Trump said the U.S. has an obsolete "plane system, obsolete airports, obsolete trains, we have bad roads," vowing his administration will change all that.

"You're going to be so happy with Trump," the president said.

"Airlines have been voicing complaints for a long time about the taxes their passengers pay and infrastructure falling behind, you know, but today's meeting is a little unprecedented," Joe Schwieterman of DePaul University said. [They'll] actually have a new president's ear who's made some comments that he's willing to think big."

The president reiterated past remarks that the U.S. has spent trillions in the Middle East and "got nothing" — not even "a little tiny oil well."

Trump also announced he would unveil his tax reform plans in the next two or three weeks, vowing, "It will be phenomenal."