Accessibility links
StoryCorps: A Romance That Began With A Mistake The Dewanes' paths crossed when Claudia, a bank teller, accidentally gave Bill, a customer, too much money. It led to a first date, and an admission that an accident changed Bill for the better. 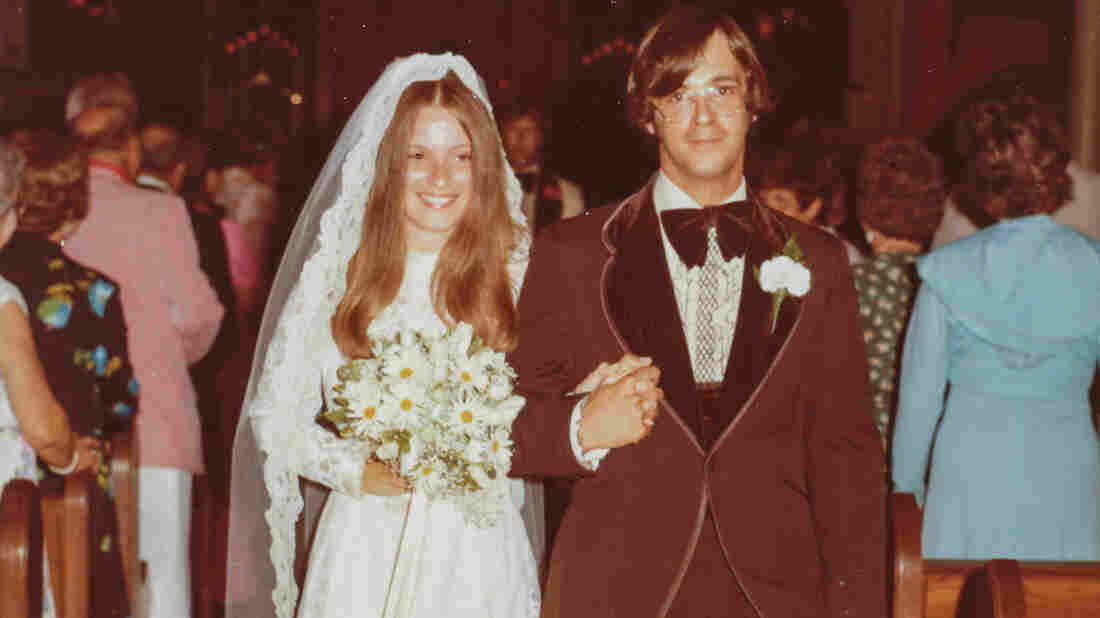 Claudia and Bill on their wedding day, July 12, 1975. Courtesy of the Dewane family hide caption 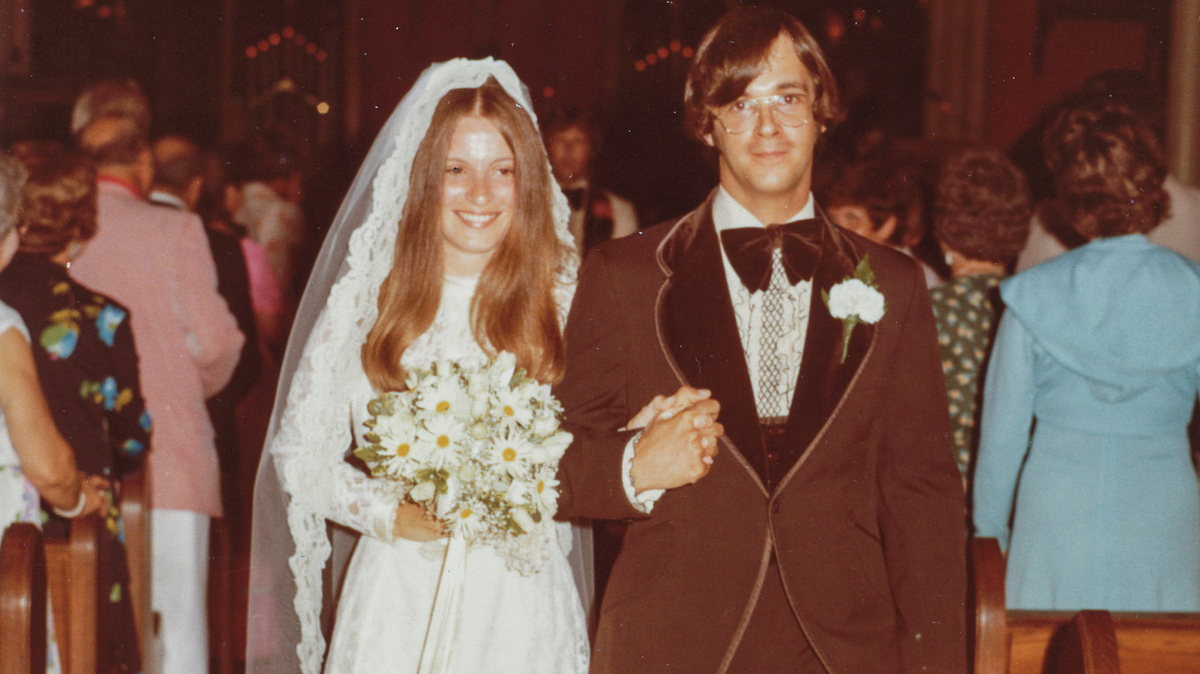 Courtesy of the Dewane family

Claudia Maraviglia was working at a bank. Bill Dewane, a bank customer, had recently suffered a serious spinal cord injury that left him partially paralyzed.

"I was a teller, and you came in to cash a check and you had like, a denim shirt on, and it was partially open, and you had this nice long hair. You were so cute. And I remember I gave you too much money, 'cause I got so flustered," Claudia says. "But then you came back about an hour later, and you said, 'You gave me too much money. Do you want to go out with it tonight?' and I said, 'Well, then I'll get in trouble, so let's go out and I'll pay for it.' "

Bill says he didn't let her pay. They got engaged about three months after they started dating.

"For me it's just a very physical thing," says Bill, 67. "I mean, my skin would get all tingly, and you made me happy. You still make me happy." 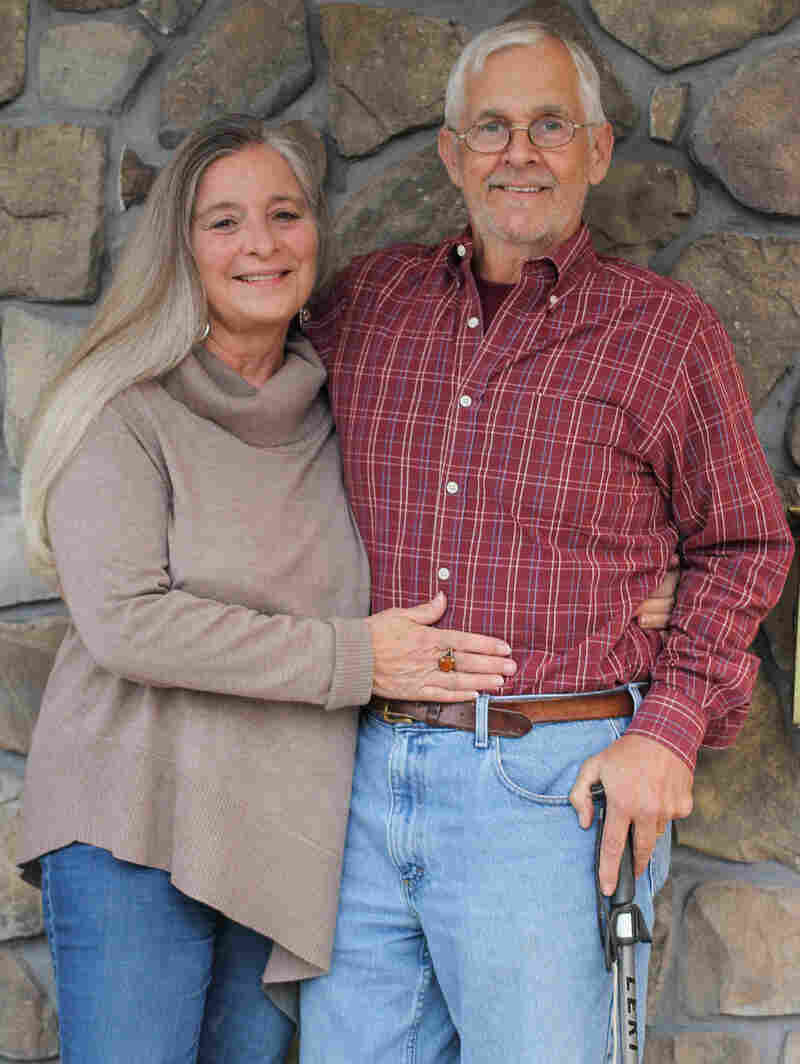 Claudia and Bill Dewane. They spoke to StoryCorps in Camp Hill, Pa. Bill is a retired budget analyst for Pennsylvania. Claudia is a professor at Temple University. StoryCorps hide caption

"Were you worried at all about marrying a man with a disability?" he asks Claudia, 66.

"I really wasn't. I just felt like you were still you. Your accident was pretty traumatic and you've always said you've changed after that," she says.

Before his accident, Bill says, he wasn't very nice.

"I was a hard ass," he says. "I was not the type of person that I think you would have wanted to meet. But you get a chance to lay in bed for six months and re-evaluate who you are. It was ... an opportunity to change the way I was."

"Your most enduring trait to me is your determination. You just will not give up," Claudia says. "I notice our daughters have that, too."

"You've said that, but my disability, it's getting worse. You should opt out," he says.

"That's what for better or for worse means," she says. "What are you hoping for us as we enter this final chapter?"

In Marriage, A Bond Of Love, Loss And Light

"Well, I'm sorry. You look at the mortality tables," he says.

"You statistician you," she says, laughing. "You've very loved. I hope you know that — even though you are sometimes a pain."