Accessibility links
Interview: George Sanders, Author Of 'Lincoln In The Bardo' George Saunders — acknowledged as a master of the short story — moves into novel form with Lincoln in the Bardo, a supernatural tale of President Lincoln grieving the death of his son Willie.

George Saunders is acclaimed as a genius of the short story — and now he's written his first novel. It reads as part Our Town, part ghost story, and even part Ken Burns. It's a story that gives voice to a child who has died, and resonance to the silence of his father, who is enveloped by — and the instrument of — much grief. 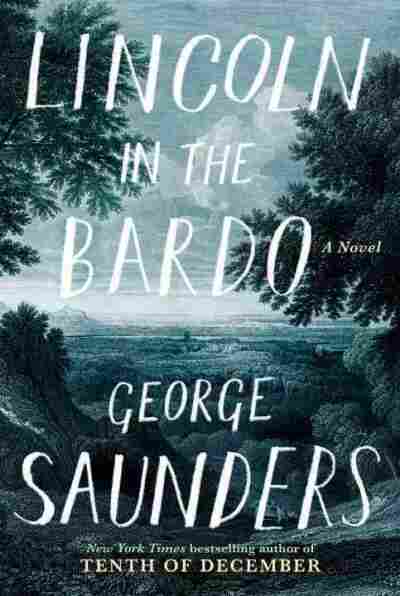 Lincoln in the Bardo is a novel that grows from the seed of the real-life death in 1862 of Willie Lincoln, the 11-year-old son of Abe and Mary Lincoln. Saunders tells NPR's Scott Simon that the bardo is a Tibetan concept, a kind of transitional zone. "For example, we're in the bardo right now that goes from birth to death," he says. "And the book takes place just after that, in the bardo that goes from death to whatever's next. In the Buddhist world it would be reincarnation."

On how this story grew into a novel

I had only written stories, and I was so happy and maybe a little proud that I'd never written a novel. And this one, I heard this anecdote many years ago ... about Lincoln having been so grief-stricken that he actually returned to the crypt one night to commune with his son's body. So I carried that idea around for 20 years — almost trying to shuck it off, it seemed really difficult, you know? Four years ago, I was like, jeez, this has been bothering me all these years, maybe it's time to give it a try. And I kind of almost had a contract with this book. Kind of like, don't bloat up on me — be a story if you can be a story. If you can be a nice paragraph, that's fine. So I kind of kept it on a short leash, but it just kept growing, so I finally said, "OK, you are what you are."

On the conflicting truths in the book — and in life

You always hope that a book will lead you somewhere you didn't plan to go. And in this one, it was kind of unrelenting in leading me to think about that strange conundrum we're in here. We seem to be born to love — that seems to be what we do naturally and what we crave to do. And then all along, we sort of know that everything is conditional. So how do you, in this world, live joyfully and productively in the face of those two truths? And what I do mostly is just deny the second one. But in the book, showing Lincoln at this pivotal moment, he's not in a position where he can decide to live in denial.

We seem to be born to love ... And then all along, we sort of know that everything is conditional. So how do you, in this world, live joyfully and productively in the face of those two truths?

On whether there are religious themes in the book

Oh yeah, I think so. If you dwell on that conundrum that we talked about earlier, that's almost by definition a spiritual question — we're here, it seems pretty wonderful, it's gonna end, how should we behave. In the Buddhist tradition, one of the ideas is that your mind and body in this realm kind of work together to dampen the mind's wild qualities. And then when you die, that tether gets cut, and your mind is sort of supersized. So whatever habits or neuroses, or pleasures, or mythologies that you indulge in here will be sort of exaggeratedly large. So that seems like kind of an admonition that we should watch what our minds do.

And then also one of the intriguing ideas is that whatever your symbolic system is here, that's what you'll think when you go beyond. So if you're a strong Christian, you'll see saints, and you'll see Jesus and so on. Strong Tibetan Buddhists tend to see Tibetan deities. So again that's kind of wonderful but also a little cautionary — because if you're only watching pro wrestling, it might be a surprise when you get there.

On Lincoln as our American saint of sorrow

He is, and I think rightly so. I mean, he was, it seems, quite depressed at times, and was a kind of heroic struggle against the depression. You know what struck me? He had this sort of suite of characteristics, certainly sorrow was one of them. People talk a lot about his kindness, also his ability to kind of get into a situation where people — like me, for example — would be defensive or aggressive, or be very concerned with asserting my correctness. And he would kind of step back, and it seemed that his desire was always for the outcome to be positive, even if he had to take it on the chin a little bit, or break something up with a joke. He really had a long view of how to make things work — which I think is related to this deep concern he had for other people.

By the end, you know, you felt like he was in some ways representing an America we haven't quite gotten to yet, in terms of true equality, and the idea that love could actually a political force.