Accessibility links
Trump, GOP At Odds Over 'Border Adjustment' Tax President Trump and House Republicans want to slash the corporate tax rate. But coming up with a plan may be hard because of disagreement over a "border adjustment tax." 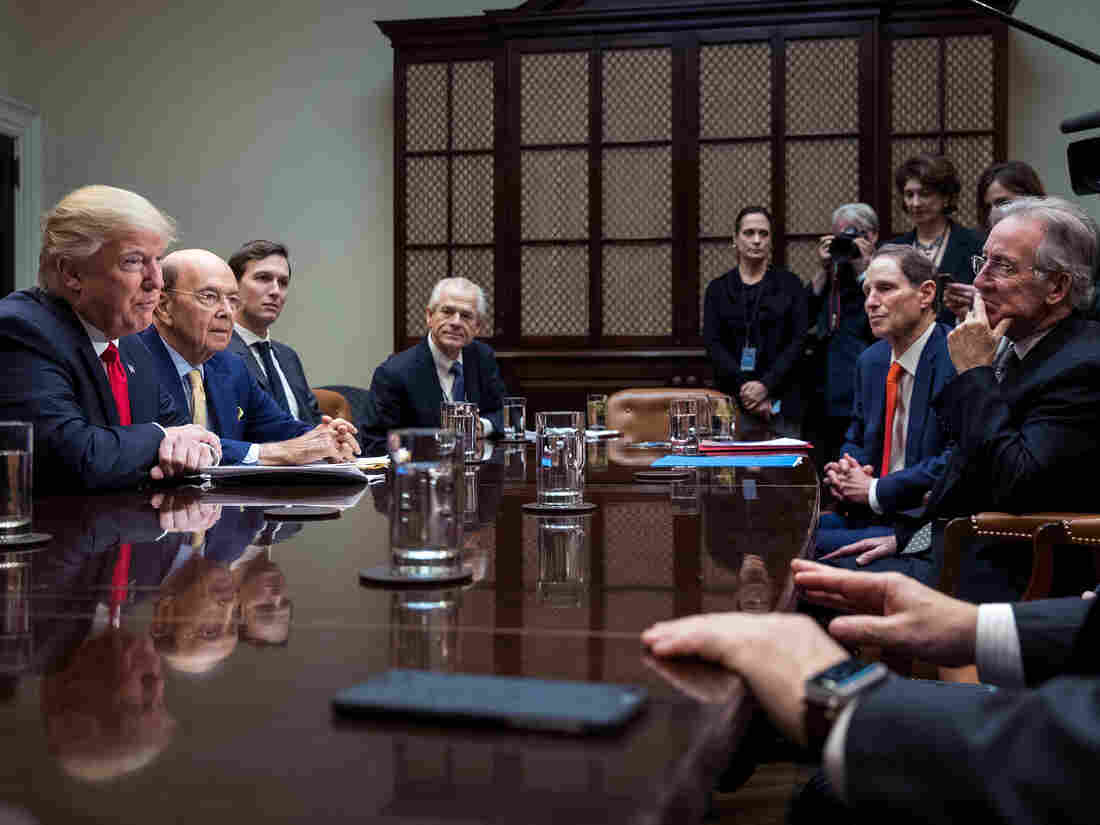 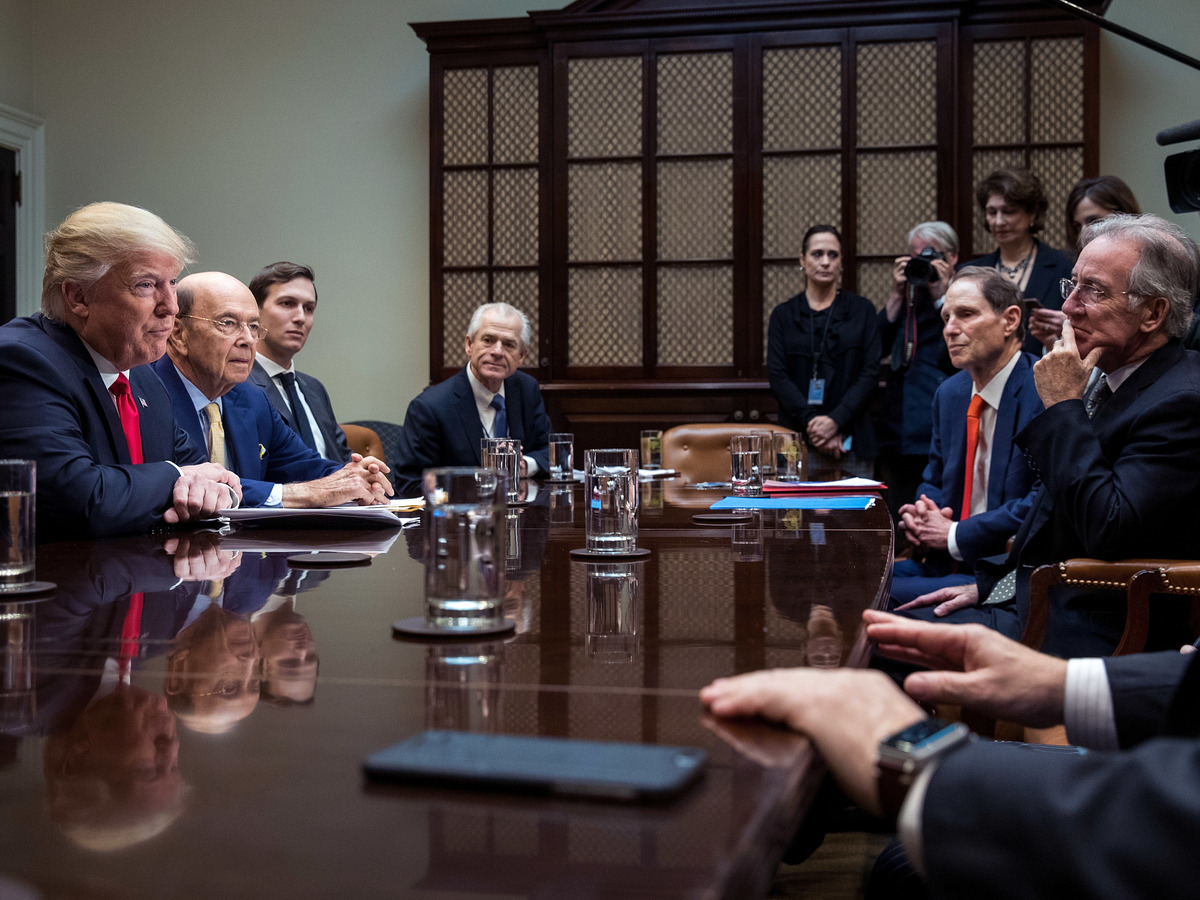 President Trump meets with advisors and Senate and House legislators at the White House on Feb. 2.

On Thursday, President Trump told airline executives visiting the White House that tax relief for corporate America is on the way.

"We're going to be announcing something, I would say over the next two or three weeks," said Trump, adding that it would be "phenomenal."

But there's at least one big issue that stands in the way. It's called the border adjustment tax. House Republican leaders want it, but the president and some other Republicans are skeptical.

There's no doubt that Trump and House Republican leaders are interested in a border tax. The question is what kind. Trump wants to tax imports to punish individual countries, like Mexico, and pay for his border wall.

House Republican leaders have a much more dramatic idea. They would levy what they call a "border adjustment tax" of 20 percent on imports from all countries.

Texas Rep. Kevin Brady, chairman of the House Ways and Means Committee, is a big supporter of this approach. In an interview with NPR, Brady said that right now, "American companies and workers are competing with one hand tied behind their backs, because our tax code is so outdated."

Brady says many of our trading partners use a value-added tax (VAT) that taxes U.S. goods and services, while subsidizing their own exports. Brady argue that unfairly penalizes U.S. products.

In Talks With Trump, Japan's Shinzo Abe Will Seek To Smooth Economic Tensions

Nevertheless, Brady and House Speaker Paul Ryan have proposed a 20 percent "border adjustment tax" that they believe is necessary to level the playing field.

"Foreign products shouldn't get a tax break in our tax code." says Brady. "Our proposal eliminates those tax incentives and creates true competition in the U.S."

And here's the bonus ... and one of the keys to tax reform. A 20 percent tax on all imports would produce an estimated $1.2 trillion over 10 years, enough to offset much of the loss in revenue from the big reduction in tax rates that Republicans want, including dropping from a 35 percent rate to 20 percent for corporations.

But, rate cuts without that revenue, would mean a major increase in federal deficits, causing heartburn for the party's deficit hawks.

Now critics, including some aligned with big Republican contributors like the Koch brothers, say, wait a minute. To a great extent, U.S. consumers will bear the brunt of a tax on imports. They'll end up paying higher prices for things like imported cars, clothes and food. Businesses that import products could also be hurt, including businesses from retailers and petroleum refineries, including those owned by Koch Industries.

He points to economic theory that suggests the dollar would rise and offset the added cost for U.S. consumers. But another heavyweight critic, former Republican presidential candidate Steve Forbes, scoffed at that idea in an interview this week on CNBC.

He expressed disbelief at "the idea that these guys in Washington know what the dollar is going to do in the exchange market," when there are "zillions of factors" determining exchange rates. "I mean the volumes ... in currencies each day is over $5.3 trillion," said Forbes. "These guys are going to figure that out in its intricacies?"

And, Forbes said, the border adjustment tax is raising unnecessary divisions among Republicans and threatening the effort to cut taxes.

"So drop it," Forbes says. "Do a straight vanilla tax cut. We've done that before and it works."

Most important among the skeptics is Trump. He has said he "doesn't love the border adjustment tax," calling it "too complicated."

Brady believes he's making progress on winning over the president. But he acknowledges if he can't convince Trump to accept the border adjustment tax, with its $1.2 trillion in revenue, the big tax cuts Republicans want for businesses and individuals could be in danger.