Accessibility links
White House Says Trump, Who Criticized Obama For Playing Golf, Had A 'Productive' Round With Abe President Trump was a leading critic of the time Barack Obama spent on the green. This weekend, the White House said Trump's round of golf with Japan's prime minister was "productive." 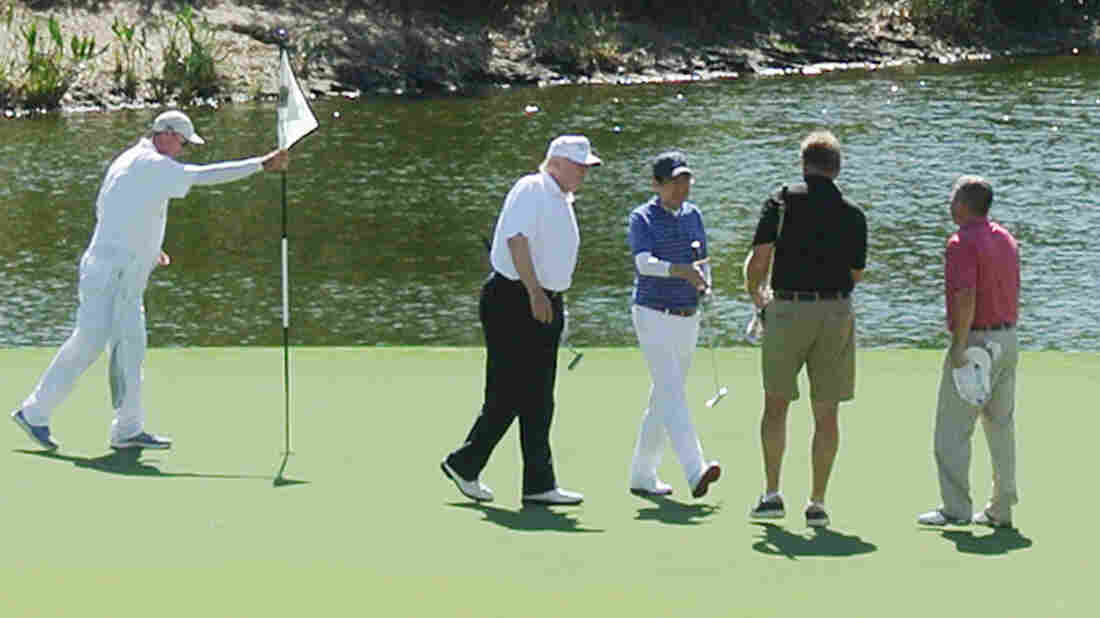 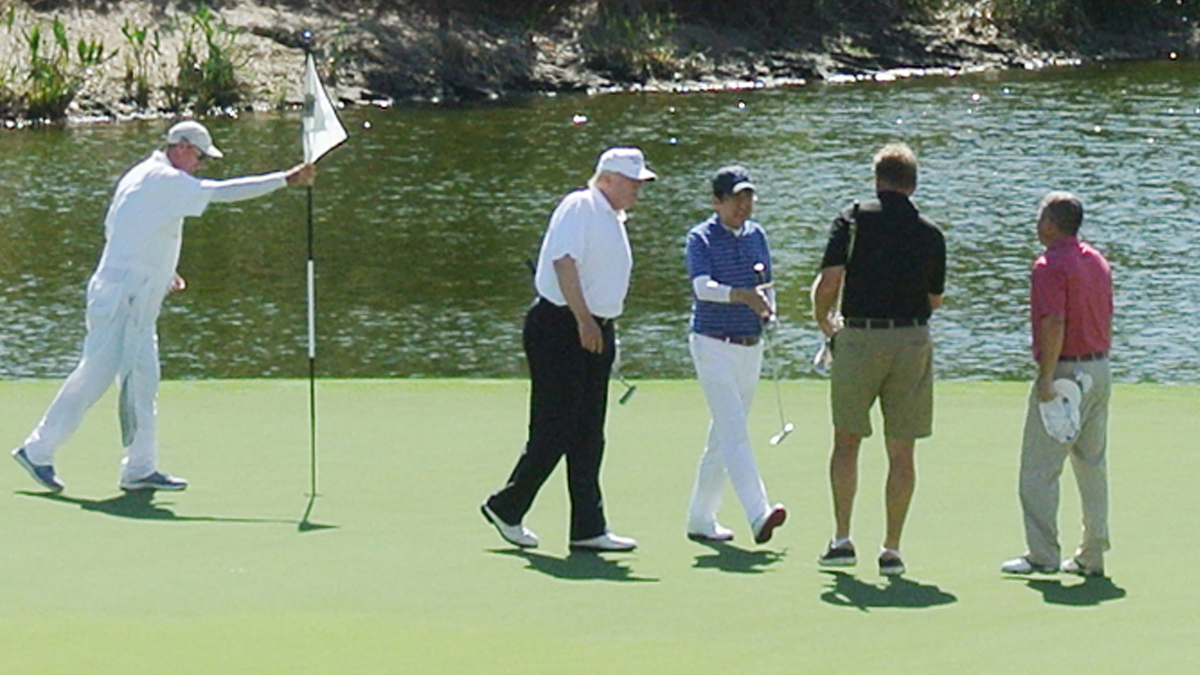 President Trump played golf this weekend, but he wanted to make it clear that he was not just kicking back and relaxing.

"The President enjoyed hosting Prime Minister Abe on the golf course today, which was both relaxing and productive," the White House said in a statement. "They had great conversations on a wide range of subjects."

Played golf today with Prime Minister Abe of Japan and @TheBig_Easy, Ernie Els, and had a great time. Japan is very well represented!

Japanese Prime Minister Shinzo Abe joined Trump at his Mar-a-Lago Club in Palm Beach, Fla., for the weekend, and the two played a round with South African golfer Ernie Els at the Trump National Golf Club in Jupiter, Fla., on Saturday.

The press was not allowed to cover Trump's outing, though The Washington Post obtained some cellphone video of the president appearing to tee off on Saturday.

It's important for Trump to let it be known that his golf outing is a working golf outing, lest he be charged with hypocrisy.

Tee times have been a source of partisan attacks on presidents in recent years. Trump himself was a vocal critic of the amount of time President Barack Obama played golf, falsely suggesting in 2015 that Obama played 250 rounds in one year. Politifact noted that the figure was Obama's golf record over seven years.

Throughout Obama's term, Trump would tweet often when his predecessor was out on the course, which Obama was fairly regularly on weekends and while away from Washington on vacation — as Trump critics were quick to point out this weekend.

Obama spoke of using sports for relaxation in 2014. "When I need to relax and clear my head, I turn to sports. Whether it's a pick-up basketball game — and I'm much slower than I was just last week — or more sedate pastimes like golf," Obama said.

Obama's golf habit was once defended by President George W. Bush, who faced his own criticism over playing golf during wartime.

Bush told the Golf Channel in 2013 that it was "good" for Obama to play golf. "I know the pressures of the job, and to be able to get outside and play golf with some of your pals is important for the president. It does give you an outlet," Bush said.

"I don't want some mom whose son may have recently died to see the commander-in-chief playing golf," Bush explained to Politico in 2008.

Bush said he decided to stop playing golf after word of a particularly devastating bombing in Baghdad that claimed the life of a senior U.N. official came to him on a Texas golf course in August 2003, though his last recorded round as president was two months later.

As for Trump, he's golfing sooner into his term than either of his two immediate predecessors — though neither owned their own golf resorts, to be fair. Politico recounted recently that Obama didn't golf until four months into his presidency and Bush waited more than five months.

Following his outing with Abe on Saturday, Trump went to Trump International on Sunday.

But the White House took care to put out a schedule of meetings that the president was taking, to ensure that no one was under the impression he had time for 18 more holes.