Accessibility links
Trump Meets With Justin Trudeau, Canadian Prime Minister And Talks Of Tweaking NAFTA The president and Prime Minister Justin Trudeau spoke of shared values at a news conference on Monday, but there are big differences in their approaches to immigration. 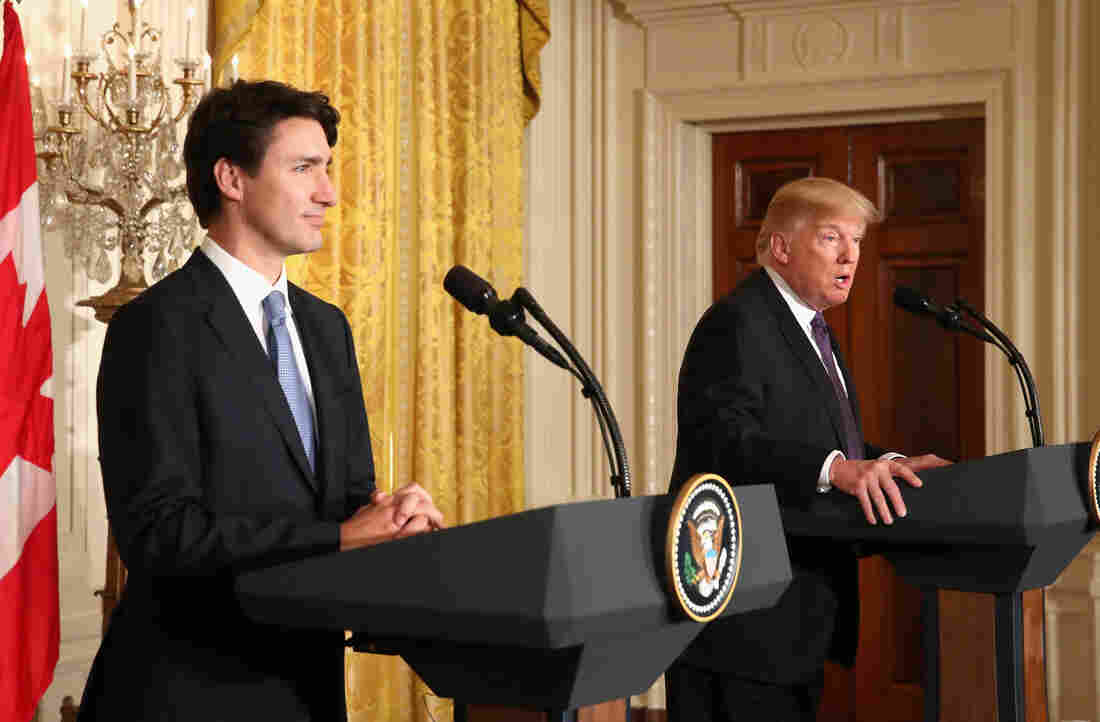 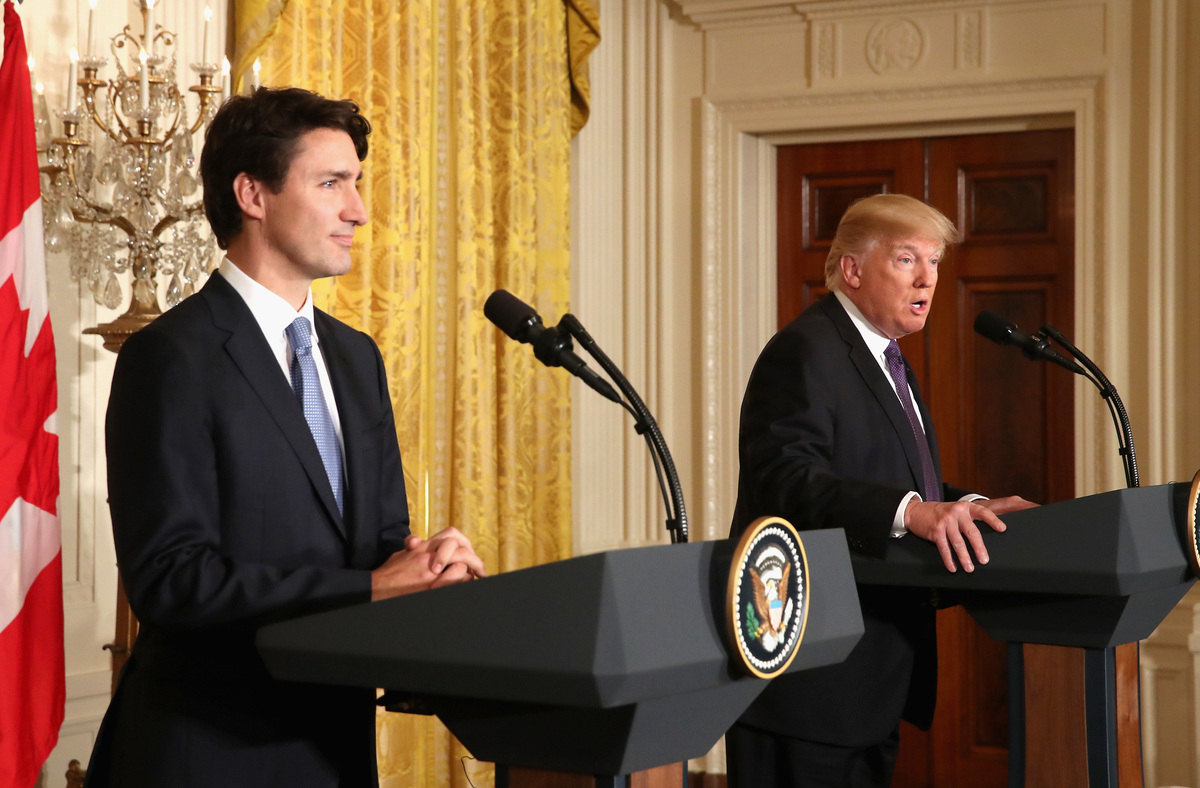 President Trump and Canadian Prime Minister Justin Trudeau participate in a joint news conference in the East Room of the White House on Monday.

President Trump says he is looking at "tweaking" portions of the North American Free Trade Agreement that deal with trade between the U.S. and Canada.

Trump spoke at a brief news conference after meeting with Canadian Prime Minister Justin Trudeau at the White House on Monday. Trump said U.S.-Canada trade is "a much less severe situation" than trade with Mexico.

Trudeau pointed out that Canada is the largest trading partner of 35 states in the U.S., and that trade between the two countries is responsible "for millions of good paying jobs on both sides of the border."

The two leaders also addressed immigration, where their differences are far greater.

Trump praised Homeland Security Secretary John Kelly, whose department oversees Immigration and Customs Enforcement, and which last week conducted what it termed "targeted enforcement operations" that resulted in 680 arrests. Trump said he promised during the presidential campaign to "get the criminals out, the drug lords, the gang members," and said, "We're getting them out."

Unlike Bush, Trump Invokes Terror Threat And Gets Pushback, Not Deference

Trudeau said his country, which has accepted nearly 40,000 refugees from Syria in the past year, "has always taken our responsibility toward security very seriously and our allies including the United States understand this focus very well."

But, he said, "the last thing Canadians expect is for me to come down and lecture another country on how they choose to govern themselves."

He said his role is to govern in a way that reflects Canadians' approach "and be a positive example in the world."

Trump also said North Korea, which announced it had launched a ballistic missile over the weekend was a "big, big problem," and that the U.S. "will deal with that very strongly." He did not elaborate. Neither of the two U.S. reporters called on during the press conference asked Trump about the launch.