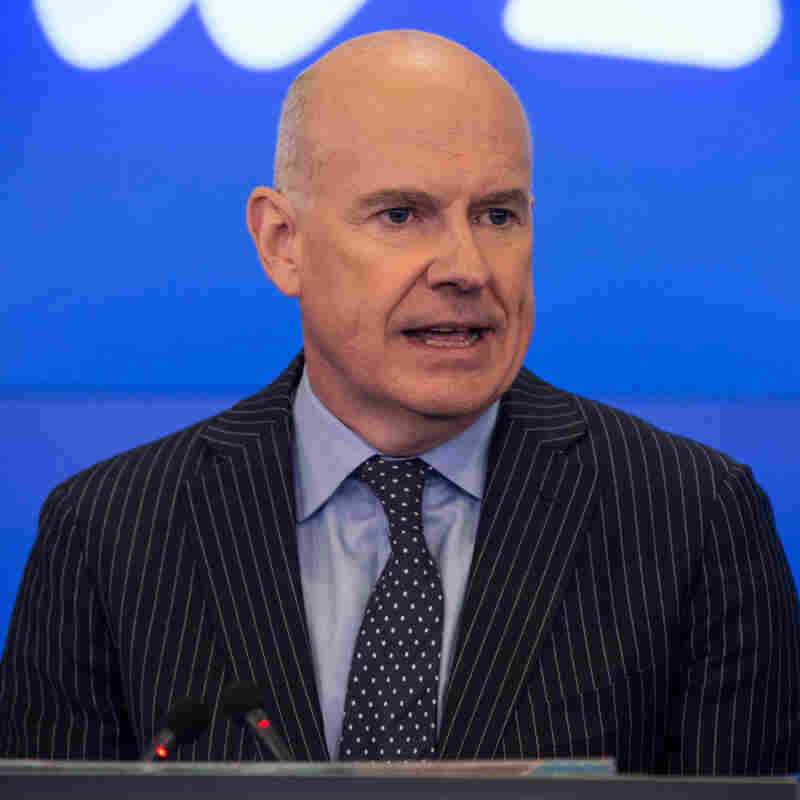 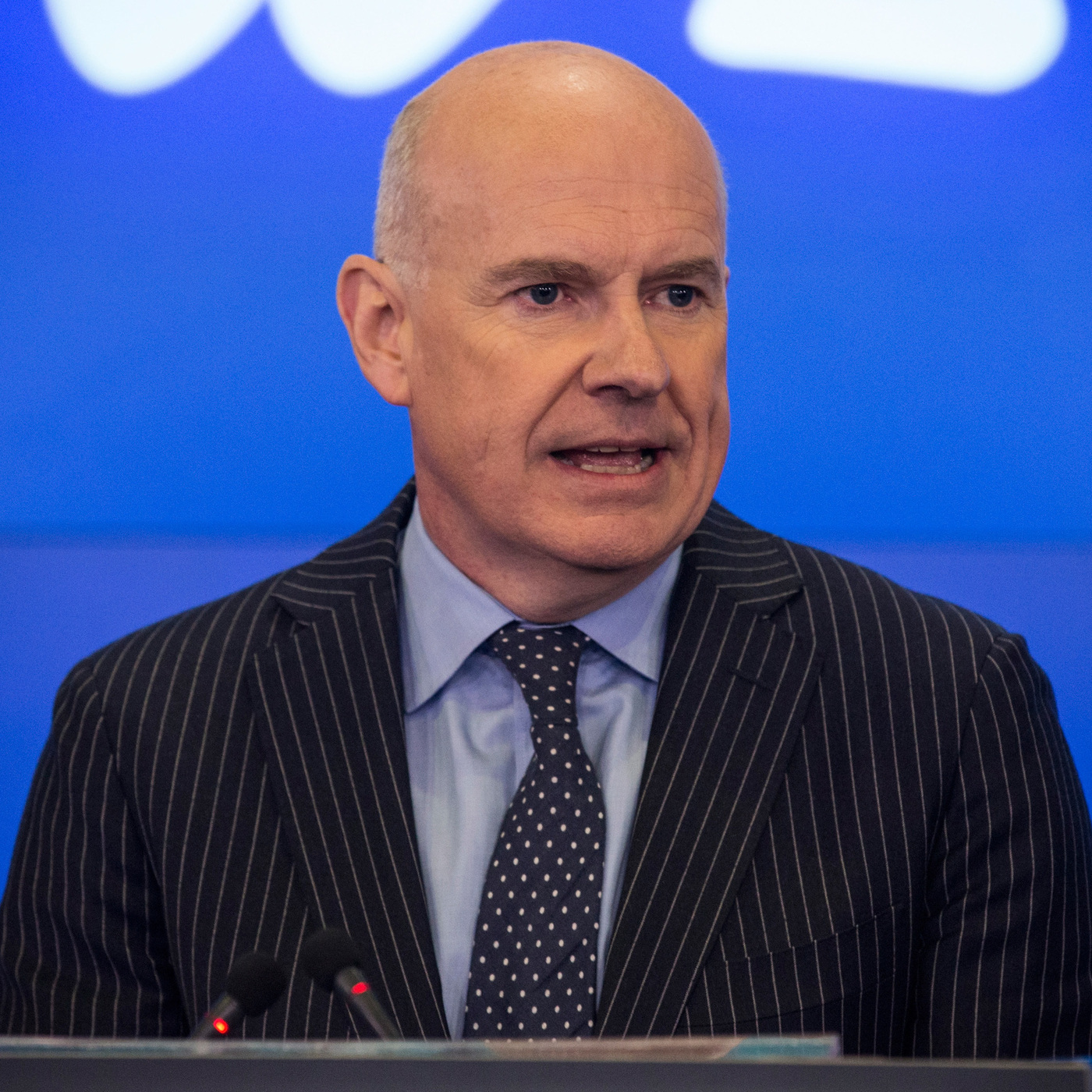 A newsroom unsettled by layoffs and buyouts of 200 colleagues. A senior editor decamping for the competition. And above all a lingering question from many reporters: did The Wall Street Journal pull its punches in scrutinizing the man who is now president?

The paper's top editor, Gerard Baker, held a meeting with his staff Monday to give a muscular defense of the paper's coverage of Donald Trump and, by extension, his own leadership.

Despite Trump's casting of the press as a foe, Baker said, the Journal had proved unbiased, yet not adversarial. He read off headlines from a variety of stories that he said demonstrated the paper's tough scrutiny, according to two participants in the meeting.

Other news organizations had embraced a more adversarial posture in response to Trump, Baker said, in remarks that some of the paper's journalists took to be a reference to The New York Times and The Washington Post.

Baker said those staffers who admired that adversarial approach should go join one of those other outlets.

No one, he said, could accuse the Journal of being soft on Trump.

Some reporters and editors at the storied paper tell NPR they believe the Journal had been just that, particularly during the campaign, to please the conservative views held by Baker and the paper's controlling owner, News Corp executive chairman Rupert Murdoch.

Baker was elevated by Murdoch to be editor-in-chief in late 2012 and before that was the paper's number-two editor; previously he had been a conservative columnist for Murdoch's Times of London who had championed such political figures as former Republican vice presidential nominee Sarah Palin.

Murdoch has ties to Donald Trump and his relatives and grew increasingly bullish on him as the election neared and as Trump took office. That's perhaps best reflected in the morning and prime-time programs of the Fox News Channel, which Murdoch now personally oversees at 21st Century Fox.

Murdoch, who likes to have close ties to presidents and prime ministers in his native Australia, the U.K. and the U.S., is said to speak to Trump weekly; Trump's daughter Ivanka until recently served as a trustee to the fortunes of his young daughters with his ex-wife Wendi Deng.

This story is based on interviews with six veteran journalists at The Wall Street Journal, as well as two dozen interviews conducted with Journal staffers before and after Baker's promotion in 2012. Baker did not reply to a request for comment for this article about the meeting and the newsroom's concerns.

Baker is not shy about his belief, shared with Murdoch, that the rest of the big legacy news outlets betray a liberal bias daily. That leads to Baker's reflexive distrust of the news judgment that yields the front page of The New York Times each morning.

Flaps that led the nightly news, such as the emergence of a 2005 tape on which Trump boasted that he had grabbed a woman's genitals without her consent, received less attention in the Journal than they did elsewhere. The Washington Post broke the story, which dominated headlines elsewhere for days.

During the campaign, these journalists at the Journal told NPR, the paper did not initially take Trump altogether seriously. Even when his candidacy developed real strength, coverage in the Journal, with some notable exceptions, was not aimed at holding the political neophyte accountable for his actions and policies.

Several reporters said the Journal was more rigorous after Election Day, during the transition and since Trump took office.

But Baker's emailed admonition to editors to avoid referring to "seven majority-Muslim countries" as the focus of a new restrictive Trump immigration order rubbed many staffers wrong.

Reporters saw that as parroting the administration's position that travelers from those nations represented a security threat to the United States, while failing to note that no one from those countries had committed an act of terror in the U.S. proper.

At an event earlier this month at Harvard University, Baker noted that the policy affected only seven among dozens of Muslim-majority countries in the world.

"We must absolutely use the words majority-Muslim countries, but we must also explain, we must use other words, including that they had been previously identified by the previous administration as — I think the phrase was — countries of concern," Baker said on Feb. 1 at the Nieman Foundation.

"This is very emotive. I understand why people use it. It was initially obviously a phrase that Donald Trump himself used, but he subsequently retreated from that. We do need to be very careful about that language, and we do need to be very precise."

Baker's Vision for the Journal

Baker told reporters Monday there was no good reason to be antagonistic to the Trump administration for the sake of it, or to declare war. Instead, he argued for the marshalling of facts and context. The Journal would alienate its subscribers were its forcefulness to be mistaken for bias, he said.

Baker spoke of the importance of focusing the paper more on business coverage - its original mandate. Murdoch and his top lieutenants had expanded the paper with the intent of making it a general news rival to The New York Times. The recent layoffs and buyouts, Baker said, were part of an effort to strip the paper back down to its roots.

Baker also acknowledged the disappointment that one of his top deputies, Rebecca Blumenstein, was leaving the paper for the Times to take a similar job. She had pre-dated the acquisition of the Journal by News Corp and was seen as a bridge between the paper's owners and the values of the newsroom.

Several Journal reporters and editors say they admire the principles Baker articulated. But they expressed dismay that the Journal, with all its expertise in chronicling and investigating the worlds of business and finance, did not own the story of the first entrepreneur and rookie politician elected president of the United States.

And these journalists questioned whether Baker could be trusted to make the decisions necessary to ensure unbiased coverage.

After Trump's victory, Baker wrote a column for the conservative British Spectator magazine mocking the rest of the U.S. press.

"The shock of Trump's victory was greeted the next morning with a keening that was taken up like the call of the muezzin from the minarets of traditional and social media," he wrote.

Such a column might be more expected from a newspaper editor in the U.K., where a journalist's political beliefs are typically more openly expressed.

Baker was having none of it. The idea that the Journal, or its leadership, had favored Trump, was "fake news," he declared.

David Folkenflik is the author of Murdoch's World: The Last of the Old Media Empires.