Accessibility links
Paul Ryan, Congress React To Michael Flynn's Resignation As National Security Adviser Michael Flynn stepped down as national security adviser following reports he communicated with Russia about U.S. sanctions in December and then misled the vice president-elect about that discussion. 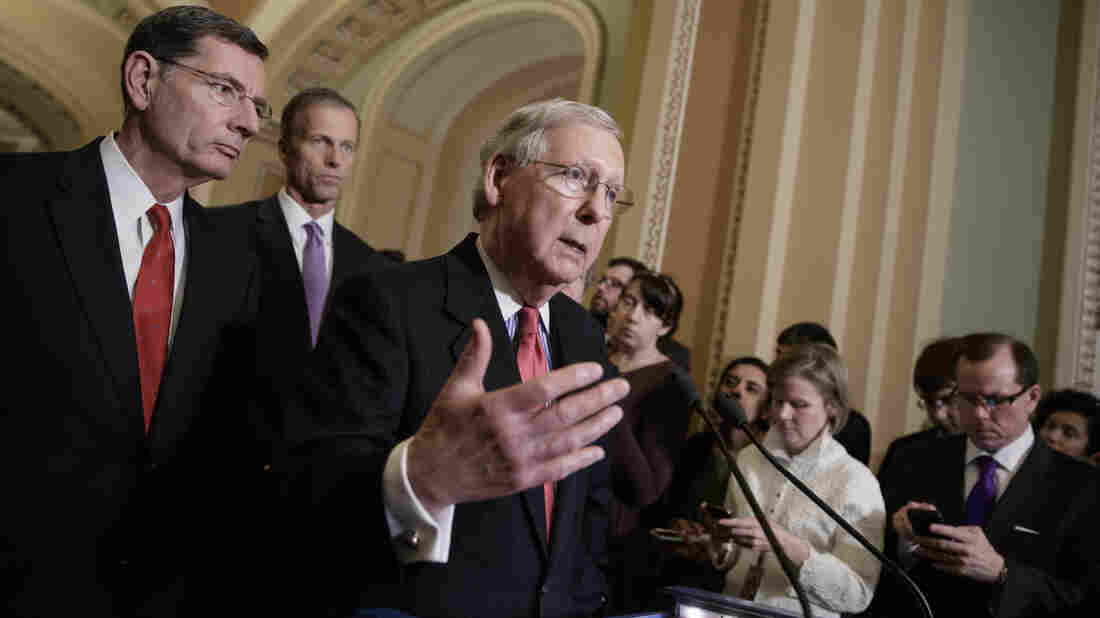 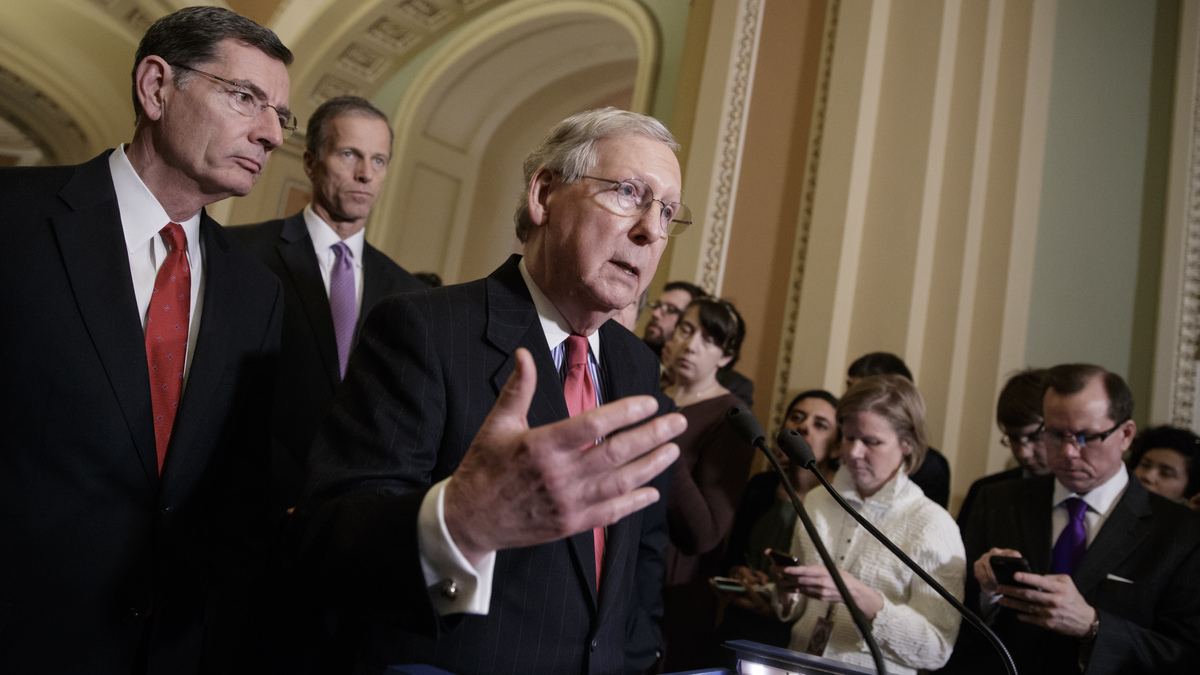 Senate Majority Leader Mitch McConnell told reporters on Tuesday that it was "highly likely" that the Senate Intelligence Committee would look into former National Security Adviser Michael Flynn's contacts with the Russian ambassador in December regarding sanctions imposed by the Obama administration.

McConnell would not directly answer whether he was confident that Donald Trump did not direct Flynn's conversation on sanctions.

"You ought to ask the White House those kinds of questions," McConnell said.

Flynn resigned Monday night following reports that he had discussed U.S. sanctions with Russia prior to Trump's inauguration — and then misled then-Vice President-elect Pence about that conversation.

Republican Sen. Roy Blunt, a member of the intelligence committee, said the committee should talk to Flynn "very soon," raising the likelihood that the former national security adviser would be called to testify before senators.

"I think everybody needs that investigation to happen," Blunt said in an interview with KTRS radio, CNN reports. "And the Senate Intelligence Committee, again that I serve on, has been given the principal responsibility to look into this, and I think that we should look into it exhaustively so that at the end of this process, nobody wonders whether there was a stone left unturned, and shouldn't reach conclusions before you have the information that you need to have to make those conclusions."

Addressing the resignation of President Trump's national security adviser, House Speaker Paul Ryan said Tuesday morning that Flynn had lost the president's trust and he was right to ask for Flynn's resignation. 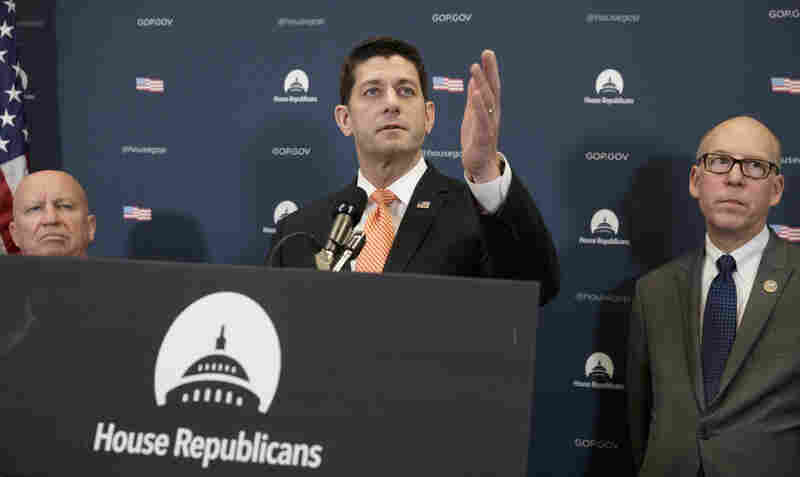 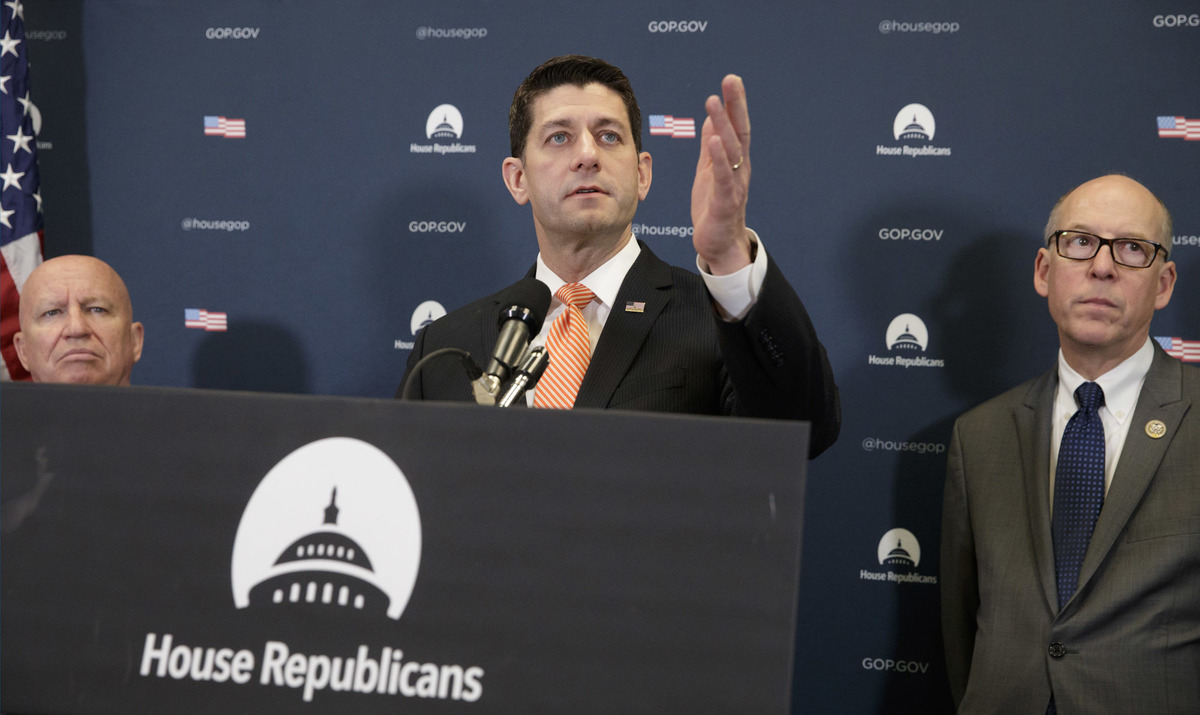 "National security is perhaps the most important function or responsibility a president has," Ryan told reporters in a weekly briefing. He added, "I think the key is this: That as soon as this person lost the president's trust, the president asked for his resignation, and that was the right thing to do."

Before the resignation, press secretary Sean Spicer said the White House was "evaluating the situation" with regards to Flynn — comments that contradicted remarks a short time earlier when Trump adviser Kellyanne Conway told MSNBC the president had "full confidence" in Flynn.

Similarly on Tuesday, Conway said the president had accepted the resignation, but Spicer contradicted that at the White House daily press briefing on Tuesday afternoon, saying that Trump had asked for Flynn's resignation after his trust in the former national security adviser had eroded.

Many Republicans are making it clear that Flynn's resignation is not the end of the story for them.

In a statement, Republican Sen. John McCain thanked Gen. Flynn for his "many years of distinguished service to our country," but called the resignation "a troubling indication of the dysfunction of the current national security apparatus." McCain later asked rhetorically "Who's in charge?" when talking to reporters. He had called on the president to find a replacement who is "empowered by clear lines of authority and responsibility and possesses the skills and experience necessary to organize the national security system across our government."

Republicans are mostly pointing to the intelligence committee inquiry as the venue for exploring further questions, but Democrats would like to see a separate investigation regarding contacts between the Trump team and Russian officials.

"Gen. Flynn's resignation is not the end of the story; it is merely the beginning," Senate Minority Leader Chuck Schumer told reporters. "His resignation raises more questions than it answers, and the American people deserve to know the truth."

Schumer then enumerated some of those questions, which he wants to be asked by law enforcement officers.

Republican Sen. Lindsey Graham also asked on CNN earlier, "I want to know, did Gen. Flynn do this by himself or was he directed by somebody to do it?"

The top Democrat on the House Intelligence Committee, Rep. Adam Schiff of California, said on Tuesday, "I am pleased to see at least some Republicans stepping forward today to call on the president to speak directly about whether he authorized these communications between Flynn and the ambassador, whether he was aware of these. The president, I think, owes the American people an explanation, and he ought to do that directly and not through dissembling aides."

Senate Democrats have called for a "full classified briefing by all relevant agencies, including the Department of Justice and the FBI, as soon as possible and certainly before Thursday, February 16." Reps. John Conyers of Michigan and Elijah Cummings of Maryland called Flynn "unfit" to be national security adviser and said he should have been dismissed weeks ago.