Accessibility links
Director Raoul Peck: James Baldwin Was 'Speaking Directly To Me' Baldwin "gave me very early on the instruments I needed to ... deconstruct the world around me," Peck says. His documentary, I Am Not Your Negro, chronicles the life of the civil rights era writer. 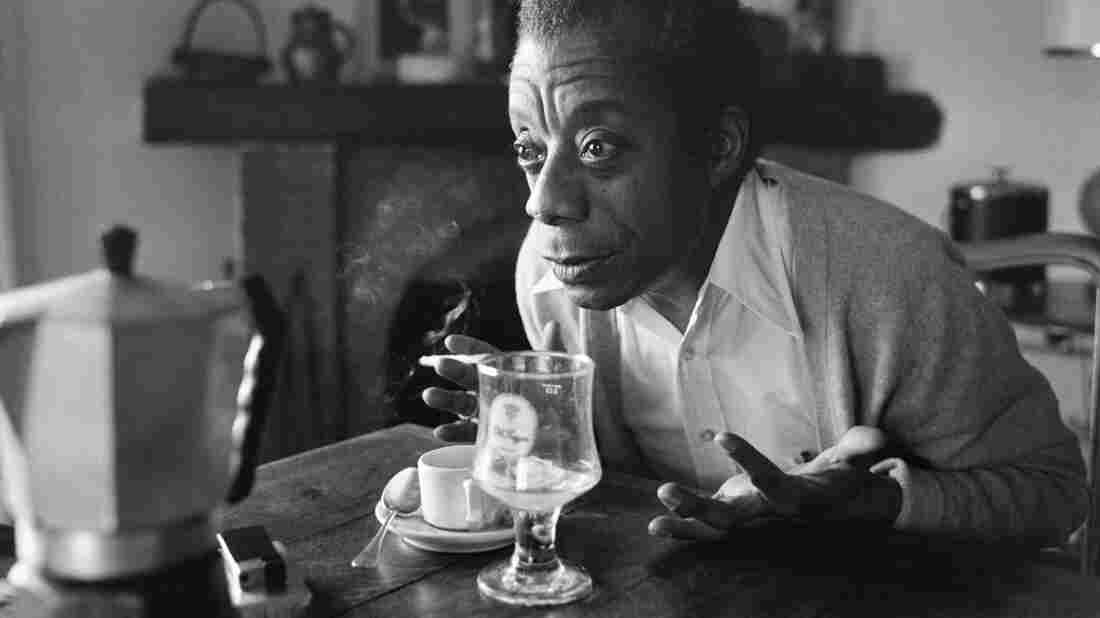 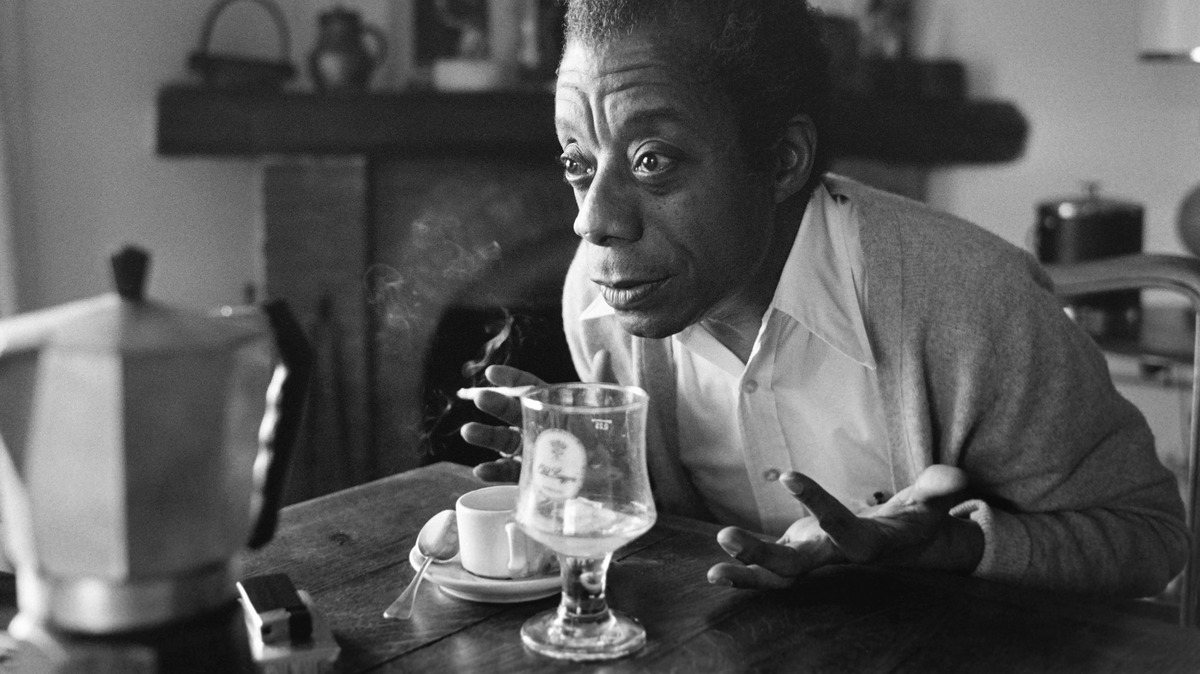 James Baldwin poses at his home in Saint-Paul-de-Vence, France in 1979.

The late James Baldwin was one of the most influential African-American writers to emerge during the civil rights era. During the late 1950s and 1960s, he traveled through the South and addressed racial issues head on.

In the course of his work, Baldwin got to know the civil rights leaders Martin Luther King Jr., Medgar Evers and Malcolm X. He was devastated when each man was assassinated, and planned, later in life, to write a book about all three of them.

Though Baldwin died in 1987 before that book could be written, the new Oscar-nominated documentary, I Am Not Your Negro, draws on his notes for the book, as well as from other of Baldwin's writings.

Haitian-born filmmaker Raoul Peck, who directed I Am Not Your Negro, tells Fresh Air's Terry Gross that working on the film allowed him to learn more about an author who had influenced him greatly.

"James Baldwin was one of the first authors ever where I felt not only at home, but he was speaking directly to me," Peck says. "He gave me very early on the instruments I needed to understand and to even deconstruct the world around me."

The audio link above features a 1986 interview with Baldwin, followed by a recent conversation with Peck.

On how growing up in Haiti and the Congo, and experiencing political instability in each place, impacted him creatively

When you grow up in so many different places, you tend to take the good part of it, which is, again, this possibility to have different perspectives, and it gives a sort of lightness to the way you look at things. My whole life I tried not to have a heavy burden on me, you know, ... to [not] have this sort of weight that forbids you to take risk, you know? ... When you know that you can leave next year or leave in the middle of the year and be somewhere else, because you have gone through that experience, it's very liberating. At the same time, in order to understand what's going on in your country or in another country, the fact that you are far away helps you to see what is important and not important, because you can compare. 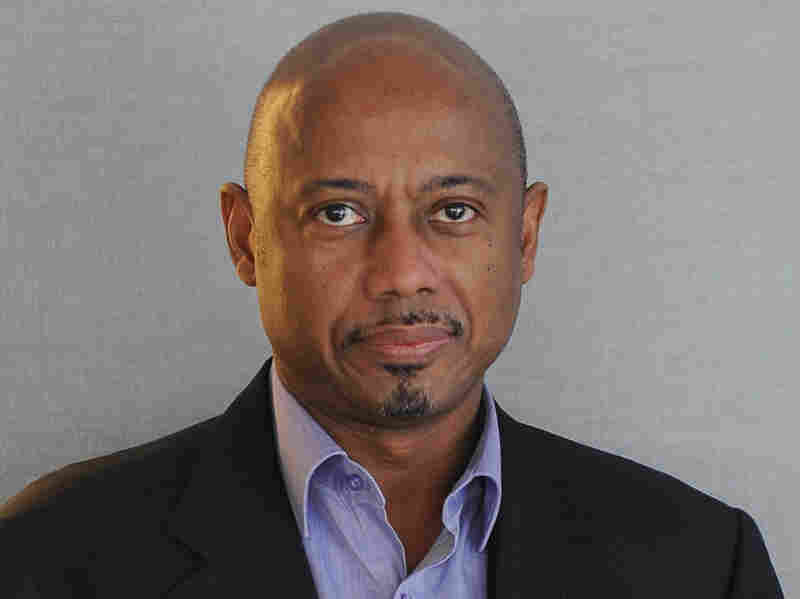 Raoul Peck's previous films include Sometimes in April and Lumumba.

I have a very vivid memory at a very young age of road blocks by the army. In fact, the night my father was arrested [in Haiti] my mother took me in the car, and it was a late night, there was a curfew, and I remember being in my pajamas in the back of the car, and my mother driving through the city trying to find where my father was, because she thought he might be in a friend's house or in the hospital, and there was a curfew so it was very dangerous. I remember very vividly the road blocks.

And in Congo, a few years later, there were ... several rebellions, and of course the army had road blocks and the U.N. had road blocks, so ... my relationship to authority and to police and to army was a relationship through road blocks, because on these road blocks, it was always about how does the conversation go? You need to give the right answers to the questions, and depending on the answer you gave, you know, you could be arrested as well.

On what he learned from James Baldwin's writing

What I learned from Baldwin is this way of questioning something that might seem solid. Nothing is solid, and this sort of agility, of mental agility, and intellectual agility to question everything, I think Baldwin helped me to have that very early on in my life.

On why Baldwin chose to live abroad for much of his life, particularly in France

He found a sort of space where he could write. He could have peace. He described very clearly how the pressure of being a black writer in America was a pressure, a fear even, to be killed or to not be able to control your anger, because ... there were so many instances in a day, every day, where you would be confronted with racism in all its different forms.

Sometimes it's a very subtle racism, but Baldwin with his intelligence and his very sensible and sensitive emotion, he would react to it. He would get himself in trouble. So being abroad was not only saving him from himself, but also he learned to know other people, to have different perspective. This is also very valuable for a writer, because when you are far away from your own country, this is the best viewpoint to really understand what is essential, what is less essential, what is superficial, and what is fundamental.

On Baldwin coming back from France to the U.S.

On the power of film and his responsibility as a filmmaker

As a black person and as a third-world person ... I don't have my own narrative in this medium, which is cinema. Since the discovery of cinema others have been the one telling the story. ... A Native American could redo all the John Wayne westerns from a different perspective. This is what we don't have, we don't have our own visual history. So being a filmmaker for me was also trying to save part of our memory, part of our images, part of our stories. I saw it as one of the responsibilities to have to make sure that we are not totally dead in the picture.