Accessibility links
Sean Spicer Says Trump Fired Michael Flynn As National Security Adviser The account differs from the impression the White House gave initially, framing it as Michael Flynn's decision to leave amid questions about his talks with Russia and misleading the vice president. 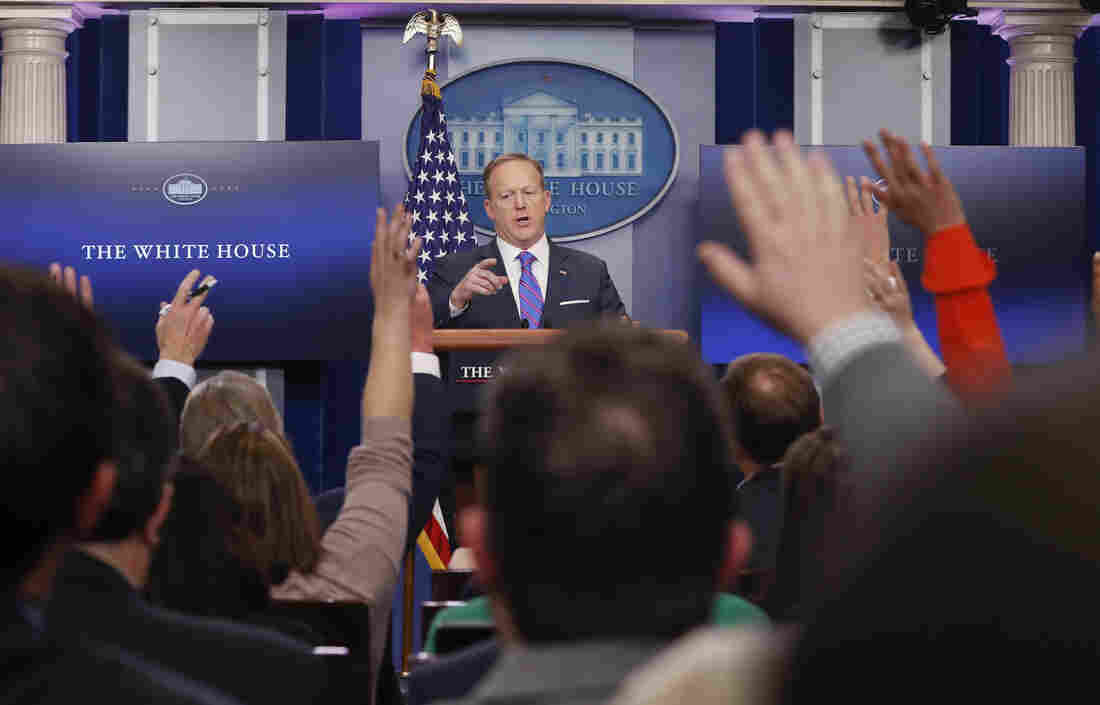 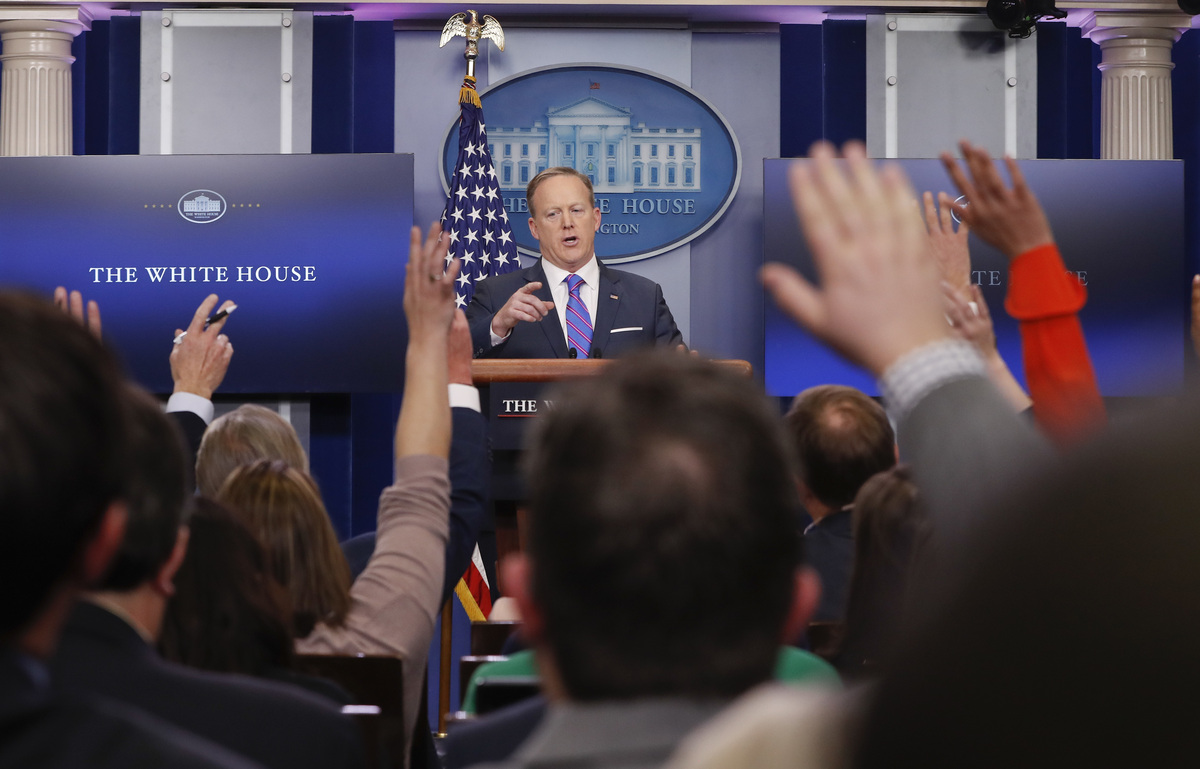 The account differs from the impression the White House gave initially, framing it as Flynn's decision to step down amid questions about whether he inappropriately talked about U.S. sanctions with a Russian official and then subsequently misled then-Vice President-elect Pence about those conversations.

"The president was very concerned that Gen. Flynn had misled the vice president and others," Spicer said.

White House counselor Kellyanne Conway said Tuesday morning on NBC's Today Show that Flynn realized "he had become a lightning rod," leading to his resignation, and that "it was misleading the vice president that made the situation unsustainable."

Spicer underscored that it was not a "legal issue, but a trust issue" that led to Flynn's dismissal.

"The president must have complete and unwavering trust for the person in that position," the press secretary said. "The evolving and eroding level of trust as a result of this situation in a series of other questionable instances is what led the president to ask for Gen. Flynn's resignation."

But throughout the tense White House briefing, Spicer offered up a conflicting timeline for how the phone call between Flynn and the Russian ambassador came to light, when the Department of Justice alerted the White House to issues from the conversation and how long it took the president to decide on Flynn's fate.

"We've been reviewing and evaluating this issue with respect to Gen. Flynn on a daily basis for a few weeks, trying to ascertain the truth," Spicer said, even though Trump said Friday aboard Air Force One as he was traveling to his Mar-a-Lago resort that he wasn't aware of a Washington Post story that said Flynn had misled Pence about his call with the Russian ambassador.

Attorney General Sally Yates (whom Trump later fired after she refused to defend his controversial travel and immigration ban) told the White House last month that the Justice Department believed Flynn had misled the White House about his conversations, NPR's Carrie Johnson reported on Monday.

Spicer said that White House aides were indeed briefed by the Justice Department, but then he also appeared to cast blame on the department for not acting more swiftly, asking, "Where was the Department of Justice in this?"

Despite the weeks-long delay in deciding Flynn's fate as controversy only grew, Spicer asserted that Trump had been "unbelievably decisive."

"The irony of all this has been the president has been incredibly tough on Russia," Spicer further claimed, despite the fact that Trump repeatedly praised Russia and President Vladimir Putin throughout the campaign and cast doubt on U.S. intelligence findings that the country conspired to meddle in the U.S. elections.

At the same time that Flynn made the call to the Russian ambassador over the Obama administration's sanctions for cyberattacks, the then-president-elect tweeted praise for Putin's decision not to respond immediately.

Spicer also echoed Trump's Tuesday-morning tweet, arguing that one major issue of concern was that "all of this information was leaked."

The real story here is why are there so many illegal leaks coming out of Washington? Will these leaks be happening as I deal on N.Korea etc?