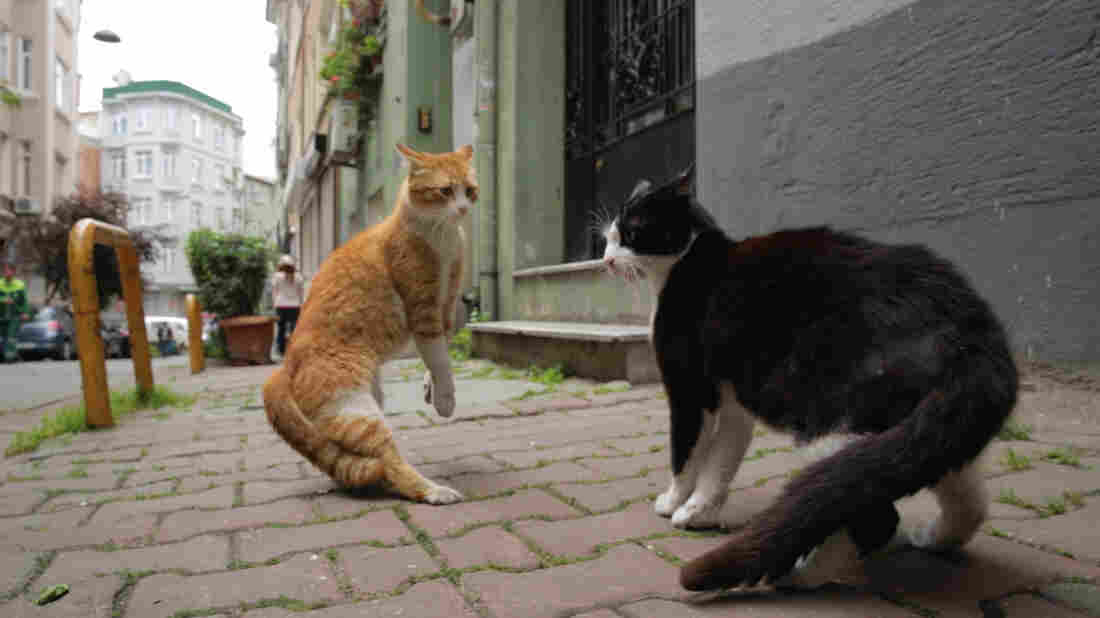 The documentary Kedi gives a cat's-eye view of the back alleys, boho enclaves and rat-infested piers of Istanbul. Courtesy of Oscillscope hide caption 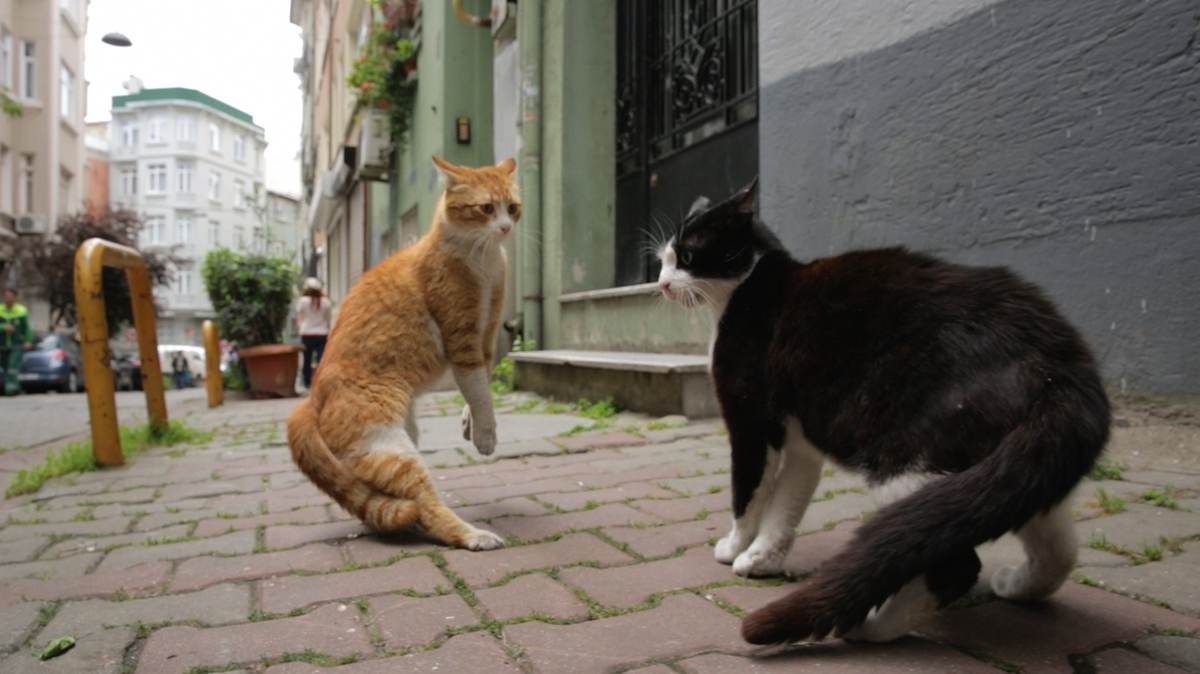 The documentary Kedi gives a cat's-eye view of the back alleys, boho enclaves and rat-infested piers of Istanbul.

After decades of dogs ruling popular culture — there are three canine stars on Hollywood's Walk of Fame — there's been a revolution. Thanks to a tsunami of cute viral videos, our feline comrades are now in the catbird seat, from those ubiquitous Hello Kitty stores to surprise bestsellers like Takashi Hiraide's exquisite, sneakily profound novel The Guest Cat.

The latest to ride this wave is the charming new documentary Kedi by the first-time Turkish filmmaker Ceyda Torun. Kedi — which means "cat" in Turkish — is a loving, gorgeously shot ode to the hundreds of thousands of cats living on the streets of Istanbul. Even if you're a dog-person or cat-chastizing Jonathan Franzen, I suspect you'll find it delightful.

Yes, Your Cat Can Get A Movie Deal

Kedi's stars, of course, are cats, and the film glides around Istanbul's back alleys, boho enclaves and rat-infested piers to show us the range of these characters.

These include Sari, a yellow-and-white tabby who's all about food — stealing it from shops, begging for it at restaurants, carrying it back to her kittens. There's Gamsiz, a carefree black-and-white shorthair who climbs trees and awnings so that he can demand admission into second-story apartment windows. And there's the mask-faced little demon fondly known as the Neighborhood Psychopath who controls her turf with the prickly explosiveness of a feline Tony Soprano.

Who Says You Can't Train A Cat? A Book Of Tips For Feline-Human Harmony

Torun also shows us the people who love and indulge them, from the mechanic who gets blissed out brushing a longhair's fat belly to the boatman who became a cat fan when one of them led him to a wallet full of money.

As I do with my own cats, imperious Nico and altruistic Chubbs, the Istanbulites can't resist projecting human qualities onto these creatures. One couple dubs their local cat a "gentleman" because he doesn't dash into their café for free food when he's hungry. Instead, he puts his paws on their window ... politely.

Now, Torun is far from a gritty filmmaker — you won't see these cats killing birds or hear talk about neutering — and she gives everything an idealized icing. Her affection for Istanbul rescues this Muslim metropolis from today's dire headlines, reminding us that this is an ancient and beautiful city, not some hellhole of terrorist bombings. And in showing how Istanbulites love cats just the way we do here — which means becoming their servants, of course — she makes their culture feel warmer, more hospitable and less alien.

That said, Kedi's true pleasure lies in getting to watch Istanbul's cats in action. Where the whole mythos of dogs is that they are man's best friend — bound to human beings — cats are notoriously self-contained, even aloof. That's one reason it's so fun to watch those videos in which a cat does a silly dance or leaps sky high when it thinks a cucumber on the floor is a snake. It's like seeing a fussy French waiter spill a plate of snails down his front or gruff Robert DeNiro start giggling on a blooper reel.

Kedi aims higher than these videos. As Torun's nimble camera follows the cats doing their rounds — filching food, catching rats, scaring off interlopers — the film offers a glimpse of something richer and more poetic. We see that these cats aren't merely wondrous creatures in themselves, but that they enrich the whole city. They give the people around them a vision of another freer, wilder, more spontaneous form of life, one that can be easily lost in a huge, stressful, rapidly modernizing place like Istanbul.

At one point, we follow a businessman who walks around dispensing food to the eagerly waiting street cats. He tells us, quite touchingly, that he'd had a nervous breakdown a while back but that he'd found his way back to health by making it his mission to ensure the neighborhood cats got fed. The cats saved him by taking him out of himself and out of his all-too-human worries.

Kedi does much the same thing. It's not exactly what you'd call a challenging film, but it offers a pleasurable refuge from our daily cares and from today's wrought-up cultural climate in which even the Super Bowl could become a political allegory.