Accessibility links
Researchers Examine Race Factor In Car Crashes Involving Pedestrians Cars are less likely to stop when people of color step into intersections, a study says. That may partly explain why there are higher levels of pedestrian deaths among racial minority communities.

Cars are less likely to stop when people of color step into intersections, a study says. That may partly explain why there are higher levels of pedestrian deaths among racial minority communities. 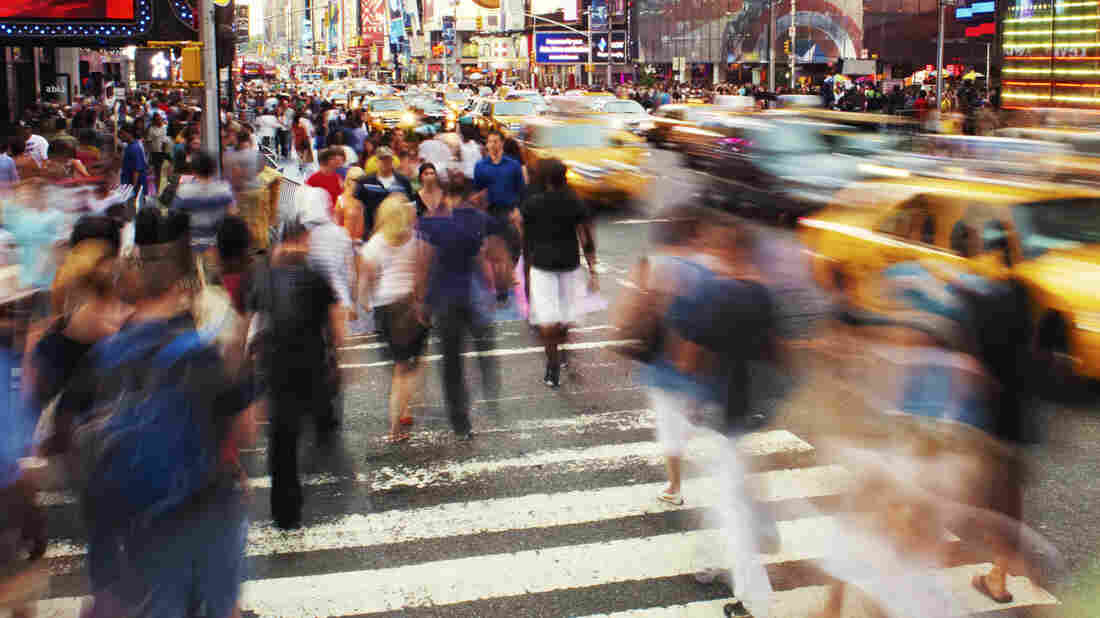 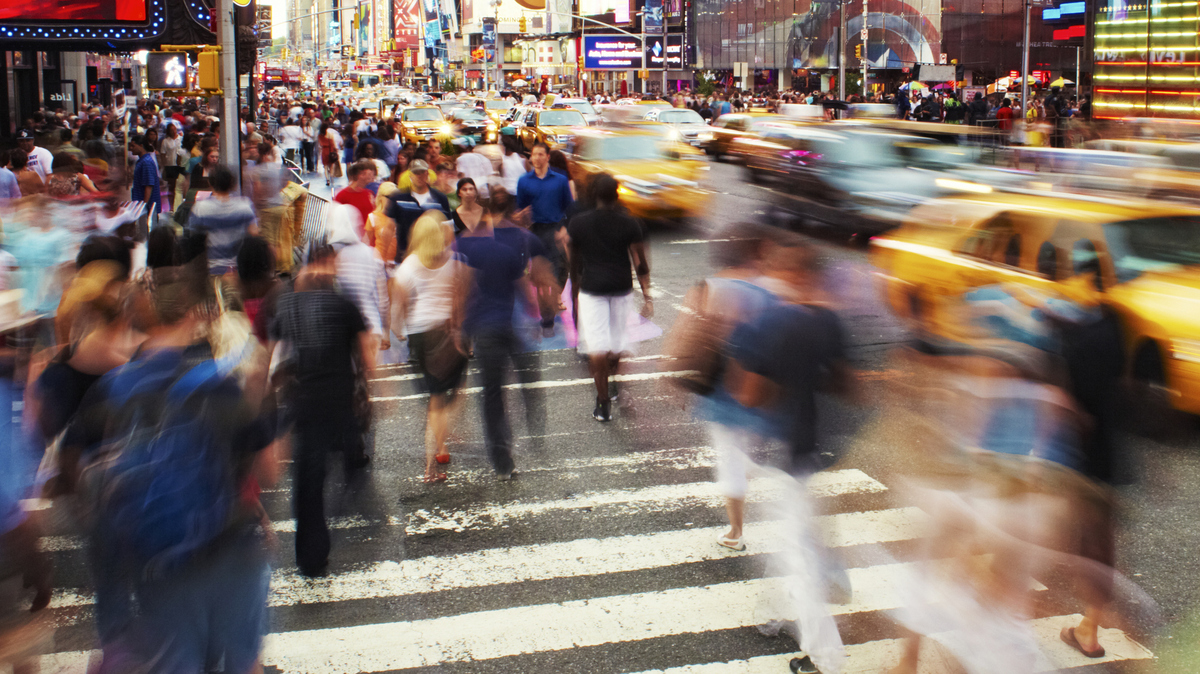 Cars are less likely to stop when people of color step into intersections, a study says.

Thousands of pedestrians in the United States are killed each year in traffic accidents. And researchers have noticed that people of color are more likely than whites to be victims. To understand what might be happening here, we're joined by NPR's social science correspondent Shankar Vedantam. Shankar, welcome back.

GREENE: So what is explaining this disparity?

VEDANTAM: Well, researchers have been trying to tease apart this question for quite some time, David. Why are people of color as a proportion to their share of the population more likely to be pedestrian fatalities in these car crashes? There are lots of possible explanations. One is that people of color are just more likely to be pedestrians, or it might be that minority neighborhoods have less safe traffic intersections.

I was speaking with Courtney Coughenour. She's a public health researcher at the University of Nevada in Las Vegas. She told me she got interested in this question partly because of what she sees around her. We were talking in late December, and she told me how 2016 was shaping up in comparison to 2015 in terms of pedestrian fatalities in Las Vegas.

COURTNEY COUGHENOUR: We have a really big problem with pedestrian injuries here. In fact, currently we're in an epidemic of pedestrian injuries in our city. Sadly, almost daily you hear about people being struck. Our numbers are currently up. Right now, I mean, we're almost at the end of the year so by the end of the year this year it's projected that we're going to well surpass the number of pedestrian fatalities that we had last year.

GREENE: OK, Shankar, so she sees this problem, a growing problem in the city of Las Vegas, and she decides to dig deeper.

COUGHENOUR: That's right. She decides to conduct an experiment. It's really very simple, David. She wanted to see whether the race of pedestrians has any effect on the behavior of drivers in Las Vegas. Along with her co-authors, she had research assistant step into intersections at crosswalks while other researchers measured where the cars stopped for them. According to law, if you have a pedestrian in a crosswalk in your half of the road in Las Vegas, you're supposed to stop. Now, here's the real heart of the study, David. One of the pedestrians they had walking across these crosswalks was white and the other one was black. Here's Coughenour on what they found.

COUGHENOUR: Cars were less likely to yield to the African-American pedestrian when they were in the roadway compared to the white pedestrian. It was a significant difference.

GREENE: So race did matter. I mean, are we able to conclude from this that drivers have some sort of bias here?

VEDANTAM: You know, I think it's fair to say that the study does show that there is a driver bias. We don't know whether that bias is conscious or unconscious. It seems like this might be one of the factors that could be driving the disparity in pedestrian fatalities across the United States. Obviously this one study can't answer that question because even though there are thousands of pedestrian deaths every year, these incidents are still relatively rare. So you would need a very, very large study to detect a relationship between driver bias and pedestrian fatalities.

GREENE: So a lot of factors could be at play here.

GREENE: OK. Thanks, Shankar, as always.

GREENE: That is Shankar Vedantam. He is NPR's social science correspondent. And he is the host of a podcast that explores the unseen patterns in human behavior, it's called Hidden Brain.