Accessibility links
'A Cure For Wellness' Needs A Dose Of Originality Director Gore Verbinski leans on tried-and-true horror visuals to provide this film, set in a sinister Alpine spa, with its scares. But at 2 1/2 hours, patient fatigue sets in early.

'A Cure For Wellness' Needs A Dose Of Originality

'A Cure For Wellness' Needs A Dose Of Originality 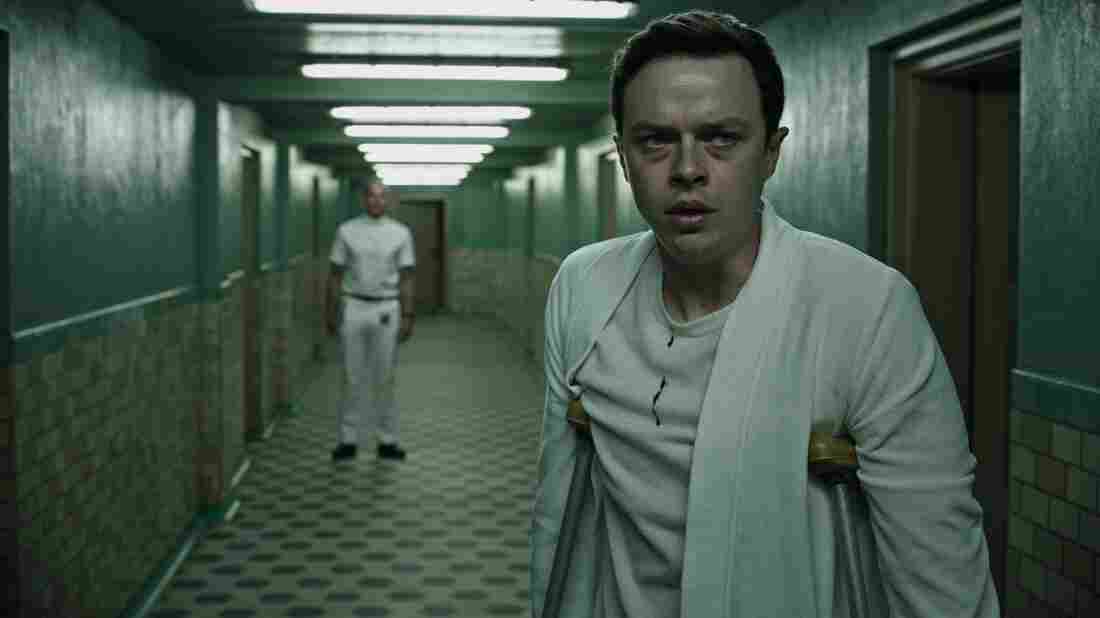 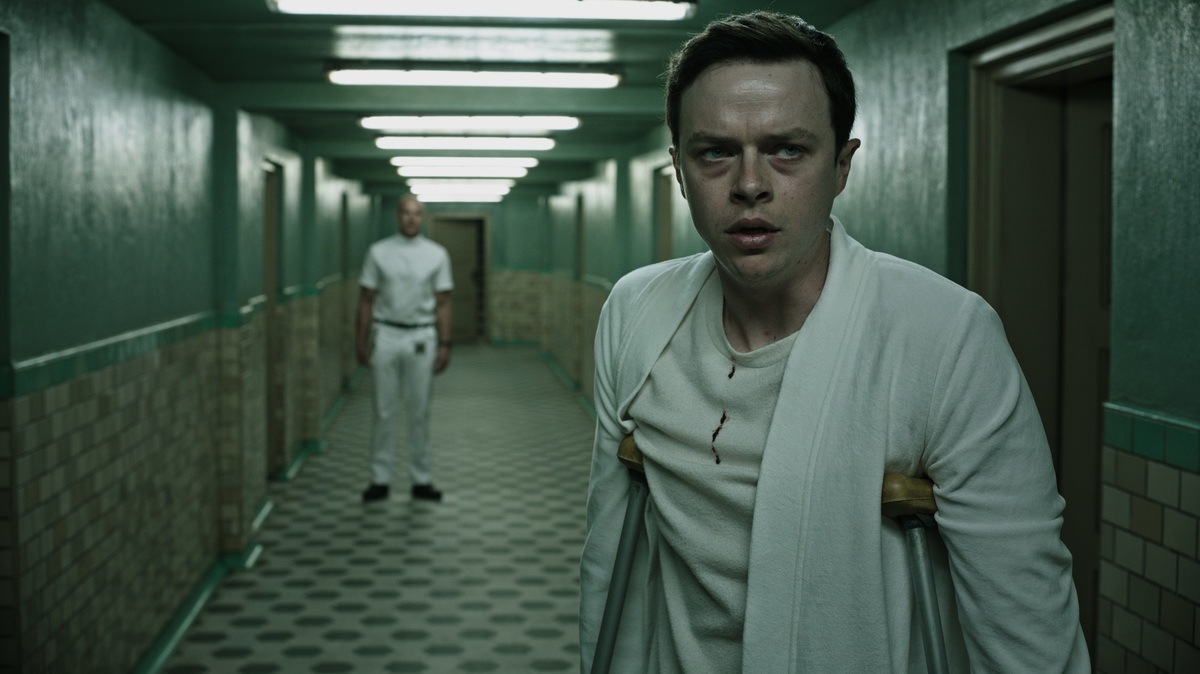 A Wall Street trader (Dane DeHaan) finds himself in sinister ... crutches ... in A Cure For Wellness.

Few things are more terrifying than outdated medical equipment, except when that same equipment is administered without anesthesia. The new psychological horror movie A Cure For Wellness is set in the modern day, but takes place in a remote sanitarium where no corridor or procedure seems to utilize any innovations from the last century. The head doctor takes pride in "unplugging" his patients from the stresses of the outside world, while plugging them into horrifying, body-poking contraptions instead. It's a smart way for director Gore Verbinski to place us in a throwback to the paranoid supernatural universe of H.P. Lovecraft, complete with ancient conspiracies and mad doctors who have morally questionable patient-care standards. But despite this promising appearance, any movie physician would declare Wellness not healthy enough to stand on its own two feet as horror.

Dane DeHaan (Chronicle), whose disarmingly boyish face instantly gives us the impression of someone out of his element, is Lockhart, a hotshot young trader at a Wall Street firm. The company's rogue CEO is refusing to return home from a mysterious "wellness spa" in the Swiss Alps, and when the board sends Lockhart to fetch him from the mountains in time for a big merger, it's obvious neither will be getting back to civilization anytime soon. Built on a spring possessing supposed healing properties, the sanitarium is a kind of playground for its wealthy and elderly clientele, who willingly subject themselves to sensory-deprivation chambers and endless "hydrotherapy" in-between rounds of lobotomized badminton. They're being promised a "cure," you see — though precisely for what is anybody's guess. For having too much money and not enough common sense, maybe.

Soon Lockhart will find himself among these lost souls, once his leg is broken in a car accident near the grounds and he's placed under the sinister care of Dr. Heinrich Volmer (Jason Isaacs, delivering another round of the malevolent-medicine act he nailed to slimy perfection in Netflix's The OA). "I'm not a patient," Lockhart keeps insisting as he hobbles around on his crutches, but of course he is a patient, and a prisoner too, as is standard visitor-operations procedure for any creepy hospitals in the mountains. The institution's history involves some centuries-old business with an evil German baron that takes the form of a parlor game, as each person Lockhart meets fills in a different secret detail. These revelations have a randomized feel to them, and lack the satisfaction of a real narrative payoff.

As Lockhart wanders through the wings, unsure if the glimpses of terror he encounters are mere hallucinations or genuine menace, the film exists largely at the mercy of whatever image Verbinski decides to throw at us next. Some of these seem to be trying harder than others. We get vintage sights of bodies strapped into gurneys and wheeled through tiled hallways, while the desperate hero screams, "There is no cure! You're not sick!" We also get visuals to which, over the last couple decades of scares (including Verbinski's own The Ring), audiences have developed an immunity: music boxes, creatures jumping out of the woods at night, and a creepy young woman in rags who sings childish melodies to herself. (That woman, at least, is a real character and not just talking set decoration — she's a "special patient" played by Nymphomaniac's Mia Goth, whose childish demeanor betrays a dark secret.)

Different tropes for different folks, but here the older references seem to have all the rejuvenating properties, while the newer stuff feels too hollow and unsatisfying. The film truly shines in the rare moments when Verbinski combines his influences into something new, like a sauna that seals Lockhart inside a steamy chamber of doom, naked old bodies floating in pods, or a delightfully freaky climax that blends underground cult behavior with grotesque face masks and German aristocracy. And then there's the anaesthetic-free dentist scene, which is so twisted it puts Steve Martin from Little Shop of Horrors to shame.

Verbinski is the rare popcorn filmmaker who knows how to do playful, interesting things with large budgets. But he has a tendency to succumb to bloat, and Wellness, like the second and third Pirates of the Caribbean movies, would be a far better film if it were 20 minutes shorter. The script, by Verbinski's The Lone Ranger scribe Justin Haythe with an additional story credit by the director, is too lumpy — how many times do we need to see this guy pass out and come to in his hospital bed? — and the visual symbolism is gratingly obvious, particularly the opening scenes in Lockhart's firm, an empire so soulless and cold it may as well be run by Mr. Freeze.

A Cure For Wellness shows a devotion to an earlier era of horror that's admirable in a genre that spends so much time chasing the latest trends — or that's unable to acknowledge any decade apart from the '80s. But mere interest in the past is not enough to carry two hours and 26 minutes of runtime, not when Martin Scorsese's Shutter Island, a more stylistically accomplished B-movie asylum throwback, exists already. Were Wellness paced better, and if it came with the right amount of knowing humor, the film would have fit nicely alongside the work of veteran spook geeks like Stuart Gordon. But when this one ends, we are still left wondering if there's a cure for mediocre frightfests, out there somewhere.