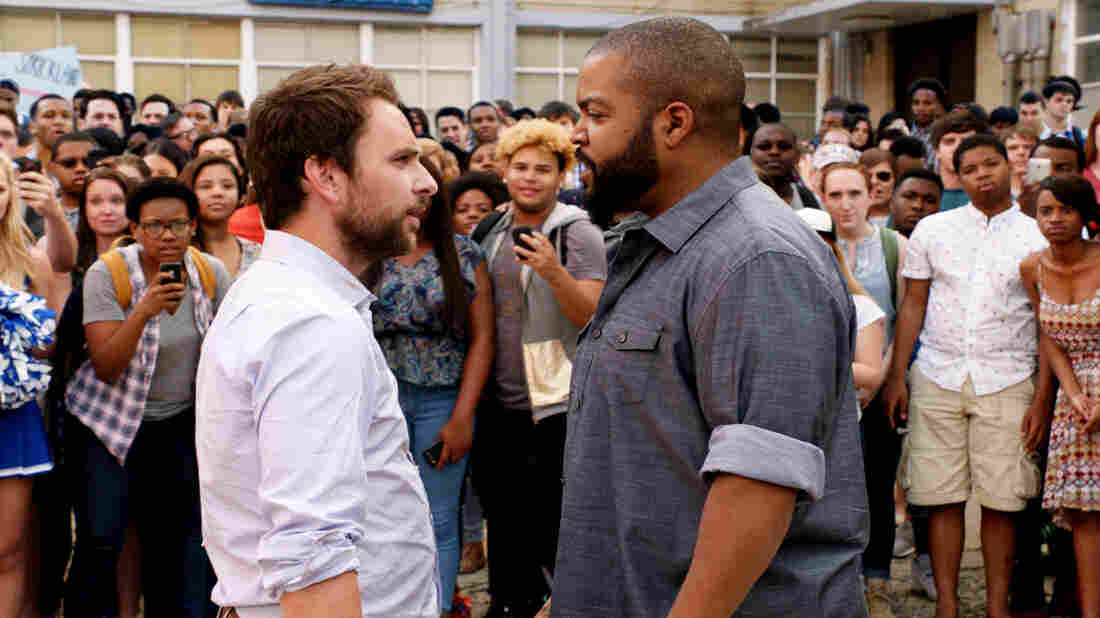 Someone's About to Get Schooled: Charlie Day and Ice Cube in Fist Fight. Courtesy of Warner Bros. Picture hide caption 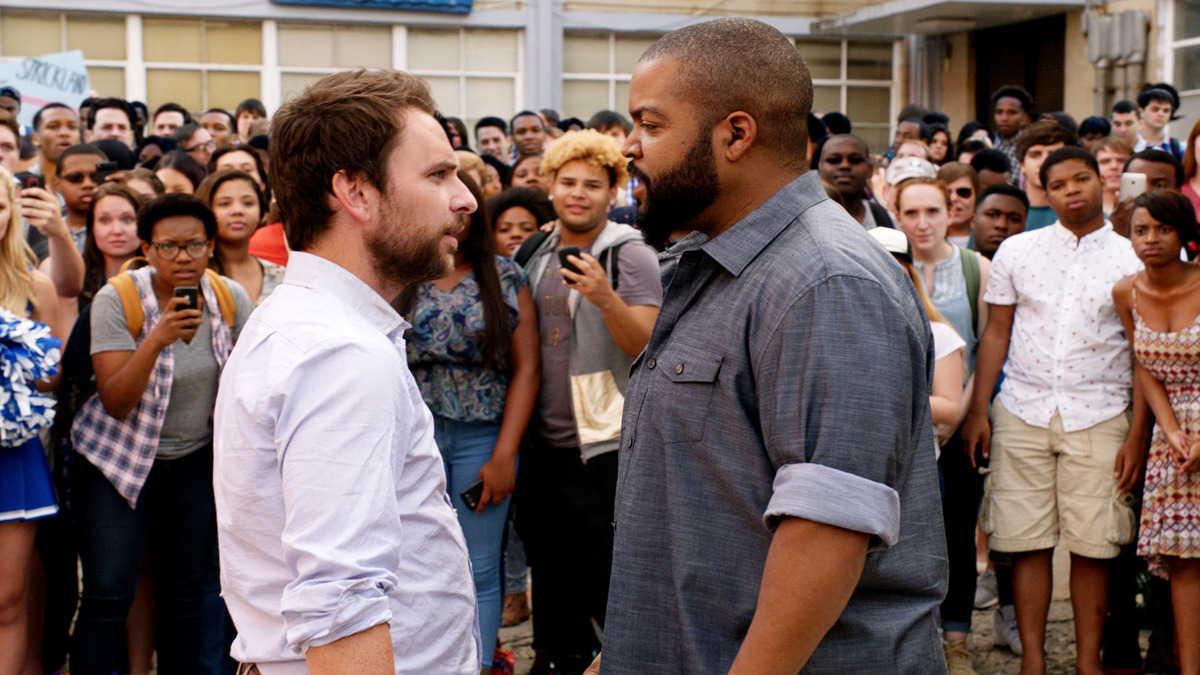 Someone's About to Get Schooled: Charlie Day and Ice Cube in Fist Fight.

The 1987 comedy Three O'Clock High, about the showdown between a nerdy school reporter and a bully who looked like a 30-year-old ex-con, has gained a cult reputation over the years for cutting against the grain of the typical '80s high school fare. Stylishly directed by first-timer Phil Joanou, who made a name for himself doing music videos for U2, the film worked as a teenage twist on Martin Scorsese's After Hours, another black comedy about a hapless weakling being put through the wringer. (The posters for both are remarkably similar, in fact.) At heart, the film remains a satisfying fantasy for anyone who's ever clung to the lowest bar on the social ladder and dreamed of unlikely comeuppance.

The risible new comedy Fist Fight — a de facto remake of Three O'Clock High — switches the combatants from students to teachers, but the change is anything but cosmetic. By pitting a put-upon English teacher against an authoritarian History teacher in a crumbling, chaotic high school, director Richie Keen and his screenwriters, Van Robichaux and Evan Susser, are trying to make a point about the neglect and institutional rot that's affecting the public school system. This may sound like timely satire for the Betsy DeVos era, however inadvertent, but Fist Fight is more an argument in favor of brutality and violence as necessary antidotes to scholastic blight.

Ideally cast if nothing else, Fist Fight pits the perpetually freaked-out Charlie Day against the perpetually scowling Ice Cube in the most lopsided matchup since Bugs Bunny outwrestled The Crusher. With the school facing massive layoffs on the last day of classes, Andy Campbell (Day) is scrambling to keep his job in the English department while steering clear of the school-wide booby traps laid for Senior Prank Day. As the only intimidator in the entire school, History teacher Ron Strickland (Ice Cube) usually doesn't have to worry about students getting out of line, but Campbell catches him at the wrong time. After witnessing Strickland destroy an unruly student's desk with an ax — shades of Sam Kinison in Back to School — Campbell rats him out to the principal (Dean Norris) in order to keep his job. Strickland then challenges him to a parking-lot fistfight after the final bell.

The cast list continues with a host of gifted supporting players, including an excellent Tracy Morgan as a dotty janitor/gym coach who has led the school's sports teams to historic losing records, Christina Hendricks as a butterfly-knife-wielding Strickland loyalist, Kumail Nanjiani as an ineffectual security guard, and Jillian Bell as a teacher with unsavory passions for homemade meth and handsome 18-year-olds. Their contributions vary widely — Bell does deadpan-vile as well as anyone, but statutory rape jokes are beyond her capacity — but the tone of cheerful vulgarity will be familiar to fans of Day's long-running FX sitcom It's Always Sunny in Philadelphia, of which Keen has directed many episodes. As Campbell schemes to get out of the fight, the film keeps humming with jokes on the margins, most of them defiantly brow-scorching.

Fist Fight sets up a promising dynamic between Campbell and Strickland and the lower-stakes shenanigans of a school is overrun by cruel and elaborate pranks. A meth-addled racehorse clacks through hallways greased with baby oil. The principal's car gets parked in the lobby. Kids mow obscenities into the football field. But eventually, the undercard must yield to the main event, and retrograde attitudes about masculine toughness and the necessity of a violent rite-of-passage start to take over.

In this respect, Fist Fight has just as much in common with '80s staples like Lean On Me, The Principal, and Class of 1984, which dreamed of tough-guy teachers and administrators weeding out the bad element. While Fist Fight doesn't go so far in offering itself as a prescriptive suggestion, there's an ugliness to its language and hyper-aggression that works against the comedy and leaves a sour aftertaste. Schools redeemed by teachers slugging it out for the edification of their students may not be worth saving.