Accessibility links
Zach Galifianakis Says 'Baskets' Isn't For Everyone, 'And That Was The Point' The comic plays a clown school dropout who finds work with a rodeo. He describes the show as "a weird mix" of drama and comedy. "It's an acquired taste," he says. 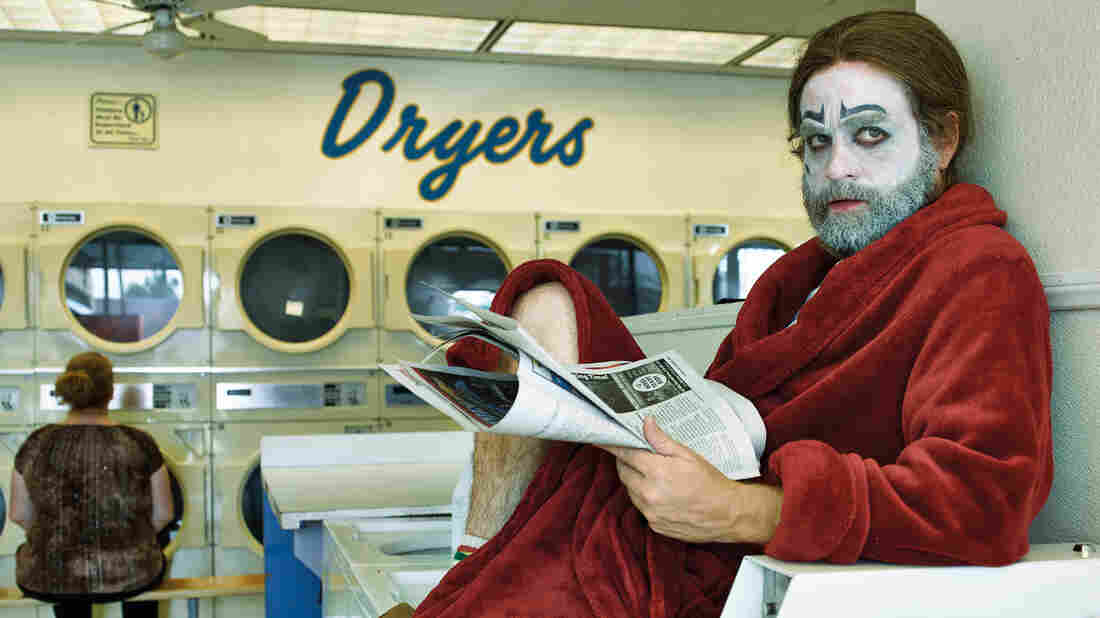 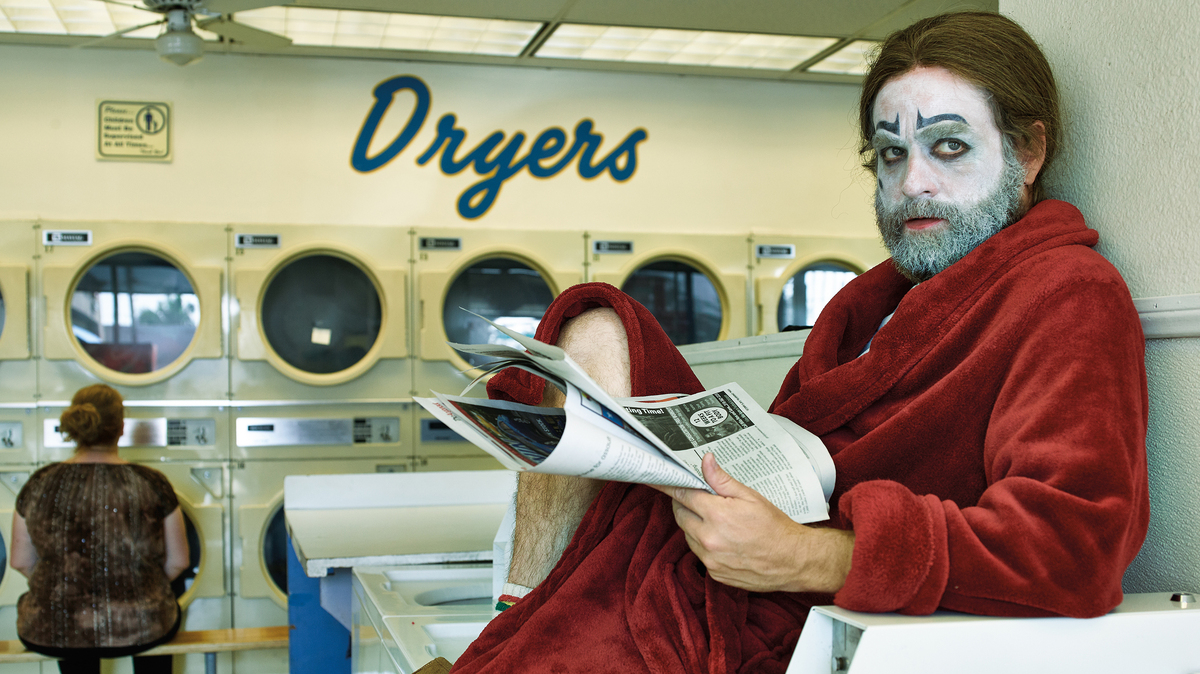 Galifianakis' character, Chip Baskets, has moved back home to Bakersfield, Calif., after dropping out of clown school.

The FX show Baskets stars comedian Zach Galifianakis as a French clown school dropout who has moved back home to Bakersfield, Calif. There, he finds work as a rodeo clown and competes with his twin brother for his mother's affection.

Galifianakis created Baskets with fellow comic Louis C.K. He tells NPR's David Greene that the show can be strange and dramatic, but then it'll undermine that drama with a joke. "It's just a weird mix," he says. "It's not for everybody. ... That is the first thing I say to people. Well, firstly I usually say, you know, 'I'm in it. Don't watch it.' And then I say, 'It is an acquired taste.' And that was the point."

On casting Louie Anderson in the role of his character's mother

The voice is what I was trying to cast, not the physicality of it — the voice of the mother. ... I kept explaining to Louis C.K., "It's a voice. It's a voice." And then he said, "You mean like Louie Anderson's voice?" ... And I said, "Yes." And two seconds later he said, "Should we call him?" And I said, "Yes." And that was just it. It was just this feeling that came over both of us, and there was no guarantee that that would work out. ...

Louis C.K. called him right then and there ... put him on speakerphone and said, "Do you want to be in the show? ... But here's the thing, you have to play Zach Galifianakis' mom."

Comic Louie Anderson Modeled His 'Baskets' Role After His Own Mom

And that was it. ... Comics in general are risk takers. ... We come with a thick, thick skin. And I was even told that, you know, "Why would you cast somebody that doesn't have that much acting experience?" It was just a gut feeling that we had [and] we got lucky with. And he's won a trophy [an Emmy Award] for it.

On challenging himself with more dramatic roles

The Hangover movies were — it was a really wonderful time. ... But that's a character. That Alan guy was a big, big, loud, dumb character. Dumb I can do. Not to sound too pretentious or actor-y ... but you want to kind of challenge yourself. As a comic — as a fat, bearded comic — you can paint yourself into a corner. And this town wants to do that because it's a copycat business. ... The entertainment business is very copycat. And you can do that for a few years, rely on that, but then, you know, if you want a longer career you try to change things up as much as you're allowed to. ...

Sometimes people want their comedians just to be comedians. And I do get that. I mean, when Jim Carrey did Eternal Sunshine [of the Spotless Mind], that depth — I think comedians have a lot inside of them, a lot of angst and a lot of sadness, and that can be really good for drama. But a lot of stand-ups or comedians can't shake their stage performance, meaning their stage persona is carried over sometimes into their acting, and I never wanted to do that. I didn't want my version of my stand-up to be my version of acting; I wanted it to be separate.

On giving a toast at his sister's wedding, and getting laughed at when he started to cry

I think it was a full on, like, soap opera cry. It was a big wedding. ... You know, at that time I was kind of probably struggling in New York trying to be a stand-up, and people knew that. And I think maybe they were kind of encouraging me to: "Oh, he's going to be funny." Well, I wasn't being funny. I was just trying to talk about how ... I love my sister. So I started getting teared up and everybody thought I was joking. And so they're laughing at you crying.

It's so weird. ... I think if you're a comic people expect you to be a fun-loving guy all the time. ... It's awkward when funny people get emotional.