Accessibility links
Sera Cahoone's 'Ladybug' Summons The Human Side Of Tragedy In this melancholy country-pop song, the singer-songwriter aims to raise awareness of domestic violence within the LGBTQ community while returning the focus to her slain cousin's humanity. 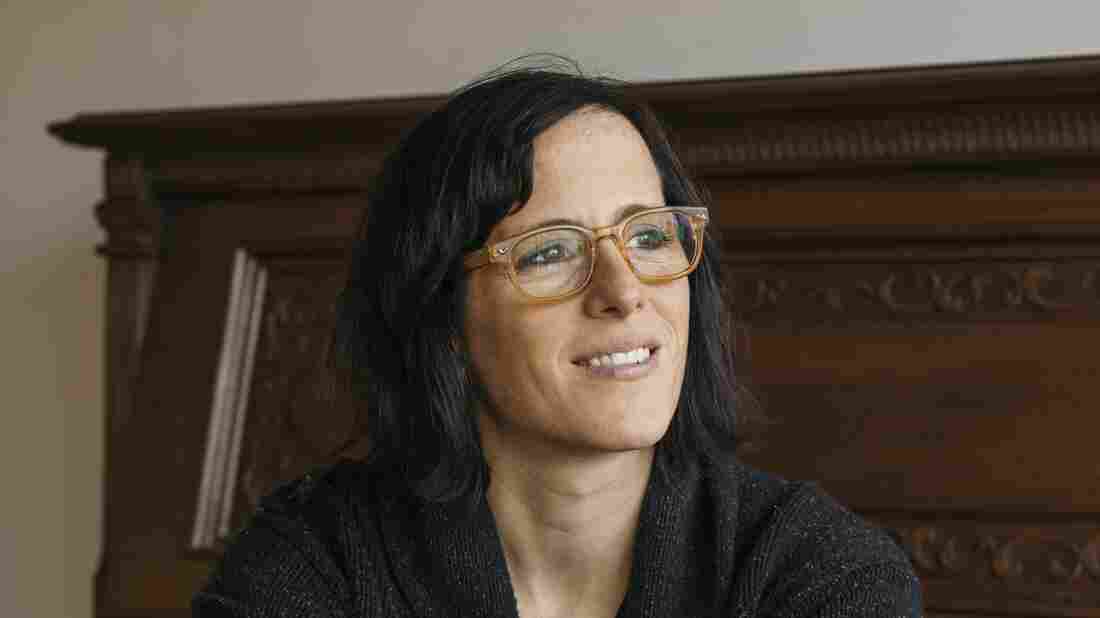 Sera Cahoone's new album, From Where I Started, comes out March 24. Courtesy of the artist hide caption 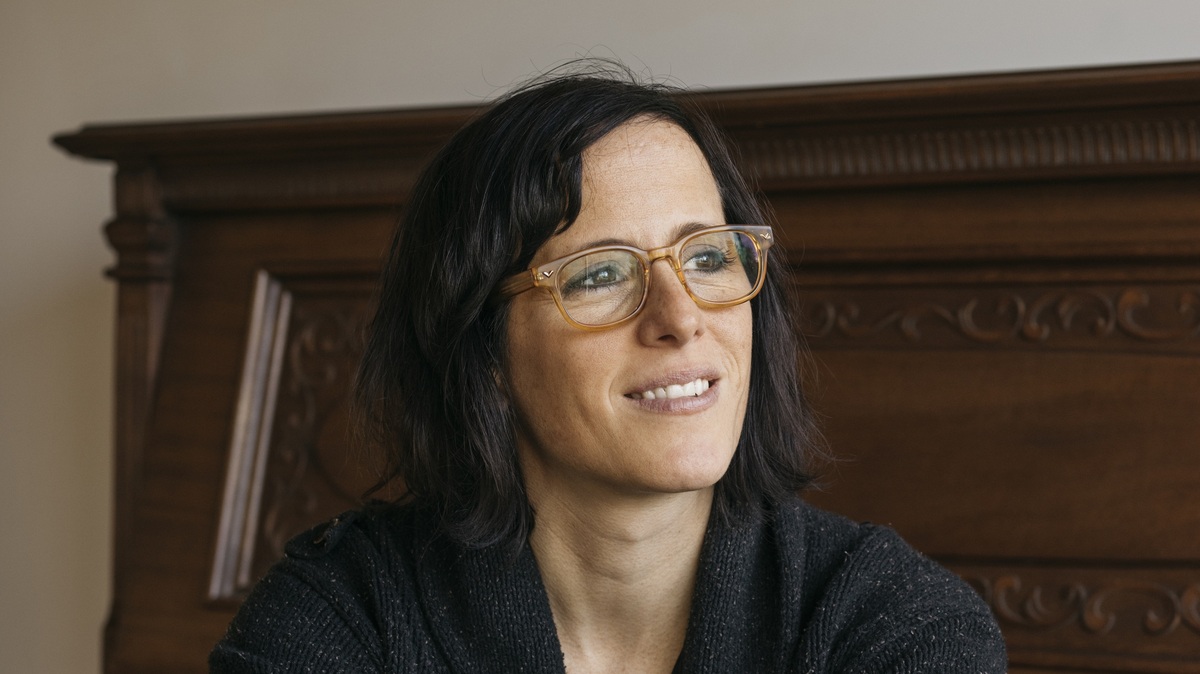 Sera Cahoone's new album, From Where I Started, comes out March 24.

The profoundly personal side of tragedy often gets lost when stories of horrendous events become a sort of public property, taken up by reporters, bloggers, tweeters and talk-show hosts, even claimed as fodder for sensationalized television documentaries. Flesh-and-blood people whose ordeals are broadcast far and wide can easily get reduced to one-dimensional characters and their suffering abstracted.

Singer-songwriter Sera Cahoone, whose reflective songwriting posture and moony, mellow lilt have made her a big draw in the alt-country scene of the Pacific Northwest, reverses that dehumanizing process in the song "Ladybug," a melancholy twang-pop number from her upcoming album From Where I Started. The murder of her young cousin Tawnee Baird, at the hands of Baird's own partner, generated international headlines a couple of years back. In singing directly to her slain kin, tenderly meditating on unrealized dreams and voicing intimate grief — the wistful, reverb-cocooned melody laid over ribbons of steel guitar and a seesawing drum groove — Cahoone returns the focus to Baird's fully rounded humanity.

At the same time, Cahoone is seizing the moment to raise awareness of domestic violence within the LGBTQ community. Both performing and talking about the song are new experiences for her; on the phone, she braves her discomfort with subdued grace.

Jewly Hight: You're presenting this album as a collection of songs that lean on your connection to country music. What resources have you found in the country songwriting tradition?

Sera Cahoone: Old country is a big influence to me — a lot of Merle Haggard, Hank Williams, Loretta Lynn. I just love the simplicity of it. A lot of my songs are so simple: three chords, or maybe five sometimes. I'm not, like, the greatest guitar player, so I write pretty simple songs.

I can think of country songs that have aimed anger or judgment at heterosexual domestic violence, like Martina McBride's "Independence Day" and Miranda Lambert's "Gunpowder & Lead." Then there have been folk murder ballads and delta bluesmen who boasted of manhandling their women. When you've surveyed the roots and country landscapes, what have you found lacking in the stories that are told?

They are usually pretty heterosexual, I would have to say. For me personally sometimes, it's not like I can really relate to those. It usually is a man doing this, being a jerk. I guess it can be the woman too, but not as much.

On a good bit of this album, you're savoring domestic intimacy. The contrast between that and the violence alluded to in "Ladybug" was pretty striking to me. Did you think about how that song might sneak up on the listener?

I don't know how people are really gonna react. I want to talk about it. But it is a very intimate thing and not always easy to talk about. But I felt like it was important to put it on there. 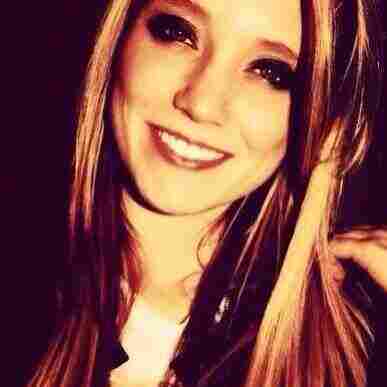 I wasn't familiar with Tawnee's story, so I searched for news reports, which, of course, present the facts in a very sterile way. She was your cousin, right?

Yeah. I basically call her my cousin. She was my cousin's daughter, so [my] second cousin. I've known her since she was young. She was in Utah. I wasn't able to see her all that often. But she was such a sweetheart and was really trying to get herself out of this relationship. She got a job and she was going to school and really trying to get her life together. Really what happened is [her partner] completely wasn't letting her do that.

It was a very, very hard thing. I first was on Facebook that morning, and I kept seeing "RIP Tawnee" from her friends. So I was like, "What are they talking about?" I hadn't heard anything. So I called my mom and she called her sister, who's my aunt and Tawnee's grandma, and she hadn't heard of anything. So basically we first found out on Facebook and we were trying to figure out what happened.

How long did it take for you to be ready to write this song?

It took a while. I guess it was maybe six or eight months after. It just kinda came out.

You always hear about this kind of stuff happening, but you never think anything like this is gonna happen to your family, especially in such a devastating way. Another thing is queer domestic violence you don't really hear about, especially two women. You never think — and that's also with my family — you just don't think that two women are gonna do that to each other. If she was dating a guy, it would've been taken more serious, I think. That's something that I think is really important to get out there too, that it's in all communities — not that people don't know that, but just to take things serious when people tell you things.

I picked up on a sense of regret and complicity in lines like "All the signs were right there / We just couldn't believe."

Which is totally true. You would never think that that's actually gonna happen. Like I said, especially two young women. That's another reason why I thought it was important to bring it to light.

The way that you incorporate details and emotion humanizes the story, like the description of her cats waiting for her to come home. That's wrenching.

I know. I talked to my aunt a lot — that's her grandma — and I asked her a lot of things. She told me a lot that really helped as well. And that [line] is true. Her cats were under her bed. They didn't come out.

It's weird. I did see [Tawnee and her partner] at least two weeks before this happened. Seeing them and then it just happening right after that, my gut just dropped. One of the last things [Tawnee] said to me was, "I wanna come to Seattle." I just wish I would've grabbed her right then, you know?

Did you tell anyone in your family that you were going to write this song?

I just wrote it. I definitely talked to Tawnee's mom and my aunt after I knew it was gonna make the record, just to make sure everybody felt OK about this, because people might be asking them questions and it's gonna bring to light more of the situation. They think it's really sweet. It's been such an exposed story in a lot of ways; I guess they just did a Lifetime [Television] story about it or something. I could bring it to light in a sweeter way than the ways that people have been intrusive in their lives. I wanted to celebrate Tawnee as well, so they're happy about that.

What kinds of conversations would you like to see the song spark?

If I can make a difference in any way, just talking about domestic violence in general is a big step. Because it's everywhere. Especially in the queer community, I think that that is something that's really important to talk about — not especially in the queer community, but for this story that's something that I want to bring to light more. Basically people need to take everything serious. If somebody's telling you that this is going on in their relationship, people need to listen and really try and do all they can to help this person.

Are you going to play a benefit show for a nonprofit that addresses this issue?

Yeah, it's Northwest Network out here. It's a queer network for domestic violence. [The show]'s not set up yet, but that's something that I'm looking into doing, and talking with them and trying to get more involved with them to do what I can to help.

From Where I Started comes out March 24 via Lady Muleskinner Records (physical, digital).