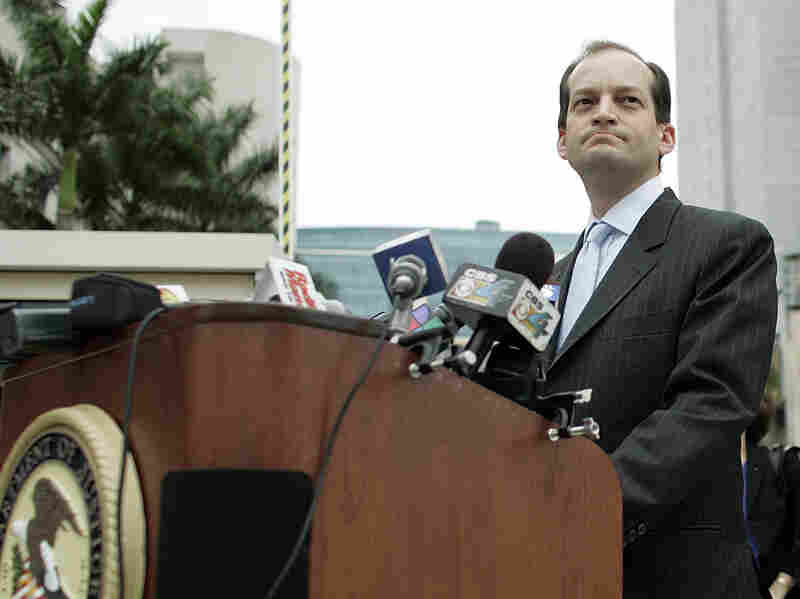 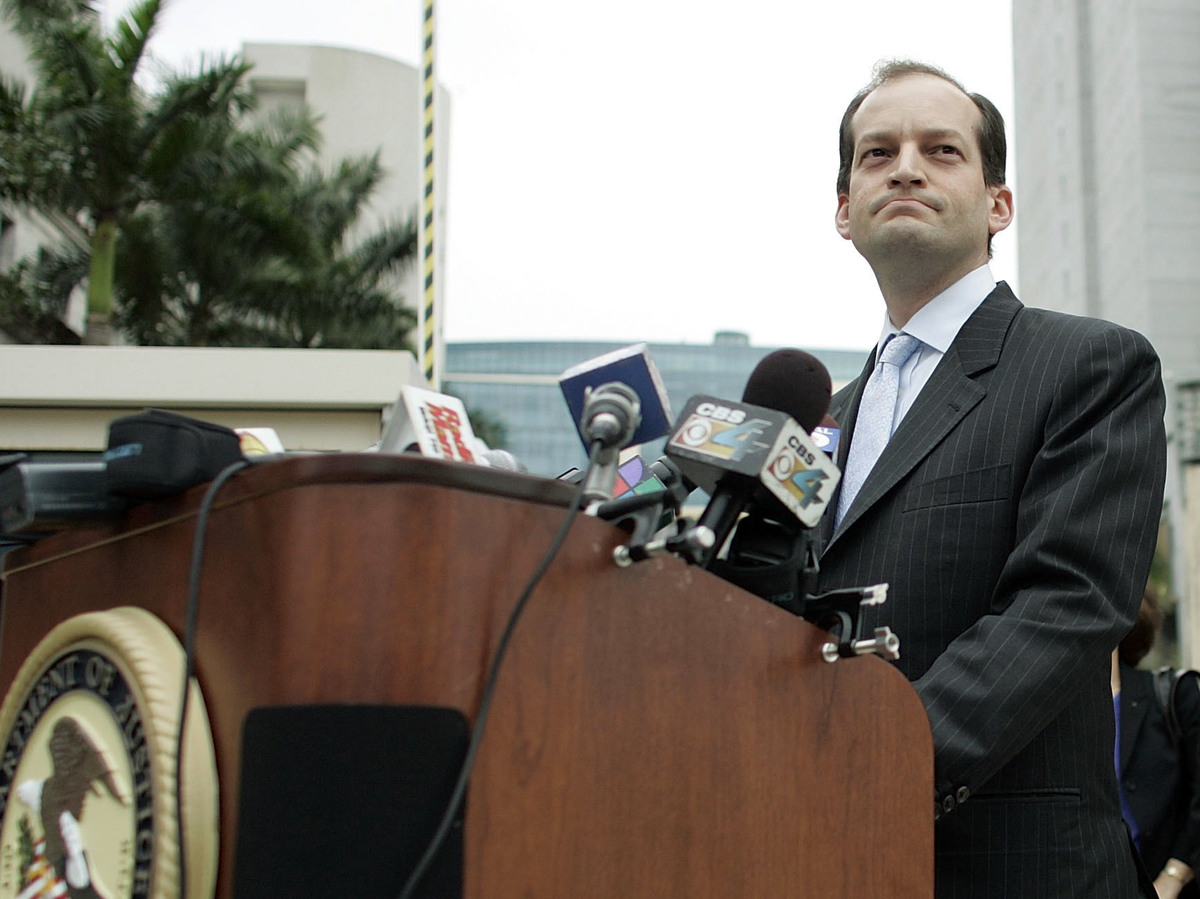 President Trump has named R. Alexander Acosta as his replacement for labor secretary nominee. Trump's earlier pick, fast-food executive Andrew Puzder, withdrew his nomination on Wednesday afternoon after losing support on both sides of the aisle.

Acosta has been dean of the law school at Florida International University since 2009. He has been a member of the National Labor Relations Board and was U.S. attorney for the Southern District of Florida. Prior to that, he was an assistant attorney general for the Justice Department's Civil Rights Division during the George W. Bush administration.

His tenure there was not without controversy. Acosta filed a brief defending an Ohio law that allowed people to challenge the legitimacy of a voter at a polling place, even though the Justice Department was not involved in the case, as the Los Angeles Times reported in 2004.

While Acosta was U.S. attorney, his office was reprimanded by a federal judge after it was revealed that prosecutors there had illegally recorded conversations with the attorney of a doctor accused of illegally prescribing painkillers. Acosta said he had instructed his employees to not do that again.

If confirmed, Acosta will be the first Hispanic member of the president's Cabinet.

Puzder, CEO of CKE Restaurants — including Hardee's and Carl's Jr., had been scheduled for a confirmation hearing on Thursday after multiple delays. He faced criticism for his management of the company and for more personal issues, including a since-retracted domestic abuse allegation from his wife and hiring a housekeeper who came to the U.S. illegally.