Accessibility links
'Man Of Good Hope' Tells A Somali Refugee's Story — In Song The musical was inspired by Asad Abdullahi, who, as a child, embarked on a perilous journey through Africa. "It's sort of a Greek epic in its proportions," says director Mark Dornford-May. 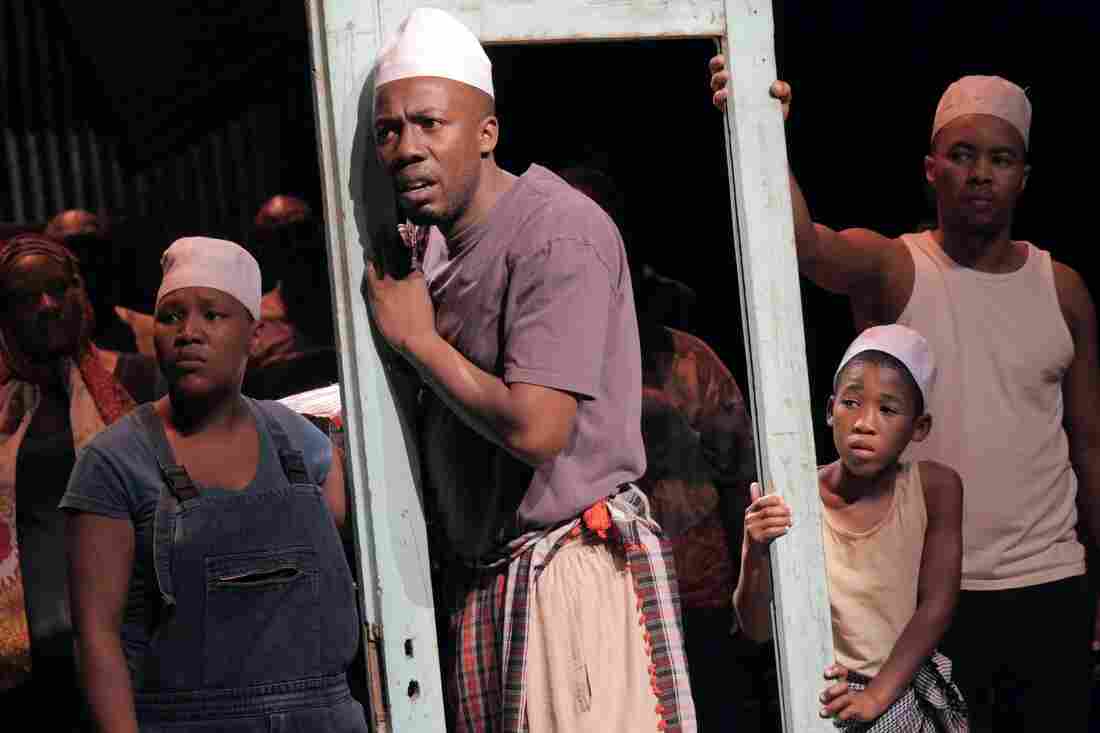 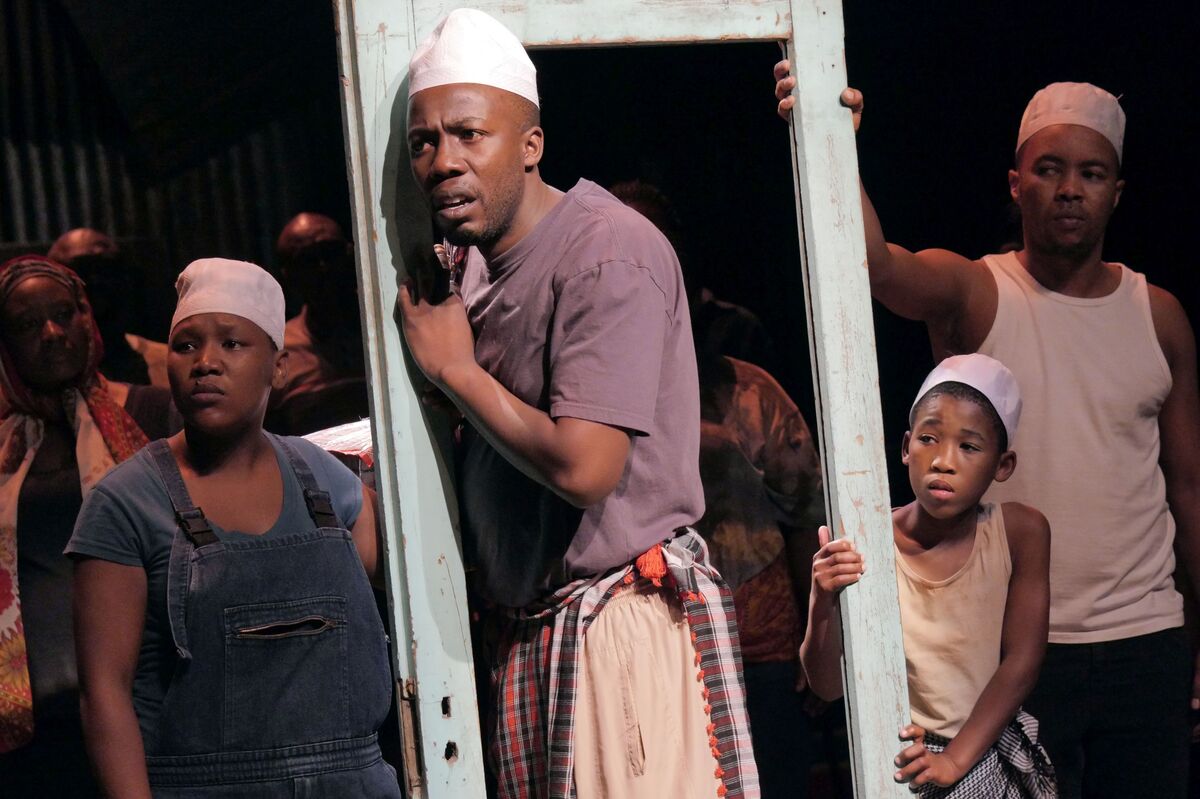 There are over 21 million refugees around the world, according to the United Nations, and the musical A Man of Good Hope tells the story of one of them: Somali refugee Asad Abdullahi. Several years ago, author Jonny Steinberg interviewed Abdullahi in a rough and tumble township outside Cape Town, South Africa. He was working on a book about South African history.

"[Abdullahi] began to speak of his past in ways that were so extraordinarily visceral and powerful," Steinberg recalls. "His capacity for smell and touch and sounds to trigger memories was unlike any other human being I've met."

So the book, also called A Man of Good Hope, turned into Abdullahi's story. It's a huge, almost Dickensian tale that begins in Mogadishu when he was a little boy. "His mother was killed by militia in front of him," Steinberg says. "He fled south towards Kenya, was separated from his family and ended up living this quite lonely itinerant childhood, drifting from Nairobi into Ethiopia, always connected to adults, but very tenuously and very tactically. I think that he learned to be a very hard boy."

And a hard adult. He got married, made a dangerous trip to South Africa without immigration papers and found even more hardship there.

Mark Dornford-May is the artistic director of Cape Town's Isango Ensemble. He was given Steinberg's book as a Christmas present, and says, "I couldn't put it down. It's the most extraordinary tale. It's sort of a Greek epic in its proportions." 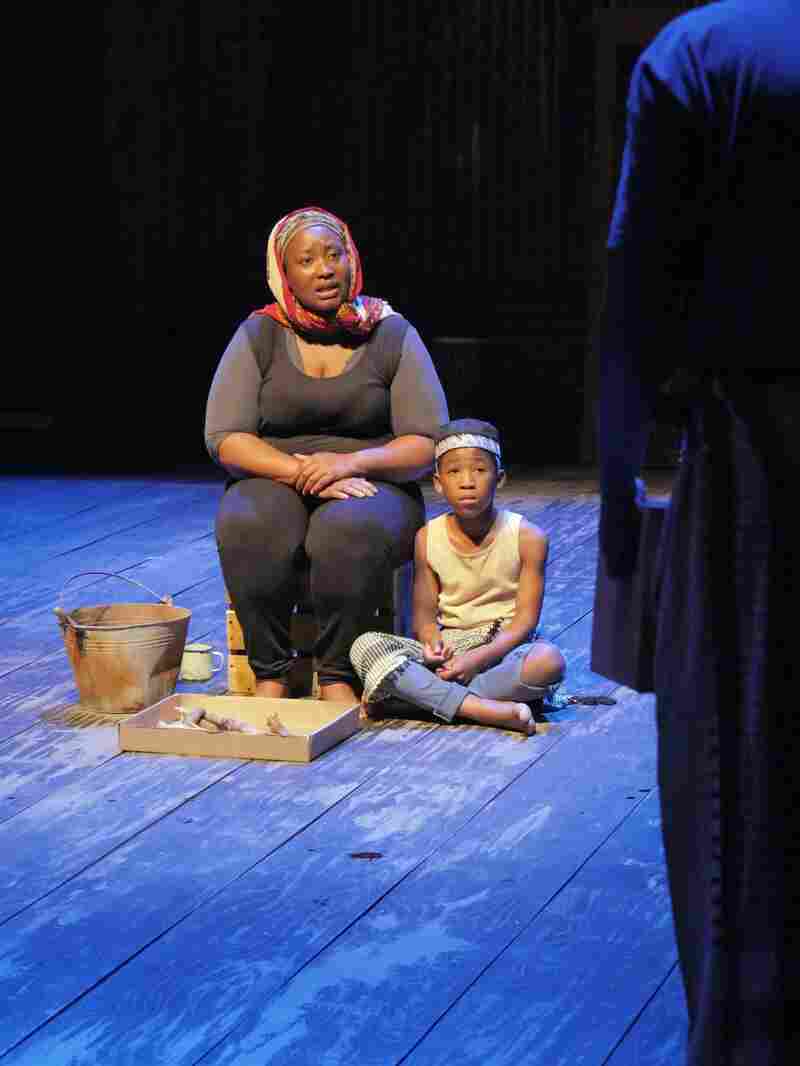 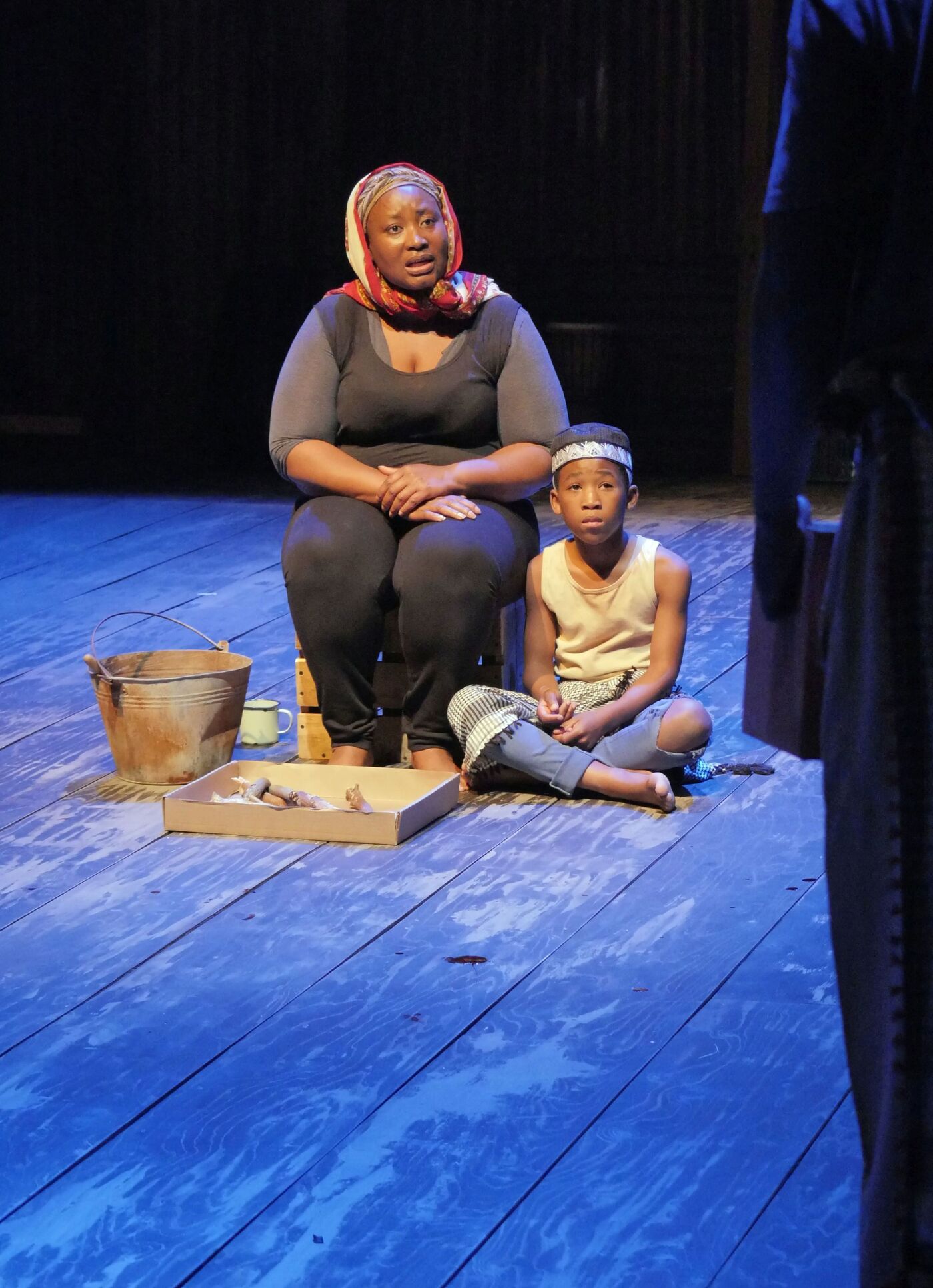 Pauline Malefane appears alongside Siphosethu Juta in A Man of Good Hope.

He had the idea to turn Abdullahi's story into a musical, but adapting it for the stage wasn't easy. Actress Pauline Malefane, who also co-founded the company, says they experimented, taking sections from the book and applying different theatrical techniques. "You can sing or you can speak or you can whatever," she says. "And then, you know, after 15 minutes, we'll all sit and we'll watch each other present whatever we've come up with." Collectively, the ensemble began to build a show.

The next challenge was the content. When Abdullahi arrives in South Africa, he encounters xenophobia and violence in the townships — townships that Malefane and other ensemble members once called home. "You cannot imagine how difficult it is, because the violence is carried out by us," Malefane says. "You know, we are South Africans."

After that, the question became: How do you pull off a narrative that takes place over more than two decades in more than half a dozen countries? By having four different actors play Abdullahi. Ayanda Tikolo plays him as an adult, when he has three businesses destroyed in the townships. Through it all, Tikolo says, Abdullahi never lost hope. "Asad is stubborn. He just doesn't want to give up ever. Whatever is happening to his life, he's just focusing his life forward."

At the end of the book and the musical, Abdullahi immigrates to the U.S. (He now lives in Kansas City.) But with recent events, author Jonny Steinberg says the story has taken on even more relevance. "I called Asad 24 hours after the travel ban and asked him what he was feeling and what he was thinking, and he was so bewildered and shattered," Steinberg says.

But Abdullahi has overcome so much in his life, Steinberg knows he'll be OK.

A Man of Good Hope is currently at the Brooklyn Academy of Music and will tour internationally after that.