Accessibility links
Betsayda Machado y Parranda El Clavo, Live In Concert At globalFEST The clarion-voiced Afro-Venezuelan singer Betsayda Machado and her band are just beginning to tour internationally. Hear them in their New York City debut at globalFEST in January. 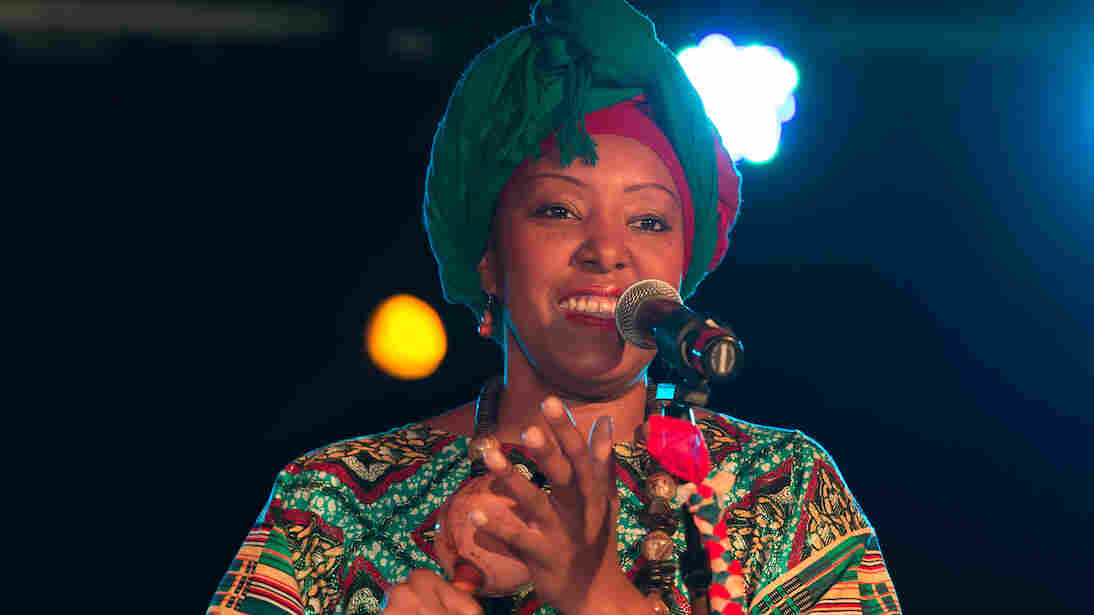 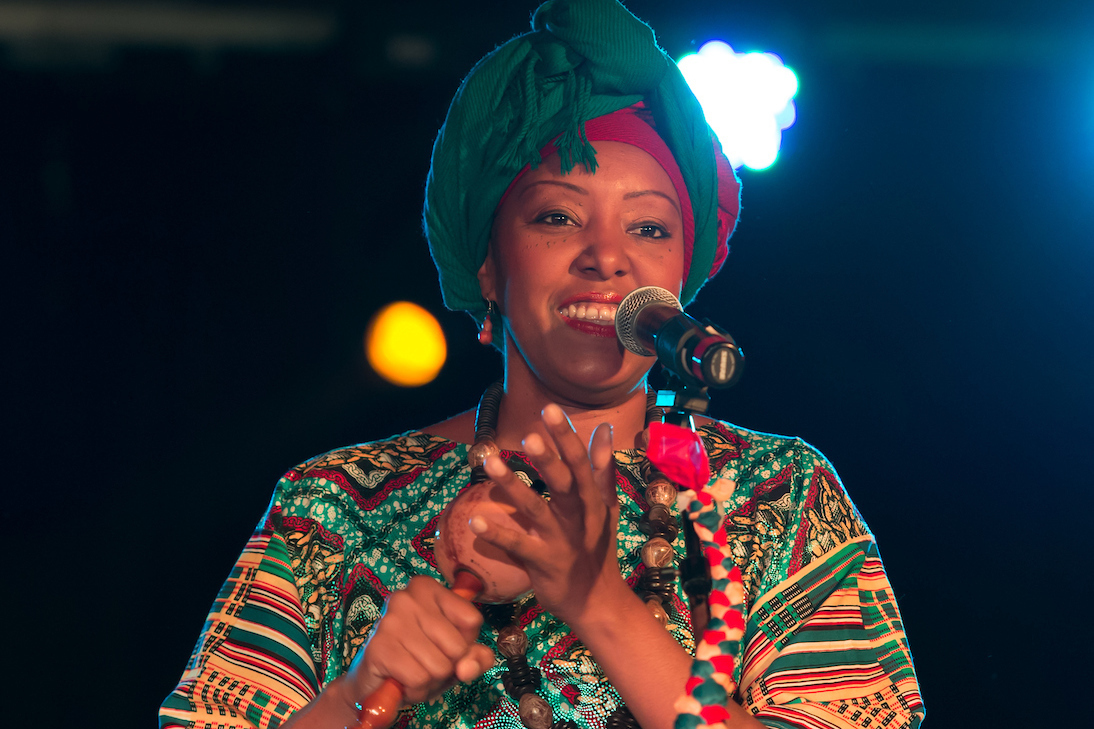 One of the most joyful shows I've heard in years came courtesy of the clarion-voiced Afro-Venezuelan singer Betsayda Machado and her group La Parranda El Clavo, who made their New York City debut at the annual globalFEST festival in January.

They root their often politically pointed lyrics with the sounds of their heritage — including intricate African polyrhythms and percussion, as well as call-and-response singing — occasionally mixed with close harmonies that evoke an almost-R&B feel.

Though she has been based in the capital city of Caracas for many years, Machado comes from a small village of 1,500 people called El Clavo, located near Venezuela's Caribbean coastline. Like Machado and her bandmates, the town's inhabitants are mostly Afro-Venezuelans, the descendants of slaves who had worked on the area's cacao plantations.

For generations, they've been able to hold onto certain elements of their African and uniquely Afro-Venezuelan heritage, especially in their music-making. And the music of this band, La Parranda El Clavo, has helped keep their community strong and proud of their traditions. The group has been playing together for nearly three decades, primarily at town festivals, holidays and funerals. But it's only now that they've begun touring North America — and making their singular, passionate and purposeful voices reverberate in the wider world.