Accessibility links
Fiduciary Rule: Trump Moving To Delay Rule That Protects Workers From Bad Financial Advice A lobbying battle is being waged over a rule requiring financial advisers to act in their clients' best interest in retirement planning. It pits financial firms against consumer and retiree groups. 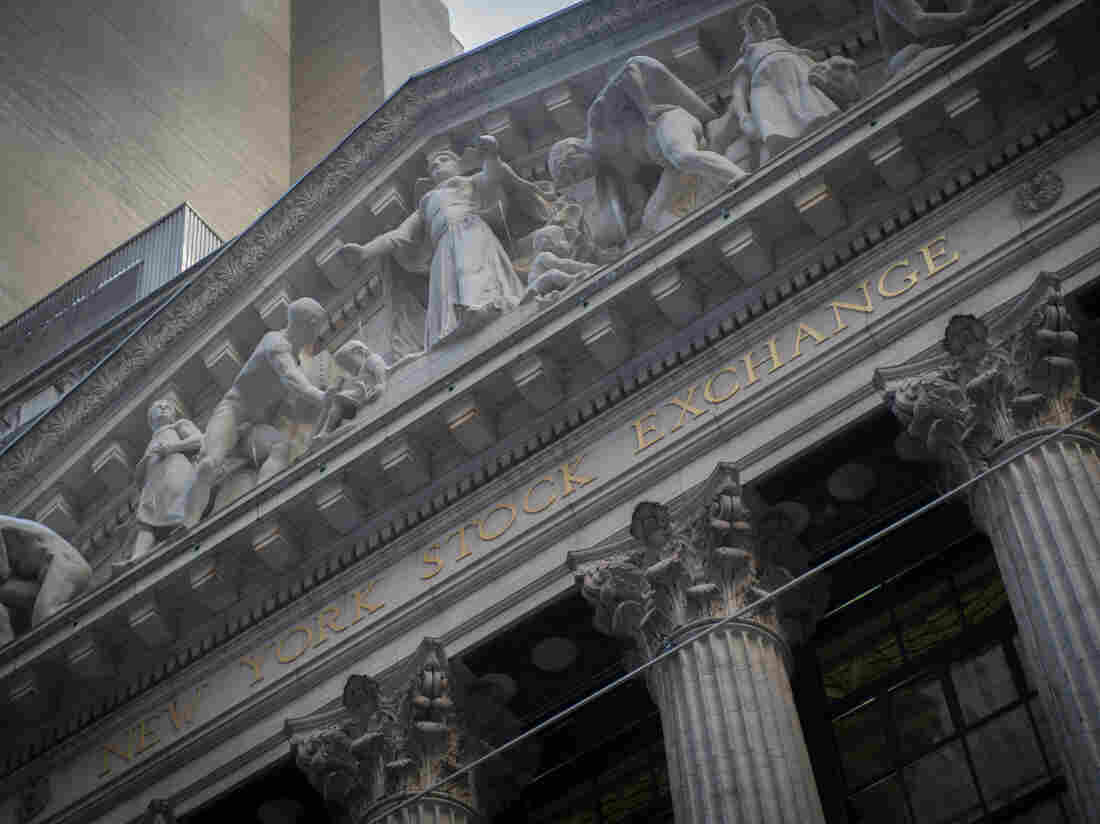 The exterior of the New York Stock Exchange on Feb. 10. A lobbying battle is being waged over a rule requiring financial advisers to act in their clients' best interest in retirement planning. Bryan R. Smith/AFP/Getty Images hide caption 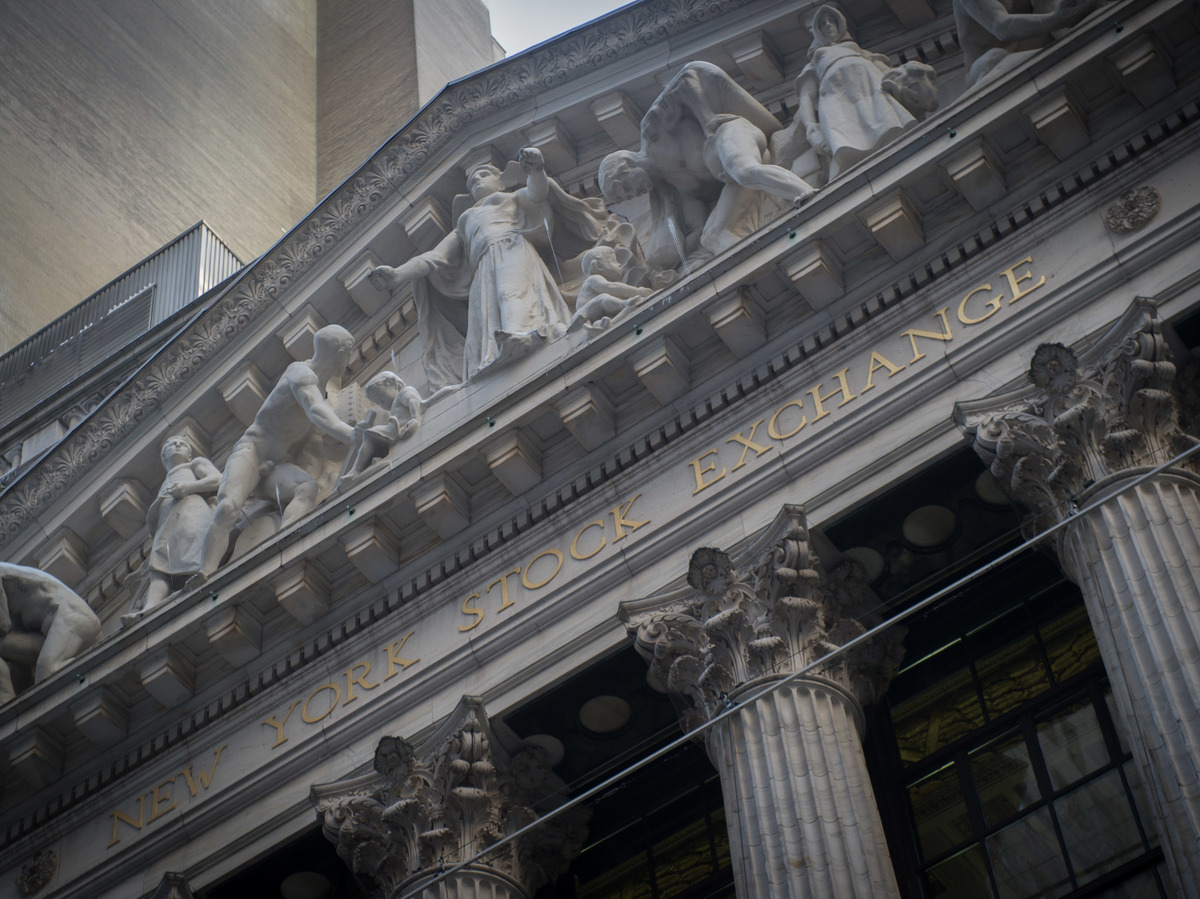 The exterior of the New York Stock Exchange on Feb. 10. A lobbying battle is being waged over a rule requiring financial advisers to act in their clients' best interest in retirement planning.

Over the past two weeks, the Trump administration has taken steps to delay and perhaps scuttle a new rule designed to save American workers billions of dollars they currently pay in excessive fees in their retirement accounts.

The Obama administration spent 5 years crafting the rule through the Labor Department. It requires that financial advisers and brokers act in their customers' best interest when offering them investment advice for their workplace retirement accounts. Firms must comply by April.

A fierce lobbying battle has now broken out over this rule's fate. On one side: big financial firms. On the other: just about every major consumer and retiree advocacy group in the country.

"This is a top priority for AARP," says Cristina Martin Firvida, the retiree group's director of financial security. "Make no mistake: This rule is now under attack."

'Forgotten men and women of America'

In his inauguration speech, President Trump talked about giving America back to everyday working Americans. In one of the more memorable moments, the president said, "The forgotten men and women of our country will be forgotten no longer."

But Dennis Kelleher with Better Markets, a Wall Street watchdog group, says if the Trump administration kills or weakens this rule, "it would be a slap in the face to them if he now sided with Wall Street and big finance above hard-working Americans who are trying to scrape together a few dollars after paying the bills to save for retirement."

At its core, the new rule is simple. If you're one of the millions of Americans with a workplace retirement account such as a 401(k), the Labor Department requires financial advisers to act in your best interest.

Too often, the AARP's Firvida says, your broker or adviser has been able to push you to buy, for example, mutual funds that are bad investments because they have really high fees. Those mutual funds give the adviser a commission in exchange. So, your adviser gets paid more money for giving you bad advice.

"Individuals saving for retirement are losing an estimated $17 billion — that's billion with a 'b' — annually because of financial advice that's not in their own best interest," she says.

The Obama administration's proposed rule aims to stop that. But firms don't have to comply with the rule until April, and now, given some moves the Trump administration has taken, that compliance date is now expected to be pushed back by 180 days.

Two weeks ago Trump issued a memorandum instructing the Labor Department to re-evaluate the worker protection rule. Then last week, the Department of Labor sent a proposal to the Office of Management and Budget to delay the rule.

A large group of consumer and worker protection groups is worried that the new administration will use that time to start weakening or dismantling the new rule.

Industry trade groups have been lobbying against the rule for years.

Francis Creighton with the Financial Services Roundtable says the rule will make financial firms vulnerable to too many lawsuits. The cost of dealing with them, he says, will get passed on to their customers.

"The problem with litigation is a court can essentially have unlimited damages," Creighton says. "We don't want things enforced by trial lawyers."

Some in the industry have also argued that it will discourage advisers from working with clients with less money saved up because it will be harder to make enough money advising them.

In That TV Ad, What Exactly Are Those Parents Worried About?

But others in the financial industry support the rule.

"We think it's the right thing to do," says Kevin Keller, who heads the Certified Financial Planner Board and is part of a coalition of other financial adviser groups lobbying in favor of the rule. "Advisers should be required to put their clients' best interest first."

Keller says there are plenty of examples of financial planners and advisers who have chosen to operate under what's called a "fiduciary standard" to put their clients' best interests first. And he says those advisers are able to make a good living and do right by their customers at the same time.

Scott Puritz is a managing director with Rebalance IRA, an online financial advisory firm that offers low-fee investment portfolios. "The large established financial firms are for the most part against the rule because it will force them to stop overcharging their clients billions and billions of dollars per year," says Puritz, who supports the rule.

Some industry groups have filed lawsuits to try to block the rule. But just last week, a federal judge in Texas ruled in favor of the new regulation and rejected all of the industry's arguments against it. In fact, three court rulings have rebuffed industry challenges.

Kelleher of the Wall Street watchdog group argues that the lawsuits should make it difficult for Trump's Labor Department to conclude that the new worker protection rule is bad for consumers. And he says if the department tries to weaken or kill the rule with a flimsy argument, "then we will sue them."

"They can't rip this key safety protection for retirement savings away from the American people without having a substantial valid basis. And if they do, we'll see 'em in court," Kelleher says.

Meanwhile, many financial firms have been getting ready to comply with the rule by the April deadline — and they are eager to see how all this plays out.