Accessibility links
Sui Zhen Liberates Her Digital Alter Ego In 'Hangin' On' Video The Melbourne artist's Susan persona, whom she calls "a manifestation of social media metadata," gets a taste of freedom in a Butoh-inspired video.

Few musicians are confronting the digital disconnect with Sui Zhen's lightness of touch. On her 2016 album Secretly Susan, the Melbourne artist coined the Susan persona as a "manifestation of social media metadata, a simulacra of a girl you might know who is trying to connect to her true self," she explains. By nature, she's a one-dimensional character — but a charming, vulnerable one who gradually gains awareness of her own personal limitations. There's a similarly ersatz feel to Sui Zhen's production style, which turns sounds associated with hotel lobbies and pastel-hued fantasies into minimalist pop songs that hit like puffs of powdered sugar and stick long in the mind.

In "Hangin' On," her lyrics capture the noncommittal two-step that often arises in tech-mediated relationships: "So when I see you baby, you are acting nonchalant / So when I see you baby, I am acting nonchalant," she trills, stuck in the holding pattern. But in the video for "Hangin' On," one of the final parts of the Secretly Susan puzzle before Sui Zhen moves onto her next project, Susan is entranced by the prospect of freedom as scenes from a verdant women's commune penetrate her hermetic, pink paradise. 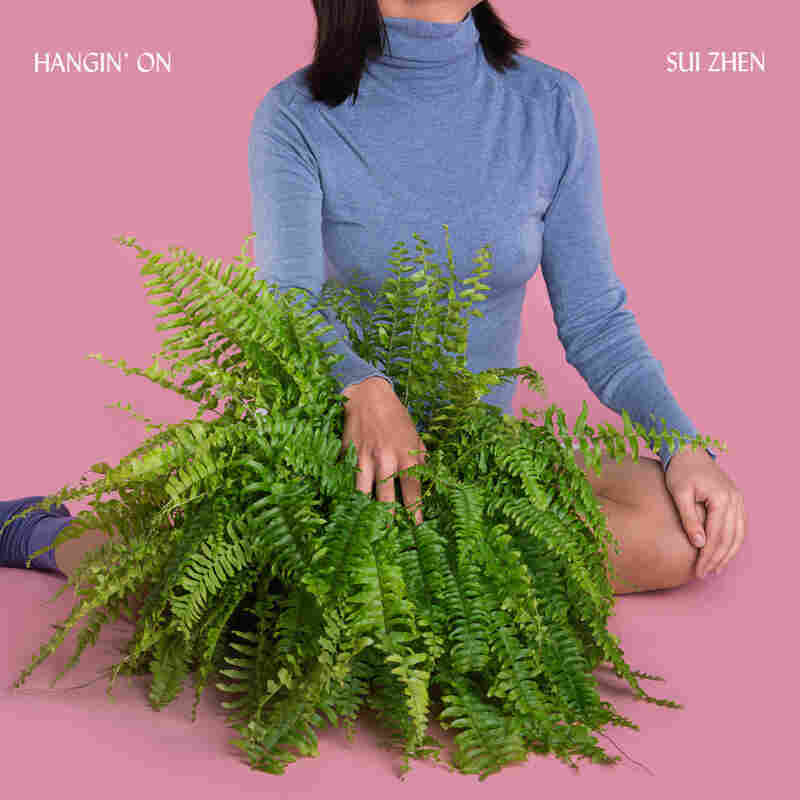 Sui Zhen, Hangin' On Courtesy of the artist hide caption

"It is about the illusory digital ephemera that we use to sculpt our personas, how easily things can appear to seem real, and then in an instant, disappear," says Sui Zhen, who cites Japanese Butoh theater as an influence on the visuals. "We can invent and reinvent personas, give birth to or kill our avatars in seconds. But those fragments of our previous selves can never completely go away."

With Susan now liberated from her digital prison, Sui Zhen is finalizing work on her third album of Turing-test pop, which has the working title Linda v2.0. "Continuing themes of human relationships to technology, I am now interested in AI and the pursuit to mimic human life," she teases.

Secretly Susan is out now via Twosyllable Records (Physical).