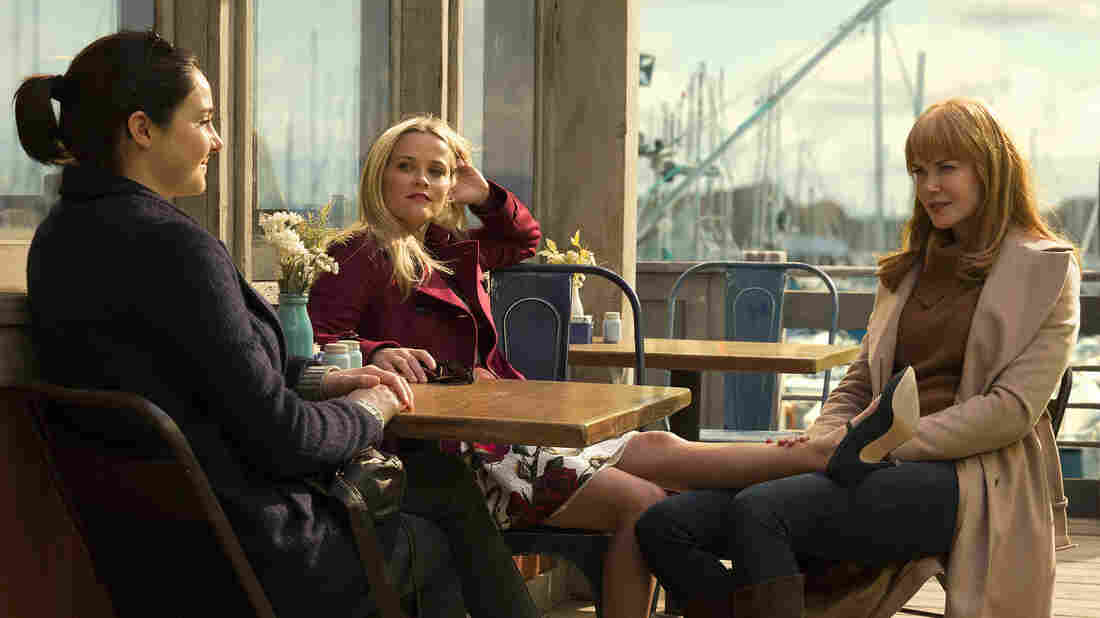 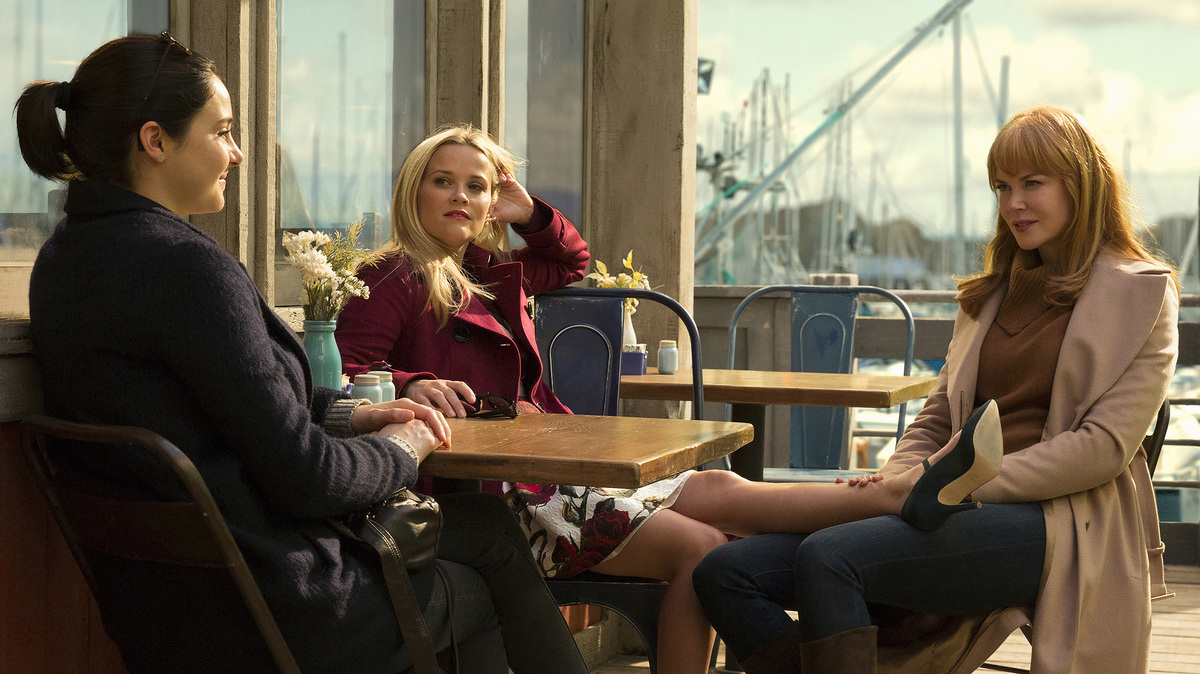 Big Little Lies, which begins Sunday on HBO, is a miniseries that begins with a murder scene, and investigation, in the close-knit oceanside town of Monterey. It's a seven-episode drama, and HBO made the first six available for preview. Even after watching all of them, I still don't know the identity of the murderer — or, for that matter, the victim. But that's on purpose.

Based on the novel by Liane Moriarty, Big Little Lies is a study in motivation, conflict and, most of all, secrets. You watch this miniseries to actively identify the potential killer, and the person most likely to be murdered — and the more Big Little Lies plays out, the more you realize they could be anyone.

Two of this drama's stars, Reese Witherspoon and Nicole Kidman, also rank among its executive producers, and have found themselves some especially deep and challenging roles to play.

Witherspoon is Madeline, a super-involved, super-intense mom, and Kidman is Celeste, whose seemingly storybook marriage to the handsome and charismatic Perry is the envy of almost everyone else in Monterey — but perhaps shouldn't be.

Perry is played by Alexander Skarsgard, who's already scored impressive roles on HBO in Generation Kill and True Blood. His scenes with Kidman are the best, and most chilling, in Big Little Lies. But there are lots of strong roles and performances here, including Laura Dern and Shailene Woodley, playing two other combative Monterey moms. Like mother bears protecting their cubs, they'd kill to protect their young — and, most likely, one of them has.

Witherspoon brought her director from the movie Wild, Jean-Marc Valleé, along to direct every episode of this project. And every episode was written by David E. Kelley, who had so much fun writing for female voices on broadcast series such as Ally McBeal.

Here, on HBO, Kelley has a field day, amping up the humor and the drama in equal measure. He transplants the novel from Australia to northern California, but otherwise stays very true to the issues of female empowerment, interaction and frustration.

Big Little Lies takes full advantage of the major assets of the TV miniseries: Networks can sign up major talent for a short-term commitment, and viewers have no idea if the characters will even survive to the end. 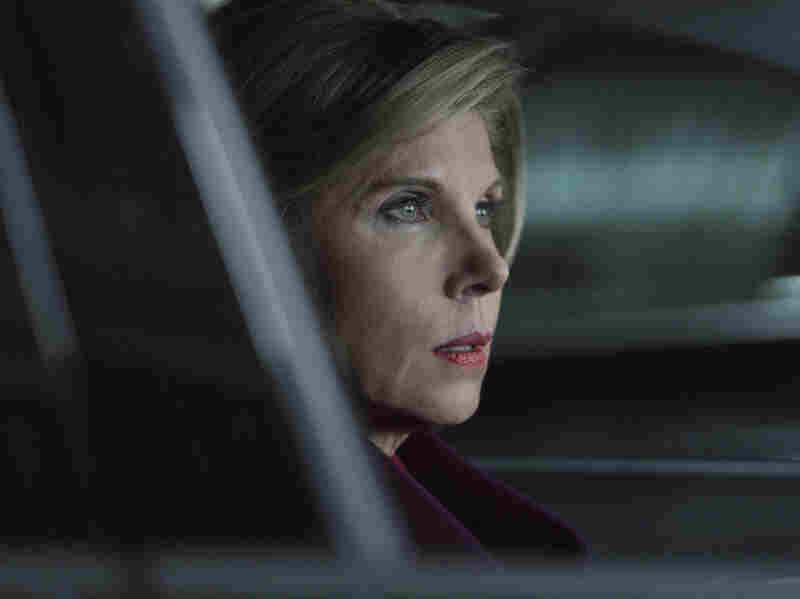 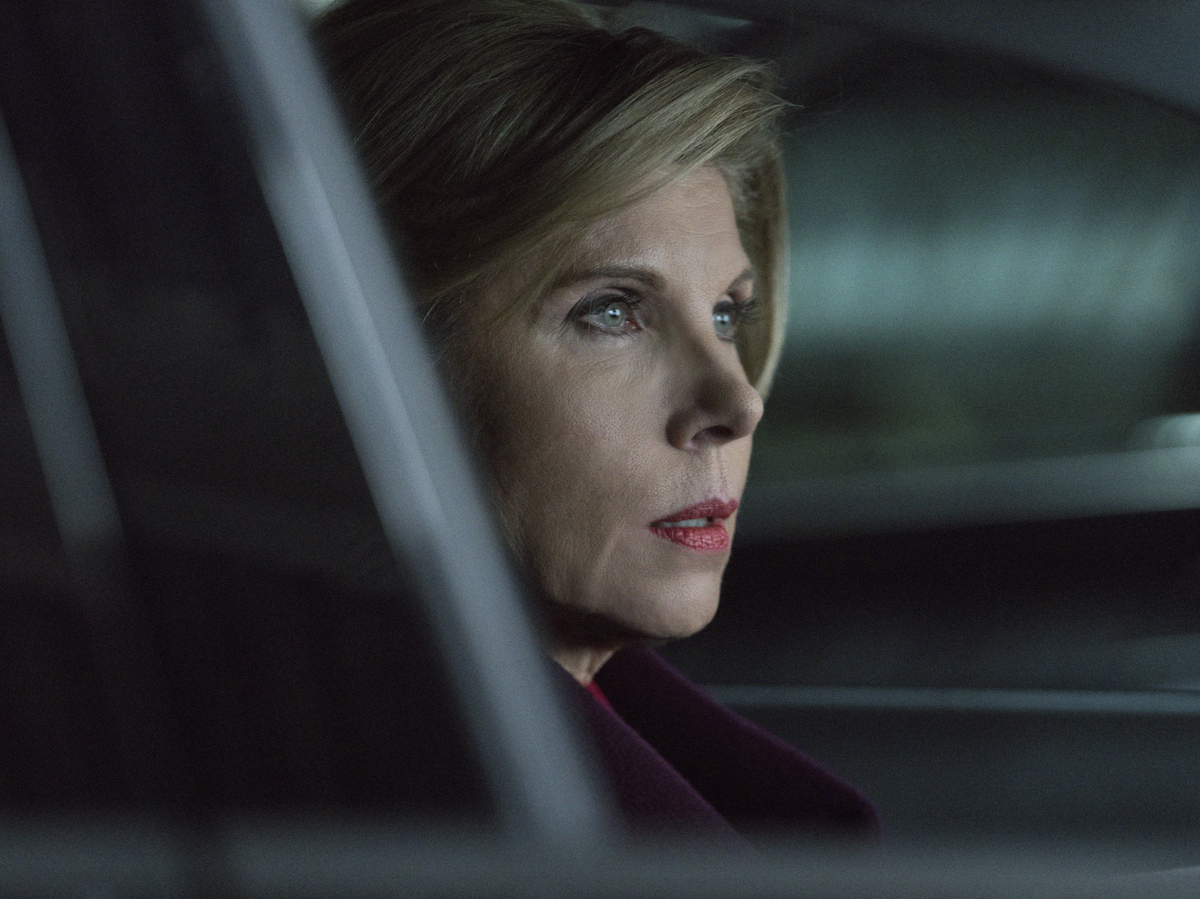 Christine Baranski reprises her role of Diane Lockhart from The Good Wife on the new CBS spin-off series, The Good Fight.

The Good Fight, which begins Sunday on CBS, is all about survival. It's a spinoff of the series The Good Wife, which starred Julianna Margulies as a woman embarking on a new life after her politician husband was caught in a scandal.

Margulies is nowhere to be found in The Good Fight, but series creators Robert and Michelle King, who created The Good Wife as well, have populated this spinoff with some familiar, and very welcome, faces from the old show. Sarah Steele is back as Eli Gold's daughter. Cush Jumbo is back as attorney Lucca Quinn. And central to the story, which picks up about a year after The Good Wife ended is Christine Baranski's Diane Lockhart.

Baranski opens The Good Fight by watching, on TV, the inauguration of Donald Trump. In the next scenes, she purchases a lavish villa in France and announces her retirement from the law firm she co-founded.

This new beginning has the feel of a happy ending — until Diane learns that the close friend who has invested her savings all these years, and to whom she has referred many close friends and important clients, has been arrested, accused of running a Bernie Madoff-style Ponzi scheme. Diane's money is gone — and when she returns to her law firm to reclaim her position, and addresses the board run by her former partners, so is her job.

The Good Wife always was about reinvention and perseverance, and The Good Fight continues those themes beautifully. It's an excellent series — a perfect sequel. And while it makes room for established characters, it also presents some new ones, including Delroy Lindo as a partner at a competing Chicago law firm, and Rose Leslie, who was in both Downton Abbey and Game of Thrones, as Maia Rindell, a brand-new lawyer, and the daughter of the disgraced financial advisor. And while it'll be bleeped out of the version shown on CBS this Sunday, The Good Fight also features some very emphatic uses of the F word.

And this is the key thing to know about The Good Fight. It's being used by CBS as bait, to lure you to the network's streaming site, CBS All Access. After this weekend's premiere on the broadcast network, The Good Fight moves to the streaming site — which, until now, has offered selected reruns of a few CBS series, and gotten about one million subscribers at $5.99 a month.

This is its first original offering — and for a while, until and unless it shows up on DVD or somewhere else, the only place to see The Good Fight after this Sunday. You'll get to see it unedited and uninterrupted — but it's the first time CBS, or any major network, has tried so aggressively to push viewers towards a paid streaming site.

As a TV viewer with an already ultra-high monthly cable and satellite bill, I'm not happy about that. I am happy about the quality of The Good Fight — it's better than any other new drama CBS presented this season. But after this weekend, you have to pay to get it. If this is TV's future, it's not going to be cheap.