Accessibility links
Massachusetts Hotline Tracks Post-Election Hate More than 250 "substantive reports" of harassment and hate incidents have flooded in since November. Although perpetrators are hard to identify, the hotline also serves to provide support to victims. 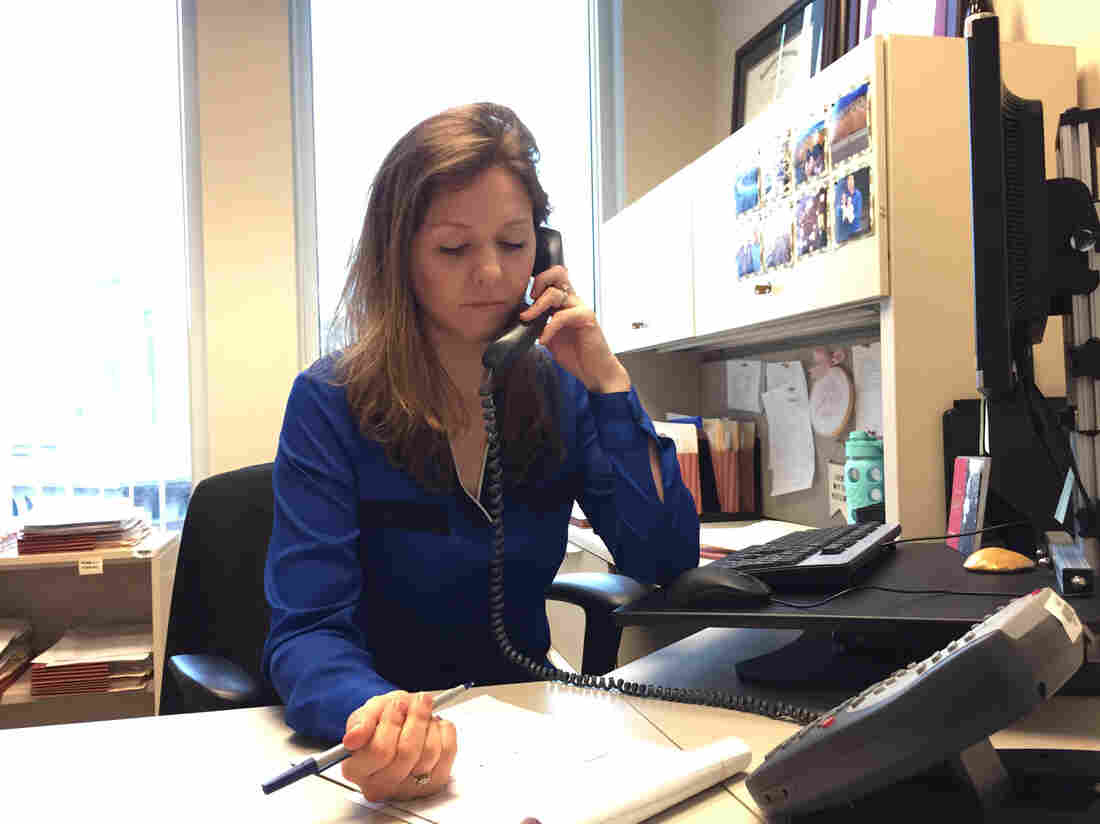 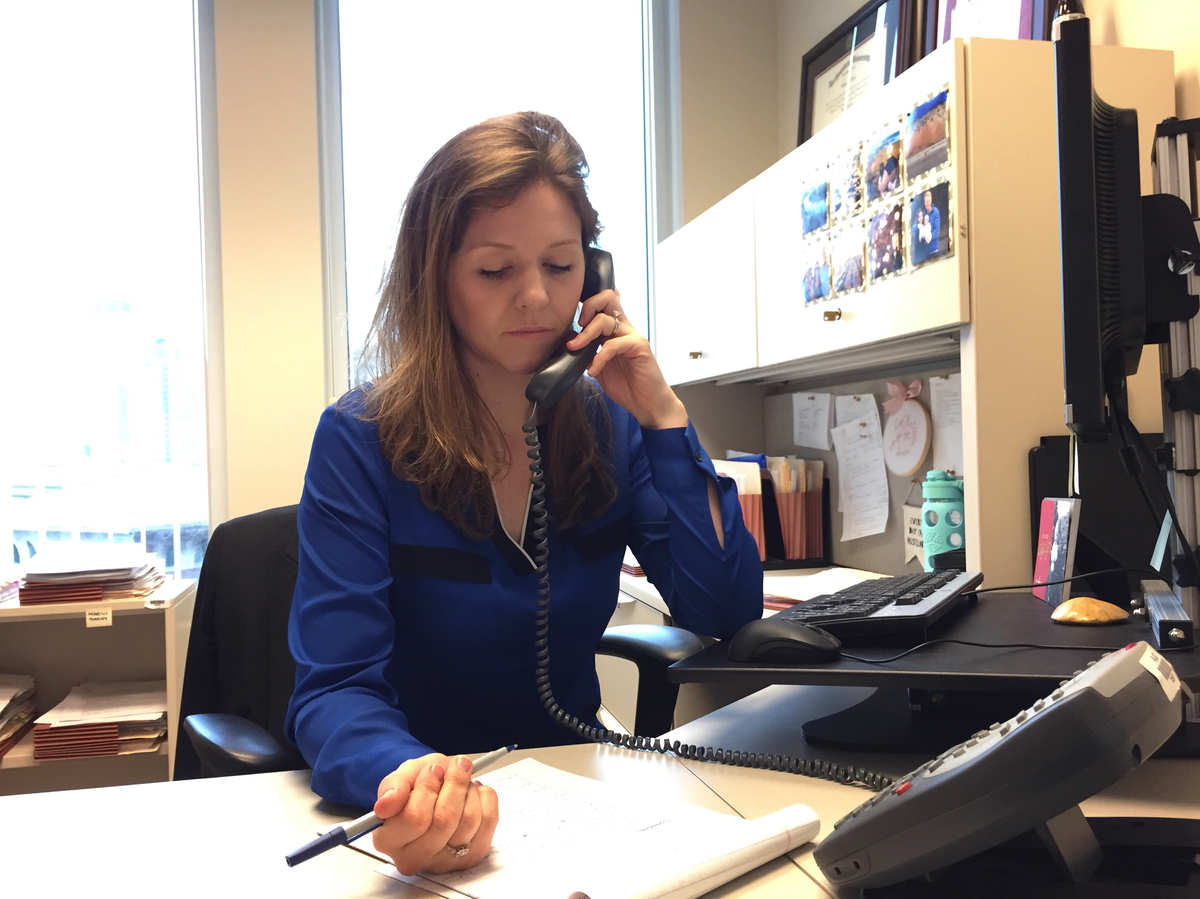 Harassment, threats and intimidation of minorities and immigrants spiked nationwide after President Trump's election in November. Comprehensive statistics are hard to come by, but officials and watch groups say hate-motivated incidents remain higher than usual more than three months after Election Day.

Massachusetts is among the many states that have seen such a spike.

"There was one night, where my parents and I were walking out of a department store," recalls Nadia Butt, 36, of Danvers, Mass., a suburb north of Boston. "And two white males yelled ... 'F****** immigrants go home!' "

Butt says she froze. So did her parents, American citizens who emigrated from Pakistan 40 years ago.

"My dad just kept hugging me as I was crying and just kept repeating that in all of his years of living here, he has never experienced such hatred," says Butts.

The rise in incidents like this one spurred Massachusetts Attorney General Maura Healey to set up a new phone hotline to field hate and harassment complaints and track their frequency.

The calls flooded in right away. Officials say they've gotten some 250 substantive reports since the election, half of those in November alone. A racist and threatening video was circulated at a local school; an immigrant, in the country illegally, was physically assaulted by a co-worker; two Jewish community centers received bomb threats; and a mosque received a letter calling for ethnic cleansing.

"The kinds of incidents that we're seeing are really scary and troubling," Healey says.

A rising star among state Democrats, Healey is a vocal Trump critic. She says the hotline has received calls from Trump supporters who say they're being harassed.

But most frequently, Healey says, the targets are perceived immigrants and minorities, and the hateful messages often invoke Trump's name, or reference his words.

"Unfortunately what we saw over the last 18 months from Donald Trump were statements that were misogynist, racist, homophobic, xenophobic," says Healey. "And that unfortunately seems to have been matched by this increase, this real uptick in hate crimes and bias incidents."

In a news conference this week, President Trump denied any part in inspiring "racism and horrible things that are put up," saying the nation was already "seriously divided" before he was elected. He blamed "people on the other side" for the rise in these incidents, suggesting that his political opponents are trying to frame his supporters as the culprits. He focused less on denouncing the hate, as he did during an interview with 60 Minutes in November.

"I will say this and I will say right to the cameras: Stop it," he said about the dozens of acts of harassment and intimidation against minorities that were reported after his election, many of which were allegedly performed in his name

In the first month after the election, the Southern Poverty Law Center, a hate watch group, cataloged 1,094 bias-related incidents nationwide, based on local news reports. Massachusetts was near the top of the group's list, with 53 incidents, trailing only California (125), New York (94) and Texas (71), and tied with Washington state.

Mark Potok, a senior fellow at SPLC, says clearly this spike isn't restricted to states where Trump prevailed in November.

"This is not a phenomenon that is only occurring, say, in the Deep South, or in the very red states out West," Potok says. "There are enormous numbers of Americans who feel very uncomfortable with the way the country is changing — more and more people who are foreign-born, more and more Muslims, more people who, in one way or another, do not look like what many people think of as a sort of normal red-blooded American."

In Massachusetts, the attorney general can respond to a hotline report with a criminal or civil case, though more commonly, her office will assist — or prod — local prosecutors and police to act.

Frequently, no perpetrator is ever identified, and no charges result. But prosecution is not the hotline's only goal. Staffers also offer up some much-appreciated sympathy and share outrage with callers on the other end of the line.

Eniola Soyemi, a Boston University graduate student from Nigeria, is one of many callers who say that just being heard and having her ordeal officially documented was therapeutic in itself. After the election, she experienced what she describes as a torrent of racist harassment.

"These kinds of incidents demoralize you as a human being," Soyemi says. "And even though you know deep, deep down inside you that that person is morally wrong, you do need other people to verify that. And I think it does help you move on from such an incident."

Similar hotlines also have been set up in New York and Maryland. Besides supporting victims and prosecuting offenders, officials are hoping to gather some better data on how the current "hate wave" may heat up or cool down over time.