Accessibility links
Oddisee's 'The Iceberg' Has A Trove Of Stories Beneath Its Surface The hip-hop artist spoke with NPR's Scott Simon about visiting Syrian refugees, getting detained at airports and what a person's shoes can tell you about cultural difference. 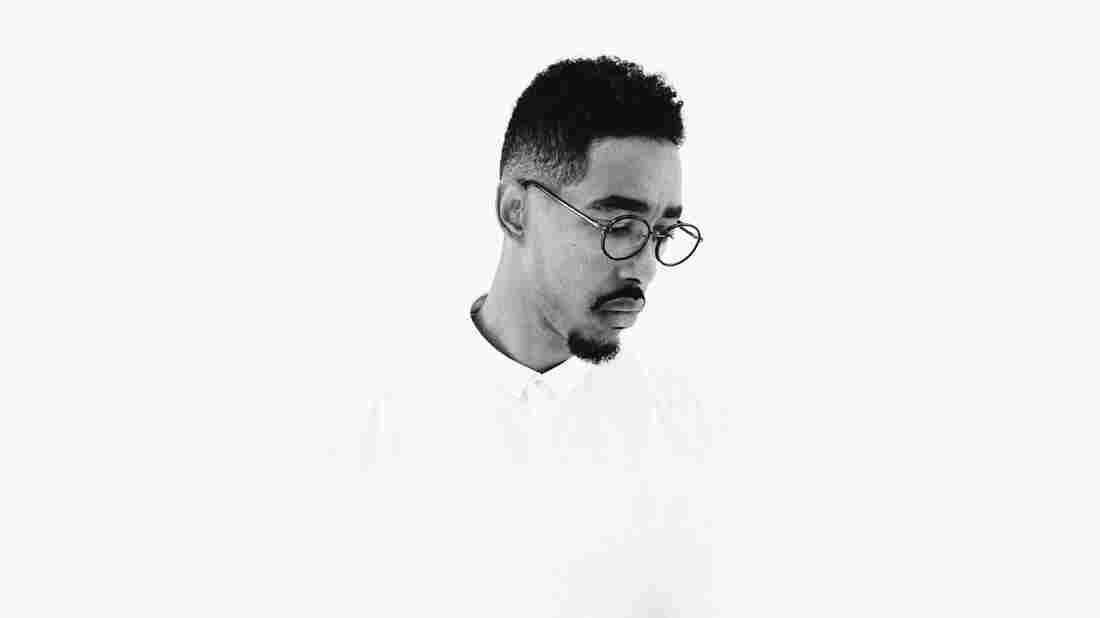 Oddisee's latest album is called The Iceberg. Courtesy of the artist hide caption 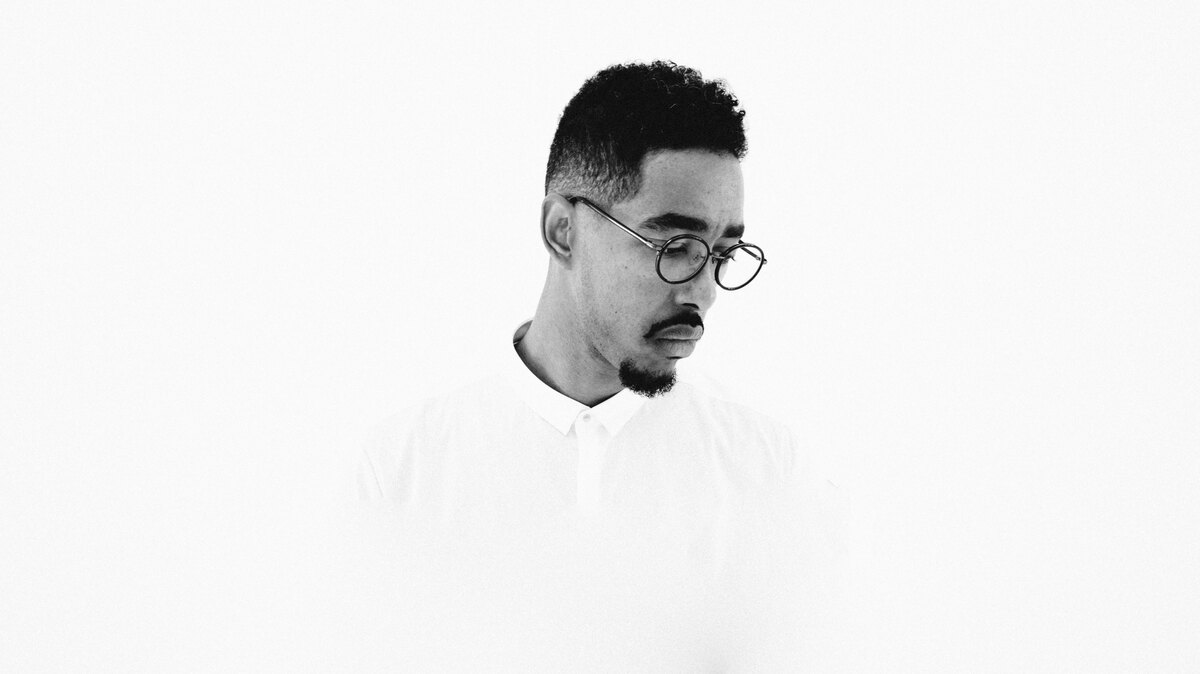 The rapper Oddisee, born Amir Mohamed, has never shied away from big-picture questions about race, politics, wealth, religion and love in his music. He believes in digging deeper — and fittingly, he's titled his new album The Iceberg because there's a lot going on beneath the surface. He spoke about it with NPR's Scott Simon; hear their conversation at the audio link, and read an edited version below.

Scott Simon: Was the concept for The Iceberg that something you started out with, or did it begin to occur the deeper you got into the album?

Amir Mohamed: It was more so of an epiphany that came first, then the title of the album, and then the songs were created around it. Initially, there were things going on in my own personal life and around me that had me constantly questioning, "I wonder how much people really know is going on."

Can you give us an idea of what's going on?

The Syrian refugee crisis was at an all-time high in Europe and I was on a ferryboat from Calais, France to England. One of the largest refugee camps was in Calais.

A lot of Brits refer to that place as "The Jungle."

Yes — and witnessing it firsthand, contemplating my own family and my own roots, it really hit home. We did a performance in Munich, Germany, where a local organization was interacting with a lot of the refugees who were brought to Bavaria and Munich. A few of the kids spoke Arabic, and I got to speak to them and explain to them that my father came to America as an immigrant and that things will hopefully get better.

Listening to the stories that these kids had — many of them were the last to survive out of their families, period. They were 12, some of them younger. I wondered if people back home really had a face to the story, and if they understood the consequences of what was happening, and the causes and effects, really, to the effect that I was experiencing.

Your family's from Sudan, right?

Part of my family, yes. My father's from North Sudan, my mother's African-American. I was raised by my father and my stepmother, who were both Sudanese.

The song "You Grew Up" has a verse about a childhood best friend who was white. You say, "I was trying to keep my Nikes clean / He was trying to scuff his Chucks up." This is your actual life?

Yes and no. I did start off my early childhood in Silver Spring, Md. And my best friend at the time was white. He was a kid who was really into going into sediment ponds and catching snakes and frogs. I remember hanging out with him and going up on the train tracks in Silver Spring in the summertime where he would catch snakes that were sunbathing. Me, I'm listening to rap music at this time, asking my dad for Nikes, and he literally was asking his mom for Converse, saying they look better when they're dirty. And I was like, are you kidding me? You can't do that, you have to keep 'em clean. And that was my first interaction with a cultural difference and us being both very American. I didn't know it at the time, but I was like, "Why am I praised for the cleanliness of my Nikes while he's praised for the dirtiness of his Converse? What is that?"

There's another sequence later in the song that I wanted to ask you about. It begins, "You ever have a friend that became a fanatic?" Where does this vignette come from?

A story came out about a Sudanese son of Sudanese parents who lived in the United Kingdom, who gave their child a very good life and all that he could ask for, but didn't necessarily know what was going on outside of the home as their son attended school and interacted with kids in the street. Apparently, it wasn't that easy for him to be Muslim where he was, and he became attracted to radicalism and became an ISIS executioner.

That is when the second verse started to make itself, where I remember me being a kid in Prince George's County where everyone was predominantly black, where I would be made fun of because my last name was Mohammed. Students would ask me, does my father drive a taxi, just because of my ethnicity. And I'm only half-Sudanese, so I don't want to know what Arabs experience who phenotypically look Arab, have similar names to myself, and are raised in areas of the country that are far less diverse than my own, if I experience that on that level. That is basically how that song came about.

Why do you think that young man from the UK was lured into ISIS?

There's another song on the album, called "Waiting Outside," that talks about mental illness. I mainly focus on mental illness in the African-American community, but there's something that needs to be said about depression, stress and mental illness in the communities of developing countries. Sudanese people, and many other countries around the world, see the idea and the concept of depression, stress, anxiety attacks, nervous breakdowns, mental illness, as something that only white people and Europeans go through and experience — let alone seek help for, and actually speak to someone and pay someone to help them with their problems.

With that being said, it gives a false presence that we're impenetrable and we're not vulnerable to those same instances. So when you have children that you may be giving the perfect life to, but they're being picked on at school, harassed on the bus home, not appreciated the same in the workplace and experiencing adversities that they don't necessarily feel comfortable to talk about with their own parents — if there's someone that finally lends them an ear, they may not care what type of ear is listening. And this is the same type of victimization that happens to kids who join gangs, who join military regimes, who join terrorist cells. It's the same type of psychology, preying on the vulnerability of fragile people.

Let me ask you about one more song, "Never Not Getting Enough." What do you want people to hear in this song?

I think America is waking up in general — and this is people in power in America, and the majority — to what a lot of the minorities have been saying for quite some time. "No, we haven't come that far," or "I'm a victim or racism." I think African Americans in this country, we've experienced so many presidencies where not much has changed for the black experience, so this is just yet another president that doesn't care about us. And it's easier, because he's a bit more upfront with it.

People ask me, "Amir, are you worried about what Trump's doing? Are you worried about the impact this can have on your life?" I don't know what else can be done that hasn't been done already. They say, "Well, are you worried about the Muslim ban?" You know how many white rooms I've been detained in since 9/11? You know how many times my passport has been looked at by an official and they look me in the eyes and ask me what country I'd been born in, as they're looking at my passport? These offenses have been happening to me for quite some time. I'm normally the one who takes the longest when I tour with my band — it's an ongoing joke, where we all get in separate lines, 'cause they know that if they get behind me, they're not gonna get out to the baggage carousel first, because I'm the one who's always detained.

You're talking about something that's lasted a lot longer than the current presidency.

Right! So there we have the line, "What is there to fear? / I'm from Black America, this is just another year."

No, there's nothing to fear for me! I don't necessarily want to believe this, I don't want to subscribe to it, but I've been taught to look after myself and not to depend on my country to do so. So I've become accustomed to it. I've been taught by my father, "Amir, don't get involved in politics. Keep your head low, make your money, don't make a fuss or they'll kick you out." I've been taught by grandmother and my mother, "This country doesn't love you, you've gotta go out there and get it on your own and make it happen for yourself." So the president doesn't matter to me. I don't think that that should be right, but this is what I've been taught.

I have a strange question to wind up with: Are you happy?

Absolutely! Maybe my happiness is inappropriate because of all that's going on in the world, but I was taught to take care of myself, and I'm doing a very good job of such.