Accessibility links
Not My Job: Author Nora Roberts (aka JD Robb) Gets Quizzed On J.D. Salinger Nora Roberts, who sometimes publishes under the name JD Robb, has had 198 books on the New York Times best-seller list. We'll ask her three questions about a somewhat less prolific author. 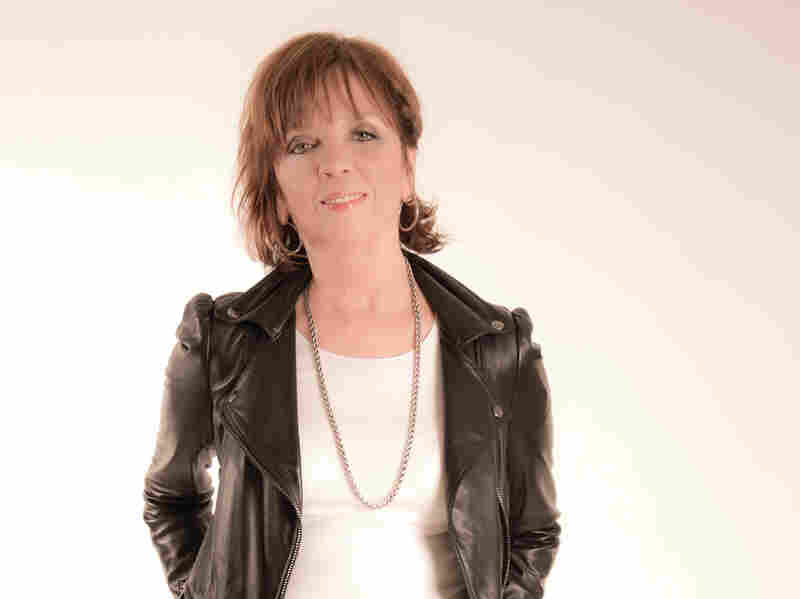 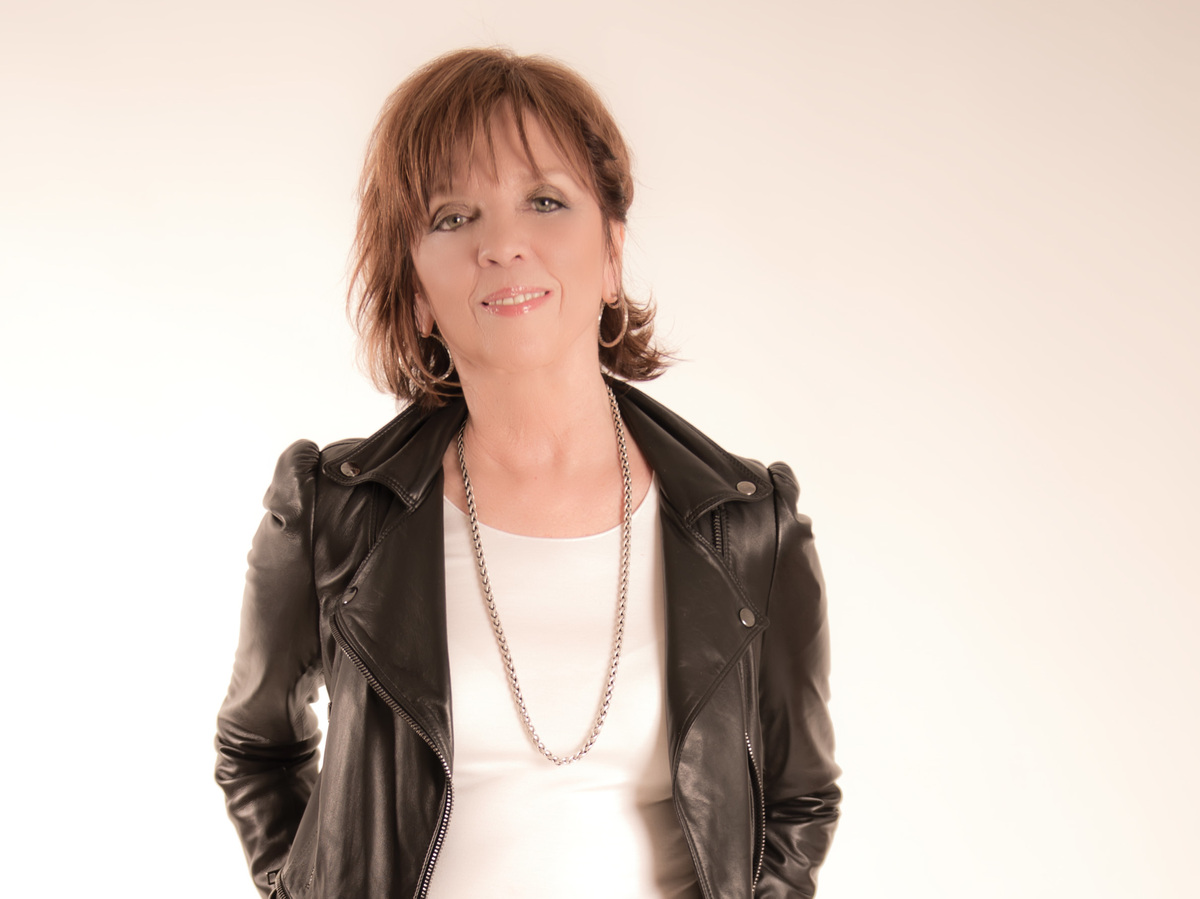 If you added up all the time Nora Roberts has spent just in the No. 1 spot of the New York Times best-seller list, she would clock in at more than four years. She's had 198 books on the list in total — both romance novels and thrillers.

Roberts sometimes publishes under the name JD Robb, so we've decided to ask her three questions about another, somewhat less prolific JD — J.D. Salinger, author of The Catcher in the Rye.

And now the game where people who have done a lot come on to do just a little extra. It's called Not My Job. Nora Roberts may be the most successful author since this God guy wrote the Bible. She's had 198 New York Times best-sellers, both romance novels and thrillers. And if you added up all the time she has spent in just the number one spot, it would be more than 4 years. We are grateful she has agreed to stop writing for a few minutes to spend some time with us.

SAGAL: So you are so prolific and successful. It's amazing to me. Do you know offhand how many books you have published?

SAGAL: So how many books do you write per year?

ROBERTS: Totally depends. You know, how long does this one take to write? I don't really plan that out in advance. It just depends on how it flows.

SAGAL: Right, I see. So does a book normally take you, I don't know, six months, a year? It can't be true, right?

ROBERTS: No, it takes till it's finished every time.

SAGAL: I understand, pretty much. And let's go back. And how did you get started? You, of course, made your name - am I correct in that you made your name first as a romance novelist?

ROBERTS: Yeah, I think a lot of us started that way. And I've - I always thought everybody made up stories in their heads. Never thought about actually writing them down on paper until I was snowed in with the kids in the blizzard of '79 - 3 feet of snow. I live in a rural area and was stuck. No morning kindergarten - it was a nightmare.

SAGAL: That sounds more like a horror genre than romance, but go on.

ROBERTS: But that's how I started, just deciding instead of another game of Candyland, which, you know, might have been murder-suicide...

ROBERTS: ...I decided to write a book.

SAGAL: Right, I see. What did you do - so in this scenario, you're stuck in the house with your very young children with nothing else to do. So what did you do with the kids while you decided to sit down and write your first novel?

ROBERTS: We have a lot of closets.

SAGAL: People say that they love your romance novels more than, you know, the mass-market books because you add a little special something that's not the typical stuff. Could you describe what makes a Nora Roberts romance novel different?

ROBERTS: Well, I don't really write romance at this stage, but I write about relationships.

ROBERTS: I never have...

SAGAL: In Nora Roberts' books the bosoms remain still. They do not heave.

SAGAL: Now, you also write thrillers under the name J.D. Robb. So why are you writing under a pseudonym?

ROBERTS: I write a lot of books. And at one point, way back when, they were building up inventory and my publisher called me and told me I needed a hobby. And I didn't want a hobby. I just wanted...

SAGAL: ...To, like, most and best-selling novelist, perhaps, alive, stop writing books. We're selling too many of them. I have too much money. Stop.

ROBERTS: For some reason, they actually wanted to publish other people, too. And my agent had been encouraging me to take a pseudonym, and I really didn't want to. She said, Nora, there's Pepsi, there's diet Pepsi and there's caffeine-free Pepsi. And that's when my light bulb went off and, oh, let me rethink.

SAGAL: Oh, I see. So Nora Roberts is your Pepsi.

SAGAL: And J.D. Robb is your Pepsi with murder.

ROBERTS: Yeah. There you go.

SAGAL: Now, can I ask - how long have you been married?

SAGAL: That's a long time to be married.

ROBERTS: No more than - you know, I don't go out and kill people either, to...

ROBERTS: ...To be inspired to write a murder scene.

SAGAL: But that touching scene in one of your novels where the guy fell asleep in front of the TV with his mouth hanging open, that was...

SAGAL: You're telling me you invented that?

SAGAL: I have to ask you one thing because you are so prolific. Have you ever, for one minute in your life, had writer's block?

ROBERTS: I don't let myself believe in it. I feel very strongly writing is habit as much as an art or a craft. And if you write crap you're still writing.

ROBERTS: And you can fix that. But if you walk away then you've broken the habit.

SAGAL: Really? But you've never, like, finished a novel and said, I have written about all the relationships I can think of and all the murders I can think of, I got nothing?

ROBERTS: Oh, no. There are 88 keys on the piano, but do you run out of music?

SAGAL: There she is, ladies and gentlemen, Nora Roberts.

SAGAL: Well, Nora Roberts, we are delighted to talk to you. And we've asked you to play a game we're calling...

BILL KURTIS: You're a recluse who never writes anything.

SAGAL: So as we discussed, you write under the name J.D. Robb because you're writing too many books to publish under one name.

SAGAL: So we're going to ask you instead about J.D. Salinger...

SAGAL: ...Who wrote pretty much nothing for the last 50 years of his life.

SAGAL: Answer three questions about the famous recluse, you'll win our prize, Carl Kasell's voice on their voicemail, for one of our listeners. All right, Bill, who is author Nora Roberts playing for?

SAGAL: All right, you ready?

SAGAL: All right, here's your first question. J.D. Salinger came to literary fame relatively late in life. He was in his early 30s. But - so before he became a famous author, he did which of these jobs? Was he A, a cruise ship entertainment director; B, a professional hand model; or C, a competitive ballroom dancer?

SAGAL: Yes. He was one of those things.

ROBERTS: Oh, he was one of those things. I'm going to say a ballroom dancer.

SAGAL: Oh, I wish. He was actually a cruise ship entertainment director.

SAGAL: Can you imagine that?

SAGAL: All right, you phonies, it's time for bingo.

SAGAL: All right, you have two more chances. Famously, as we now know, J.D. Salinger became a recluse at the height of his fame. Some blamed his difficulty with public attention or his experiences in World War II. But what other trauma might have sent him fleeing from human contact? A, the X-ray specs ordered from the back of a comic book did not turn out to work; B, his girlfriend was once stolen from him by none other than Charlie Chaplin; or C, he once accepted an award and discovered afterwards his fly was down the whole time?

ROBERTS: (Laughter) I would love it to be three. Gosh, he seems a lot younger than Chaplin. I'm going to say the fly just because it's funnier.

SAGAL: Remember, Charlie - I'm going to say about Charlie Chaplin, it wasn't questioned whether Charlie Chaplin was older than J.D. Salinger. The question is whether the girl was.

SAGAL: Yes. So I'm trying to give you a big hint here.

ROBERTS: Oh, you're giving me a break on that?

ROBERTS: I should go with my first instinct of Charlie Chaplin?

SAGAL: Yes, you should.

SAGAL: Yes. In the '40s, J.D. Salinger dated Oona O'Neill, daughter of Eugene O'Neill. And then she, under short order, became Oona Chaplin, and J.D. was mad. All right.

SAGAL: Your last question. For most of his life, J.D. Salinger did, in fact, remain a recluse up in New Hampshire. And he turned down many tempting offers such as which of these - A, a chance to be a guest judge on season one of "American Idol..."

SAGAL: ...B, an offer from Jerry Lewis to adapt and star in his novel "The Catcher In The Rye"; or C, a spot on those American Express do you know me ads from the 1970s in which he would say - do you know me? No? Good - and run off camera.

ROBERTS: Boy, they're all pretty good, aren't they?

SAGAL: It turns out that Jerry Lewis was obsessed with the character of Holden Caulfield and constantly demanded that he be given the rights to star in a movie adaptation. Bill, how did Nora Roberts do on our quiz?

SAGAL: Congratulations, Nora. That was awesome.

SAGAL: So I'm just going to ask - I know you have a book coming out, but do you have the next one already underway?

ROBERTS: Actually, they - the next is "Come Sundown." It'll be published in June by St. Martin's Press. And that's set in Montana, a suspense novel under my name.

ROY BLOUNT JR: Are you writing something right now?

ROBERTS: At this very minute? No.

SAGAL: We appreciate you taking the break. Nora Roberts is an award winning and best-selling author of over 200 books. Her latest book, written under the name J.D. Robb, is "Echoes In Death," available now. Nora Roberts, thank you so much for joining us.

SAGAL: In just a minute, Bill orders a really happy meal in the Listener Limerick Challenge. Call 1-888-WAITWAIT to join us on the air. We'll be back in a minute with more of WAIT WAIT... DON'T TELL ME from NPR.