February is Black History Month, a celebration that goes back to 1926, when it was known as Negro History Week. To celebrate, our friends at Alt.Latino are highlighting Afro-Latino culture through interviews and, of course, music. Alt.Latino host, Felix Contreras, is in the studio with us to share some of his picks. Hey, Felix.

GARCIA-NAVARRO: So Felix had help this month from Alt.Latino assistant producer, NPR Kroc Fellow Jessica Diaz-Hurtado, who's also with us in the studio. Hey, Jessica.

GARCIA-NAVARRO: OK. So Black History Month is also known as African-American History Month. But there are obviously some in the Afro-Caribbean and Afro-Latino community who feel that that phrase does not capture some of their culture.

CONTRERAS: OK. First of all, let me say that I'm not Afro-Latino. But there is quite a bit of information out there in social media and in media in general about how these folks feel sort of trapped or neglected between either being Latino or African-American and - even to the point of, like, they don't know what box to click on the census often. So, as a result, there's a very strong movement now to reclaim a sense of Afro-Latino.

GARCIA-NAVARRO: And, obviously, one of the ways to do that is through their music. Jessica, you're 26 today. Happy birthday.

GARCIA-NAVARRO: (Laughter) So we're counting on you to bring us your youthful insights. So where do you see Afro-Latino identity in music?

DIAZ-HURTADO: I think there is this reclaiming of Afro-Latinidad through culture and through music. And one of the examples I think of is "Africana" by Los Rakas. Los Rakas is an Afro-Panamanian group based out of the Bay Area. They have this fusion called Panabay where they mix Caribbean sounds with hip-hop. And "Africana" is an ode to black women and their beauty.

GARCIA-NAVARRO: So the group talking there about the beauty of black skin, the color of caramel, a celebration of African women. Felix, you're going to introduce us to something close to my heart, obviously, having been based in Brazil, some classic Afro-Brazilian sounds.

CONTRERAS: OK. There's a great album that came out recently. It's called "The Brasileiro Treasure Box Of Funk And Soul."

CONTRERAS: And it's a collection of killer tracks from the '70s. And it's fascinating because, in the pre-Internet era, when you read the lines and notes and look at the dates when they were recorded, things were happening in Brazil almost instantaneously as they were happening in the United States in terms of instrumentation, in terms of style, in terms of sound. And I brought in a track called "Swinga Sambaby." It's by a group called Trio Mocoto. And you can hear, if you listen closely - if you just take out the Portuguese, you can hear, like, maybe even some Herbie Hancock from the '70s. Check it out.

GARCIA-NAVARRO: So, Jessica, what's happening in Brazilian culture and music today? What stands out to you?

DIAZ-HURTADO: Right now I have my eye on Liniker e os Caramelows. There's a song they have called "Zero." Liniker - she fronts the band. She's a black, trans woman. And she's a singer. And they're based in Sao Paulo. And I was able to interview Liniker. And she says that, simply, her mere presence on stage as a black, trans woman is very political because she feels that society tries to invisibilize (ph) her community. And "Zero" is a song about reframing how we see love and how we share it.

GARCIA-NAVARRO: As you guys explored the musical roots of Afro-Latino music this month, what else stood out to you?

CONTRERAS: It's Vallenato from Colombia.

CONTRERAS: Right? And the album's called "Ayombe! The Heart Of Colombia's Musica Vallenata." And it features the accordion. And this is called "Pedacito de Acordeon."

Get To Know Afro-Brazilian Music With This Alt.Latino Mixtape

Get To Know Afro-Brazilian Music With This Alt.Latino Mixtape 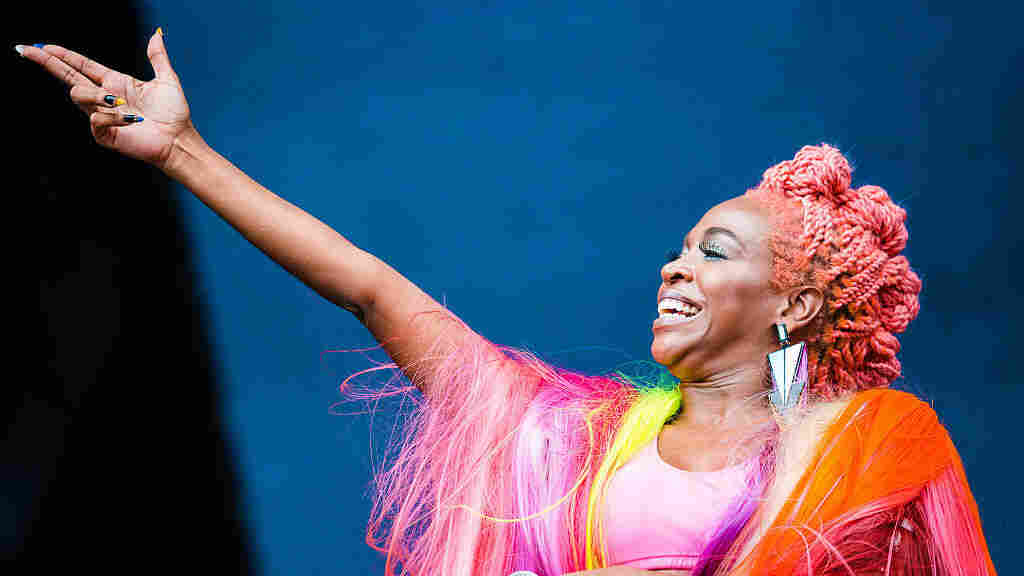 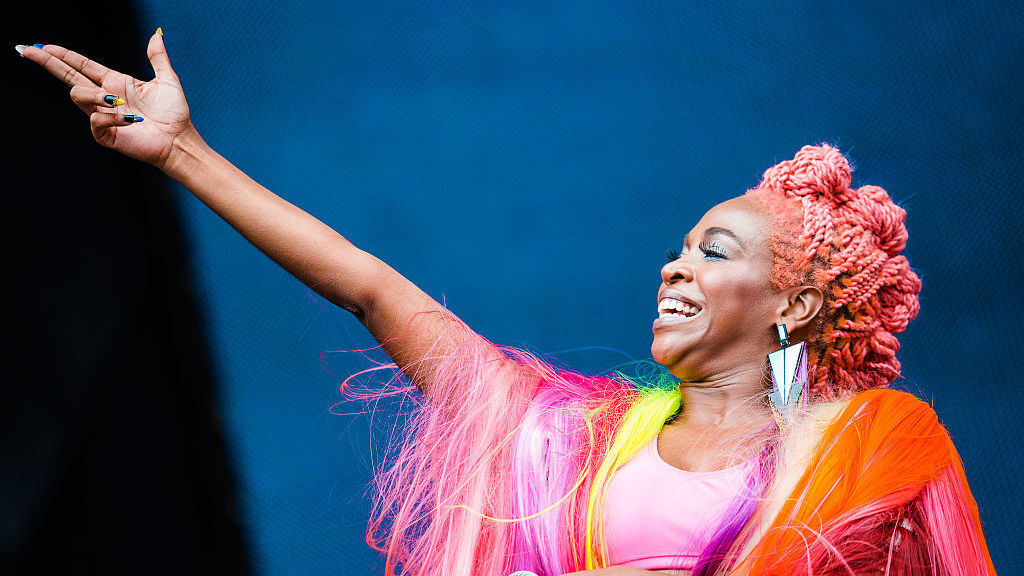 Karol Conka performs live on stage at Autodromo de Interlagos on in Brazil. She's a featured artist on this week's show.

To me, one of the most fascinating things about the cultural history of the African diaspora is how rhythms and beats from west Africa spread throughout the so-called "New World" and were interpreted so differently that each country with a history of slavery developed its own distinct rhythmic identity.

Think about it: There are some not-so-subtle differences between Afro-Cuban and Afro-Brazilian music. There is a resurgence of Afro-Colombian music that has virtually no sonic resemblance to the music made by Mexicans of African descent.

And yet they are all connected to Africa.

This week we continue our celebration of Black History Month by listening to Afro-Brazilian music in the context of contemporary Brazilian sounds. Brazil is a very big and ethnically diverse country, so we can't cover all of the musical bases — but you'll hear the most variety we could fit into a single show!