Accessibility links
Adulting School Teaches Young Adults Grown-Up Skills Many young adults struggle with the transition to adulthood, finding it difficult to do things like manage their money and pay bills on time. This new school in Maine is here to help. 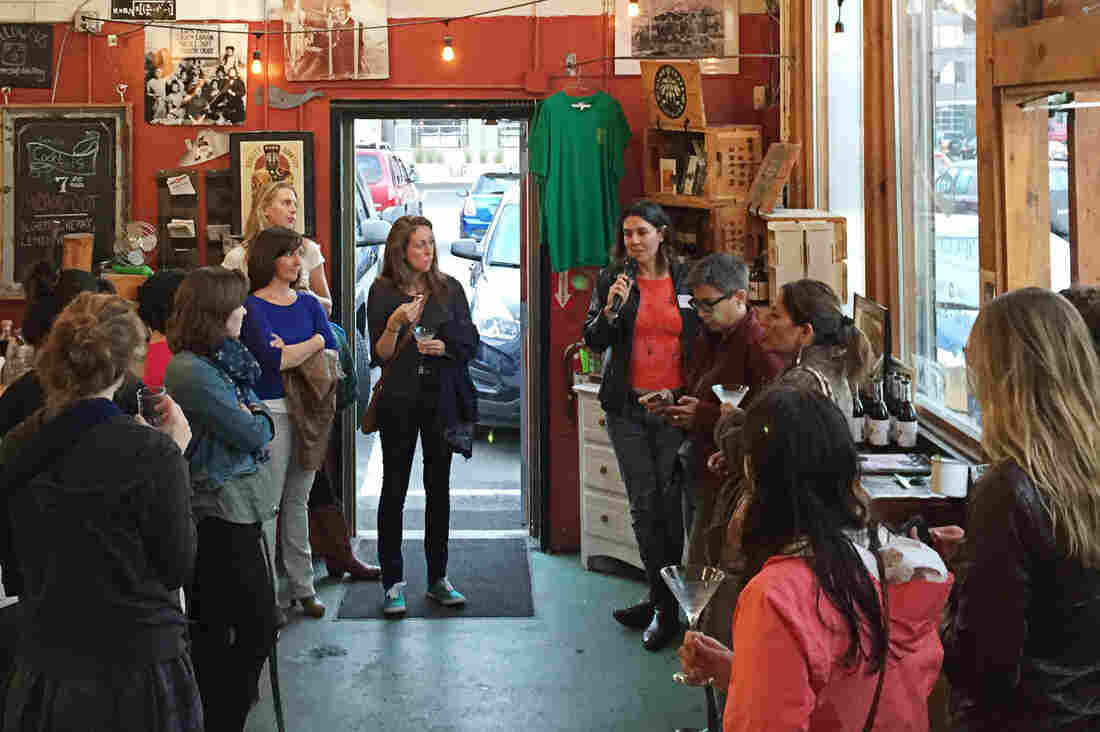 A happy hour event put on by the Adulting School, where participants learn how to make craft cocktails, at Maine Craft Distilling in Portland, Maine. Other skills taught by the school include changing a flat tire, making deviled eggs and folding sheets. Courtesy of Rachel Weinstein hide caption

Transitioning to adulthood isn't new, but there is a more modern way to describe it: adulting.

And now a new school in Maine, called the Adulting School, is dedicated to teaching skills like these to fledgling adults so they can become successful grown-ups.

The school offers private social media groups and live events at local bars and restaurants. At these events, attendees can learn skills like how to network as a pro or how to fold a fitted sheet.

Carly Bouchard, 29, sat among a couple of dozen young adults sipping drinks at a Portland restaurant and hoping to uncover their true financial self.

Although she went to business school, Bouchard said, she now needs the Adulting School. 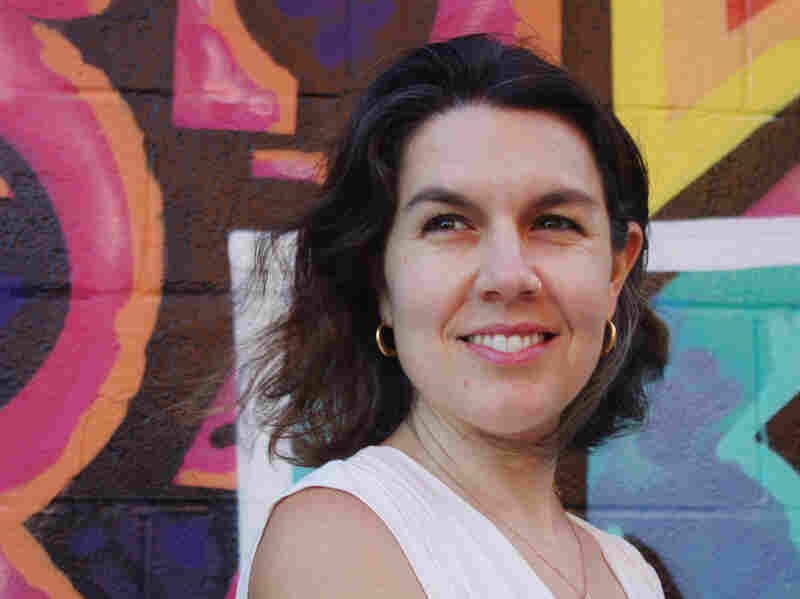 Co-founder Rachel Weinstein got the idea for the Adulting School from her work as a psychotherapist. She noticed that a lot of her clients struggled with the transition to adulthood, like paying bills on time and choosing a career. Courtesy of Rachel Weinstein hide caption 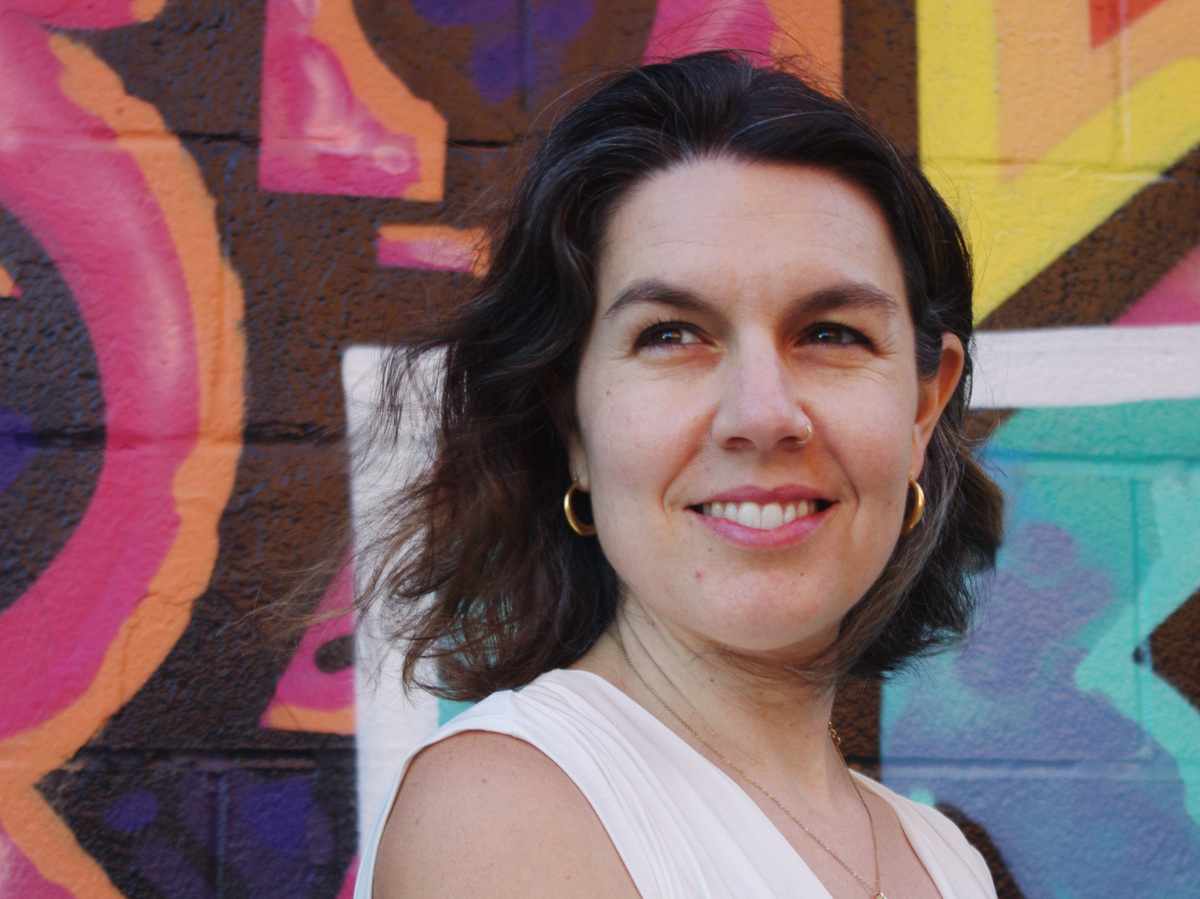 Co-founder Rachel Weinstein got the idea for the Adulting School from her work as a psychotherapist. She noticed that a lot of her clients struggled with the transition to adulthood, like paying bills on time and choosing a career.

Adrienne Abramowitz, 25, watched a demonstration on proper folding and then grabbed a fitted sheet as her friend Emily Rice, 26, coached.

"You put it together, and then you pinch it," Abramowitz said.

But after a futile attempt, they called for help.

Despite the fun vibe, the goal behind the school is serious.

Co-founder Rachel Weinstein got the idea from her work as a psychotherapist. She noticed many of her clients struggled with the transition to adulthood. Things like paying bills on time and choosing a career were difficult for them.

"You know, when you see 10 people feeling like they're the only one, and they're all struggling with the same thing, you think, let's get these people together so they can learn this stuff and not feel so isolated and ashamed," Weinstein said.

Managing money is a common source of stress for the school's attendees.

They tend to be millennials and women. Lindsay Rowe Scala, 32, said she is trying to figure out how to save for the future and pay off school debt.

"In job interviews, they're always asking 'Where do you want to see yourself in five years?' " she said. "And I never know how to answer that because I'm always thinking on how to survive today and next week and what's coming up."

Holly Swyers, an associate professor of anthropology at Lake Forest College who has researched adulthood, said this stress goes back generations. She said part of the problem is that classes that teach life skills, like home economics, aren't emphasized and there is no dedicated place to learn adult skills.

"We go through this age-graded system, and it tells us just do this and you'll be fine," Swyers says. "And then you graduate from high school or from college, and suddenly, there's no more rules about, if you just do this step, that's what comes next."

The Adulting School has drawn criticism for its perceived coddling. But Swyers said the school deserves kudos for addressing a real problem.

As adults navigate from dependence to independence, Swyers said she would like to see more proactive approaches in helping them accomplish their transition.