Accessibility links
Book Review: 'The Orphan's Tale,' By Pam Jenoff Pam Jenoff's new novel follows two women who sign on with a German traveling circus — and the Jewish baby they're both determined to protect as the darkness of World War II falls across Europe.

The Circus Is A Glittering Wartime Refuge In 'The Orphan's Tale'

The Circus Is A Glittering Wartime Refuge In 'The Orphan's Tale' 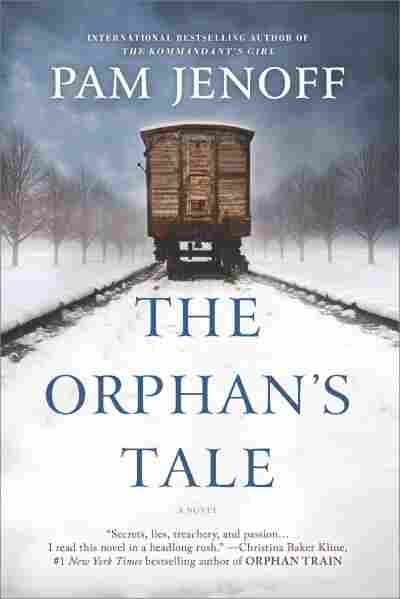 Oh, no! Trouble on the tracks! Christina Baker Kline's Orphan Train has collided with the circus caravan from Sara Gruen's Water for Elephants, and out of that wreck has come Pam Jenoff's The Orphan's Tale. The novel is a magical carnival saga, a bit grittier than either of its antecedents, and with more at stake.

Yes, at the center of the action there is indeed a train, the rolling caravansary of the venerable Circus Neuhoff, complete with elephants and glittering acrobat costumes. And, yes, there is an orphan, in this case a Jewish baby, a parentless waif who must be kept safe at all costs. Also hiding out on board is Astrid, a Jewish aerialist who becomes one of the book's narrators.

The story starts in the present day as Astrid, now an elderly woman, travels from America to the Paris opening of a contemporary museum exhibit that highlights "Two Hundred Years of Circus Magic." Behind the scenes at the museum she stumbles upon a parked, vintage railcar, featuring oddly constricted berths and a "belly box," or secret compartment. She's been there before.

This opening teaser draws us back to wartime Germany, where a Dutch teenager is on the run, incognito. This is our second narrator, Noa, banished by her parents after an out-of-wedlock birth. She adopts away the poor nameless newborn, grieving her loss and being tormented by vivid visions of the child.

The shadow of World War II falls heavily over the action, and the murderous rampage of the Holocaust threatens all of the main characters. When a train rumbles through the station where she has found work, the baby-bereft Noa discovers new purpose in a way both horrifying and miraculous. One of the cars is packed full with Jewish infants, wholly lacking any adult presence, all starvelings bound for a concentration camp — a chilling, heartbreaking image, true to the time. Noa manages to break into the nursery-slash-cattle car and rescue a half-dead months-old child.

Jenoff has written a tribute to the human spirit that soars in the midst of epic despair.

"I am unfamiliar with infants [Jenoff writes in Noa's voice] and I hold him at arm's length now, like a dangerous animal. But he moves closer, nuzzling against my neck." Experiencing bouts of brooding that alternate with spasms of altruistic panic, Noa grabs the baby and makes a run for it.

After this breathless opening, Noa's voice alternates with the older Astrid. The older woman had been married and living in Berlin, but her husband's loyalty to the Reich caused an abrupt break. Having lost her circus-proprietor parents to the war, and with Nazis occupying her ancestral home, Astrid signs on with a circus willing to disguise her Jewish identity.

Much of The Orphan's Tale focuses on the testy relationship between naïve Noa, fiercely protective of the little boy she is mothering, and acerbic Astrid, whose tumultuous past leads her to trust no one. It is filled with engaging scenes of Noa learning to "fly" on a trapeze under Circus Neuhoff's aging, itinerant big top.

Noa is a novice, but she learns to overcome her fears and rely upon the stellar veteran Astrid. Telling details reveal circus life in the air and on the rails — every person, for example, is assigned two buckets to use for water, names emblazoned to lessen confusion. Such particulars are based in fact; Jenoff did ample research about real Jewish circus dynasties in the archives of Yad Vashem, the Holocaust memorial and archive, as well as learning about the actual "Unknown Children" of that terrible boxcar.

Hounded by the Nazi menace, the Circus Neuhoff travels to a refuge in occupied France. Both Noa and Astrid find men whom they love and whom they must struggle to save. Through the darkness of war, the circus lights twinkle on, the circus family lives and loves and laughs, all while beautiful athletes fly high above the crowd. It may seem a bit too neat and Hallmarkian to some, but Jenoff has written a tribute to the human spirit that soars in the midst of epic despair.